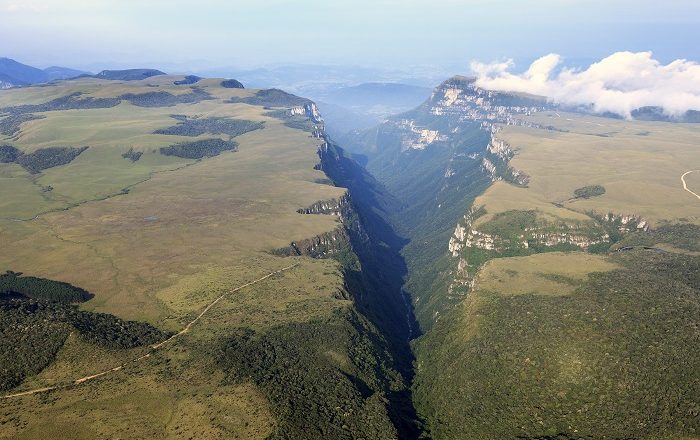 Fortaleza Canyon is a vast and quite grandiose canyon that is part of the Serra Geral National Park, which is part of the Municipality of Cambará do Sul, in the northeastern part of the State of Rio Grande do Sul, within the southern par f the Federative Republic of Brazil. 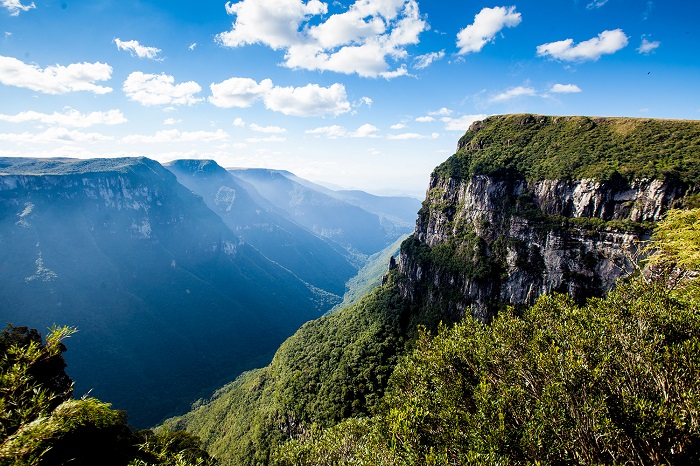 Considered to be one of the most difficult canyons to be reached, not just in Brazil, but in the entire world as well, the canyon always captivates all those who manage to come and see this magnificent natural feature from Brazil. With walls that are up to 900 meters (2,952 feet) in height, and length of about 7.5 km (5 mi), Fortaleza Canyon is most likely one of the greatest natural features that can be seen in this world. 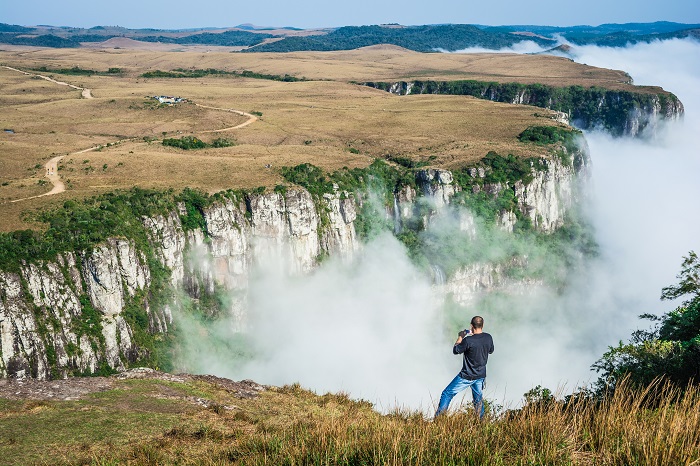 Even though difficult to be reached, there are two hiking trails that lead to this place, Pedra do Segredo Trail and Trilha do Mirante Trail. The usual hike time is 2 hours each way for both trails, where Pedra do Segredo takes visitors to the beginning of the canyon, from where the cascading Tigre Preto Waterfall can be seen falling down in four different cascades with estimated height of some 1,000 meters (3,281 feet). 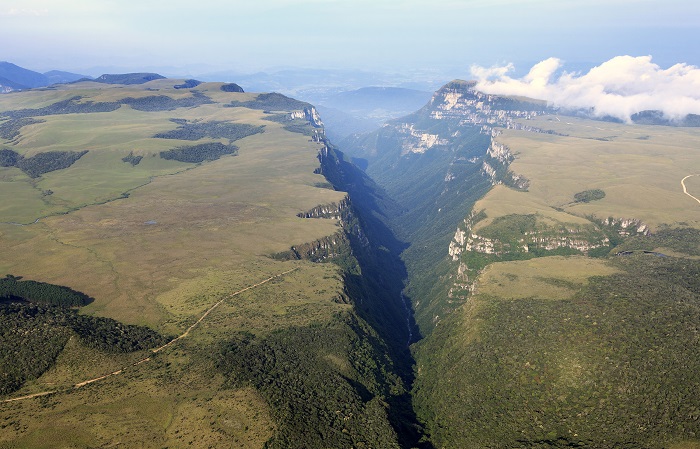 The other trail, Trilha do Mirante, is even better trail which leads to the end of the Fortaleza Canyon where visitors are awarded with a panoramic view of the grandiose canyon walls. After all, the width between the walls of the canyon is staggeringly 2 km (1.24 mi) wide, and this amazing work of nature has the highest point of 1,240 meters (4,068 feet) above sea level. 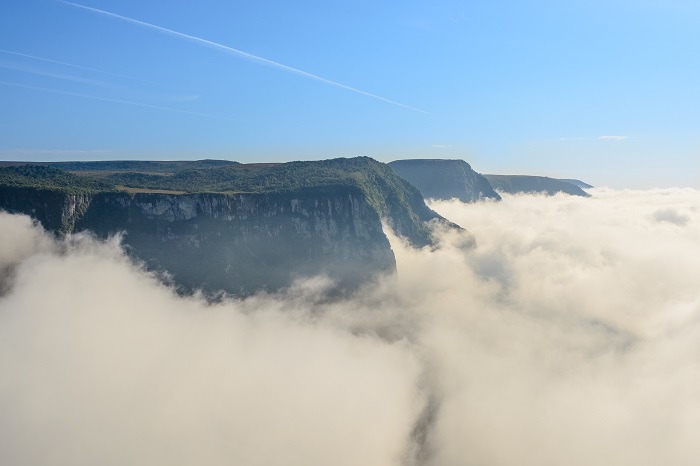 Serra Geral National Park was formed as such in 1992 with an area of about 17,300 hectares (4,2749 acres), centering it over the grand Fortaleza Canyon, however, it includes also Malacara, Churriado, Josafaz, Coroados Indians, Molha Coco, Leão, Pés de Galinha , Bonecas and Macuco, which fit into this landscape consisting of 63 gigantic cliffs. 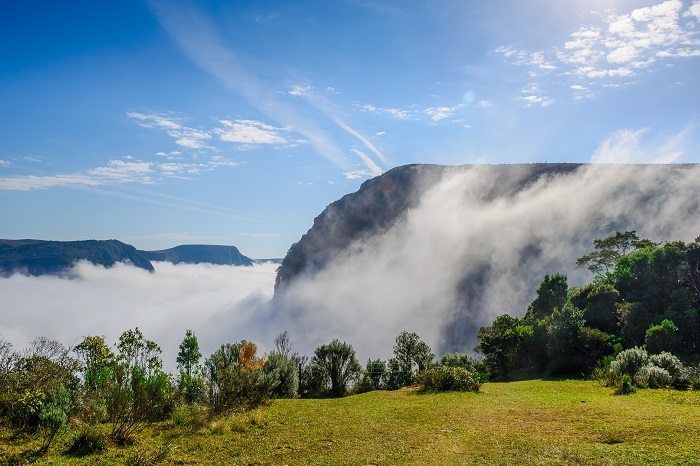 The best time to visit this marvelous place is throughout the entire year, since the scenery will captivate everyone that reaches the “promised land” of tall canyon walls, however, if visited in winter time, visitors must be always cautious since this is the rainy period that could be considered a little bit dangerous than usual. 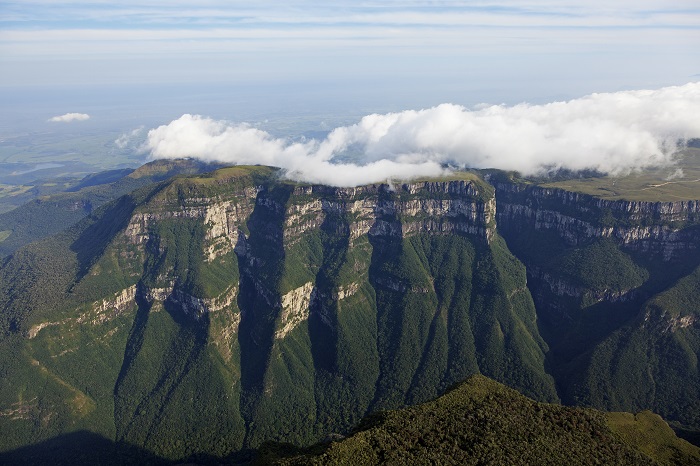 All in all, Fortaleza Canyon is not well known place in the big, wide Brazil, however, it guarantees that everyone who dares to visit this mysterious place will definitely won’t feel disappointed by the landscape. 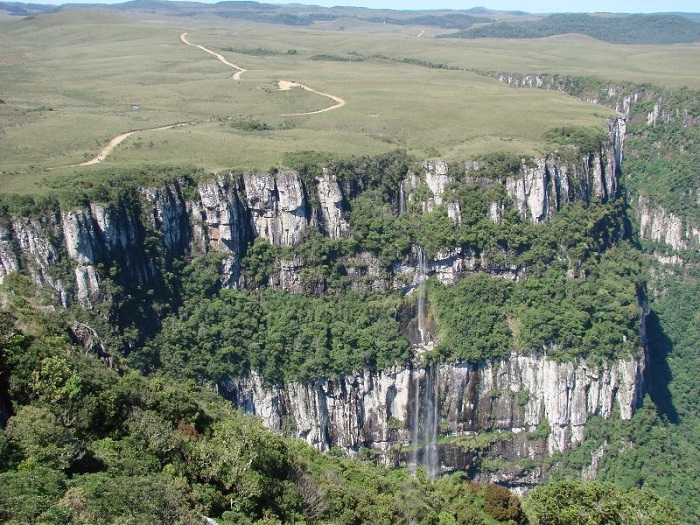 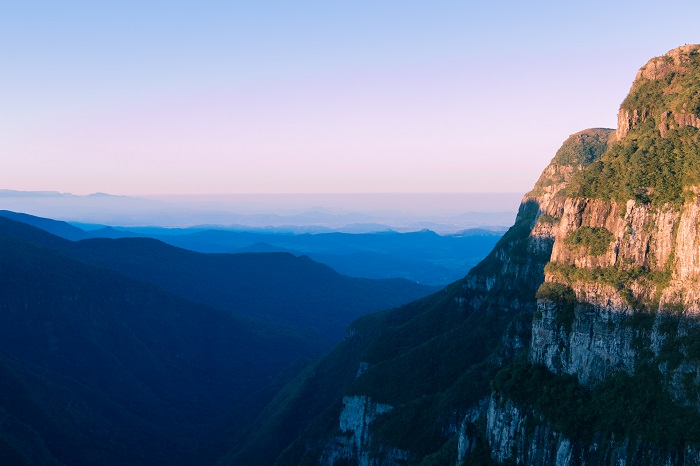 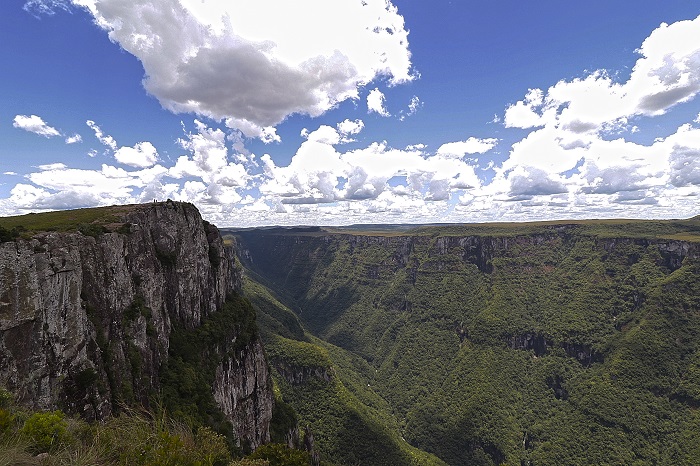 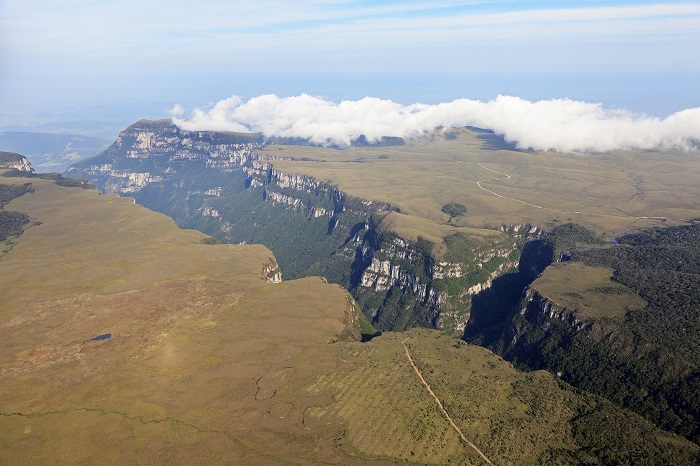 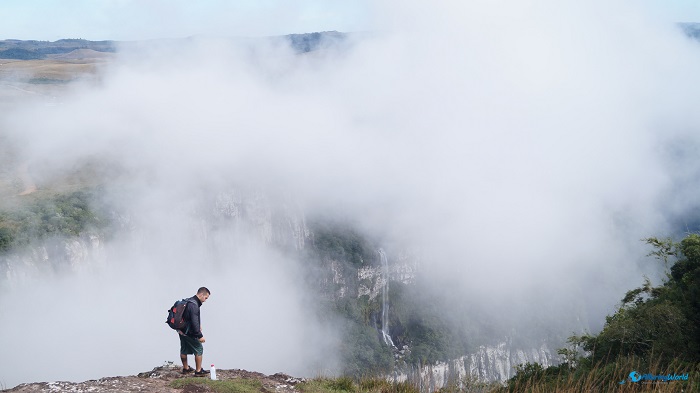 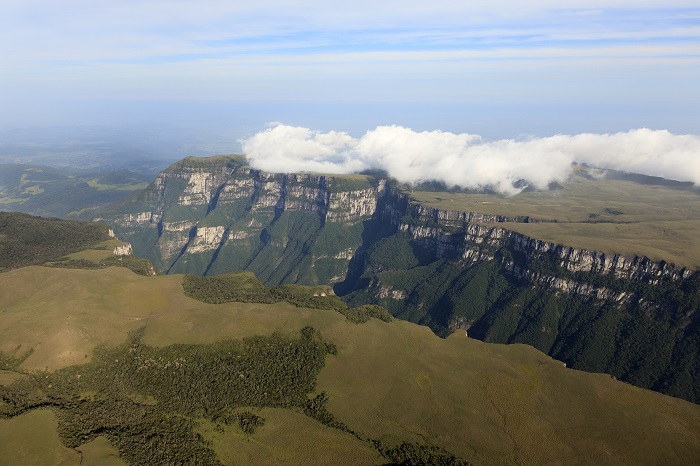