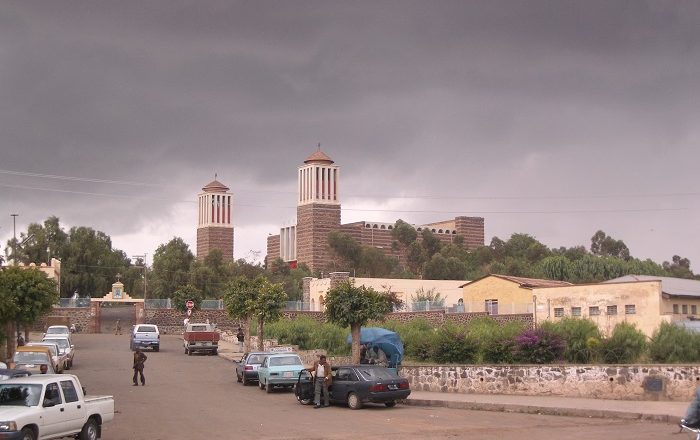 Enda Mariam Cathedral is an Orthodox cathedral which is located in the eastern portion of the central core of the capital city of Eritrea, Asmara. Even though the church existed before, the cathedral’s appearance that we can see nowadays was given in 1938. The church previously was constructed from wood and reconstructed with more permanent construction material, however, at the beginning of 1930s, the Italian governor of Asmara decided to make improvements to the structure, modernize it for that time, in other words, to create an even better structure. The job was given to an unknown Italian architect who added the upper portions of the flanking towers that were standing in front of the main building, but the modernist treatment for the façade is considered to be designed in 1920 by Ernesto Gallo. 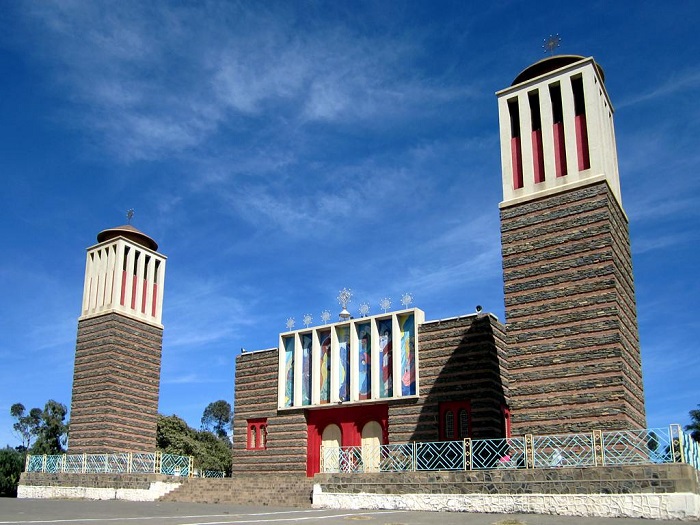 Some sources point that it could have been the work of Odoardo Cavagnari who also designed Asmara’s Opera and Asmara’s futuristic Fiat Tagliero service station but those are not proven yet. The structure is built entirely in alternate layers of brick and stone, emulating the layers of wood and stone of Aksumite architecture, a technique that has been in use for centuries throughout the Eritrean highlands. The main entrance is with two large white colored doors which have red frames, and on each of their sides can also be seen small windows. Right above the main entrance, seven different religious icons are showing Mary, the Mother of Jesus Christ. Serving as one of the most prominent religious landmarks in the capital city, Enda Mariam Cathedral is also known as Saint Mary, or better yet Kidisti Mariam, nonetheless, its official name is from the Tigrinya language which means “the place of, the habitat of [an object or person]” and when combined with another noun, it refers to the point that the structure is associated with something else. All in all, one of the greatest symbols which Asmara has to show the world, Enda Mariam Cathedral shall continue to inspire people to come and see this excellent masonry in person, and tell the long history that is behind this amazing religious object. 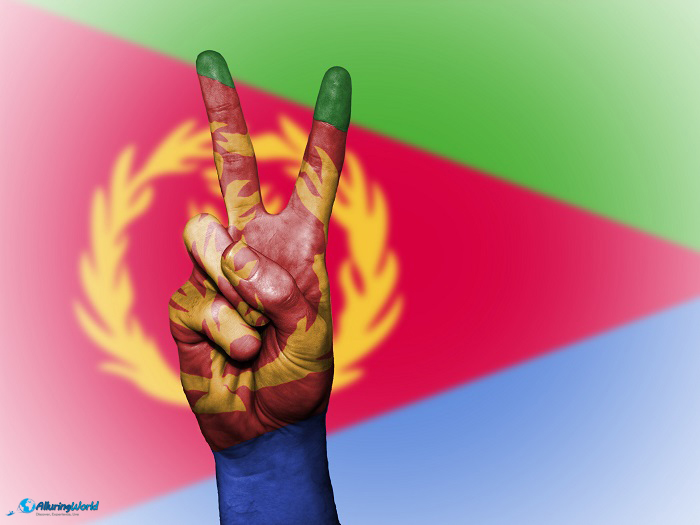