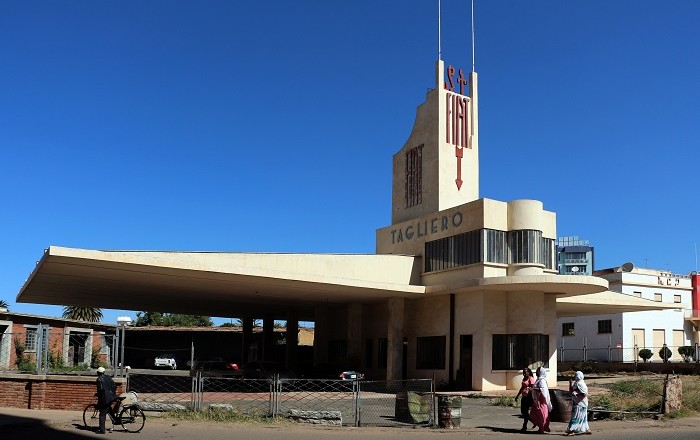 The Fiat Tagliero Building is a service station built in a futurist style with an interesting shape, located in the capital city of the State of Eritrea, Asmara. 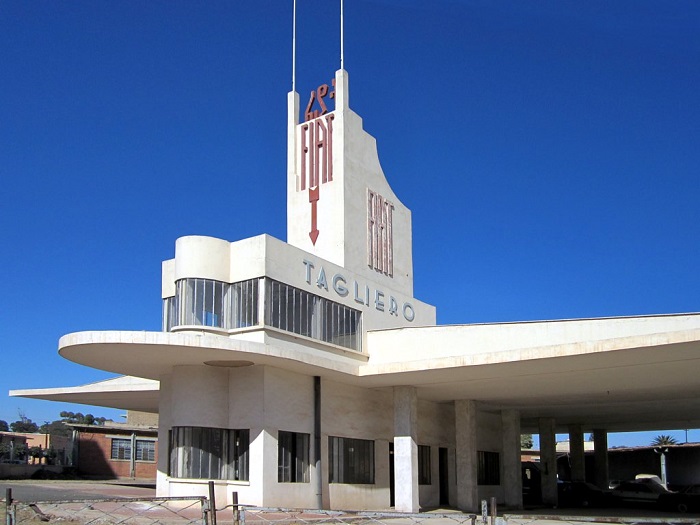 Designed by the Italian architect Giuseppe Pettazzi in 1938, it is supposed to resemble an airplane, consisting of a central tower which incorporates the office space and cashiers desk and shop. There are “wings” on each side of the structure, built entirely of concrete, which are 15 meters (49 feet) long, and as they are cantilevered, as seen from the front, they are the ones that give to the building the representation of an airplane. 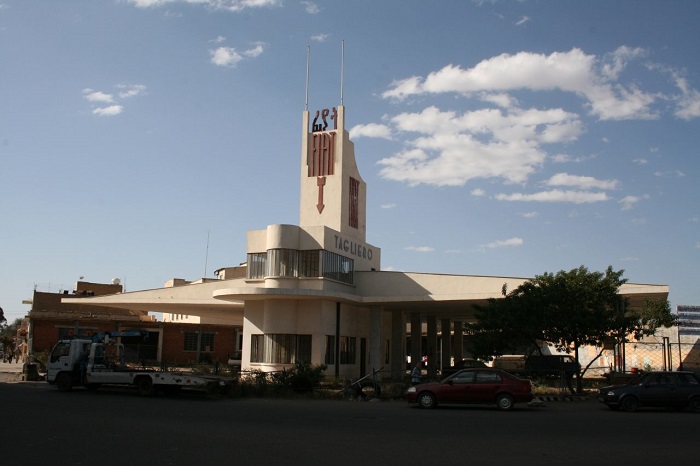 Fiat Tagliero was built at a major intersection where any of Asmara’s 50,000 cars could stock up on petrol and supplies before departing the metropolis for the airport or Eritrea’s southern towns and even Ethiopia beyond. 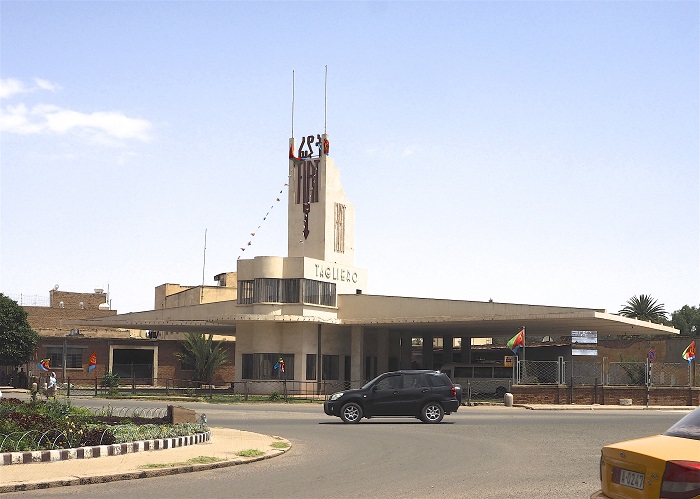 Even though there were concerns from the local authorities that the “wings” won’t survive a decade, and additional support must be put under them, Pettazzi strongly insisted for no support whatsoever, and that the structure would remain for many years. 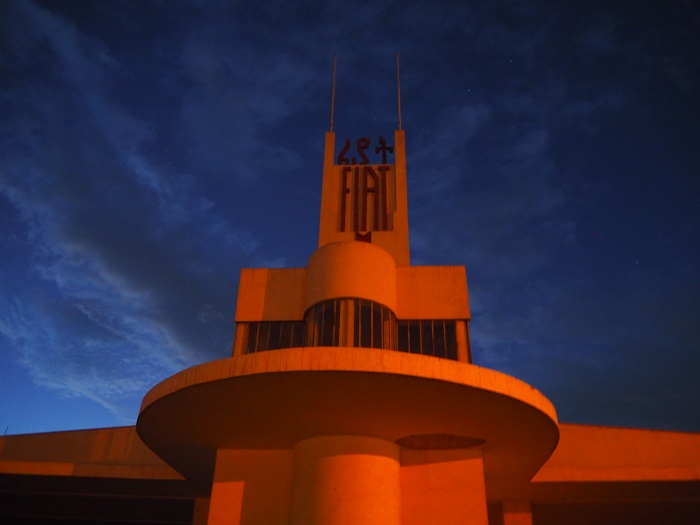 As the Horn of Africa was struck by plenty of violent conflicts, it does seem that the building is still intact, the “wings” are still as they were in 1938, however, the use of the building is somewhat disputable. 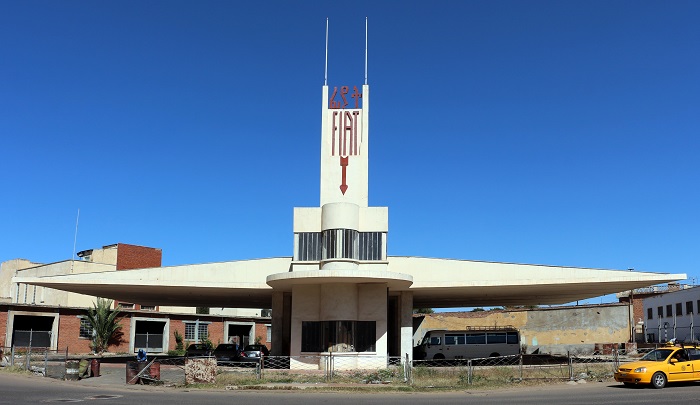 Being part of the Category I list of important sites and structures in Eritrea, the building was restored in 2003, and in no other way the building shall be adjusted, or remodeled. 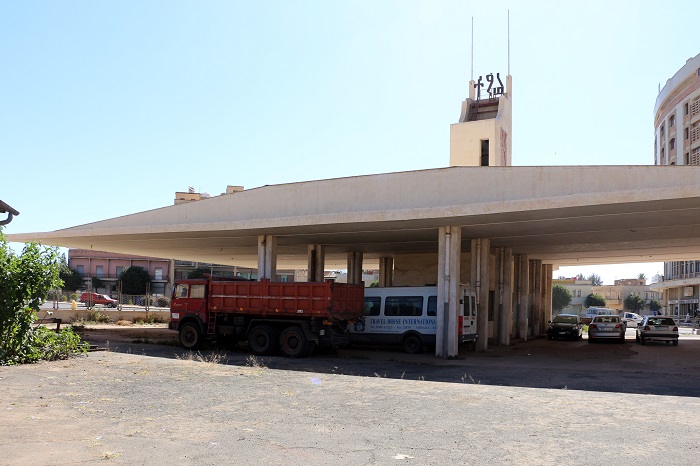 It is going to continue to be the beacon of infamous Eritrean past, when the Italians were ruling the land not caring so much for the citizens that were living there, with hope that many more people would learn about the interesting story the building has. 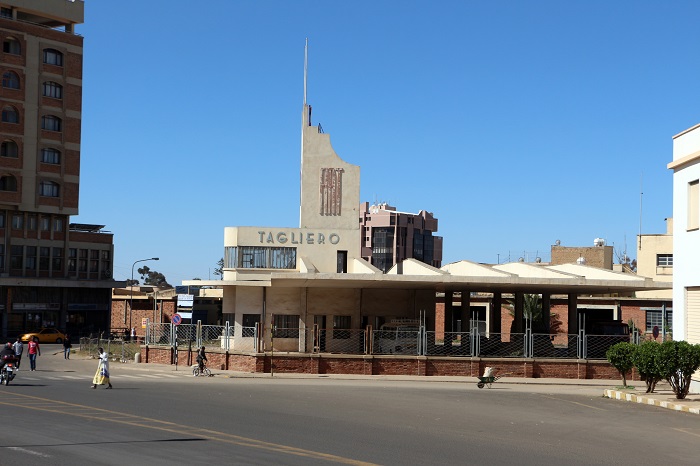 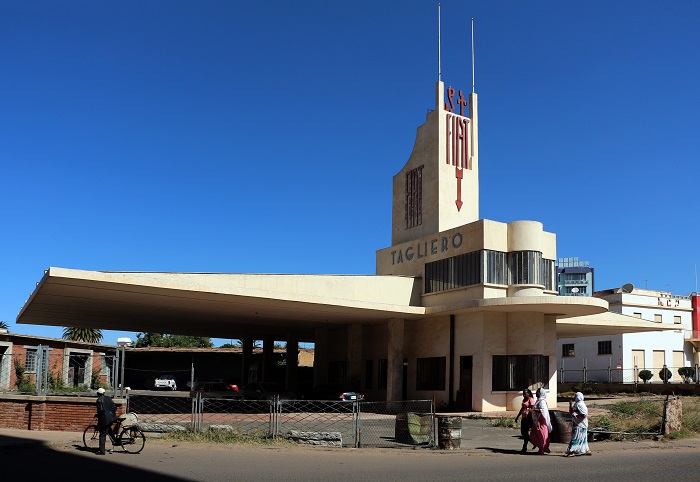 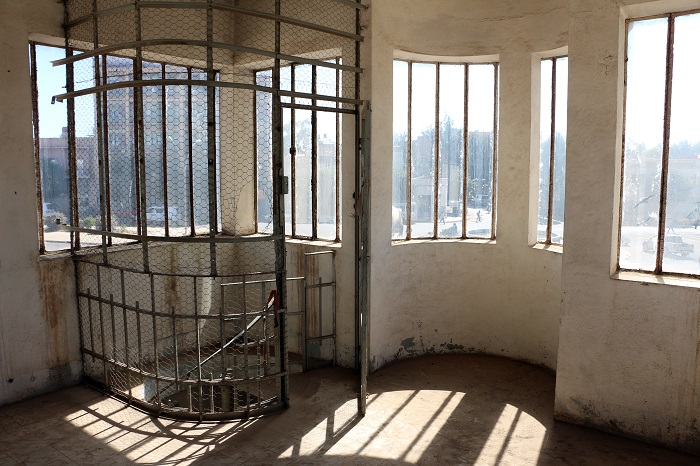 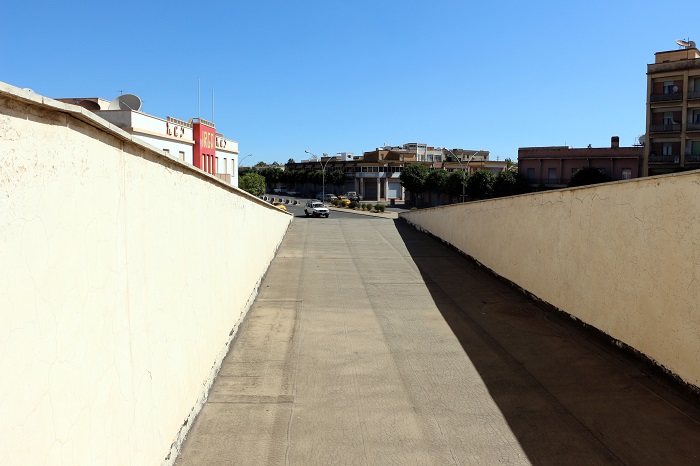