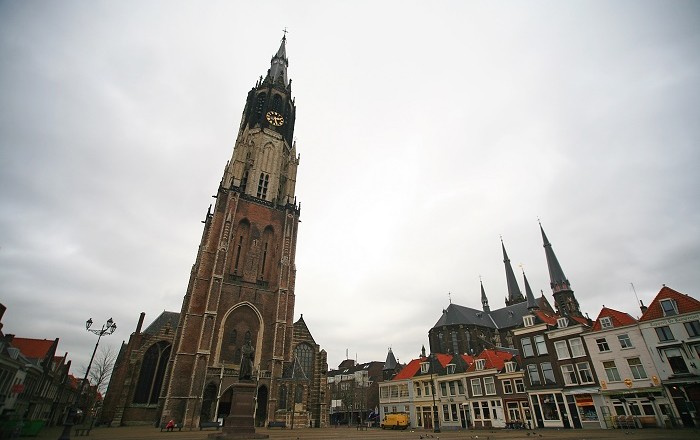 The Nieuwe Kerk is a very distinguishable Protestant church that is located in the city of Delft, within the Netherlands. Located more precisely on the Delft Market Square, the construction of the church began in 1393 and the building lasted around three centuries. First began with the shape of a cross and continued in different stages. 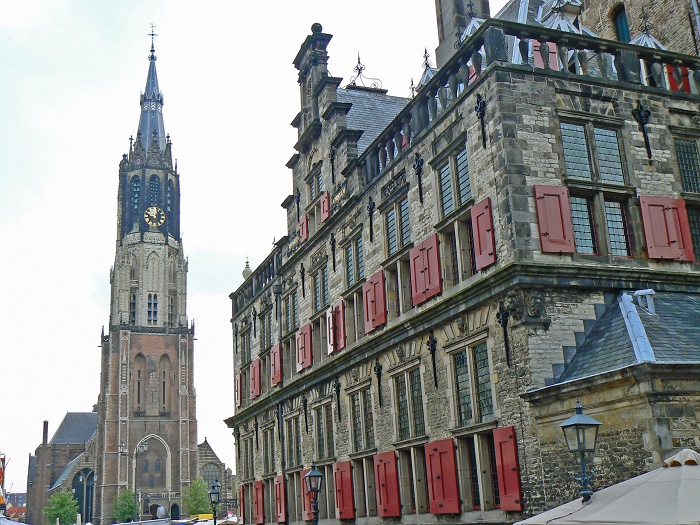 Up until 1420 there was a wooden church dedicated to Mary, which is also when it began the construction of a stone, better looking basilica that later would be dedicated to Saint Ursula. Nowadays, this church is known simply as Nieuwe Kirk, or as the English translation would be The New Church. 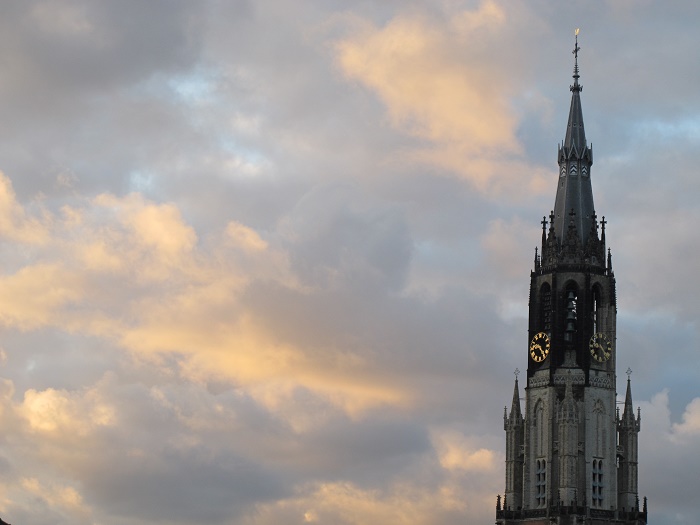 The New Church was finally completed in 1655, having already endured a devastating city fire, the Iconoclasm, the Delft Thunderclap (gunpowder explosion) and various renovations. The shape of the church is like a cross where the impressive tall tower is located on the west side of the church. 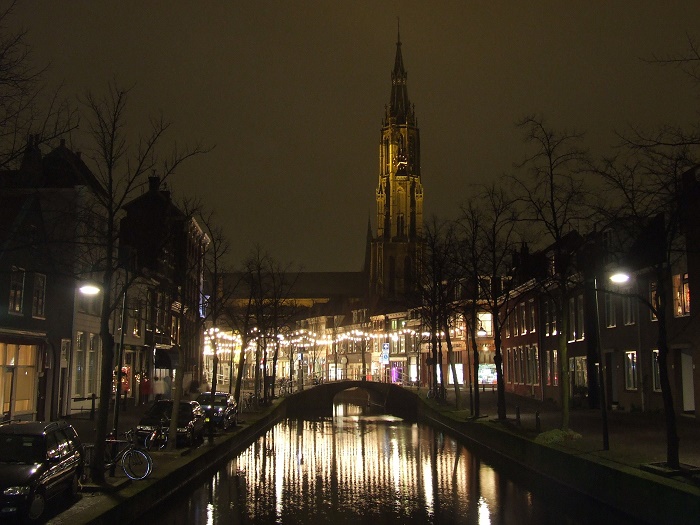 The even more impressive touch in the interior is the organ which has more than 3,000 pipes. Made by Jonathan Bätz, the famous organ maker from Utrecht, built this one between 1837 and 1839, and it is still in full working order. Used every Sunday to lead the congregational hymns, it has a classic sound, but with some audibly ‘romantic’ influences. 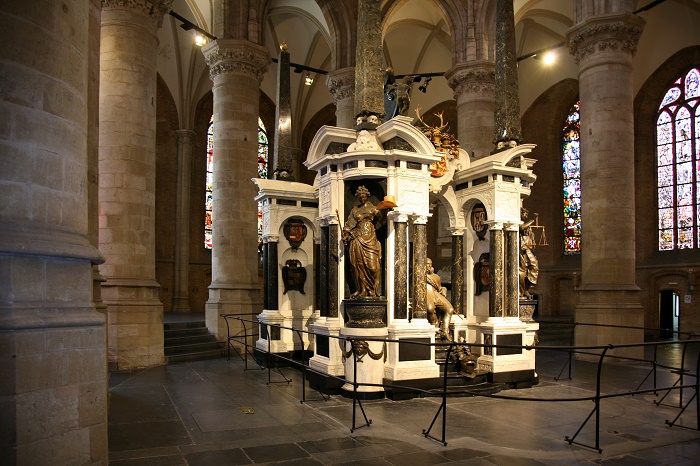 Nevertheless, the church is also serving as a burial ground for the royal family, in which the first and the most known to have been buried in is William of Orange, also known as William the Silent. 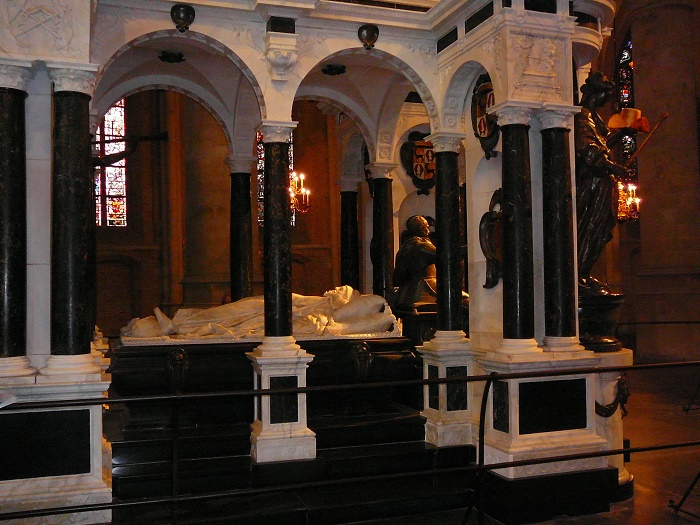 Additional to this, there are the stained glass windows which fall into two general categories: the windows with Biblical themes, and memorial windows such as the Prince William window and Wilhelmina window. As one of the biggest pieces from the Nieuwe Kirk is the Tower, which is striking and visible from various places in the city. 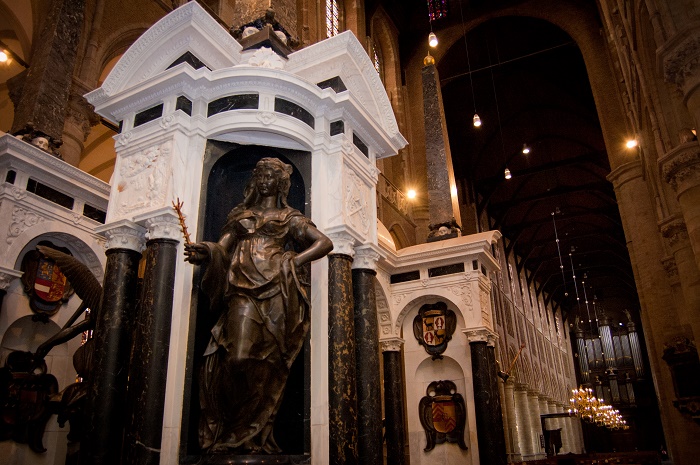 It was from the top of this tower that the scholars Simon Stevin and Jan Cornets de Groot carried out their famous gravitational experiments. Using two lead balls, where one of them was ten times heavier than the other, showed that heavy and light objects of the same size fall to earth at the same speed. 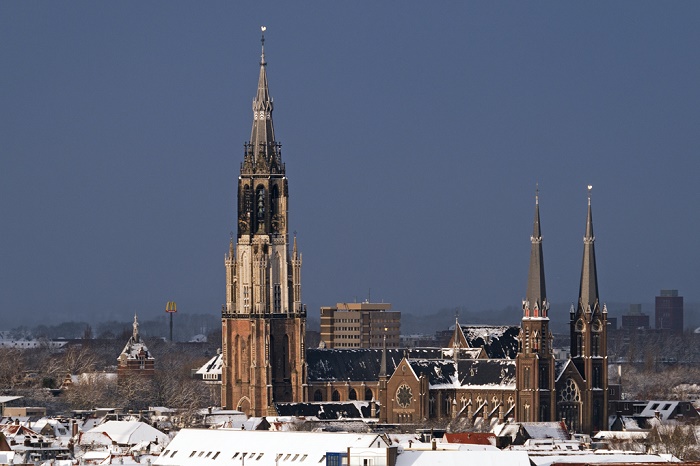 However, the Tower was not lucky enough to survive the city fire of 1536, as well as the lightning in the late 19th century. The spire that we can see today, was designed by the renowned architect Pierre Cuypers in 1872. 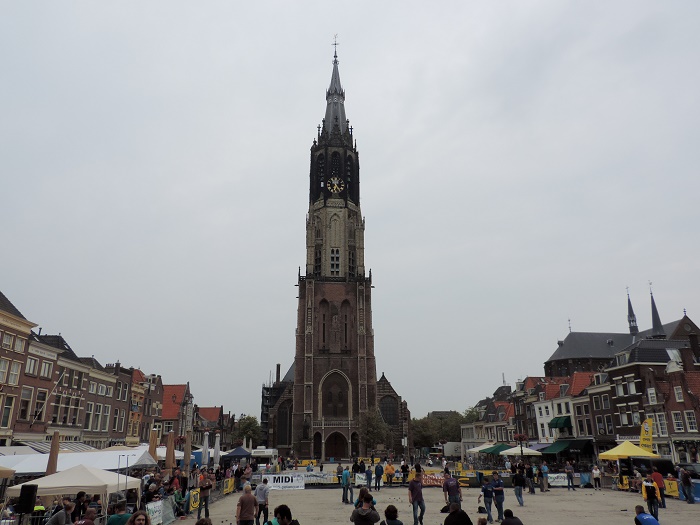 This remarkable wonder, is quite distinguishable within the city of Delft, as it is one of the tallest structures that can be seen, and people can climb to the top to have a better view of the small city. 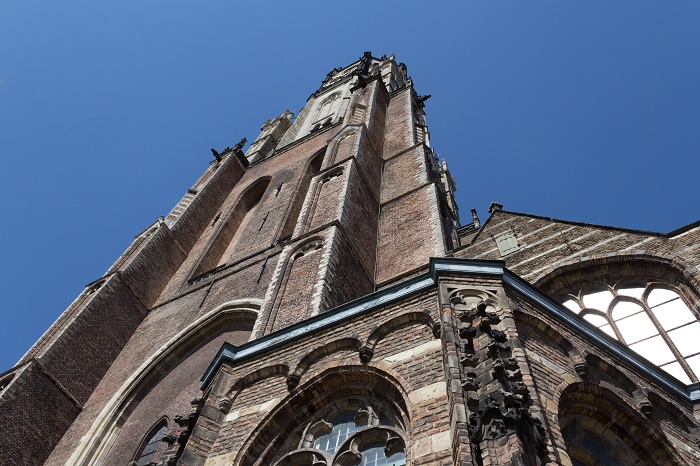 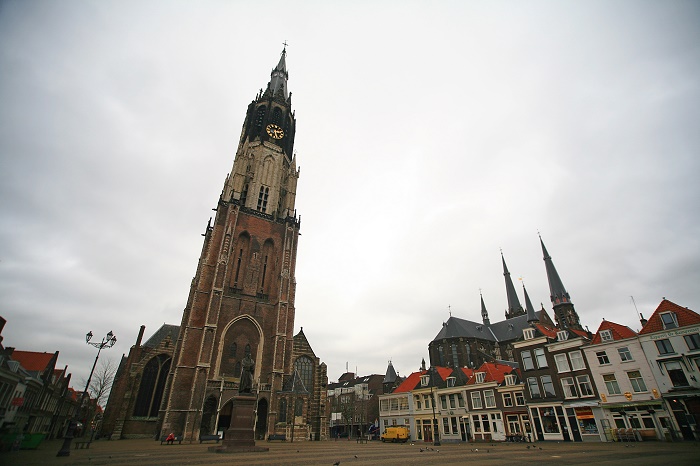 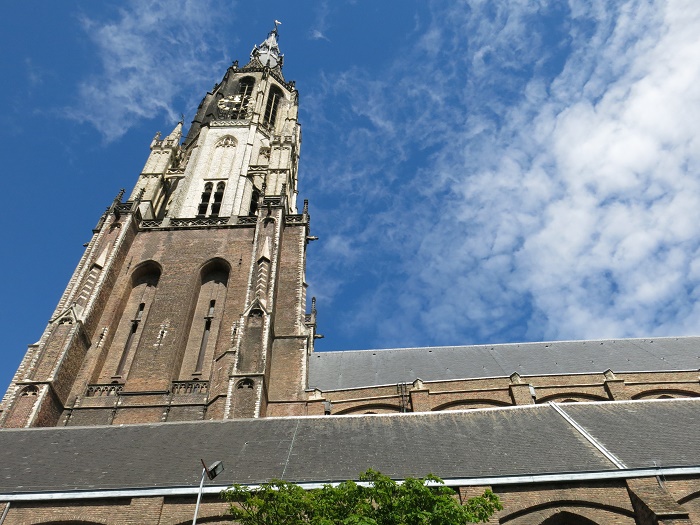