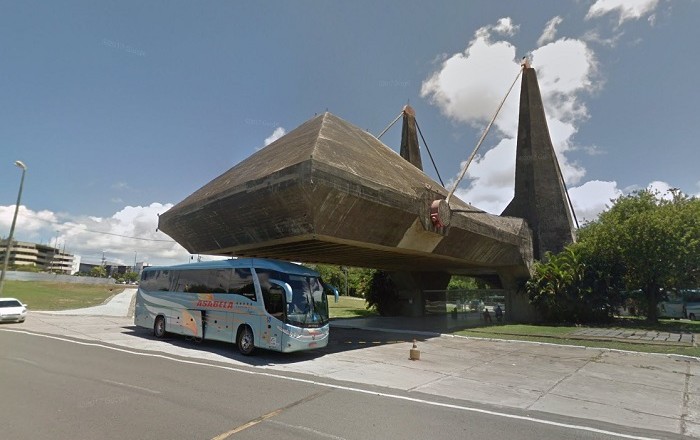 Centro de Exposições da Bahía Building, or better known as the Exhibition Center of the Administrative Center of Bahía, is a Brutalist style architectural marvel that serves as an exhibition center of the city of Salvador, which is the capital city of the State of Bahía, within the Federative Republic of Brazil. 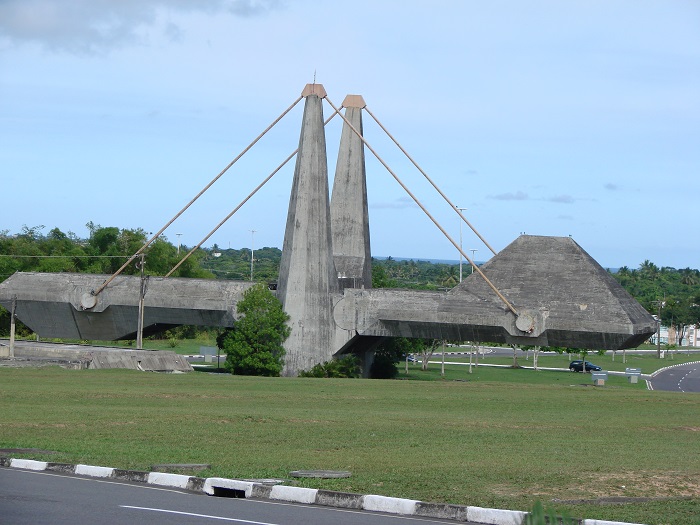 Built entirely of concrete, the structure stands 2 meters (5 feet) above the ground, where in the center of the building, there are two towers on the north and south side of the complex, which bear the weight and stability of the whole structure with four slim masts. 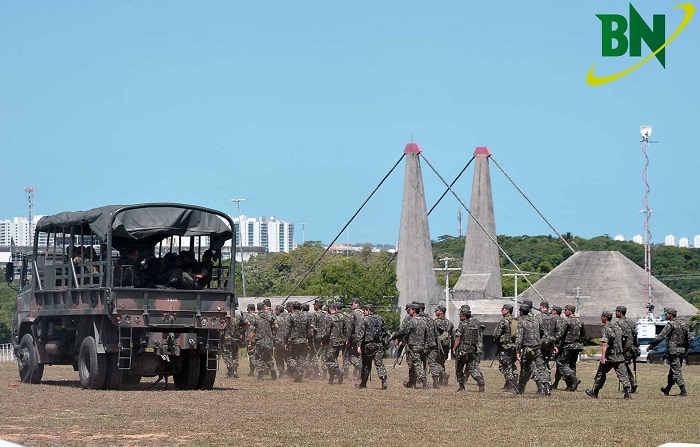 These cylindrical towers are 4 meters (13 feet) in diameter at the base, and one of them has an elevator, while the other has stairs that lead to the top. When seen laterally, one would see right away that the building is looking somewhat like a bridge, where one side is like a pyramid with no top, whereas the other side is looking also like a pyramid with no top, though this one is inverted. 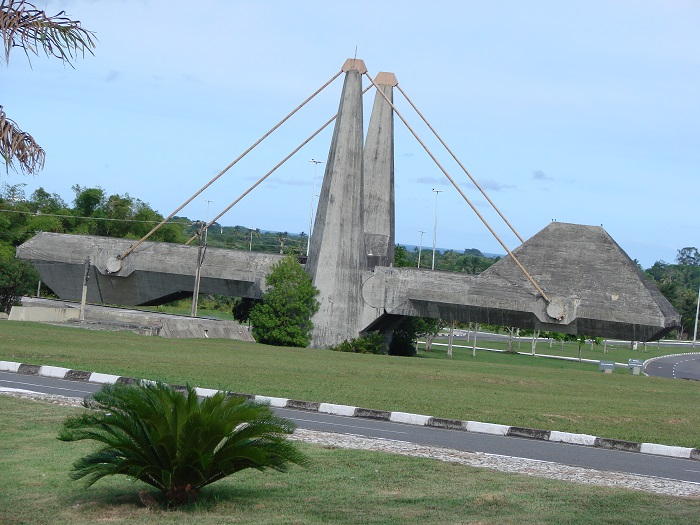 The total length is 52 meters (171 feet), while the width is some 9 meters (30 feet). In addition, there is an underground floor as well, where the technical rooms and the storage rooms are located. 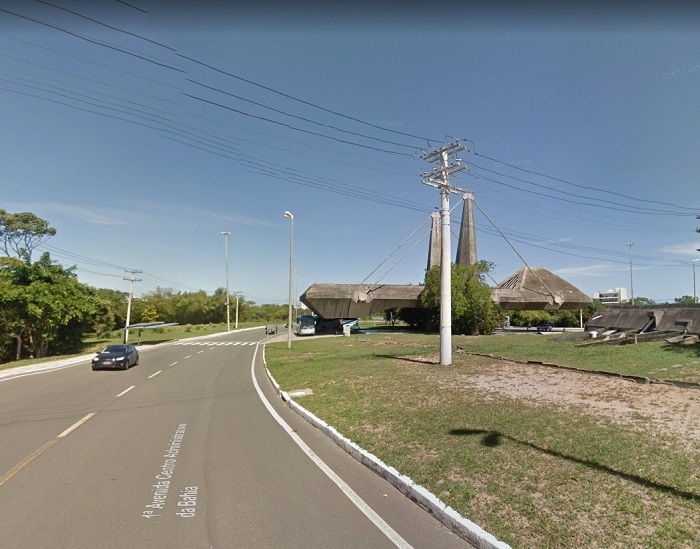 Built in 1974 according to the design of the Brazilian architect João Filgueiras Lima – Lelé, there is an amphitheater with capacity of 50 people which is located on the inverted west side of the building, where a projections are usually shown, while on the other side, illuminated with a daylight from the windows on the roof of the structure, there is the exhibition hall. 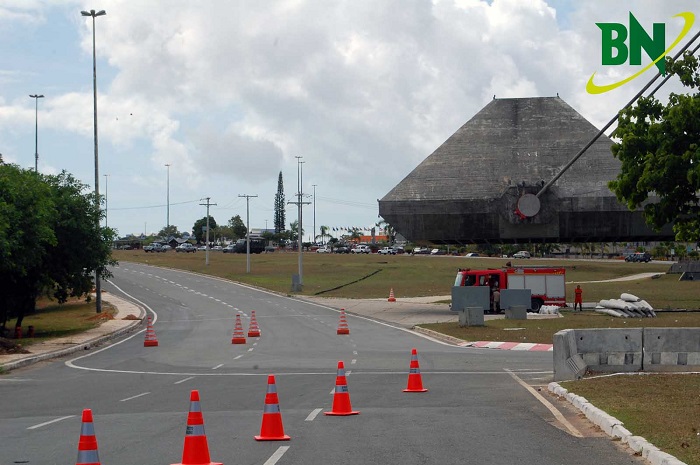 Even though it is not well known around the world, this masterpiece of João Filgueiras serves today as a legacy of his lifework which will stay with us for a long time, with hope that the structure will be better showcased for a future unusual buildings. 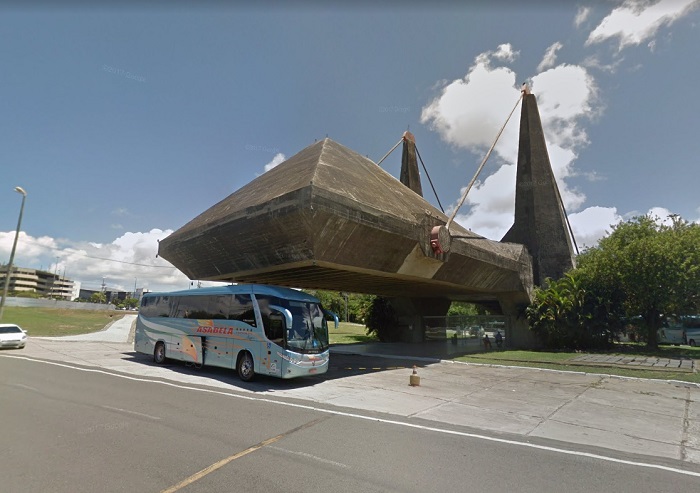