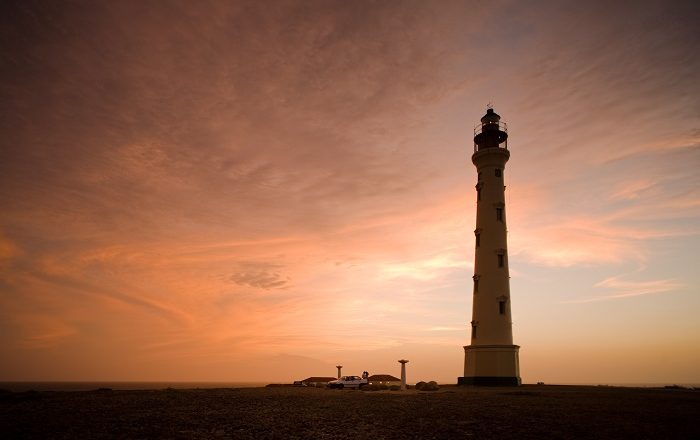 The California Lighthouse is a historic lighthouse which is located near Arashi Beach, which is in the northern part of the constituent country of the Kingdom of the Netherlands in the southern Caribbean Sea, Aruba. 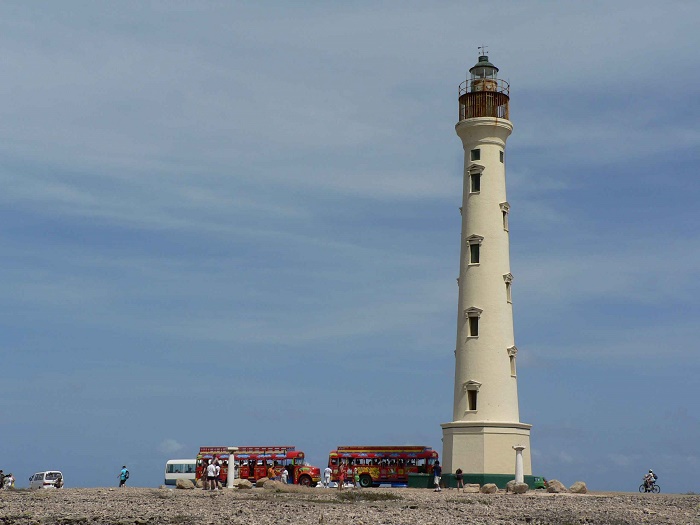 Being named after the wooden sailing steamship California which wrecked nearby on 23 September 1891, it was built to warn ships from the coastline of Aruba, which nowadays is simply a very interesting landmark. Designed by a French architect in 1910, it was built between 1914 and 1916, and in May 2016 it was restored in order to be preserved for future generations. 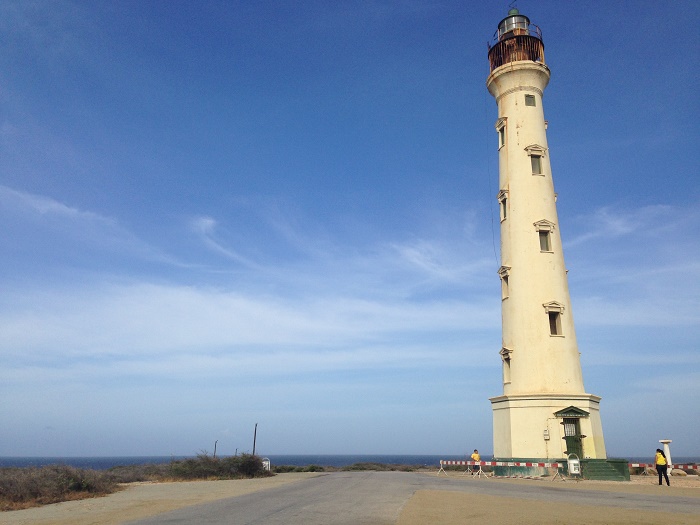 Being one of the biggest scenic trademarks on the island, the California Lighthouse offers a picture perfect view of the island’s western coastline of sandy beaches, rocky coral shorelines and of the beautifully landscaped golf course Tierra del Sol. 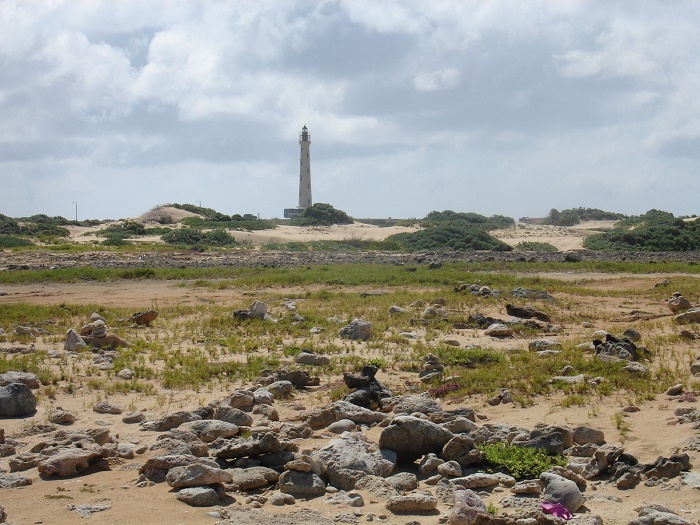 Nevertheless, around the lighthouse is a stoned-filled flat land, in addition to the terrain which looks more like the moon, with sharp rocks sticking out of the ground, making it difficult for people to walk on without sturdy footwear. Offering quite stupendous vistas of the island and the Caribbean Sea, being able to watch the sunset from the top of the lighthouse is another bonus. 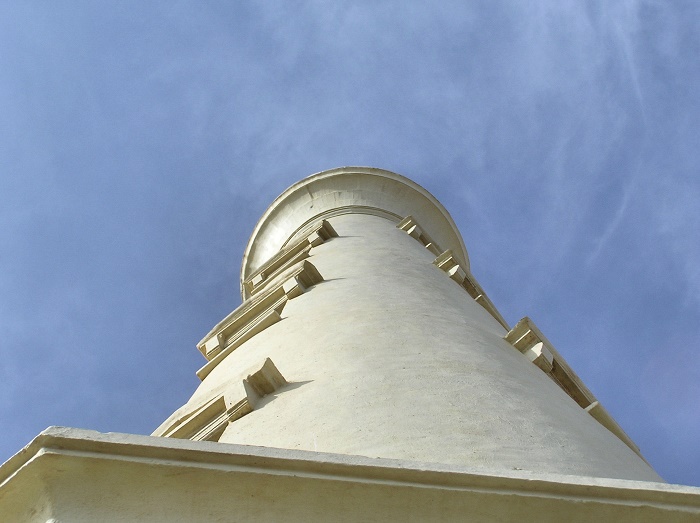 An amazing historic monument from the tiny island which even though had a great purpose in the past, nowadays is a mere landmark that reminds every visitor that the lighthouses had an important role in sailing the seas. 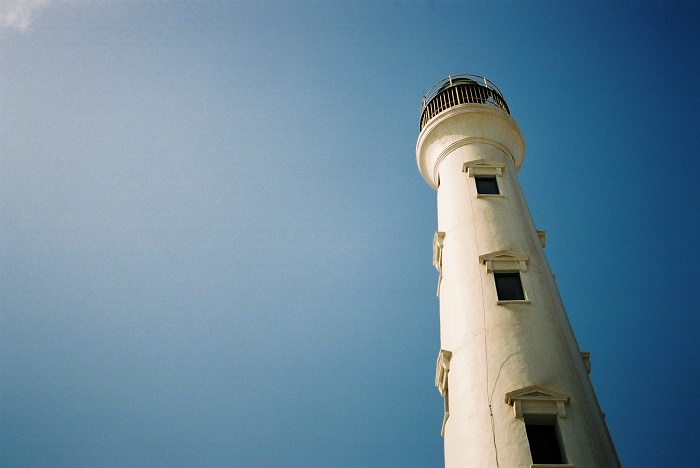 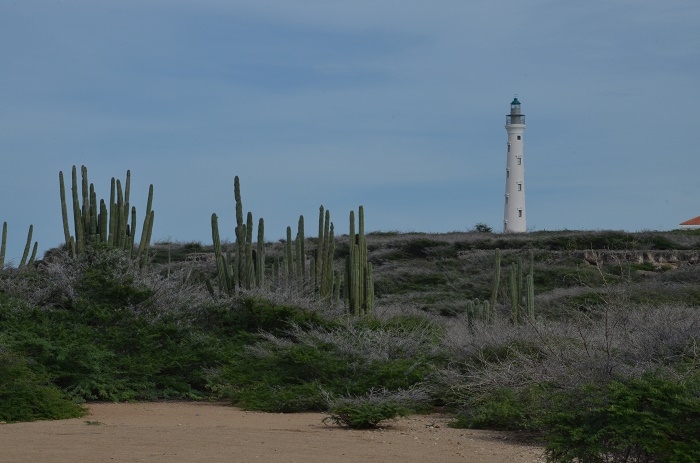 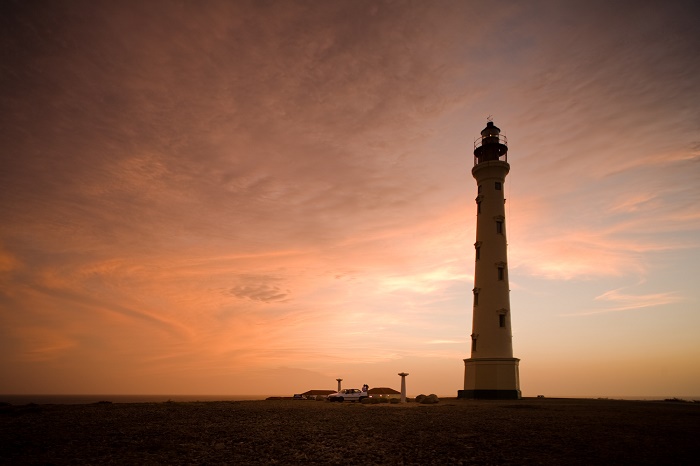 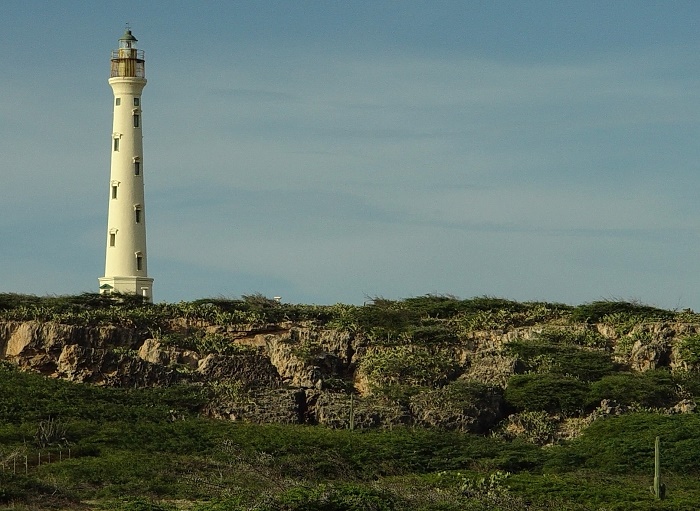