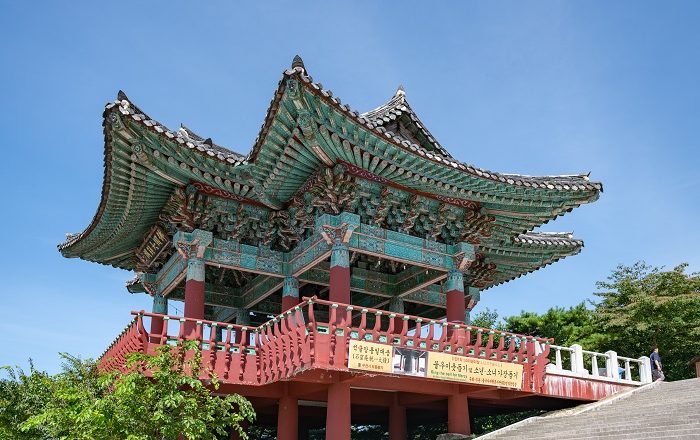 Bulguksa Temple is a Buddhist sanctuary that is considered to be among the largest ones and also the most visited as well, and it is located on the slopes of Mount Toham in the vicinity of Gyeongju City, in the southeastern part of the North Gyeongsang Province, within the Republic of Korea. 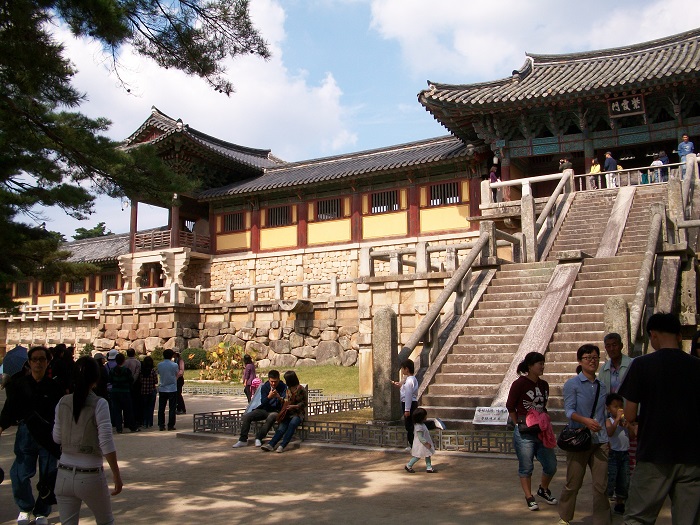 Even though it was never intended to be a major temple, Bulguksa was built in 8 century, during the reign of the Silla Kingdom that ruled on the Korean Peninsula from 57 BC until 935 AD. Representing the Jogye Order of Korean Buddhism, it is included in the seven National Treasures of South Korea, making it certainly one of the greatest treasures the small nation still has. 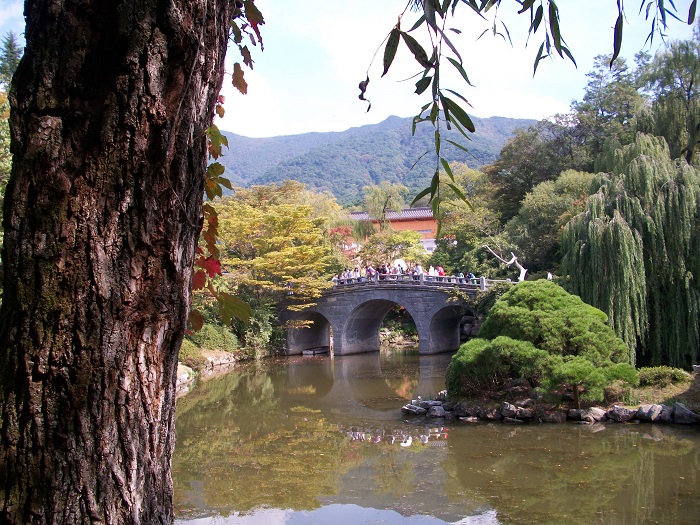 What is interesting about this gem is basically the entire structure, beginning with the entrance which is a double-sectioned 33 steps staircase and bridge that leads to the inside, signifying the 33 steps to enlightenment. This staircase is divided into the lower portion, more commonly referred to as the Blue Cloud Bridge which has 17 steps, continuing with the upper portion, or the White Cloud Bridge that features the other 16 steps. 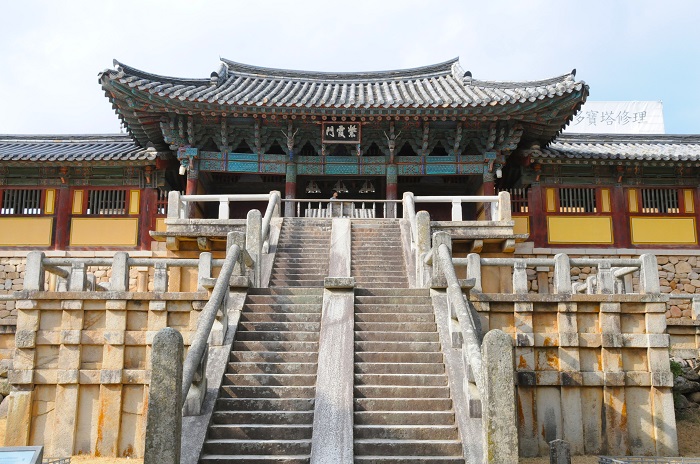 Furthermore, when entering inside, one can see the two surviving pagodas, the Dabotap and Seokgatap. Even though the original wooden buildings of Bulguksa have long since disappeared, the pagodas are made from stone and they represent Korea’s unique contribution to Buddhist architecture. 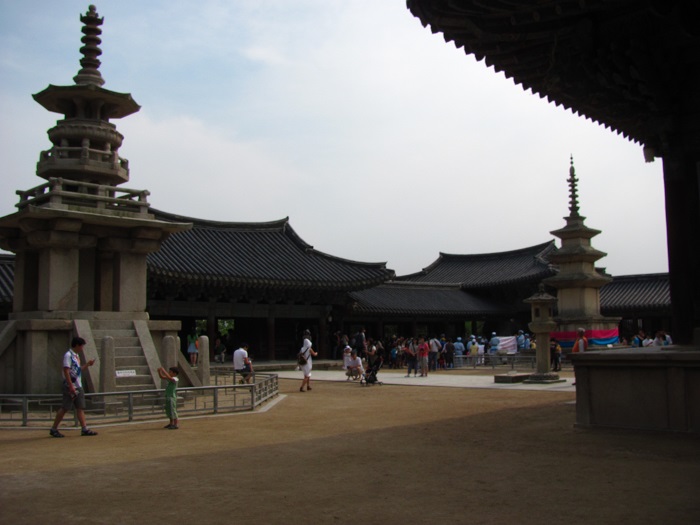 As a matter in fact, these two pagodas reflect an interesting story of the Lotus Sutra. The Buddha Dabo who had already achieved enlightenment, riding the Tower of Many Treasures, appeared to attest to the validity of Sakyamuni’s sermons at Vulture Peak. 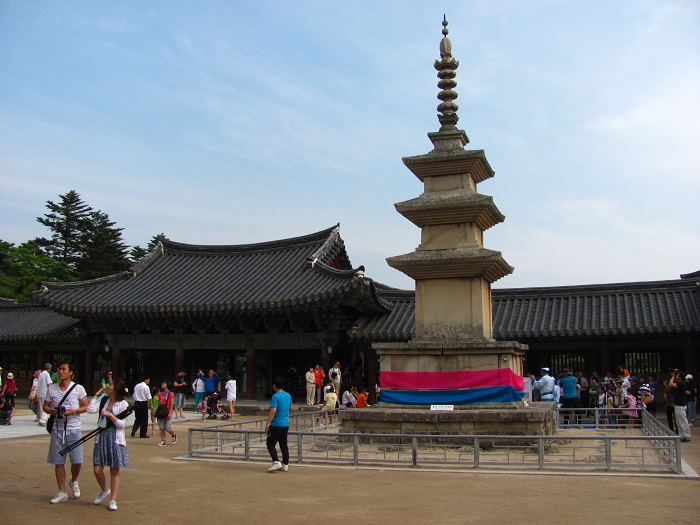 Dabo, together with Sakyamuni, sat side by side within the tower of the temple, thus the pagodas are representing the two Buddhas. Architecturally seen, the Dabotap Pagoda is more complex, as it has a square base with a columned pavilion accessed by a short flight of stairs on each of the four sides. 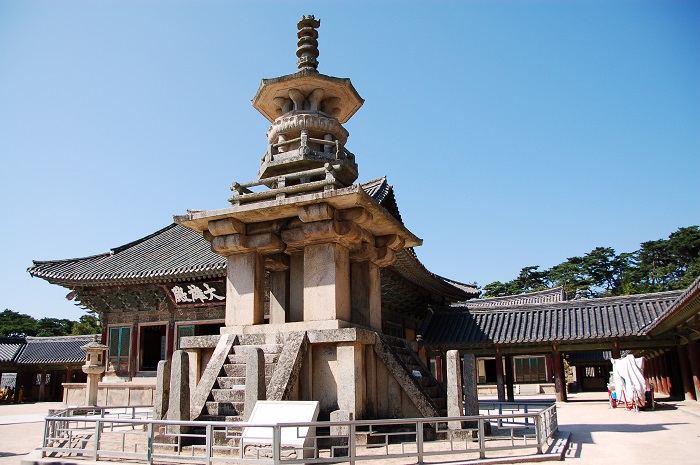 Above are multiple octagonal levels with columns in the form of bamboo stalks, which then continue with circular layers in the shape of a flower. The Seokgatap Pagoda on the other hand, being simpler, also has a large square base, which then continues with three prominent square levels topped by a thin spire. 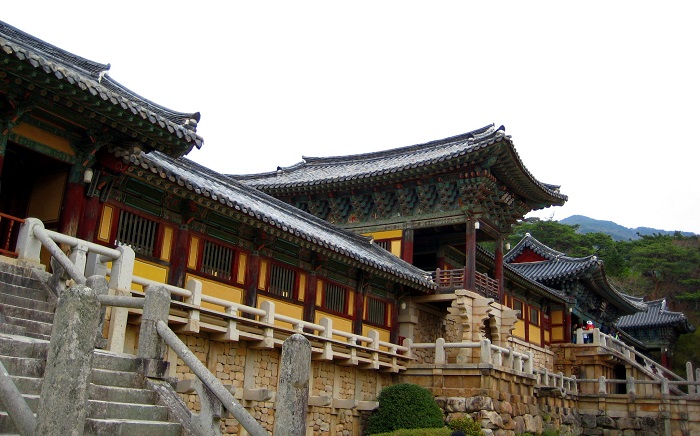 Continuing with the Hall of Great Enlightenment, better known as Daeungjeon, is right behind the mesmerizing pagodas, and as the hall enriches the Bulguksa Temple, it is considered to be have been built in 681. 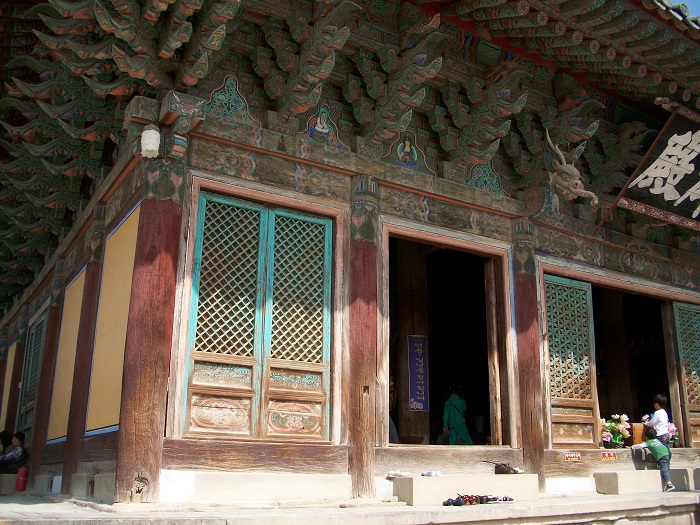 Further behind, there is the Hall of No Words, also known as Museoljeon, which is also one of the oldest structures in the complex, most likely built in 670, and it is named after the belief that Buddha’s teachings could not be taught by mere words alone. 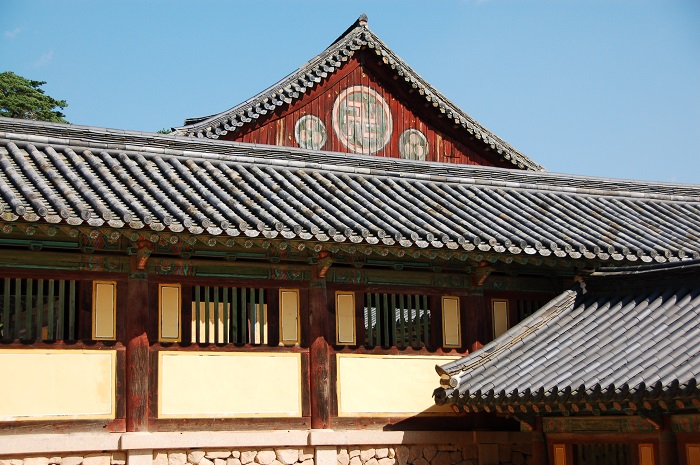 In addition, there are other important historic structures, among which the Gwaneumjeon, the Bodhisattva of Perfect Compassion, the Birojeon, and the Geuknakjeon should also be mentioned. All of these structures, unfortunately have seen a lot of destruction, and fortunately enough, they were continuously restored so that we would be able today to admire the mesmerizing Korean Buddhist architecture. 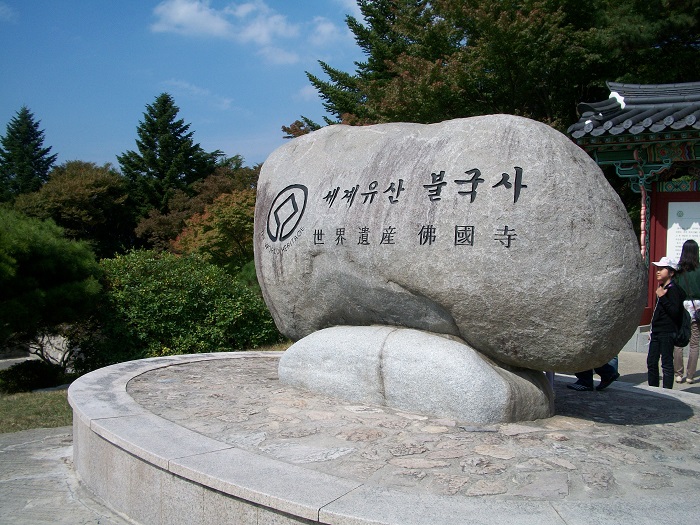 The restorations were made from ancient descriptions, however, the present temple is significantly smaller than the original one. Nowadays, the two pagodas and the two bridges at the entrance are featured on the official list of the seven National Treasures of South Korea.

All in all, every visitor of South Korea that would like to see and experience the tranquility and awareness, should definitely come to this amazingly gorgeous temple that silently screams about the enlightenment that awaits everyone that comes here. 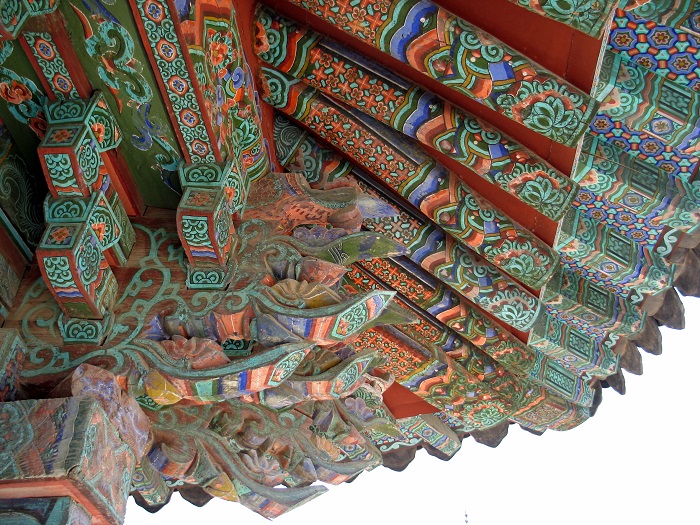 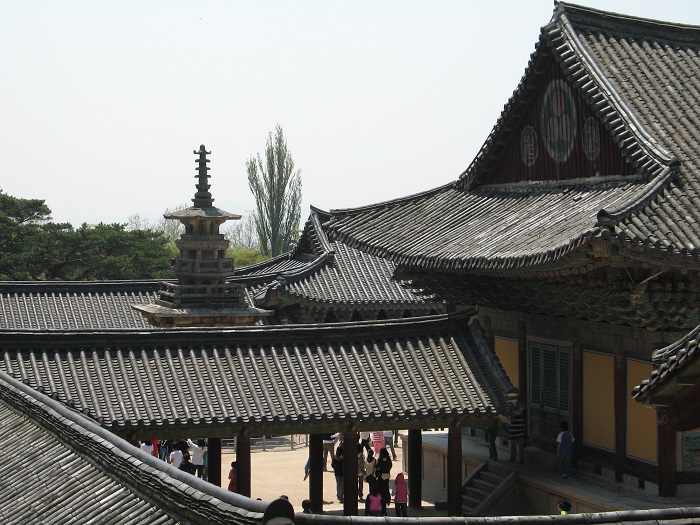 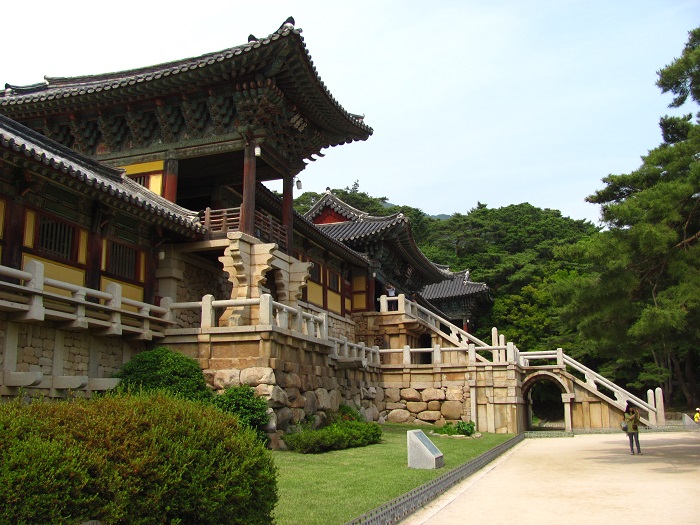 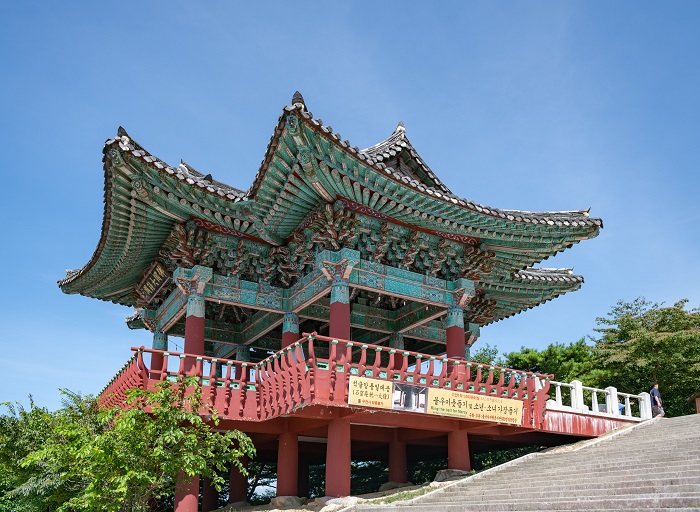