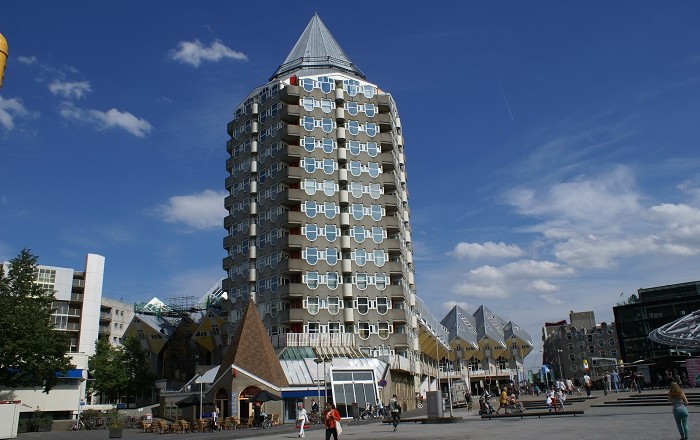 Blaaktoren, or as it is the English translation Black Tower, is a residential tower in the city of Rotterdam, the Kingdom of the Netherlands. The interesting pointy top of the building also has given another name to the building Het Potlood, or as the translation would be The Pencil. 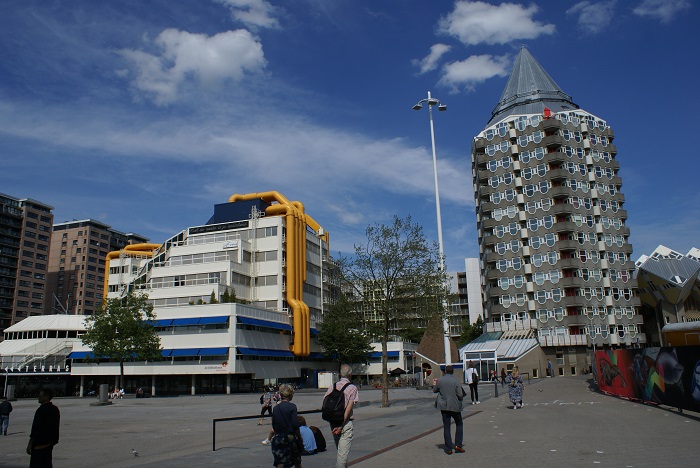 It resembles a shape of a sharp pencil, due to the distinctive roof it has, and it is one of the most striking buildings in the city. It is adjacent to the famous Cube Houses, which represent another landmark of the city. The story of Blaaktoren began together with the small Cube Houses, goes together since, it was originally planned to have 55 houses, but instead were built 38. 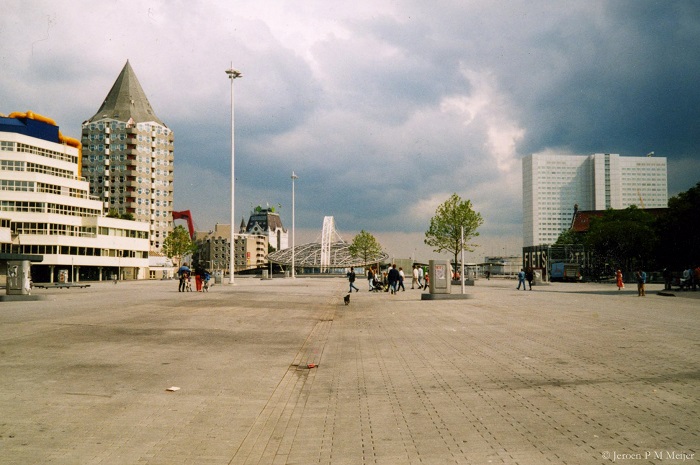 As some kind of compensation, a residential tower has been designed by Piet Blom and built in a form of a pencil. There are 15 floors comprising the building, with a height of 61 meters (200 feet). The construction material used for building was concrete, where the load-bearing walls of the building run from the inside to the outside, where each floor has six identical sections.

Five of these sections are used as a living space, but the sixth one is reserved for elevators, emergency stairs and individual storage space. Even though the roof is quite large, there are no people living in it, and it has been built purely for aesthetic reasons. The opening of Blaaktoren was in 1984, since when there are many people who have lived there and will continue to do so. 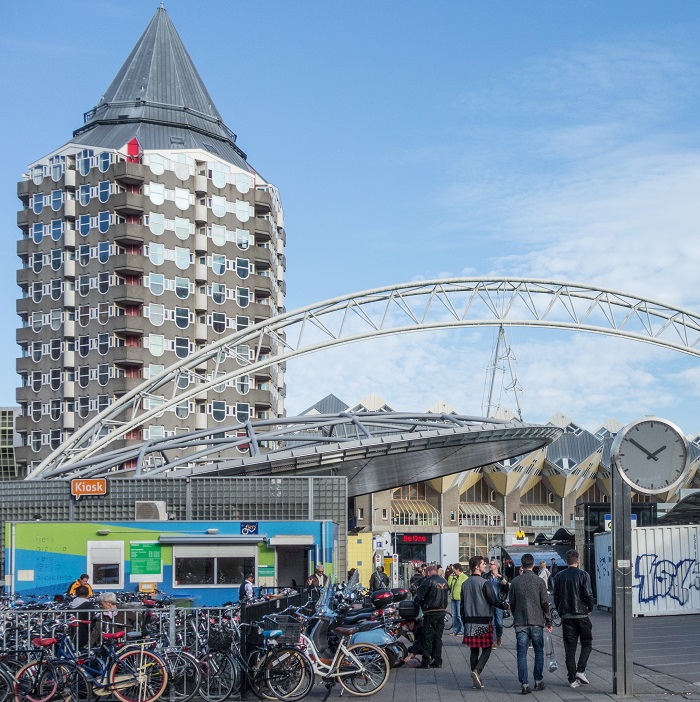 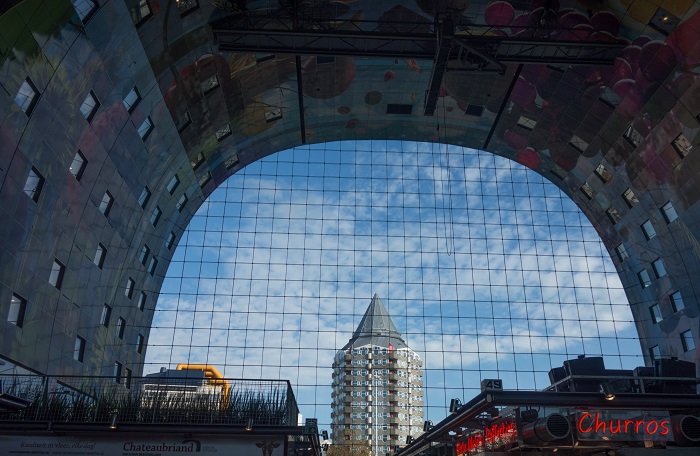 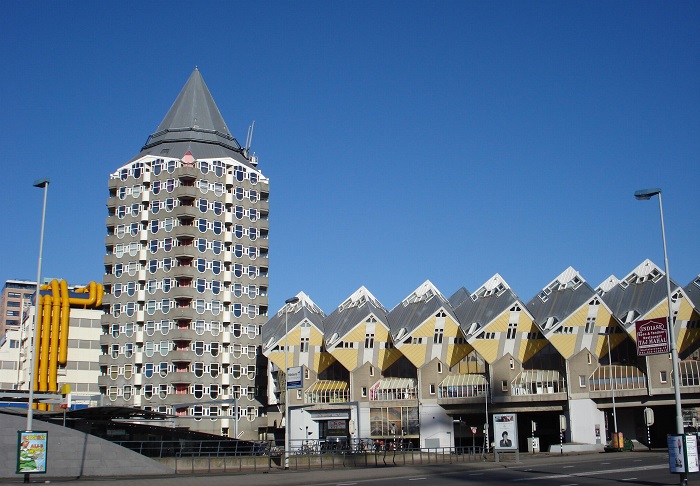 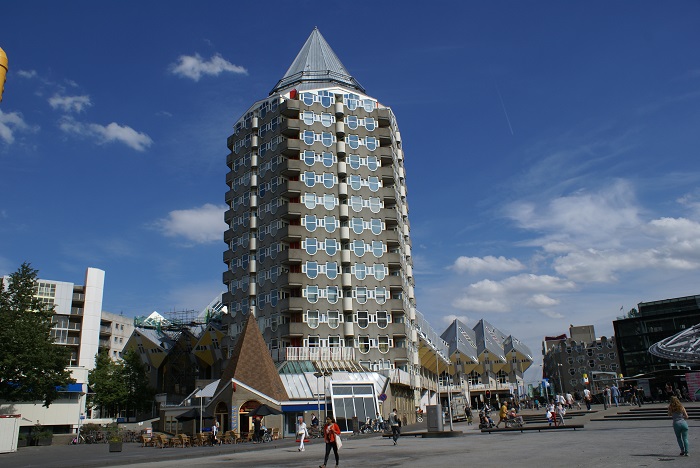 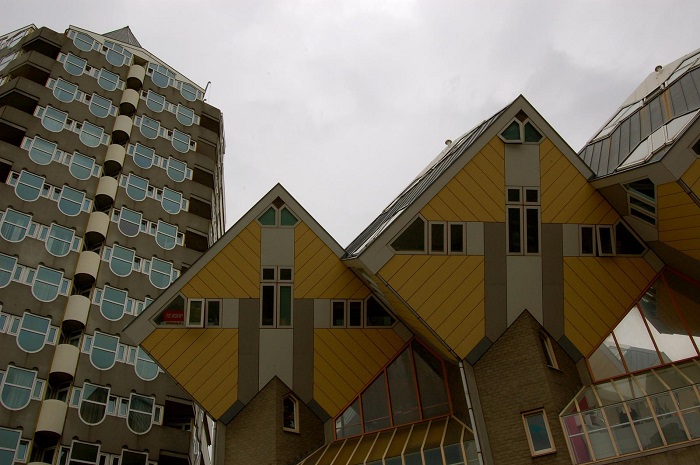 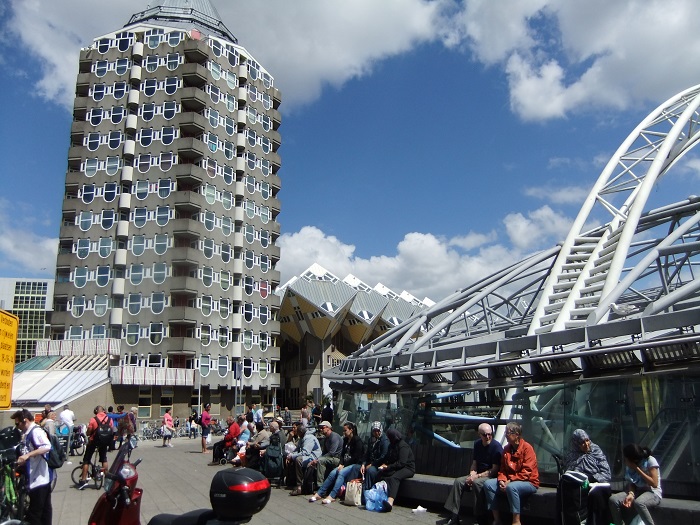 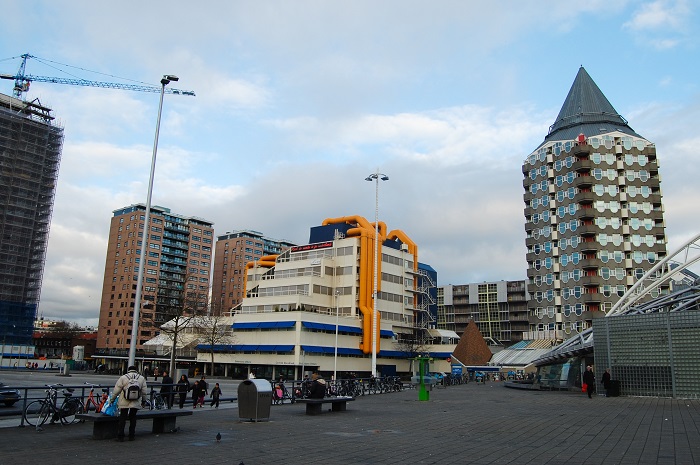