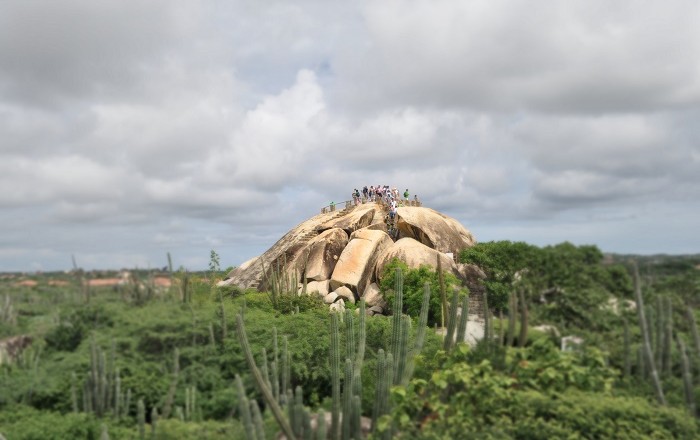 Ayo Rock Formations are unusual monolithic rock boulders which are located near Ayo village, on the Caribbean island Aruba.

For such a relatively flat, sandy island, the presence of the unusual hills and huge monolithic boulders that dot the countryside are truly an enigma. These remarkable geological formations add aesthetics to the landscape as well as provide excellent vantage points from which to better view the island. 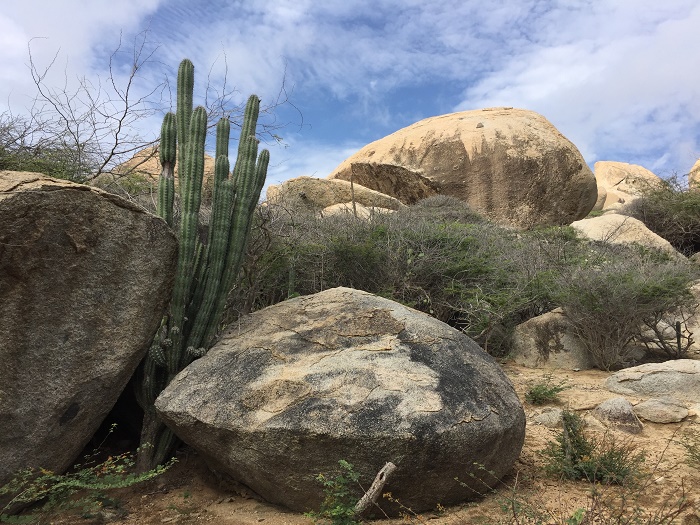 As the earliest settlers on the island, the Arawak people, visited the formations, they carved paintings in rocks which are called petroglyphs while performing religious rites. 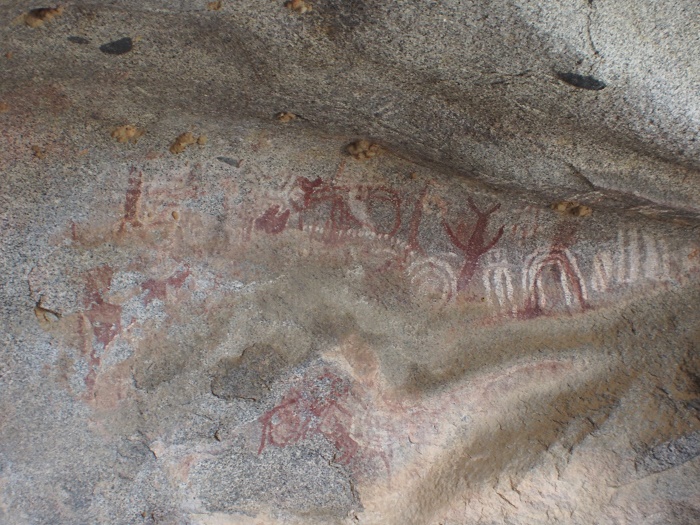 The most famous of these formations is the Casibari Boulders, which are tonalite rocks, with reddish brown color that are rising above the desert landscape giving a panoramic view of the island. Not just this formation, but every single one weighs several tons and feature peculiar forms. 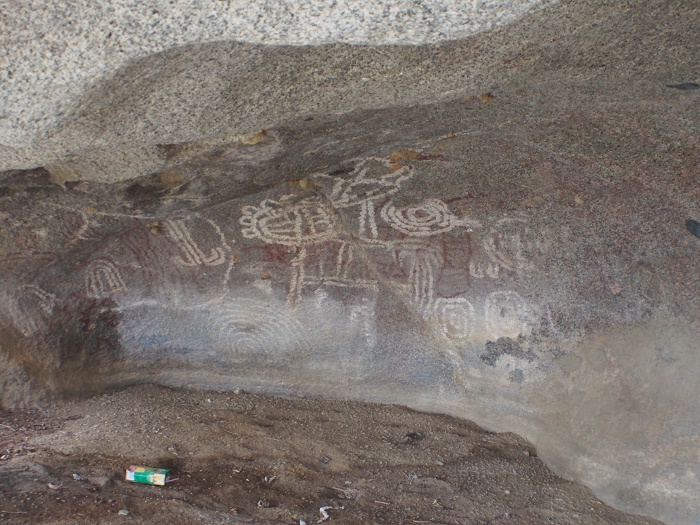 There are several walking trails that are leading to and around the rock formations which allow every one willing to see them in person, to even climb on them. 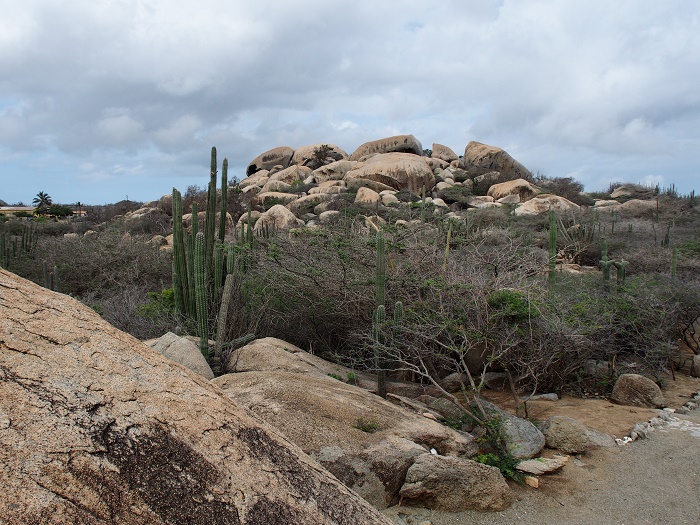 Ayo Rock Formations, placed in such close proximity and in unusual designs, combined with the tranquil environment of Ayo, create a sense of awe and an understanding of why the area was once considered a sacred site by the island’s original inhabitants. Truly alluring and beautiful landscape. 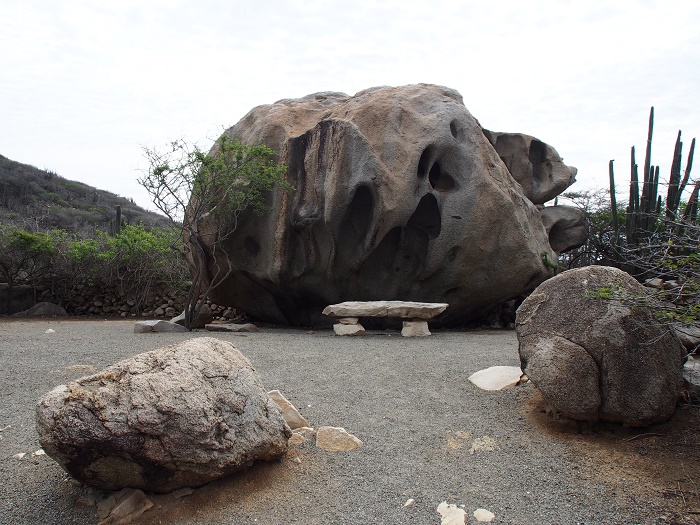 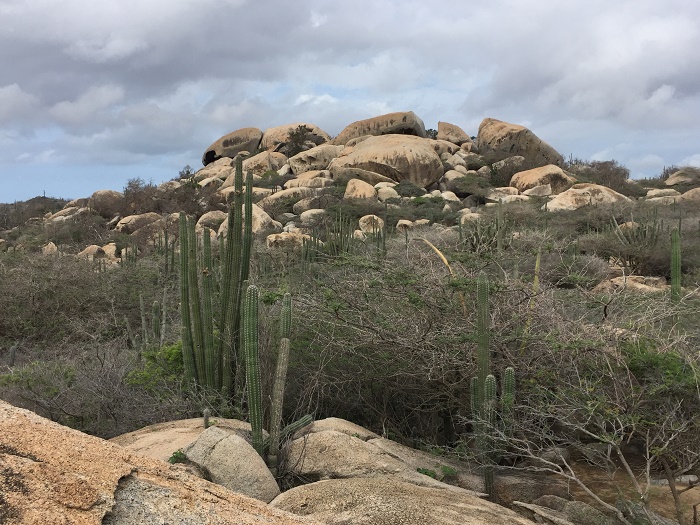 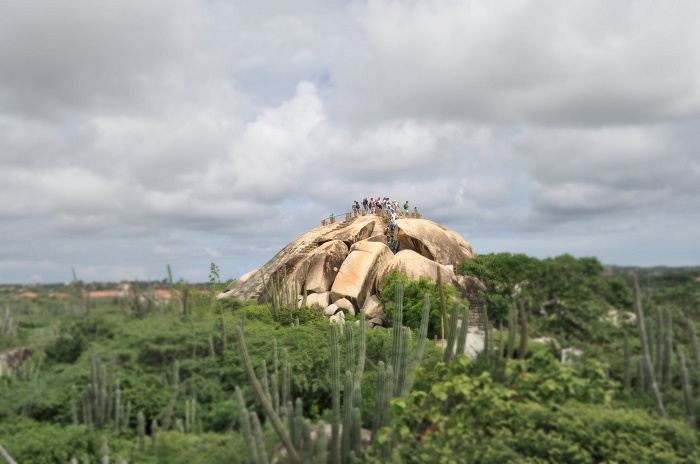 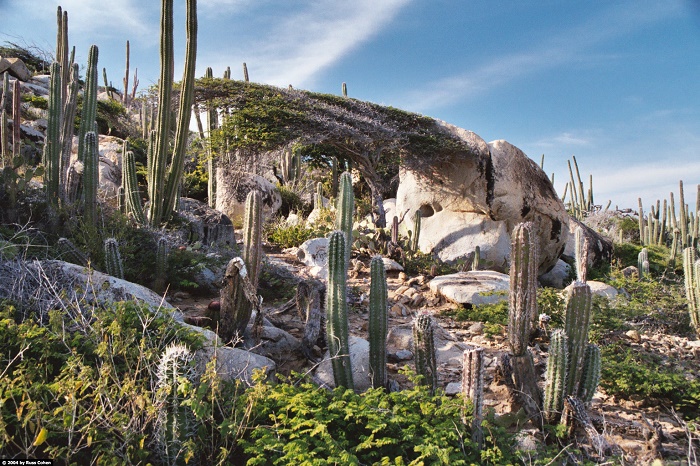