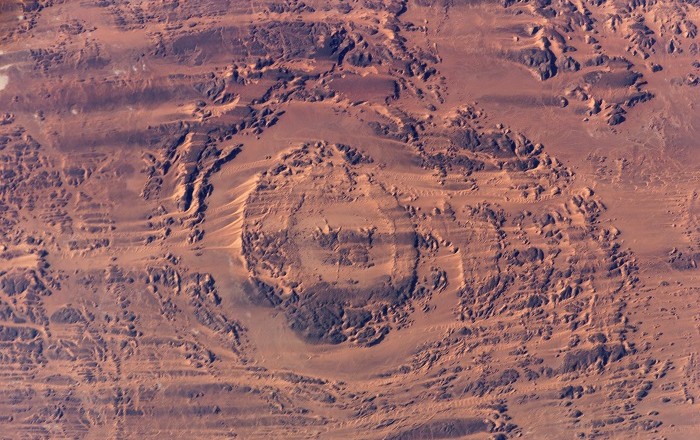 Aorounga Crater is an eroded meteorite impact crater that is located in the central African landlocked Republic of Chad. Estimated to be less than 345 million years old, this impressive mark on the Earth has a diameter of 13 km (8 mi), and it is one of the best-preserved impact structures in the world. 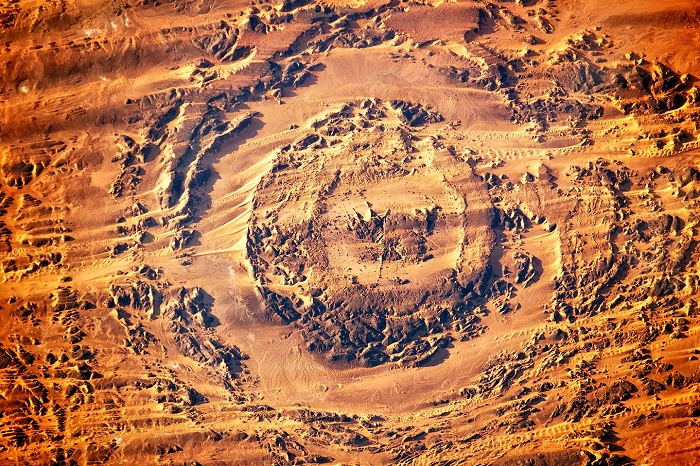 According to the research that was carried out in 1994 by the Spaceborne Imaging Radar, it is thought that Aorounga is one of a set of three craters formed by the same impact event, where the other two suggested impact structures are buried by sand deposits. 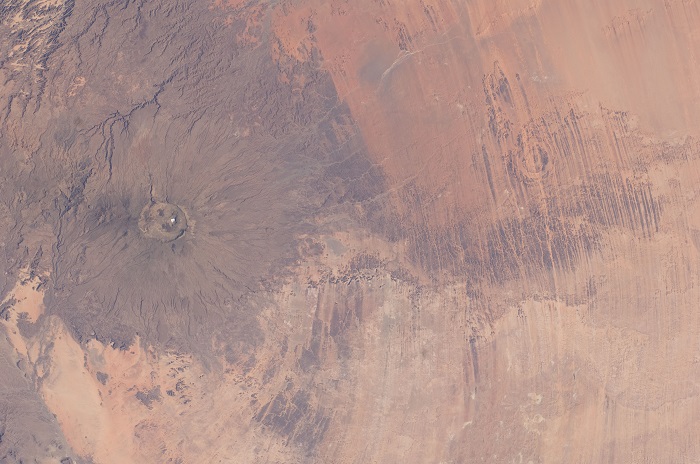 Even though this has not been yet confirmed, the main Aorounga Crater was renamed Aorounga South, and the central highland, or peak, of the crater is surrounded by a small sand-filled trough, which in turn is surrounded by a larger circular trough. Linear rock ridges alternating with light orange sand deposits cross the image from upper left to lower right, where they are formed by wind erosion of exposed rock layers in an unidirectional wind field. 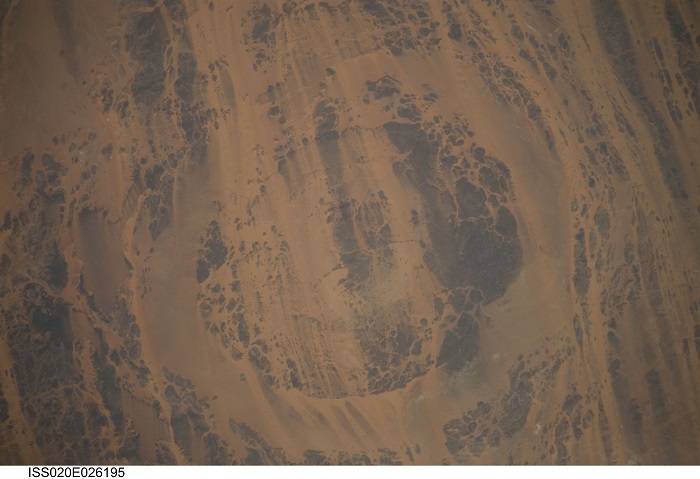 Even though there are not that many sources for a clearer information for this interesting “design” by the nature, it is located next to Emi Koussi Volcano, and we shall be waiting for a better times to come in Chad, so that the scientists would go there and do more research. 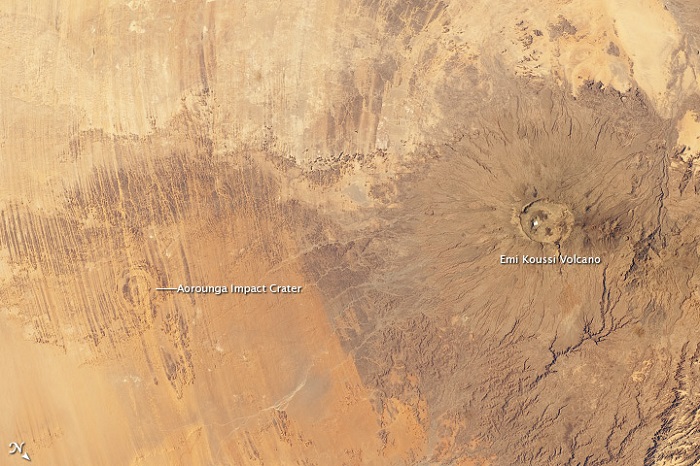 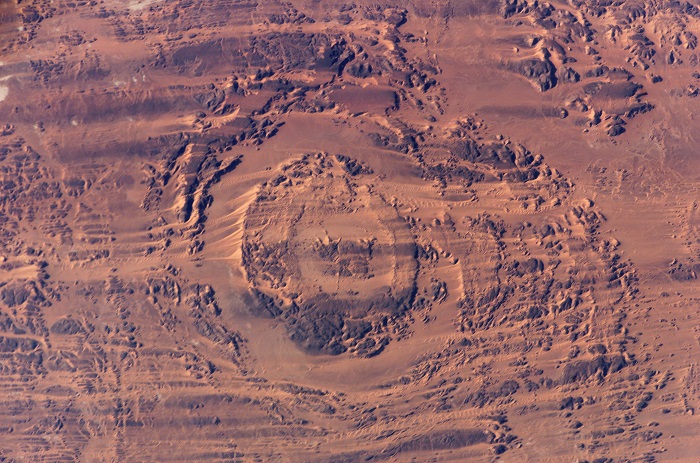