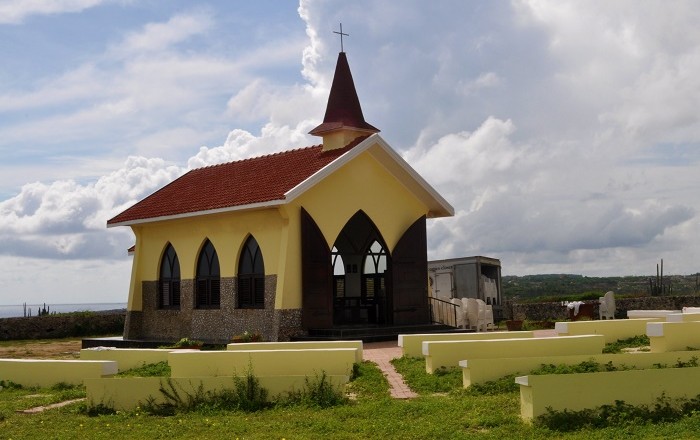 Alto Vista Chapel is a small Catholic chapel also known as “Pilgrims Church” that stands on the hills above the north shore of the sea and to the northeast of the town of Noord, on the Caribbean island of Aruba. 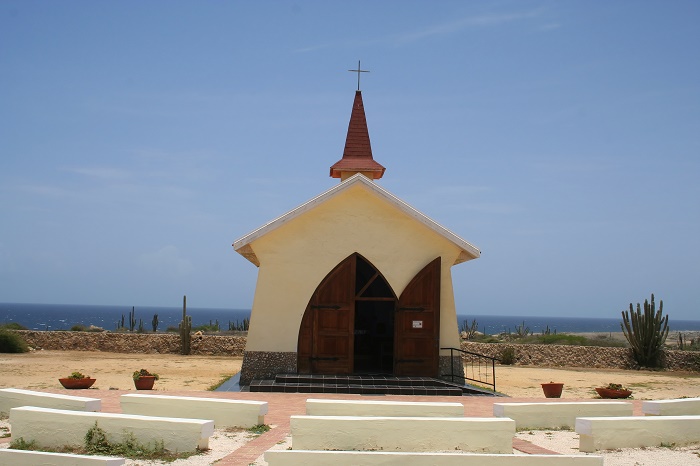 This is actually one church that has a lot of history behind it, being constructed in 1750 by Caquetio Indians and Spanish, even though the island at that time did not have a priest. The person responsible for the construction is the missionary Domingo Antonio Silvestre, who made the church in bright yellow colour, and it is still believed that the church is the first one on the island. 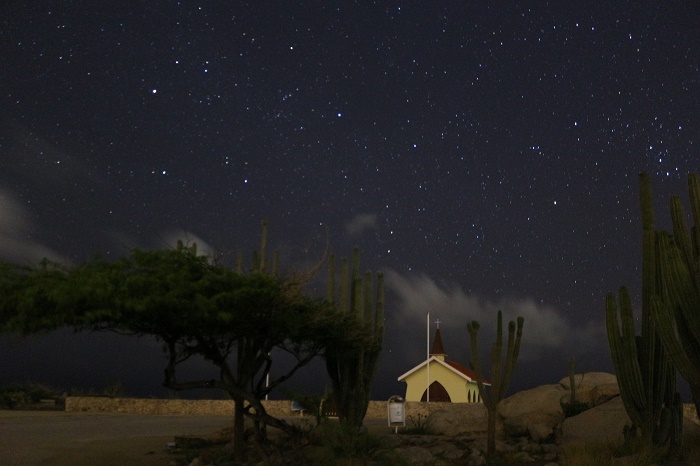 During its existence, around 1816, there was plague roaming around the island, and as many of the inhabitants of Alto Vista died, the remaining residents moved to Noord where the second church of Aruba was built. Deserted, the church went into ruins, however the original cross that has been brought there from Venezuela, by one of the priests who served in the church, was taken by many priests later. 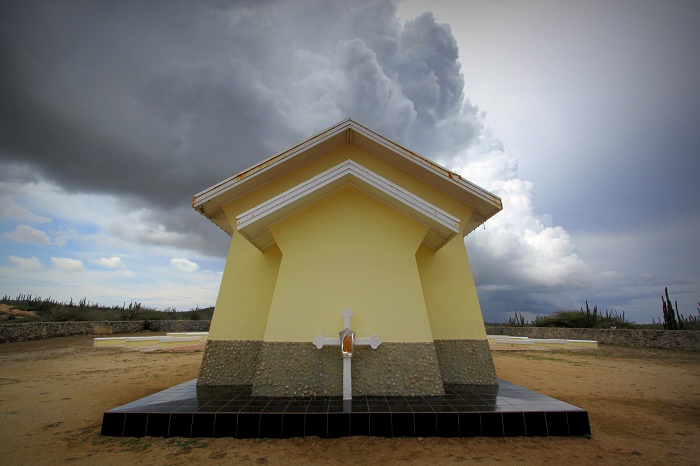 At the moment, this one-foot wooden cross is in the Saint Anna Church in Noord. The Alto Vista Chapel was rebuilt once again in 1952 by the Dutch engineer J.A. Hille, deputy head of the DOW (Departamento di Obra Publico) on the site of the original, and it is easily reached by a winding road lined with white crosses marking the stations of the cross. 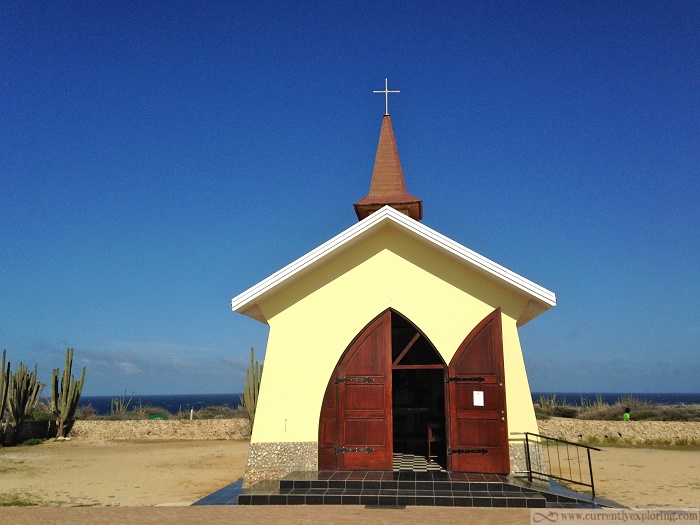 It is a special place for peace and contemplation, surrounded by the Aruban countryside. The chapel is encircled by semicircular pews. There are also stone pews on the outside in order to accommodate additional worshipers. 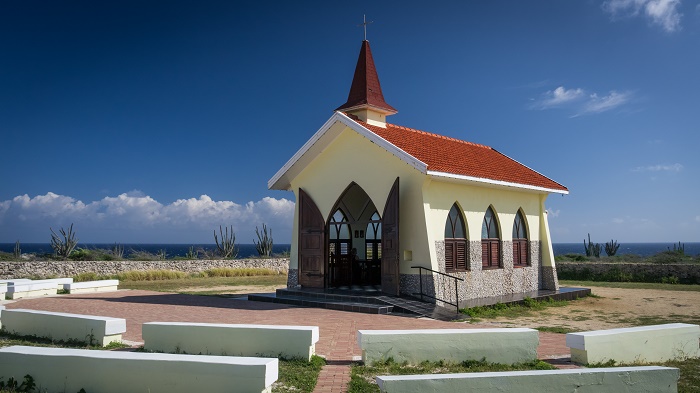 There is a labyrinth built on the Chartres Labyrinth. Its distinguishing features are; 11 circuits, the turns arranged in four quadrants, 85 lunation’s around the perimeter, and a 6-petal rosette in \ the center. Modern “pilgrims” walk the labyrinthine path as one of many tools to enhance prayer, contemplation, meditation, and/or personal growth. 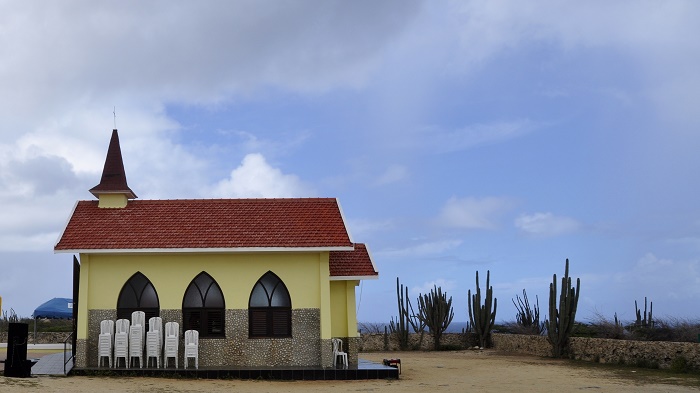 The labyrinth walk is popular with a growing number of people because of its simplicity and the ability to approach its paths on your own terms. There is no right way to walk a labyrinth. You only have to enter and follow the path. It may be joyous or somber. It might be thoughtful or prayerful. You may also use it as a walking meditation. 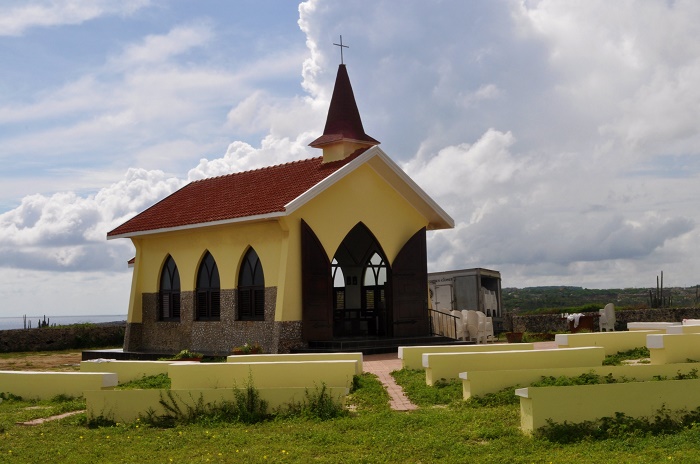 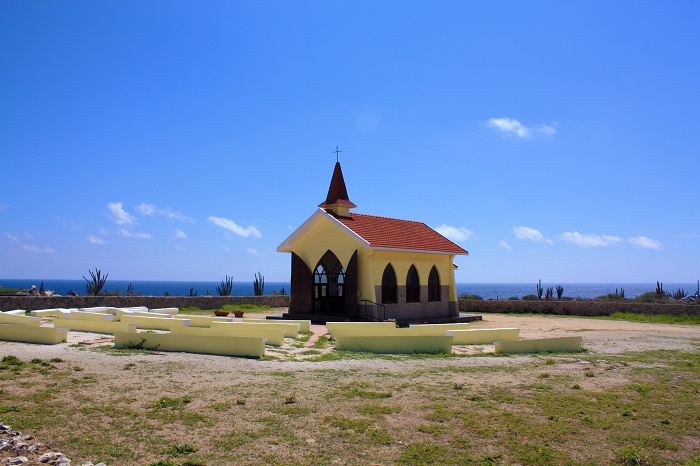