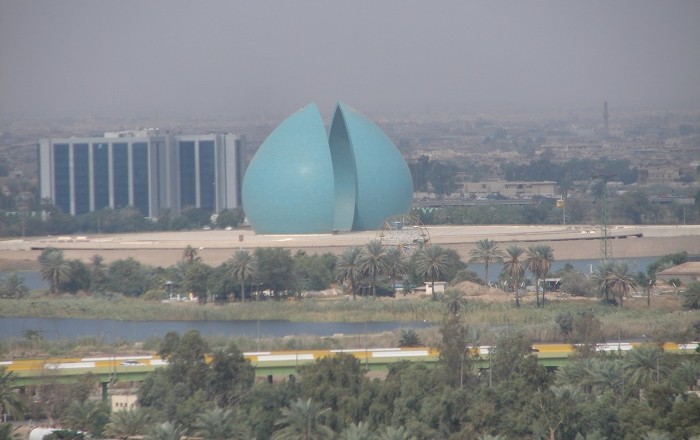 Al-Shaheed Monument also known as the Martyr’s Memorial, is a monument in the capital city of Iraq, Baghdad, dedicated to the Iraqi soldiers who died in the Iraq-Iran war. 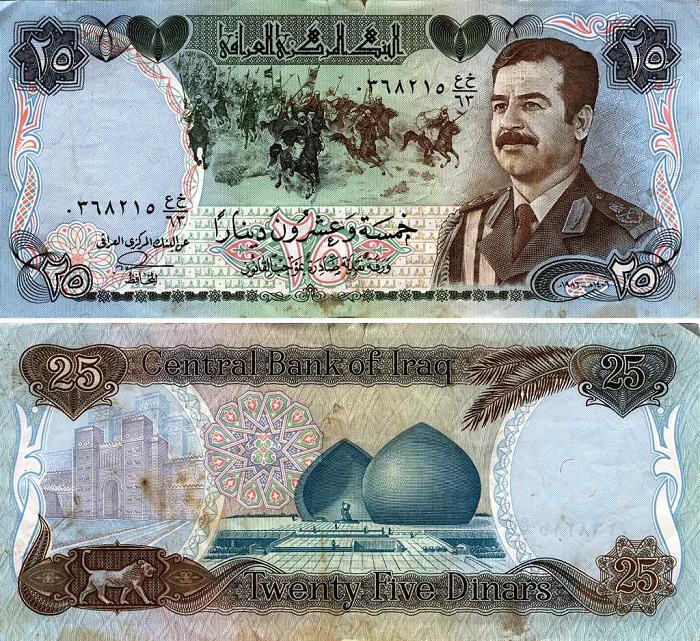 It is a great piece of architecture, one of the most significant tourist attractions in Baghdad, before the war, that allures travelers in the city round the year. It is one of the prime landmarks of the city known for its massive size. The monument is situated along the East side of the Tigris River and it is located close to the Army Canal that separates Sadr city from Baghdad. 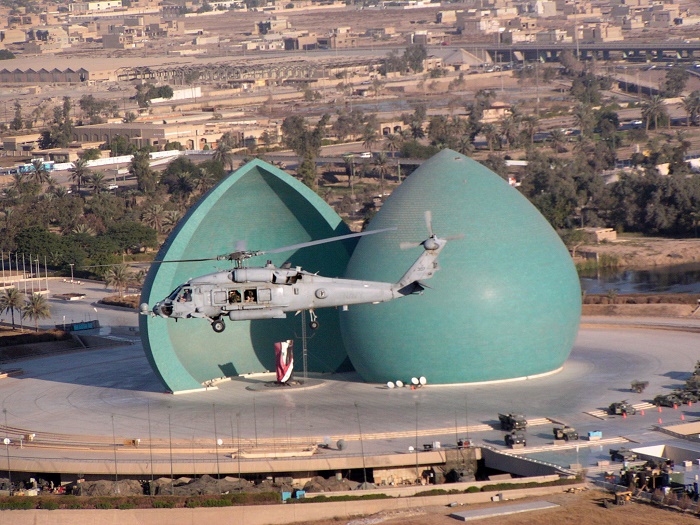 There is a circular water pool inside one of the dome shells.  The Monument was opened in 1983, and was designed by the Iraqi architect Saman Kamal and the Iraqi sculptor and artist Ismail Fatah Al Turk. 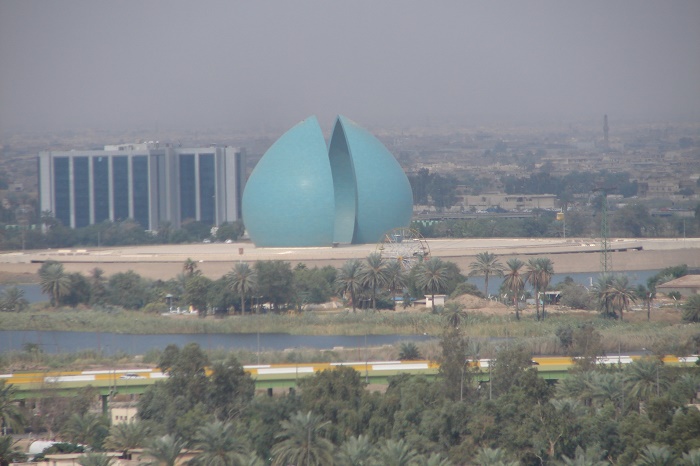 During the 1970s and 1980s, Saddam Hussein’s government spent a lot of money on new monuments, which included the al-Shaheed Monument. The Martyr’s monument looks like a split blue onion-dome, where in the two levels underneath the domes are located museum, library, cafeteria, lecture hall and exhibition gallery. 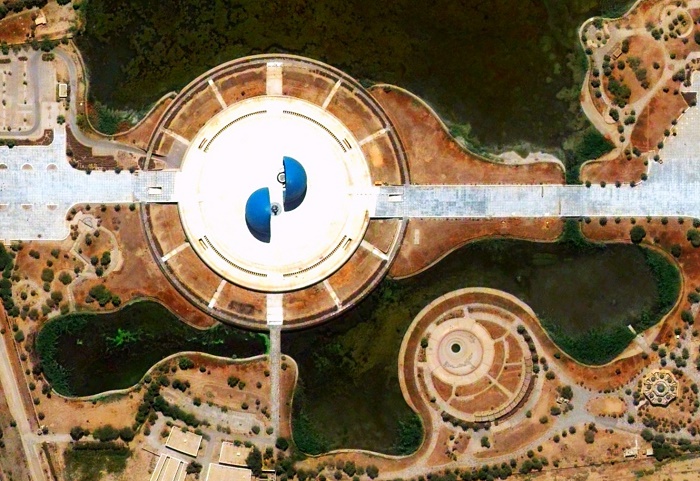 The monument consists of a circular platform 190 meters in diameter in the center of an artificial lake. On the platform sits a 40 meters (131 feet) tall split turquoise dome, which resembles the domes of the Abbasid era. The two halves of the split dome are offset, with an eternal flame in the middle. The shells are made of galvanized steel frame. The water of the pool comes cascading to the courtyard that is below it. The interior is oculant, being that under the Iraqi flag, there is an open hole, or oculus, providing light below. The rest of the site consists of parks, a playground, parking lots, walkways, bridges, and the lake. 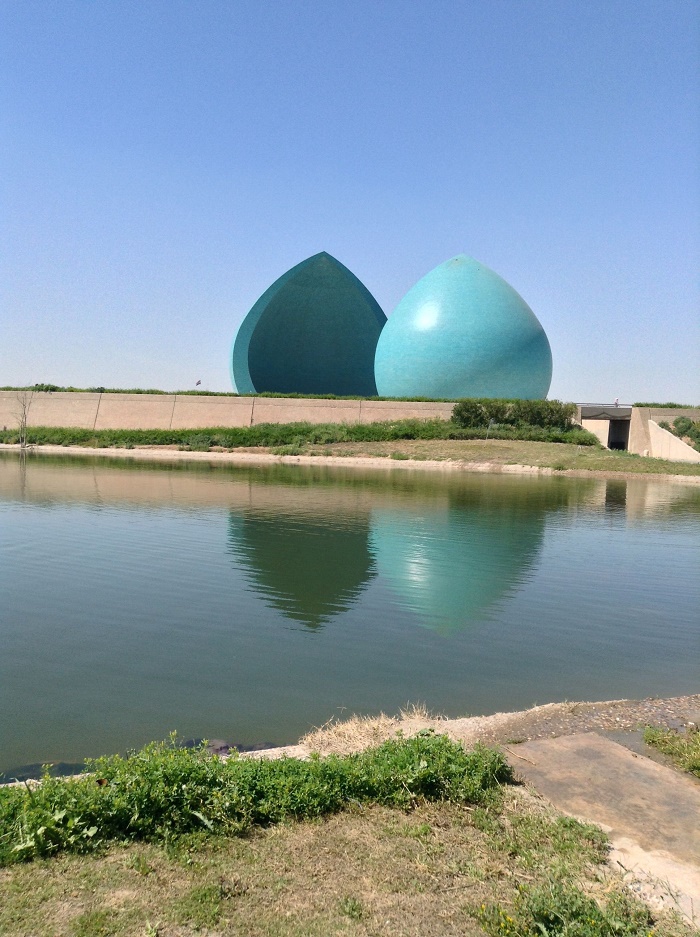 With the war and many conflicts happening all the time in Iraq, currently there are no plans to demolish this monument, however, its long term future certainly is in some doubt.