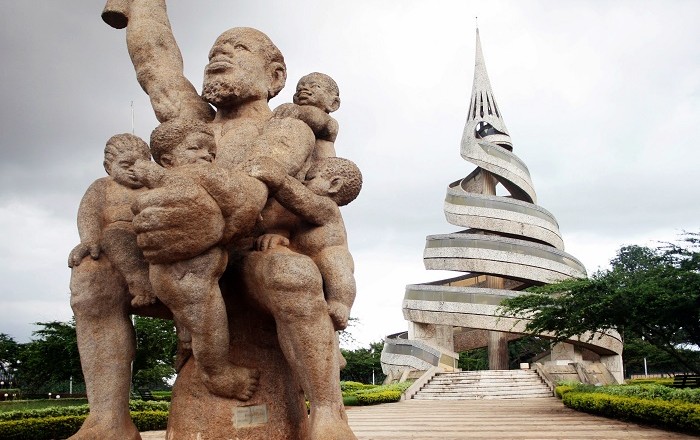 The Reunification Monument is a monument that is located in the city of Yaoundé, the capital of the central African country of Cameroon. As it is the name, the monument symbolizes the reunification of both, the French and British Cameroons, and represents the hopes and dreams of a bilingual Cameroon that would serve as a beacon and example for the rest of Africa. 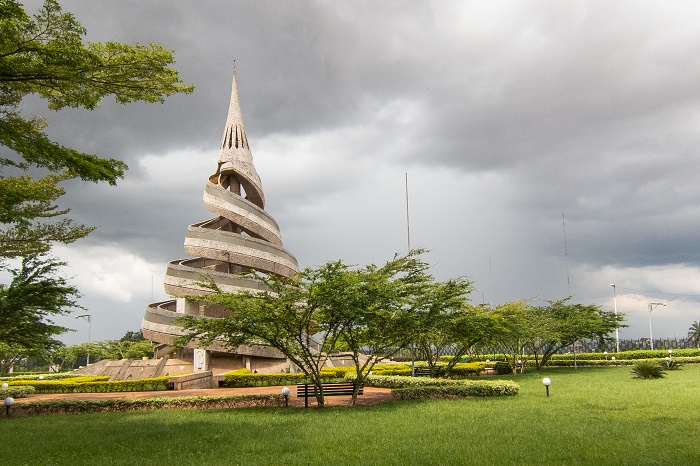 As a German protectorate state in 1918, soon when the First World War ended, Cameroon was divided into two regions, which were under French and British rule. Soon after the other dependencies in Africa, started gaining their independence, both Cameroons got their independence. 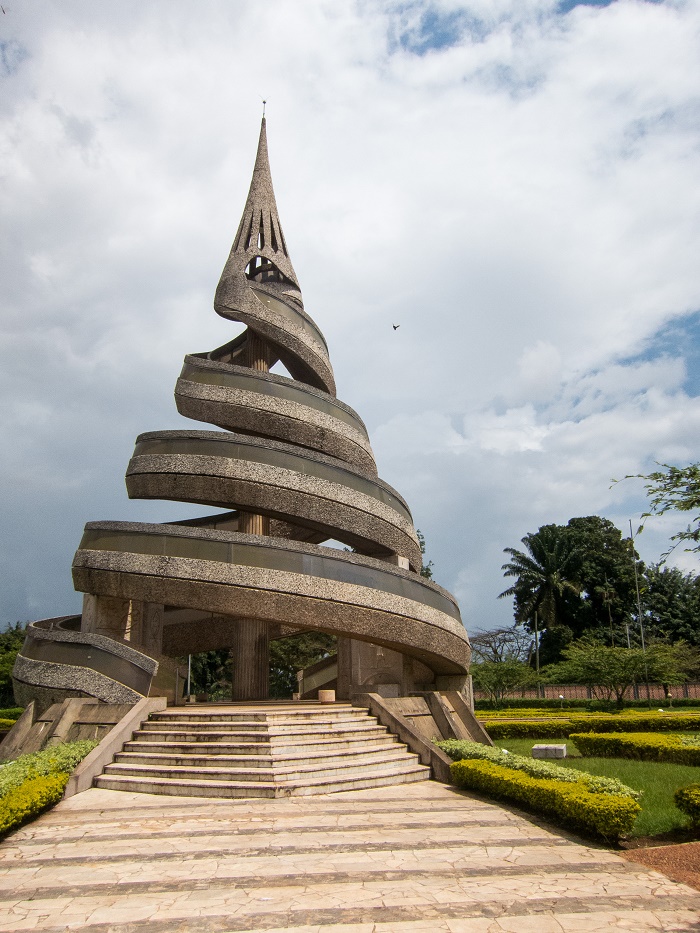 First the French part, in January 1960, and 10 months later the British part. Up until 1972, on the world map, there were two countries named Cameroon, which joined 12 years after their independence, into one country, the Federal Republic of Cameroon, and in that honor the Reunification monument was built in Yaoundé. The monument is designed by Gédéon Mpando, born in Cameroon in 1932, and was completed in 1974. 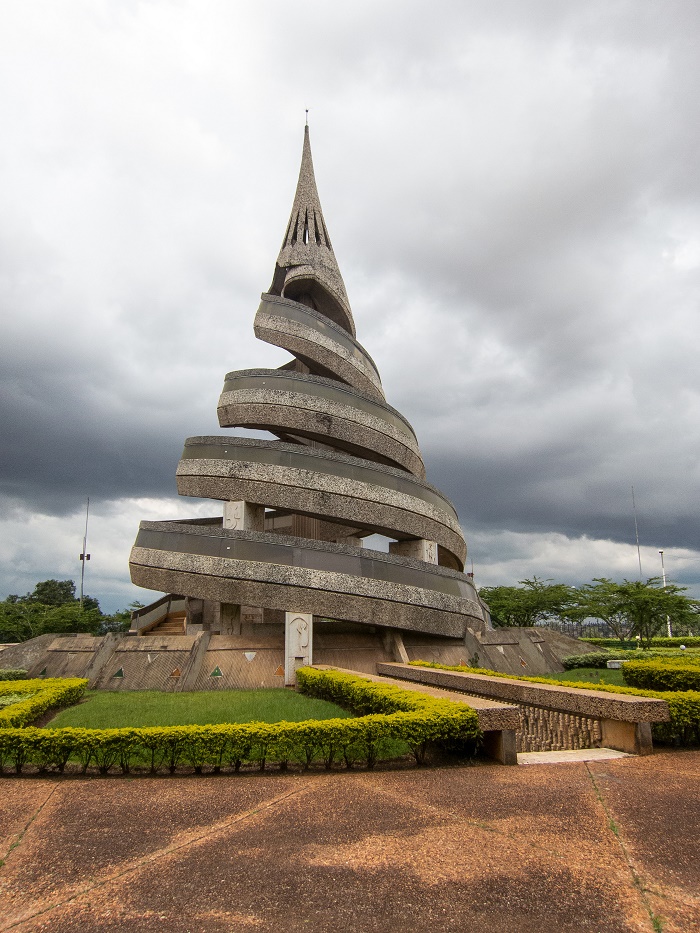 It was meant to be a major touristic attraction for people who are visiting the capital, and the most visible symbol of the unification of the both territories. Nevertheless, due to the lack of care for the monument, it has become a place for homeless persons and criminals. 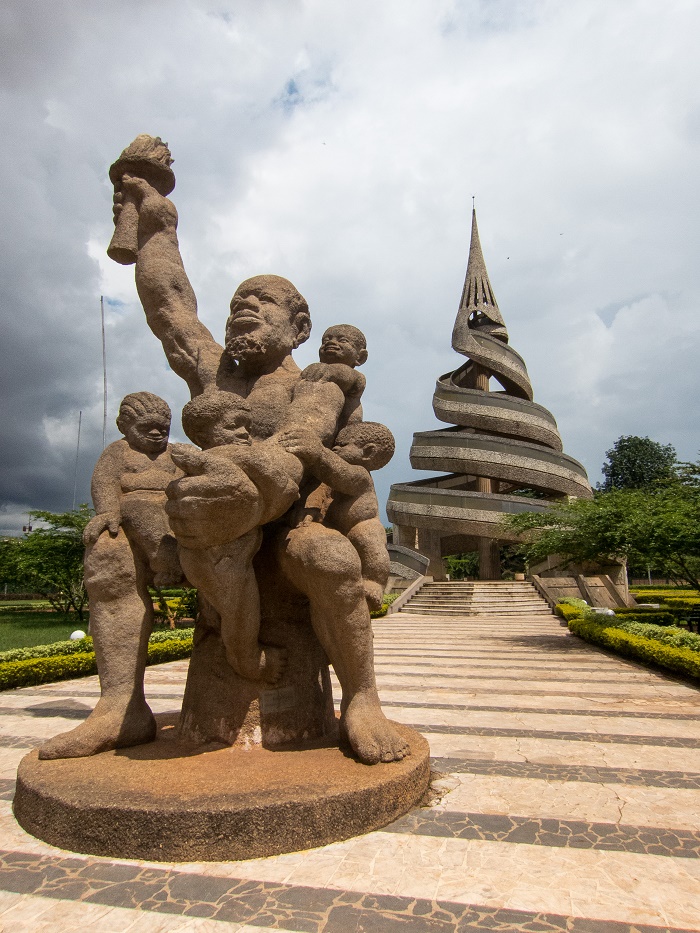 The main gate has no longer the function for which it was intended to have, it is unhinged and thrown onto the lawn, the beautiful gardens have been taken over by the wild shrubs, the stairs which once upon a time where white, at the moment are blackened and dotted with pools of stagnant water. 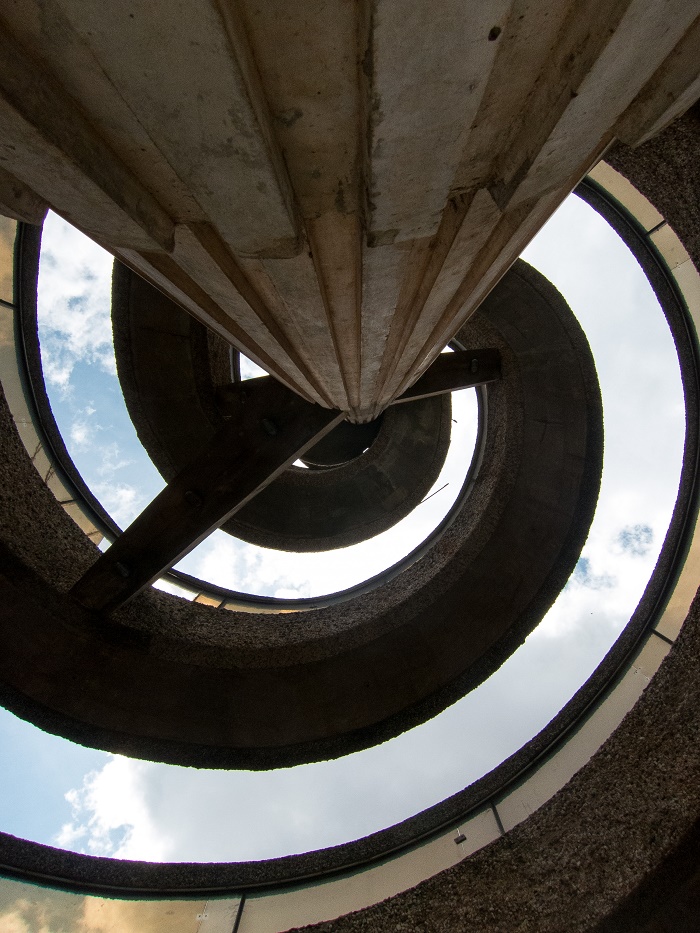 Also, at the basement, what was suppose to be a grandiose banquet hall, it has been overrun by grass and mud, but it comes in handy for the local DJs to organize parties. Even though it is in a very bad state, the monument will take your breath away and it only requires a little bit of attention from the local or central government (whichever is responsible) to get its shiny look from the past. 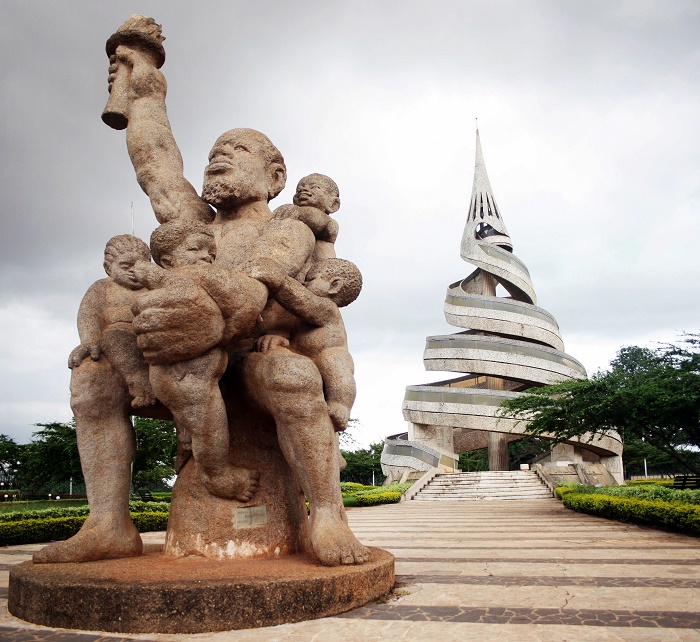