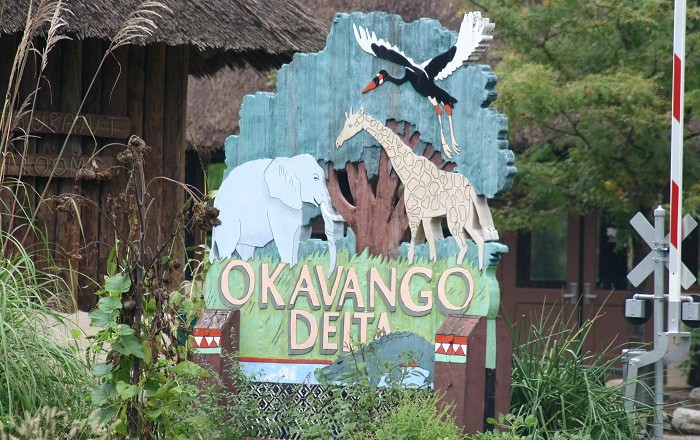 The Okavango Delta is a very large low gradient alluvial fan or inland delta located on the Okavango River in north-western Botswana. 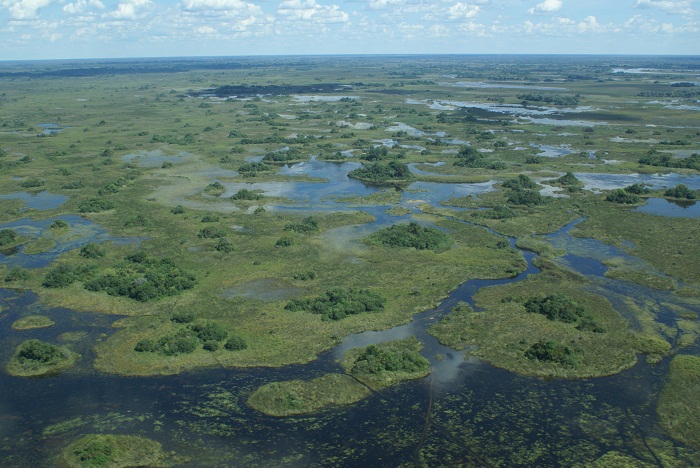 It is more precisely formed where the Okavango River reaches a tectonic trough in the central part of the endorheic basin of the Kalahari. All the water reaching the Delta is ultimately evaporated and transpired, and does not flow into any sea or ocean. Approximately 11 cubic kilometres flow into the delta each year. The water flows continuously into the delta and drains the summer (January to February) rainfall from the Angolan highlands. 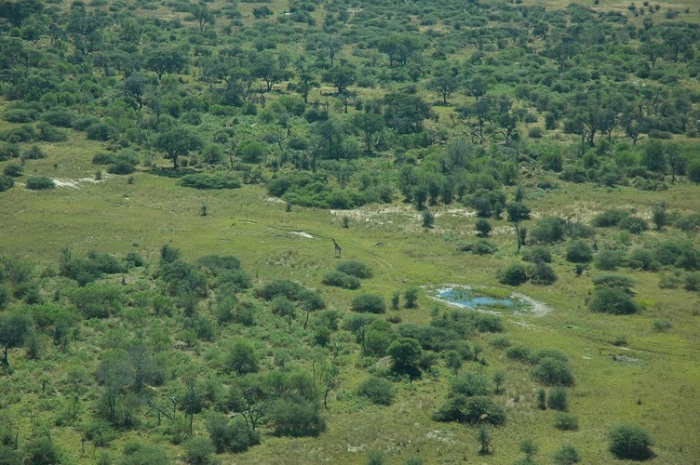 A surge, that flows 1200 kilometers in a month occurs between March and June. It is during this time that the Okavango Delta is at its largest. Rapid transpiration and evaporation occur caused by the high temperatures in the region result in a cycle of rising and falling water levels. 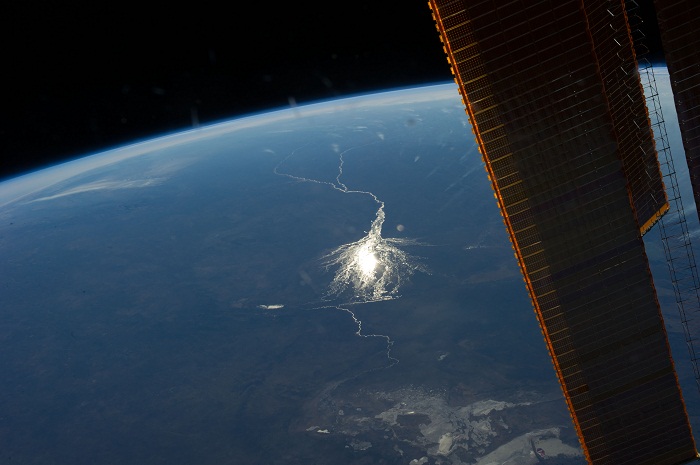 One of the only sources of water during the dry period the Okavango Delta attracts thousands of animals creating one of Africa’s greatest concentrations of wildlife. Once in the delta, the water is lost to transpiration by plants (60%), evaporation (36%), percolation into aquifer system (2%) and finally 2% flows out into Lake Ngami. 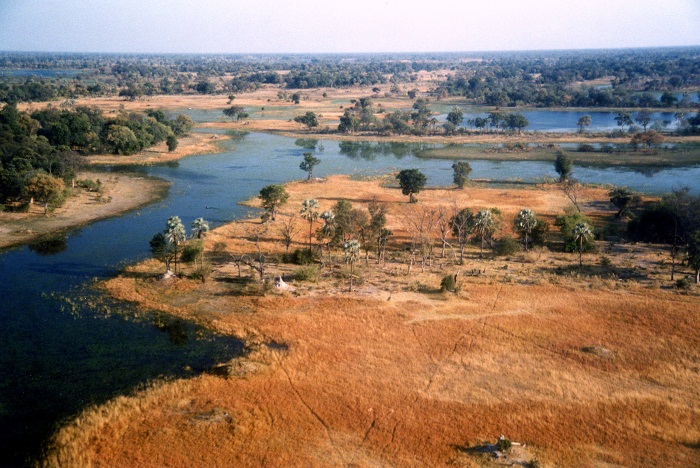 The scale and magnificence of the Okavango Delta helped it secure a position as one of the Seven Natural Wonders of Africa, which were officially declared on February 11, 2013 in Arusha, Tanzania. On 22 June 2014, the Okavango Delta became the 1000th site to be officially inscribed on the UNESCO World Heritage List. 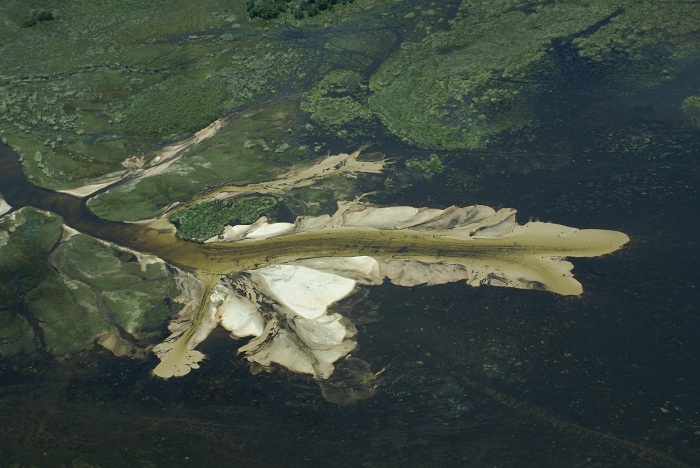 The site is an outstanding example of the interplay between climatic, geo-morphological, hydrological, and biological processes that drive and shape the system and of the manner in which the Okavango Delta’s plants and animals have adapted their life-cycles to the annual cycle of rains and flooding. 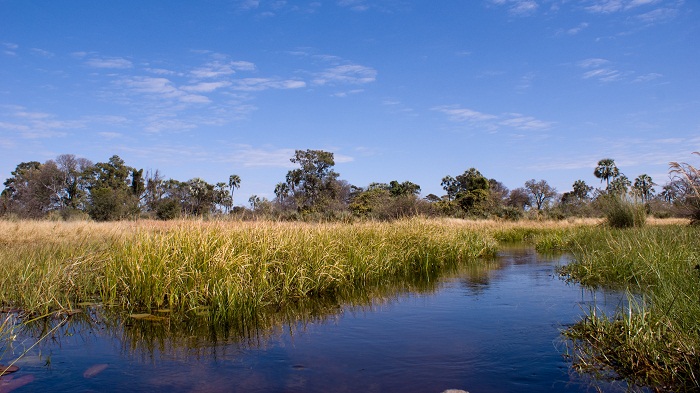 Subsurface precipitation of calcite and amorphous silica is an important process in creating islands and habitat gradients that support diverse terrestrial and aquatic biota within a wide range of ecological niches. 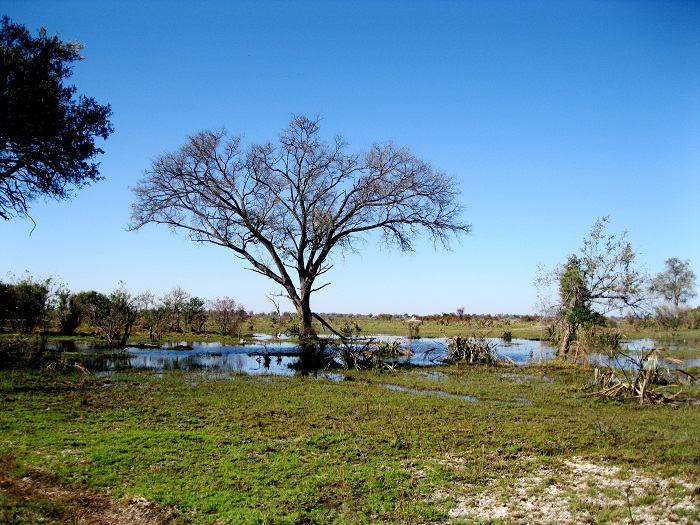 The agglomeration of salt around plant roots means that many of the thousands of islands have barren white patches in their centre, which have become too salty to support plants, aside from the odd salt resistant palm tree. Trees and grasses grow in sand near the edges of the islands that has yet to become too salty. 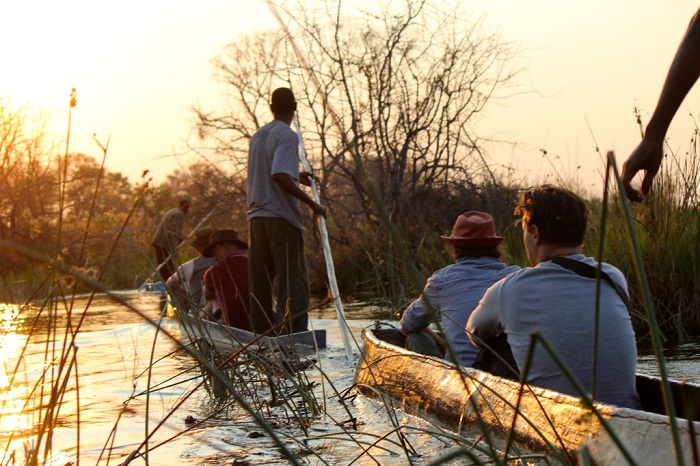 Approximately 70% of the islands began as termite mounds, where a tree then takes root on the mound of earth. The biggest island of them all is Chief’s island, which was formed by a fault line which uplifted an area over 70 km (43 mi) long and 15 km (9 mi) wide. 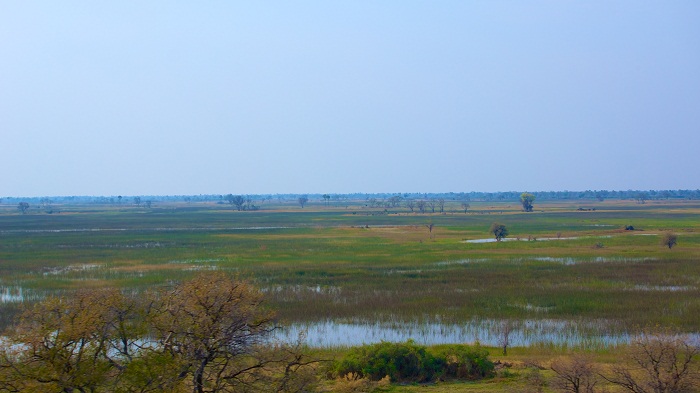 Historically it was reserved as an exclusive hunting area for the chief. It now provides the core area for much of the resident wildlife when the waters rise. A unique pulsing wetland with a vast ecosystem created by the Okavango River, supports large concentrations of birds and animals and perhaps one of the best places to see animals and birds in Africa. 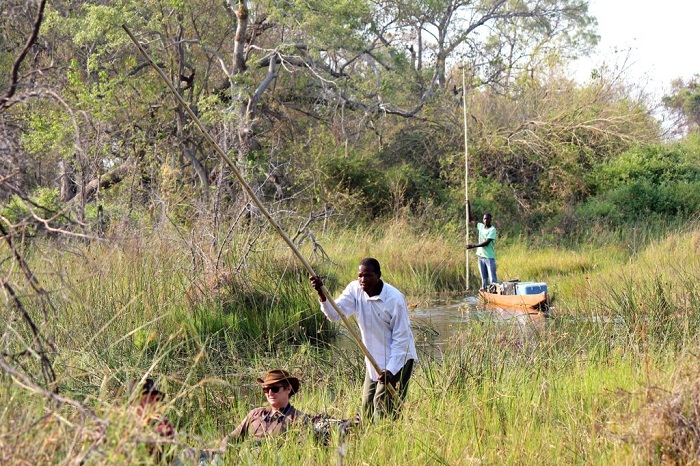 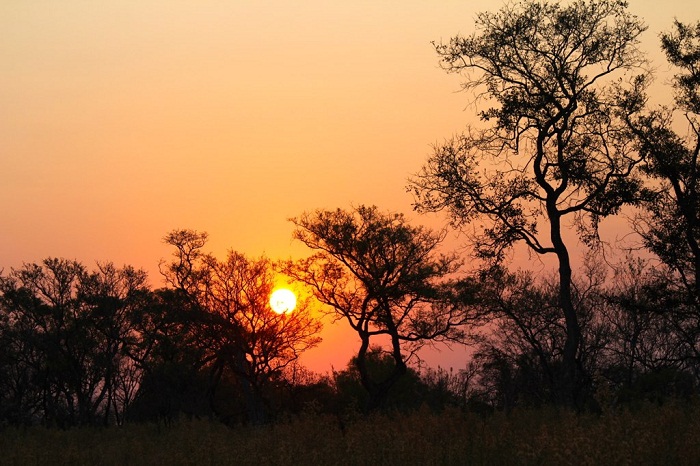 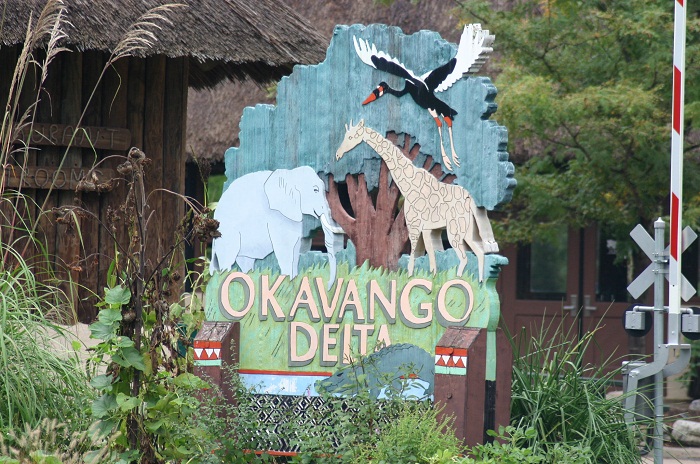 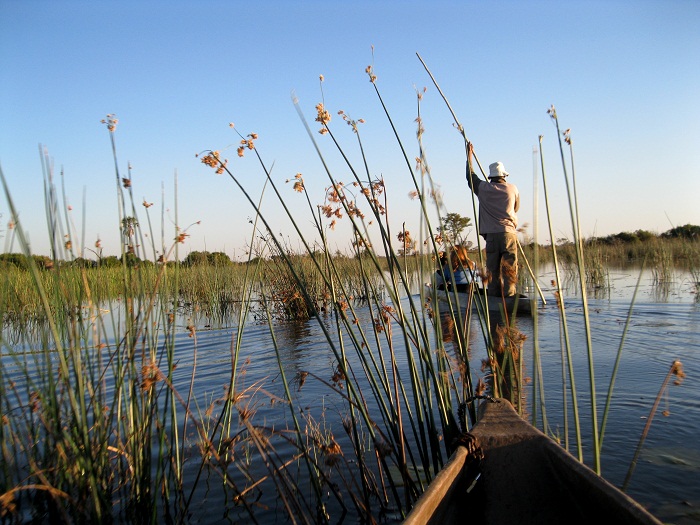 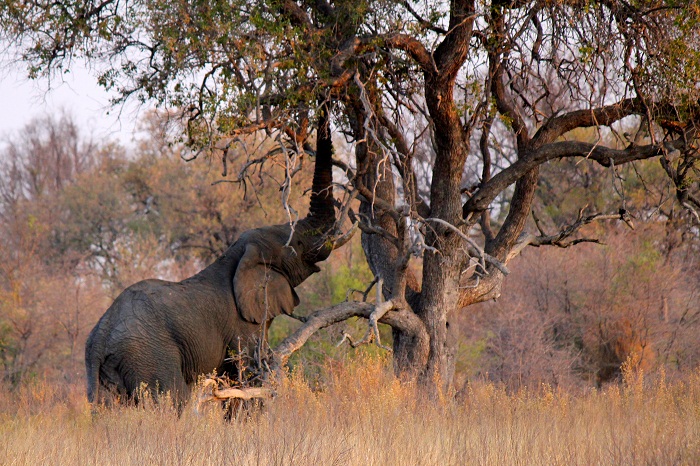 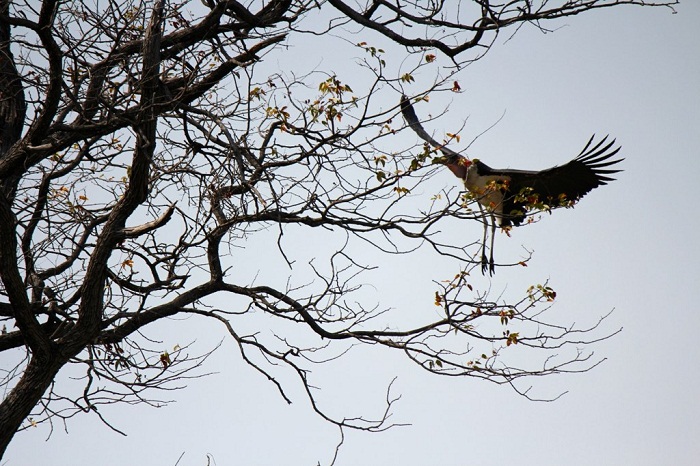 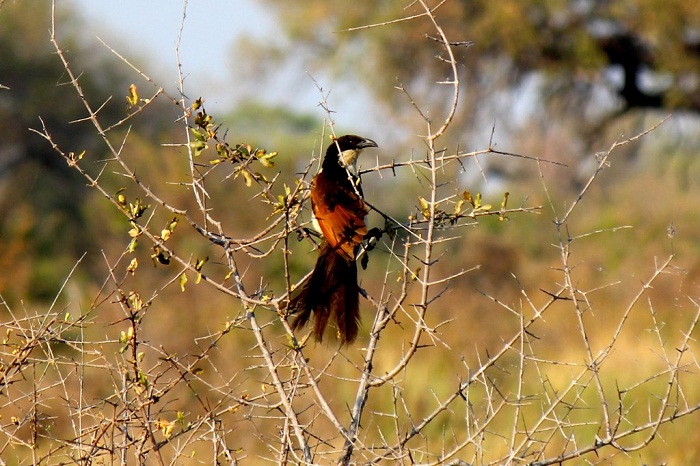 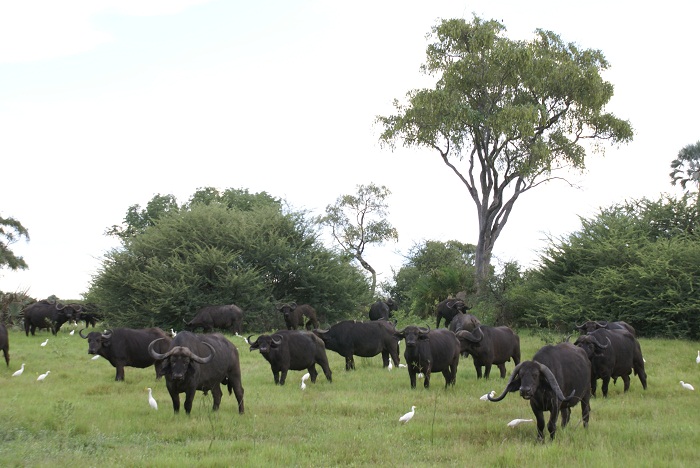 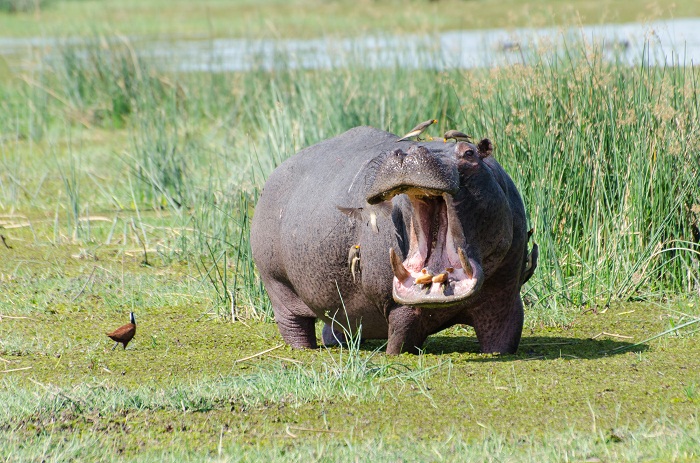