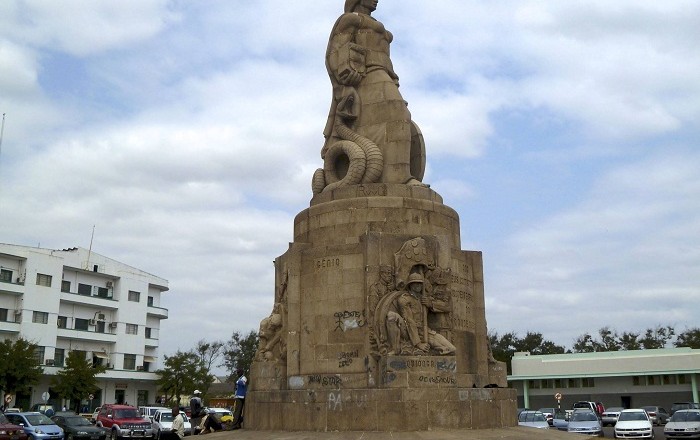 Monument to the Great War is a big monument which represents the efforts and sacrifices of the Portuguese and Mozambicans in the First World War, located in the capital city of Mozambique, Maputo. 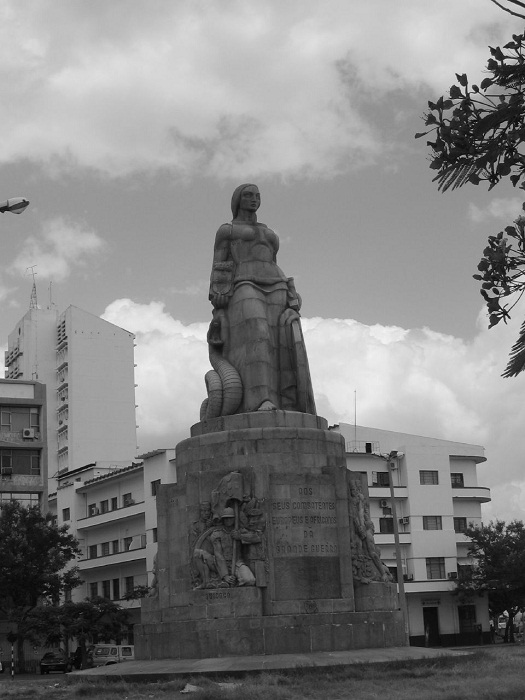 It stands in front of the train station in Maputo, at Praça dos Trabalhadores, and it was dedicated in 1935. Due to the positions the African people had at the beginning of the Great War, this memorial, most likely resembles mostly the sacrifices of the Portuguese in repelling the German invasion of northern Mozambique, thus making it more a Portuguese memorial. 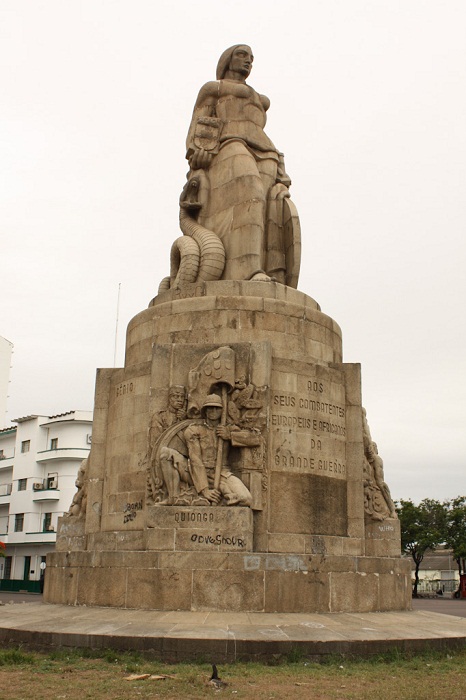 That was the reason in 1975 for then Minister of Transportation Cabaço, who was for destruction of this monument. It was argued that it should be blown away with dynamite, however, the multi-ton hunk of steel-reinforced concrete did not allow for that to happen. 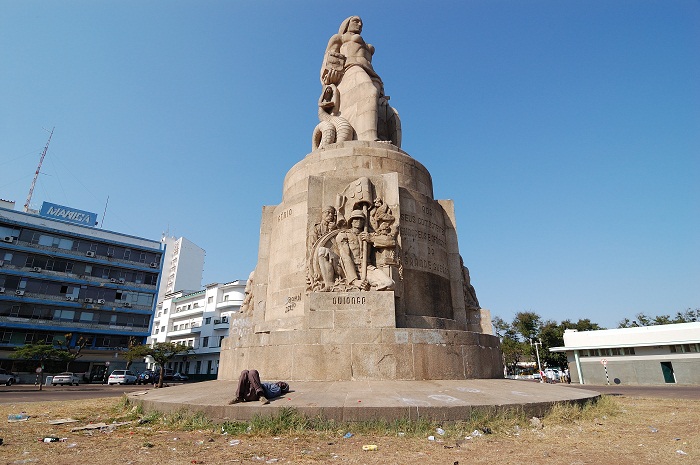 In the end it was reasoned that the memorial was a monument to the territorial integrity of Mozambique, so it survived the planned demolition. Nonetheless, the war-faring woman of stone, presiding over the station entrance is the work of the Portuguese sculptor Rui Gameiro in cooperation with the architect Veloso Kings. 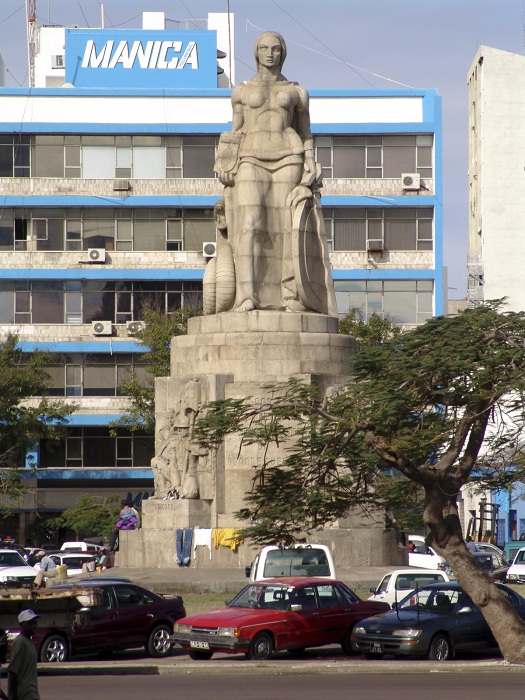 Local legend surrounding this statue states that it honours a courageous woman who rid the area of a deadly cobra (rising up from the woman’s feet), which had killed many of the local people. The notorious creature met its match when it plunged to its death into a boiling cauldron of porridge balancing on the woman’s head. It definitely is one of the landmarks of Mozambique’s capital. 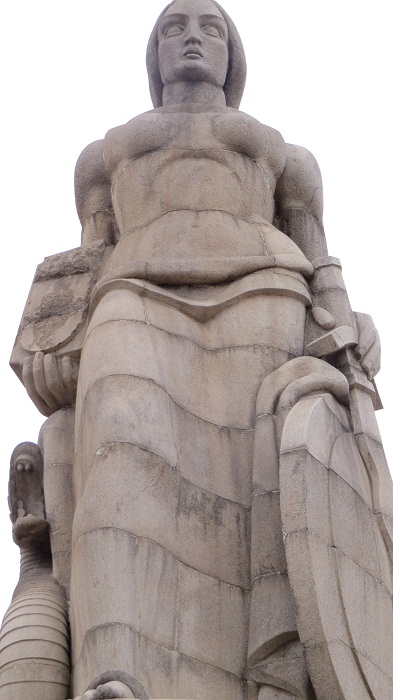 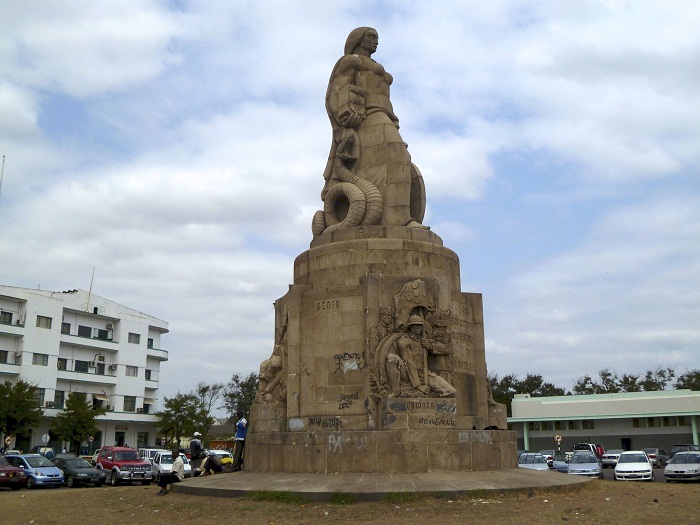