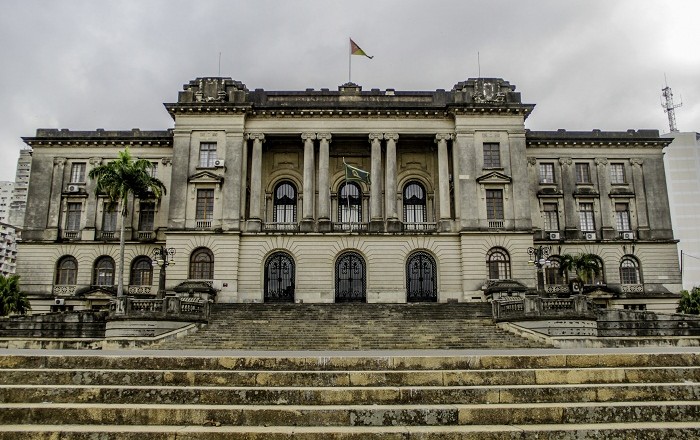 Maputo City Hall is the house for the seat of the local government of the capital of the Republic of Mozambique, Maputo. It has been built in 1947, follwoing a neoclassical style. José Maria da Silva Cardoso, the mayor of Maputo, while under Portuguese colonial rule the city was known as Lourenço Marques, opened an architecture competition for a new city hall in the 1930s. 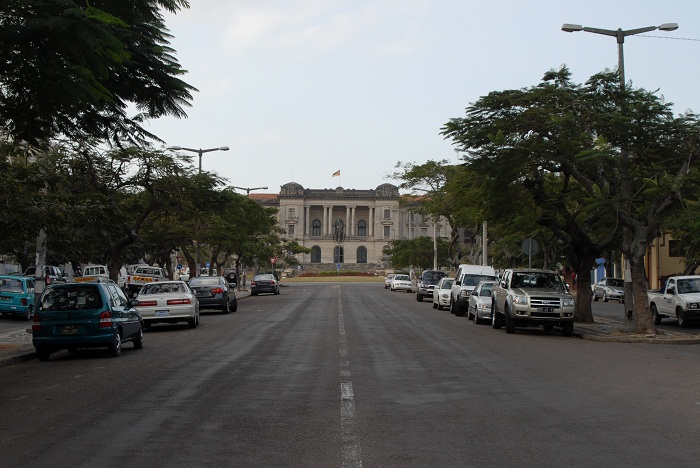 Because of the growth of the colonial city, it was needed a new city hall. The Portuguese-Brazilian architect  Carlos César dos Santos won the competition in 1938, and in 1941 the new mayor Francisco dos Santos Pinto Teixeira, started construction works on the new building. 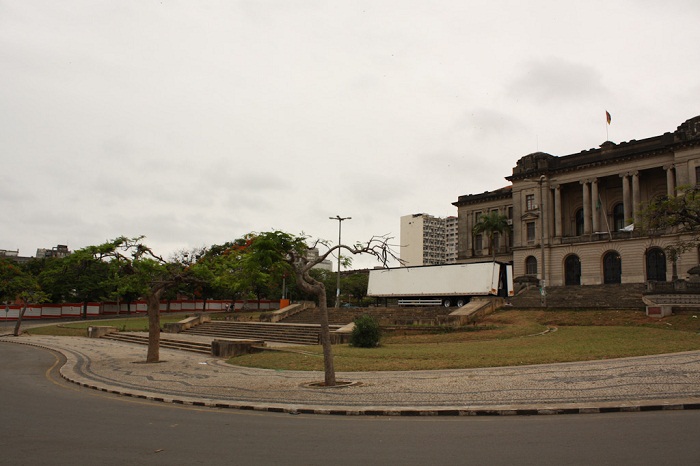 The building is with a trapezoidal layout situated on a hill, so it became automatically the focal point of the Avenida D. Luis (today Samora Machel Avenue), which connects the Independence Square with the city’s downtown area. The façade is 65 meters (213 feet) and follows the architectonic beaux-art rules. Due to financial constraints, the city government chose artificial stone instead of dimension stone. 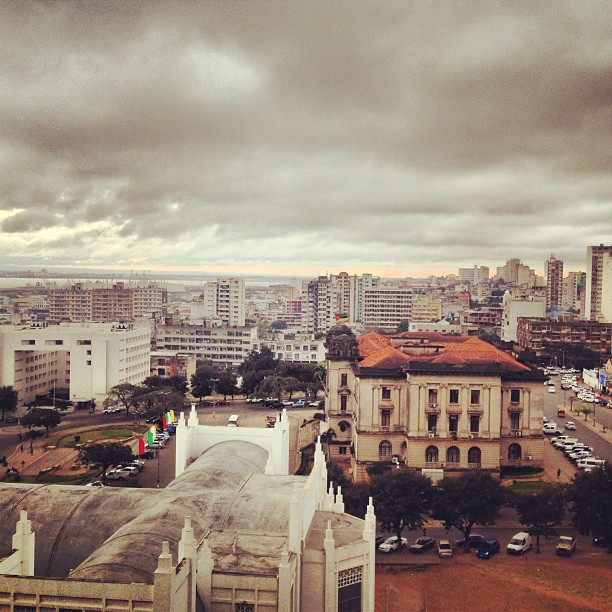 As soon as the construction was finished in 1947, the government moved in it. It remained the seat for the city government, even after gaining independence in 1975. Added to the list of cultural monuments of Maputo in 2011, furthermore, it is listed in the Portuguese heritage database Sistema de Informação para o Património Arquitectónico (SIPA) under the number 31708. 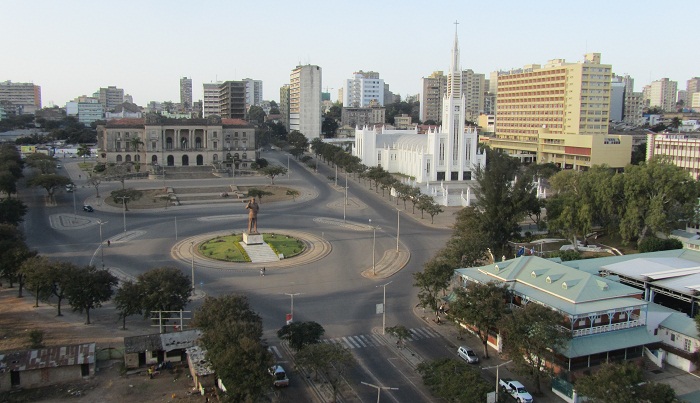 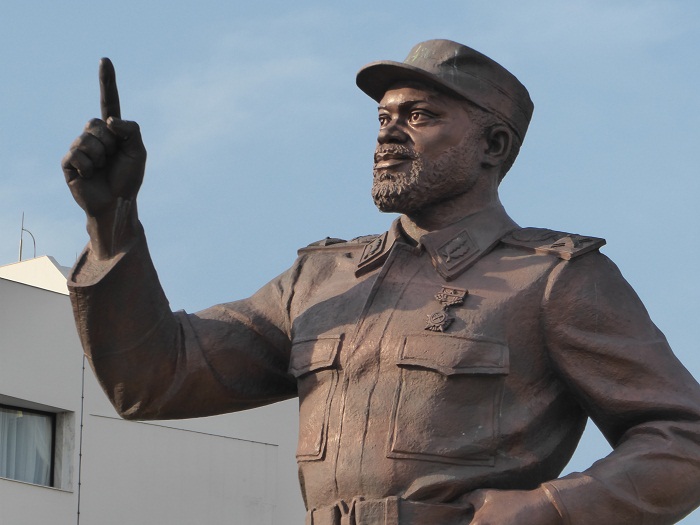 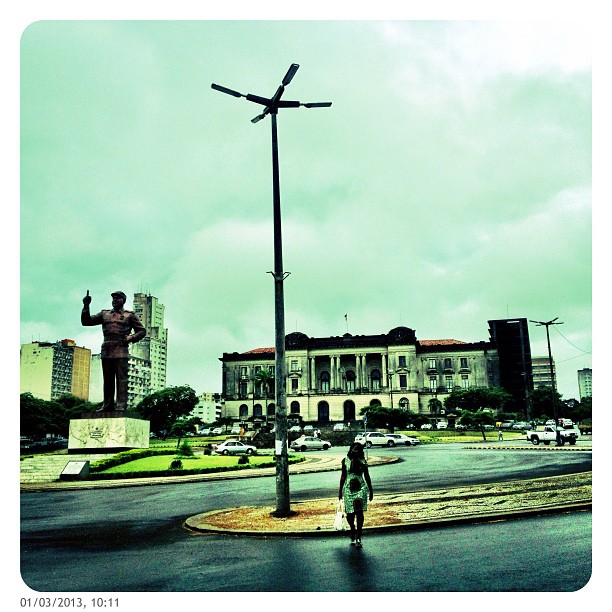 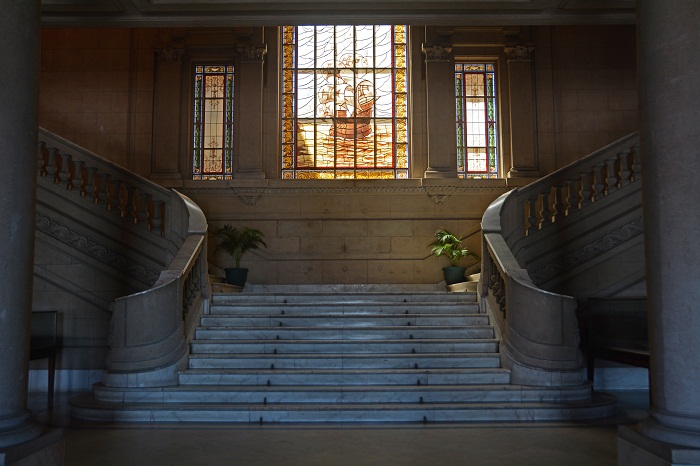 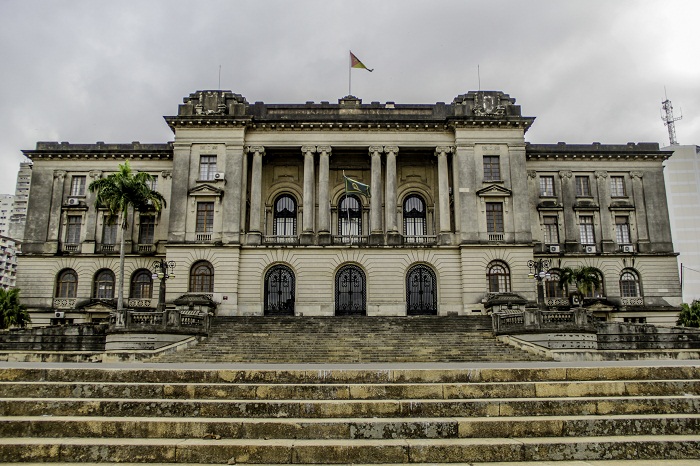 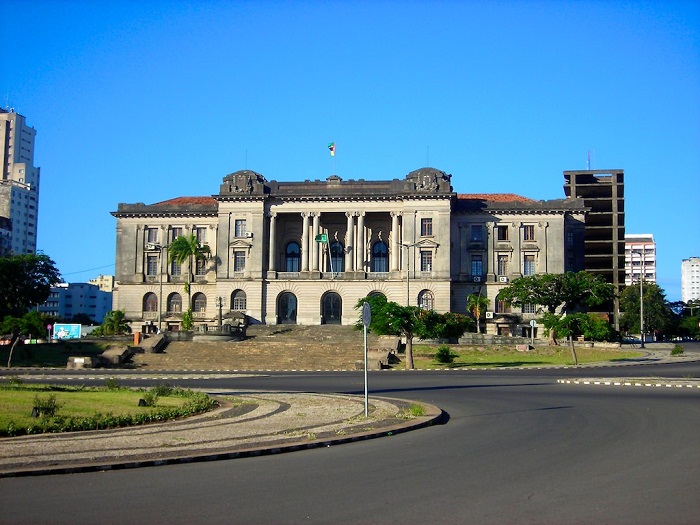