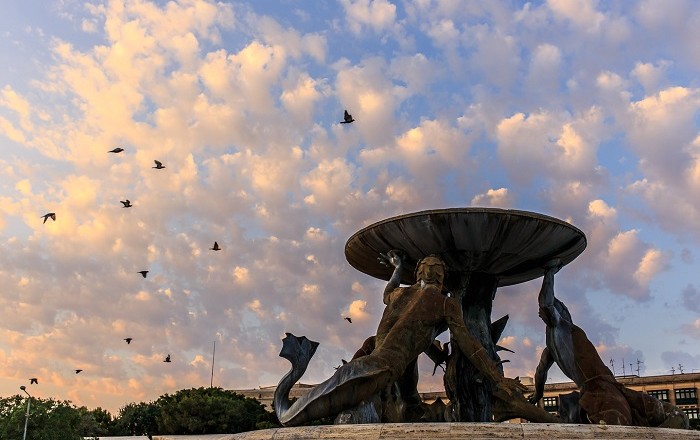 The Triton Fountain is a bronze fountain and also one of the most known landmarks of the capital city of the Republic of Malta, Valletta. Located in front of the City Gate of Valletta, the fountain was sculpted by the local Maltese sculptor, Vincent Apap in collaboration with Victor Anastasi, who began working on the fountain in 1955, and he finished this grandiose masterpiece in 1959, while Malta was ruled by a colonial government. 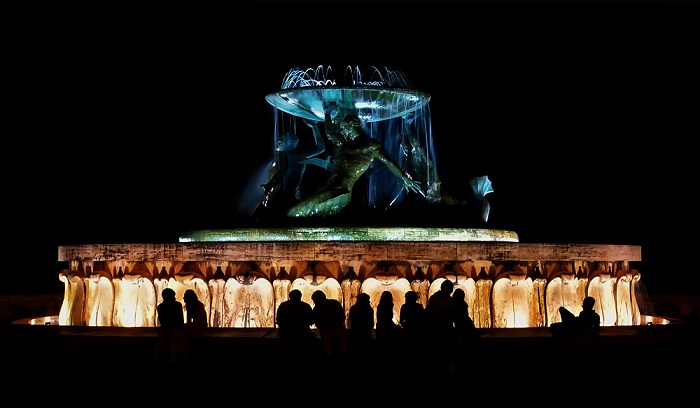 There were other proposed projects on how the space to be organized with a fountain, however, the Ministry for Public Works and Reconstruction chose Apap’s project in coordination with various professionals in the field. The main concept of the work was to show Malta’s maritime links, thus adopting the mythological figure of the Triton, which was somewhat inspired from the Fontana delle Tartarughe, located in Rome’s Piazza Mattei. 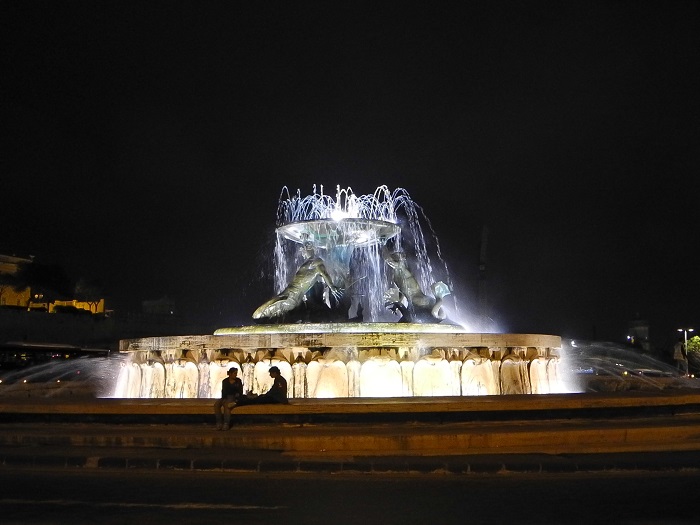 The base of the fountain is constructed of reinforced concrete, consisting of four water-bearing concentric basins, being named as: the bacino centrale, the vasca intermedia, the vaschietta, and the large outer vasca inferiore. The most visible elevation aspect of the basins was the outer elevation of the vasca intermedia, which was clad in a symmetrical foliage relief in travertine. 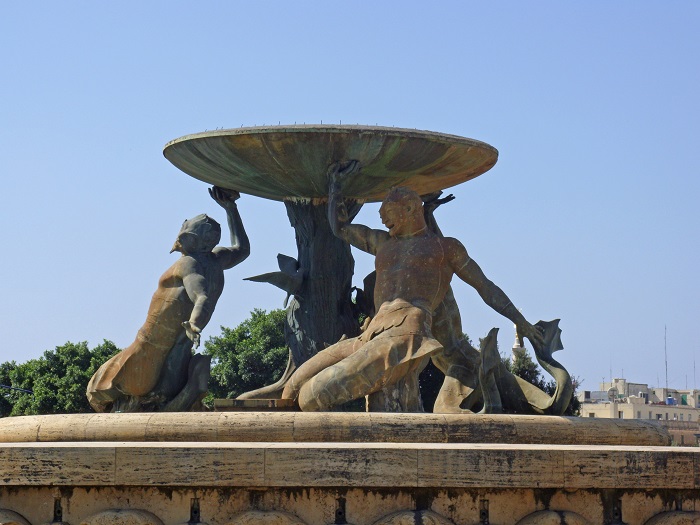 Unfortunately, the inherent weakness in the structural design of the supporting arms of the bronze group, coupled with the excessive weight of water that was filling the top bronze basin, which led to the failure of one of the Triton supporting arms, which in turn caused the collapse of the basin and resulted in substantial damage to two of the three Triton figures. 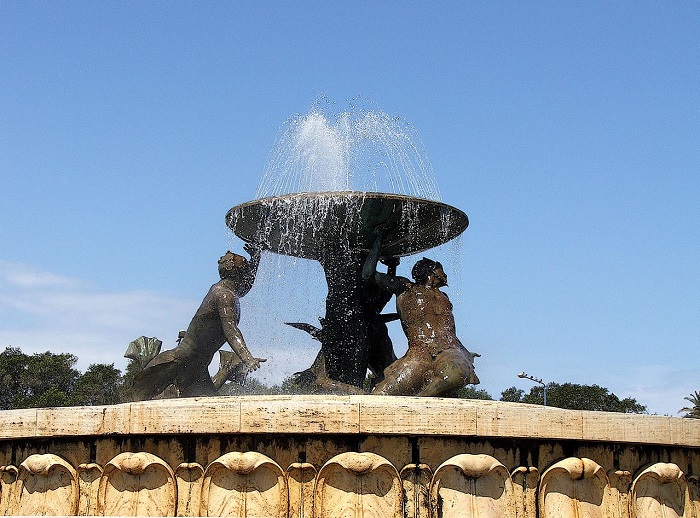 The fountain was repaired with the restoration in 1987, and also the bronze group was modified by the addition of a central supporting accretion covered by a bronze sculptural arrangement devised to support the top basin in conjunction with the Triton figures, and to incorporate the water pipe originally passing through the Triton arms and hands holding the basin. 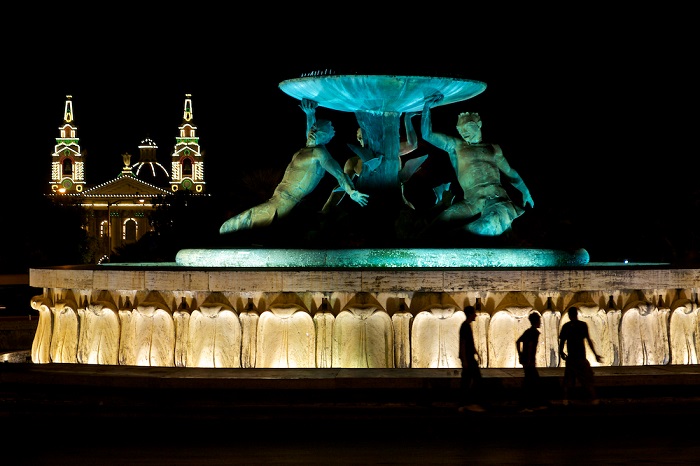 Located on the square that is used as a bus terminus, there are plans for the Triton Fountain Square to be used only as a pedestrian area, allowing every visitor and local as well to enjoy more in this local piece of art. Listed on the National Inventory of the Cultural Property of the Maltese Islands, this public fountain will be restored and brought to its former glory, after the restoration it had in 1987. 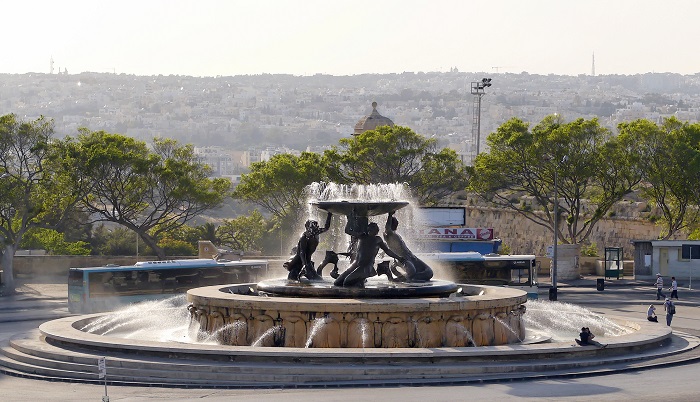 There were plans in 2011, done by the Government of Malta for the fountain to be moved some 50 meters (164 feet) away from the City Gate in order to create an open space that will complement the new city gate project which was designed by the renowned architect Renzo Piano. 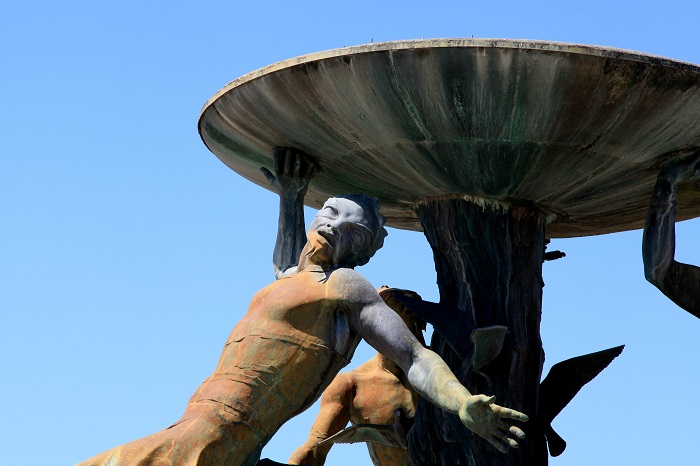 Fortunately, with the uproar from the Maltese people the plan was withdrawn and the Triton Fountain shall remain in its original location, so that it will greet every single person who is going to come to Malta’s capital to experience the historic past the country has. 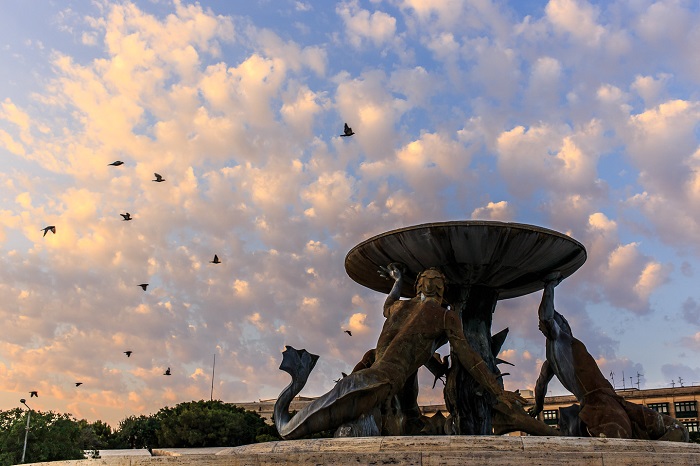