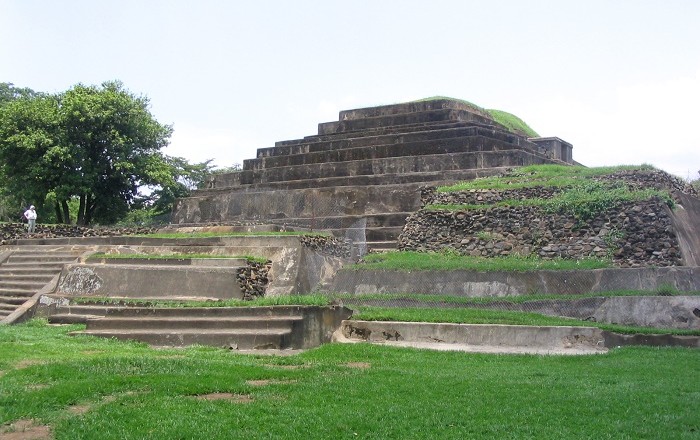 Tazumal is an important Pre-Colombian Maya archeological site located in Chalchuapa, El Salvador and it is the most important and extensively restored Maya site in the country. Tazumal is actually an architectural complex within the larger area of the ancient Mesoamerican city of Chalchuapa, in western El Salvador. While the ruins are very important for El Salvador they pale in comparison to those in neighboring countries. 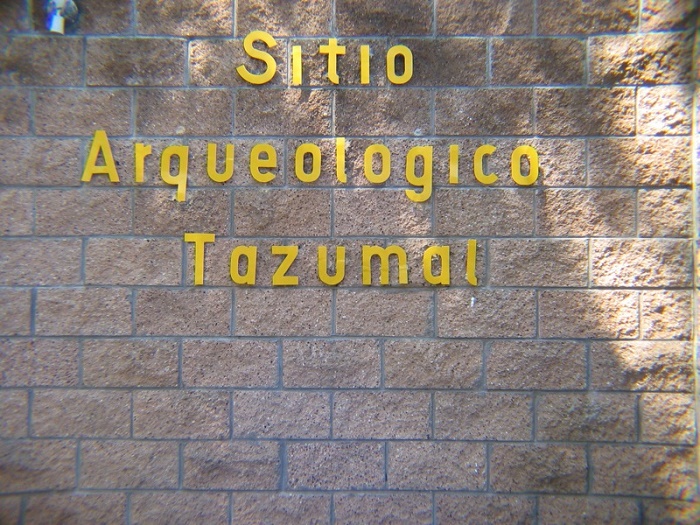 Although close together, the individual groups have been given separate names and are treated as separate Maya cities. The structures in the city show evidence of being influenced by Copán in Honduras, and also share some stylistic elements that are more characteristic of central Mexican, such as those in Teotihuacan. 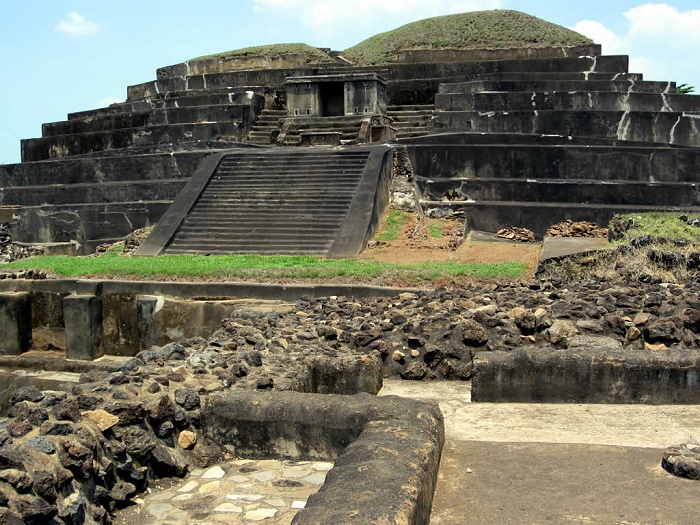 It is believed that the city was running as an important trading center, and most of the ruins still remain to be excavated. The construction of the city is supposed to be between 400 AD and 680 AD, but abandoned around 1200. The population was shifting westwards towards the center of what is now the modern town of Chalchuapa. The site was majorly excavated between 1942 and 1944 by Stanley Boggs. This restoration included coating the structures that were left with modern cement, which Boggs judged to be sufficiently similar to their original appearance as to justify its use. Boggs’ final report was not made generally available and no further archaeological investigations were carried out until the early 21st century. 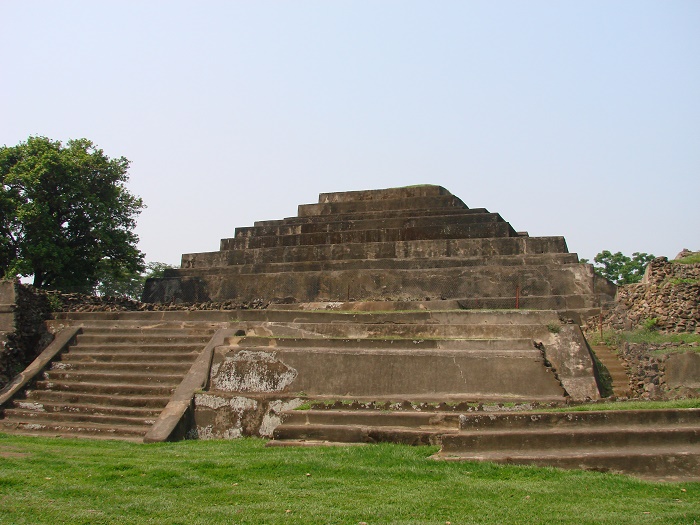 Visitors are no longer allowed to climb any structure at Tazumal due to the damage from the 2001 earthquake. Built upon a basal platform, called the Great Platform by Boggs, that measures 73 by 87 metres (240 by 285 feet) (east-west by north-south), it is believed to have developed from a central temple and platforms on each side in the cardinal directions, with the west platforms serving as the main approach. 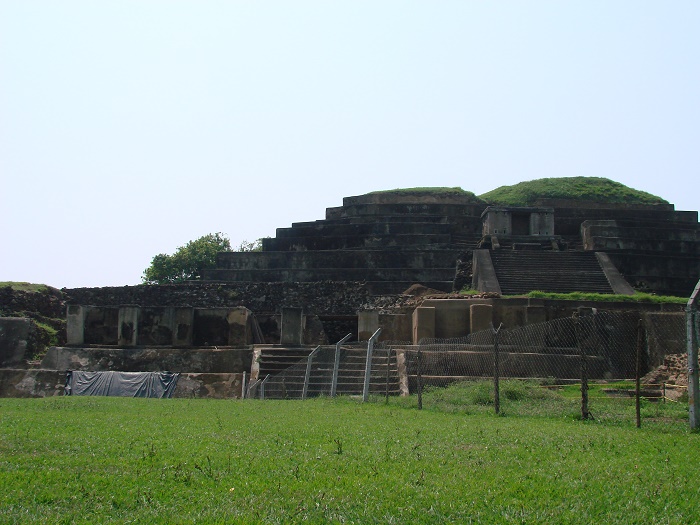 As the complex developed, the space between the platforms was filled to form the Great Platform, the earliest version of which measured 65 by 74 metres (213 by 243 feet). The main pyramid B1-1 was then built upon the Great Platform, behind the western platform and covering the original central temple. 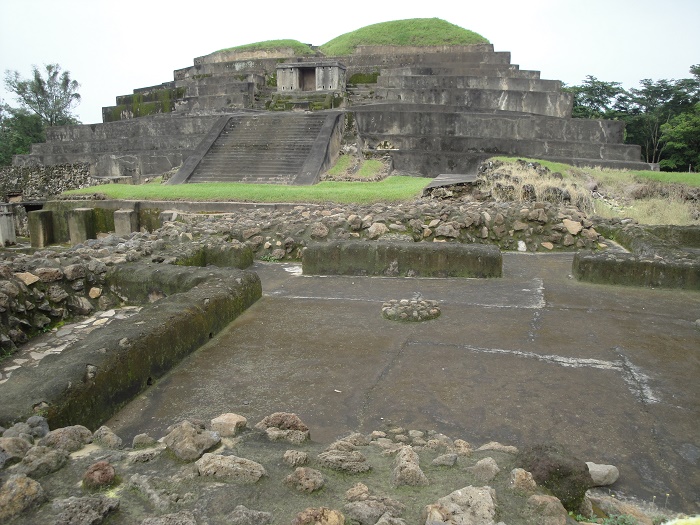 The Great Platform was remodeled at least three times before it reached its final dimensions. Truly a grand masterpiece built throughout the years, which sadly had to be left in ruins and discovered centuries later. 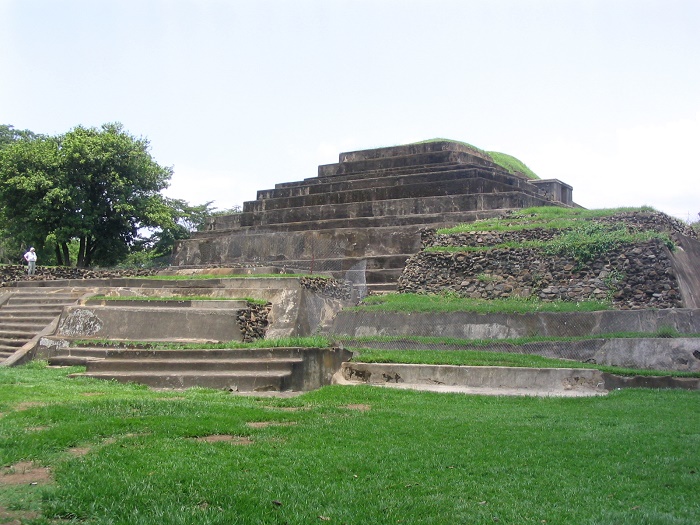 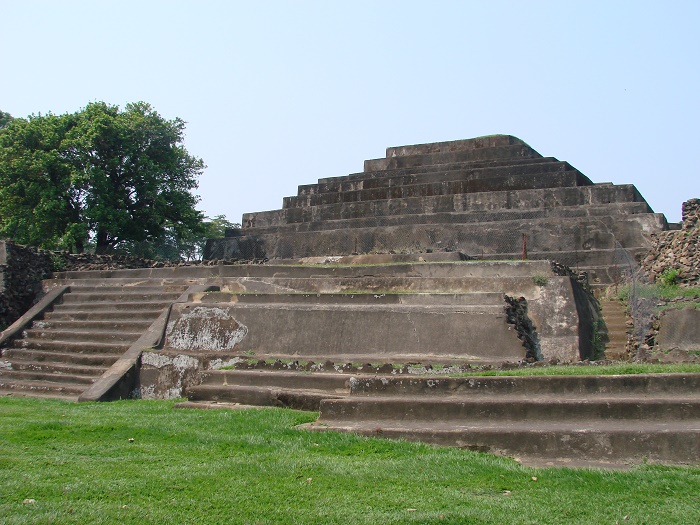 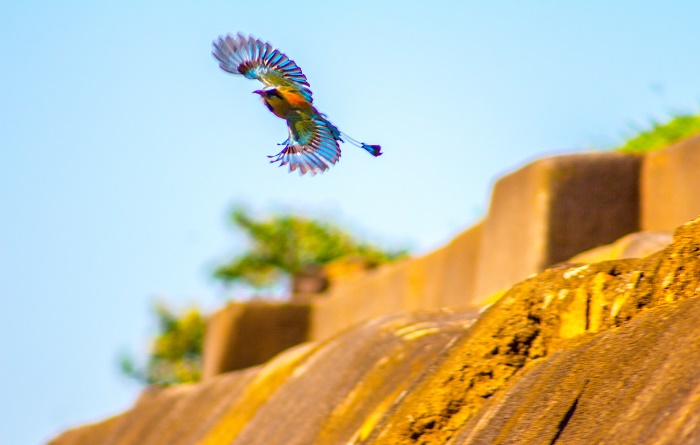