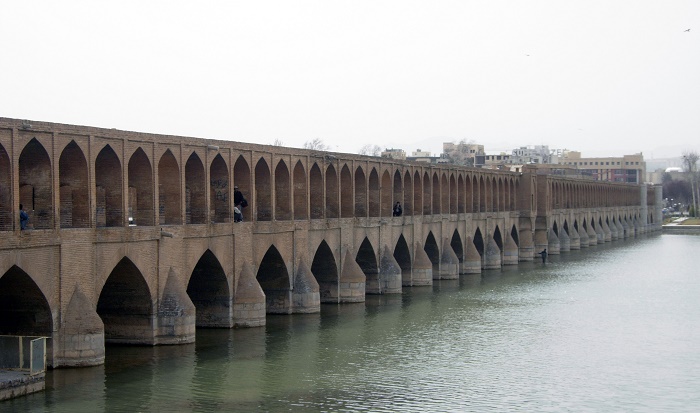 Si-o-se-pol Bridge, also known as the Allahverdi Khan Bridge, is an old historic bridge which is considered to be the longest one on the Zayanderud River in the city of Isfahan, within the Islamic Republic of Iran. 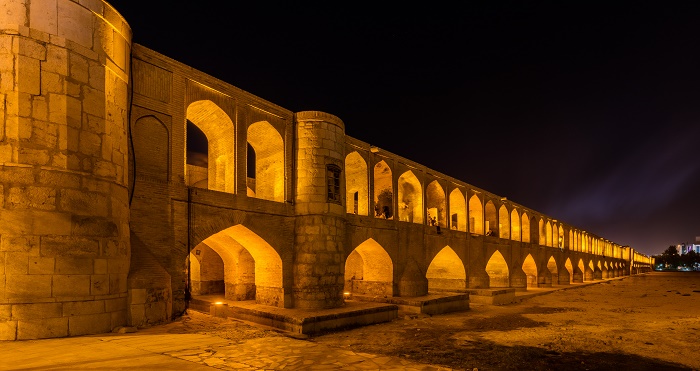 Being among other ten bridges that can be found in the city, the Si-o-se-pol Bridge is considered to be a big landmark as it was built between 1599 and 1602 with stone and bricks, featuring two decks. The total length is measured at 298 meters (977 feet), and it is 14 meters (45 feet) wide. 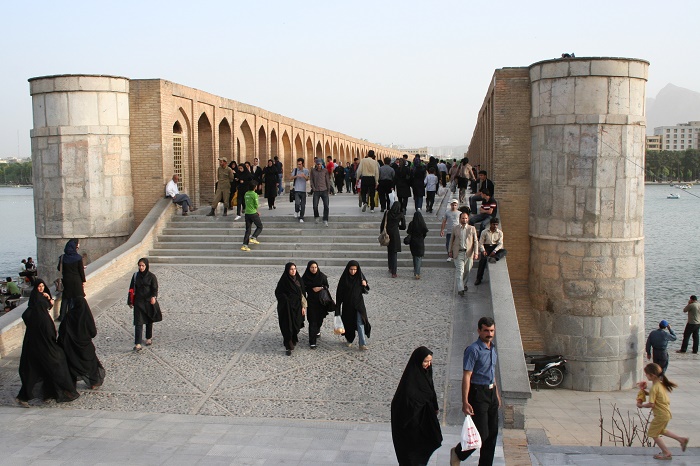 There are 33 arches, among which the longest one spans more than 5 meters (18 feet) above the river. Treated as one of the largest Iranian structures built above water, on the upper part of the bridge is located a road which is bounded by each side with walls in order to protect the pedestrians who pass on it from the winds, and to prevent them from falling into the river. 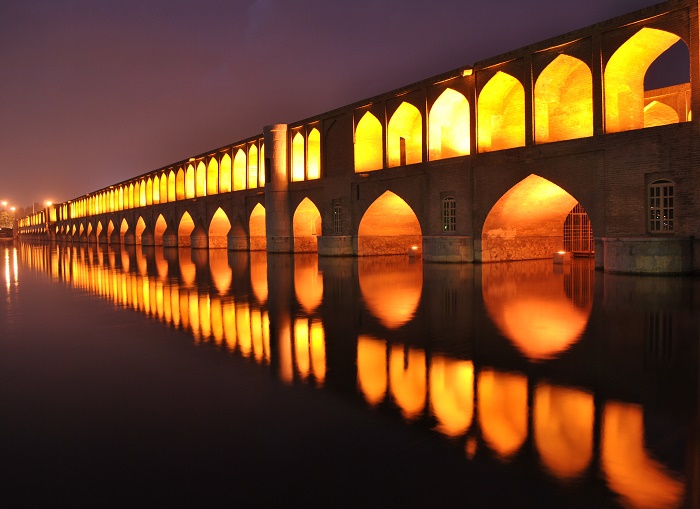 At the beginning of the bridge, on the right side, there is a larger base plank under which the Zayanderud flows with a tea house which unfortunately does not operate, and it is completely abandoned. Still, this historic landmark of Isfahan is without any doubt among the best things a person can see while in the amazing Iran. 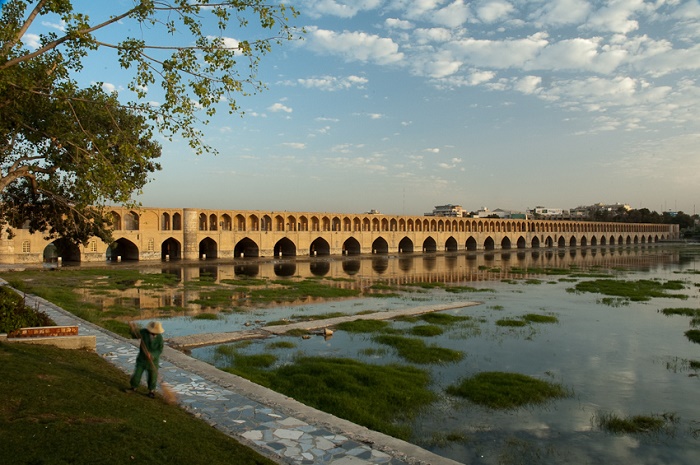 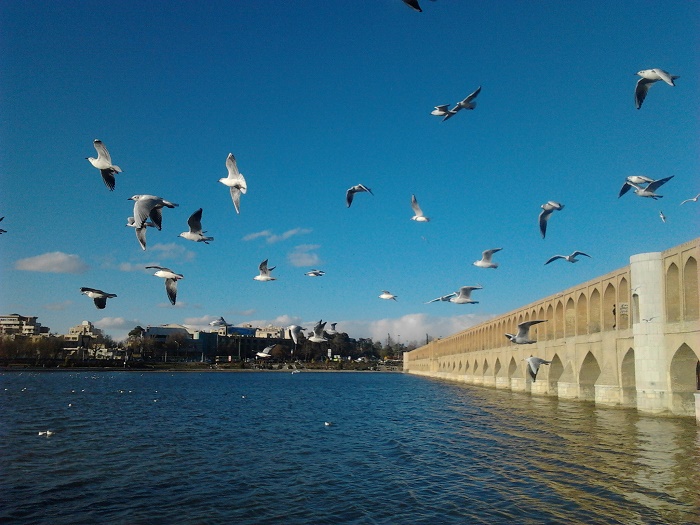 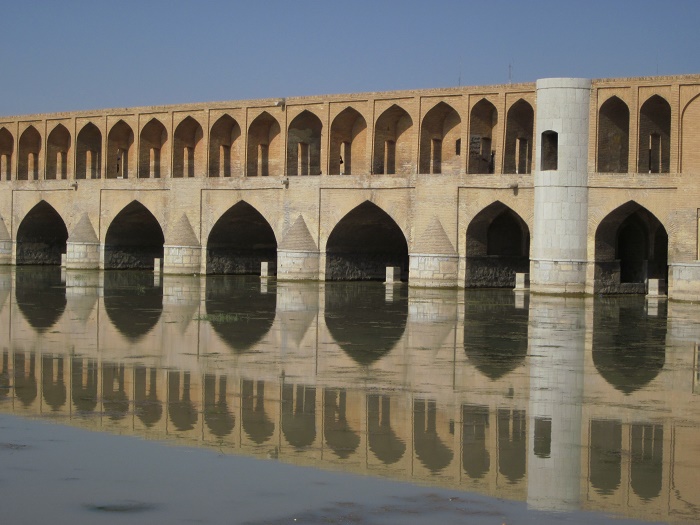 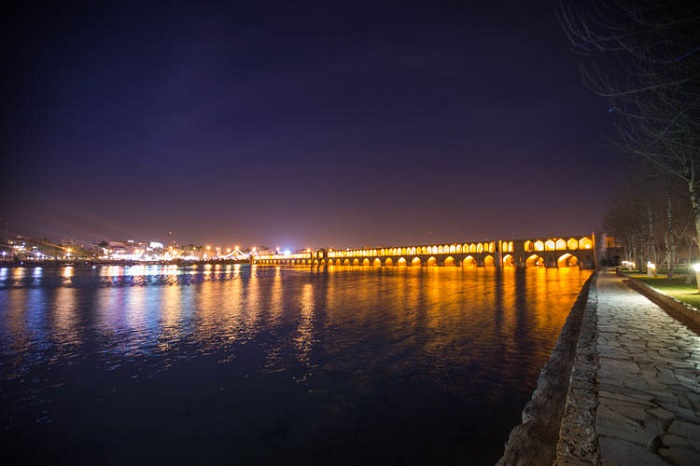