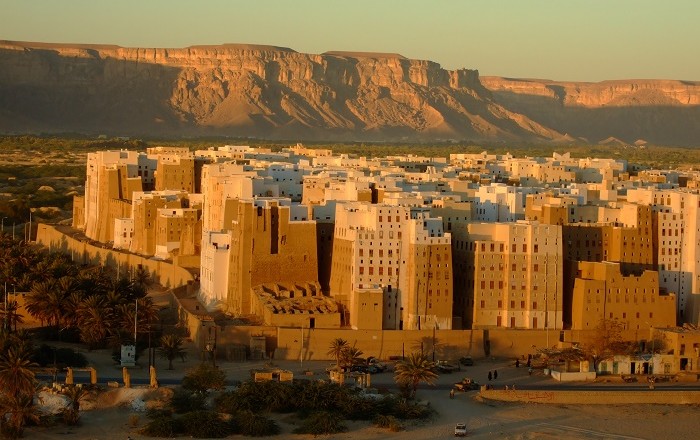 Shibam is a famous mud brick-made high-rise buildings with about 7,000 inhabitants, located in the Republic of Yemen. Surrounded by a fortified wall, the 16th-century city of Shibam is one of the oldest and best examples of urban planning based on the principle of vertical construction. 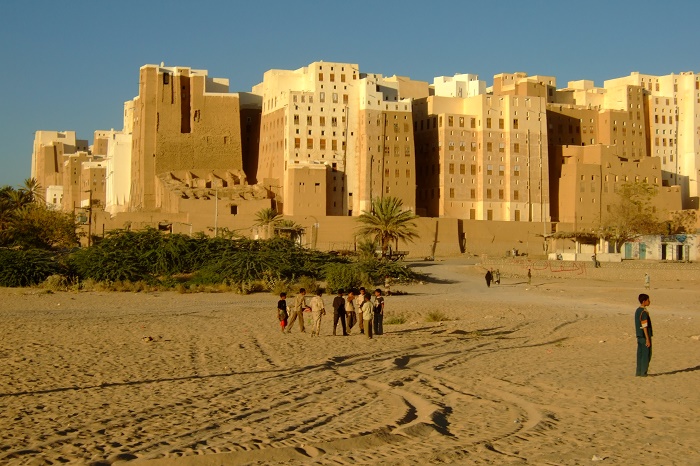 Its impressive tower-like structures rise out of the cliff and have given the city the nickname of ‘the Manhattan of the desert’. Walking through the narrow chaotic alleys dwarfed by soaring towers, few would estimate the age of Yemen’s city of Shibam at nearly 1,700 years. 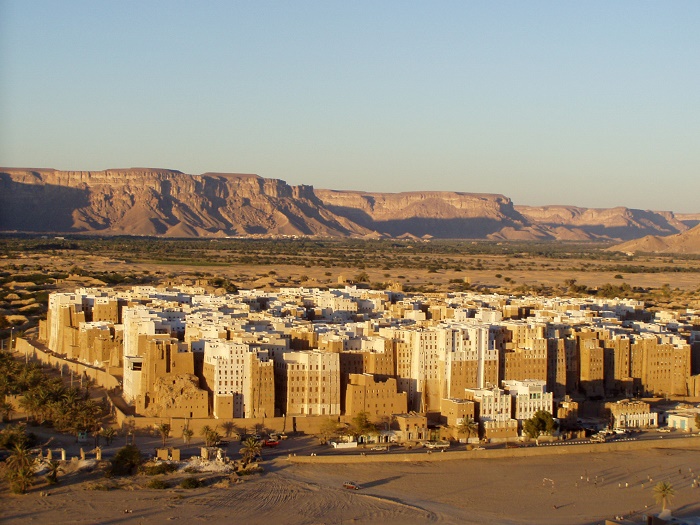 The roots of the city can be traced even from the 9th century, which means it was in the pre-Islamic period. The reason why the inhabitants started building the city with high-rises are the flooding of the wadi Hadramawt. The highest building is actually eight stories high, which measures around 30 metres (98 feet). Usually the average height is about five stories high. Most houses date from the 16th century, when Shibam was recovering from a severe flood. 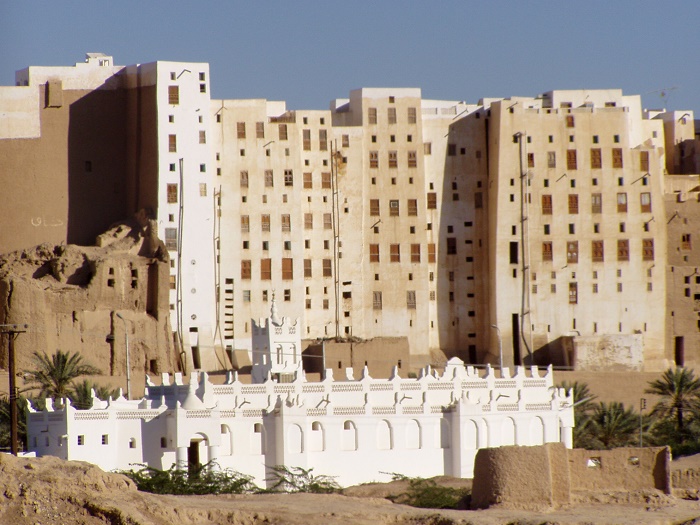 Thanks to a fortified ring wall, the city has survived nearly two thousand years despite its precarious position adjacent to the wadi floodplain. The surrounding landscape of spate irrigated land which has been, and still is in agricultural use, constitutes an integrated economic system involving spate agriculture, mud generation and the use of mud for building construction that no longer exists elsewhere in the region. 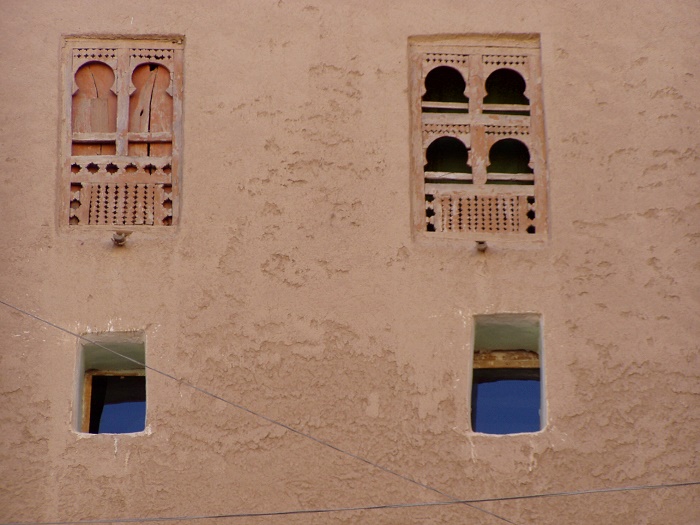 Designated as a UNESCO World Heritage Site in 1982, it is one of the focal points for the Yemeni tourism. However, in 2009 there were terrorist attacks, which were done by suicide bombers, killing South Korean tourists, and also hoping the people won’t dare to come again in the city, nor the country. 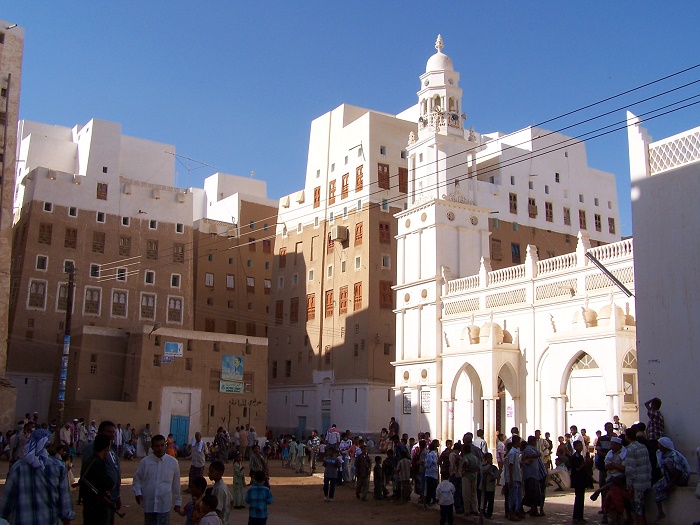 Nevertheless, the Manhattan of the desert definitely needs to be on everyone’s list for visit, with hope that Yemen in the near future will be safe for traveling. 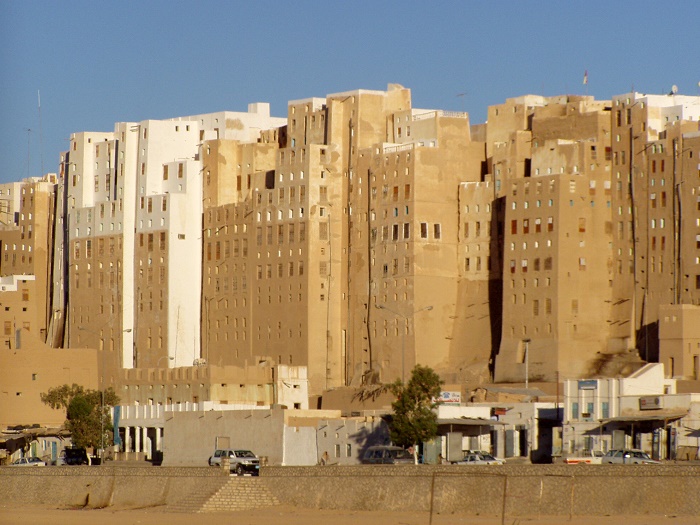 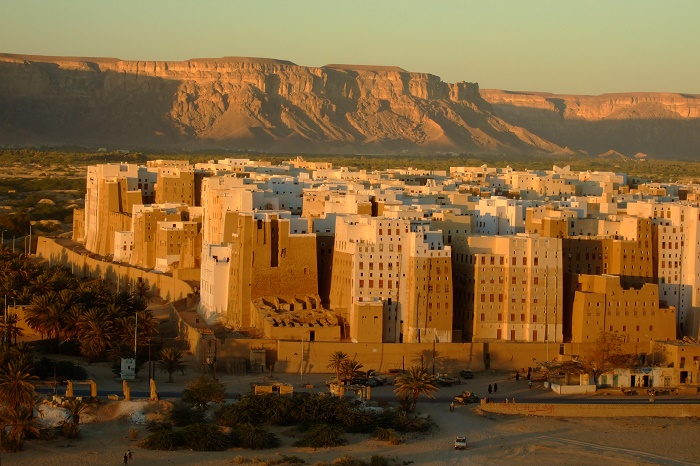 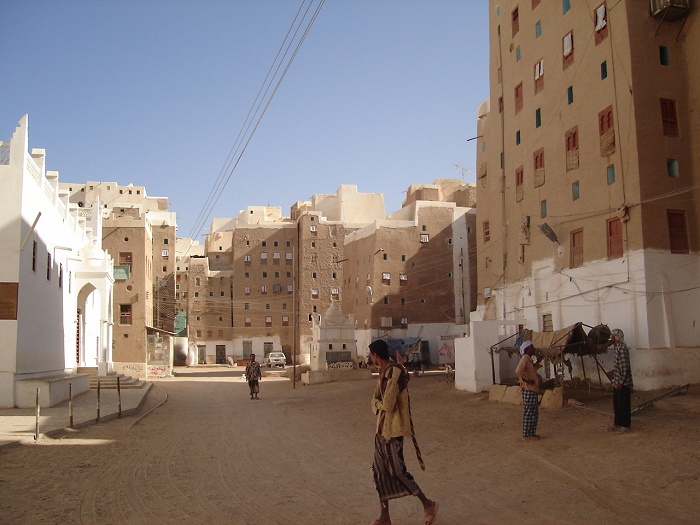 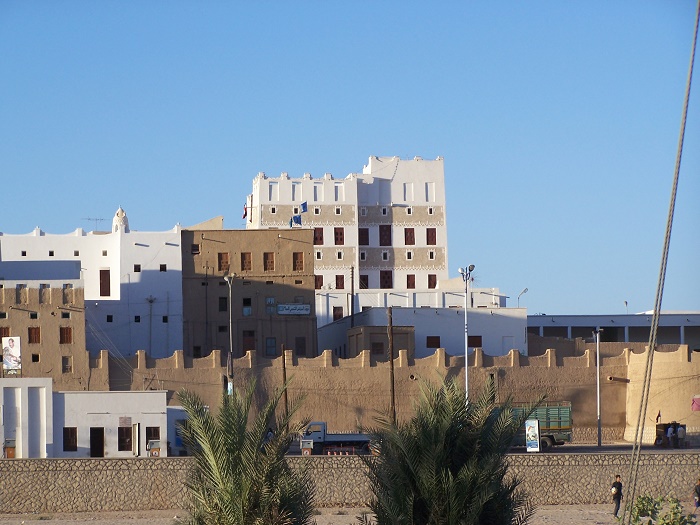 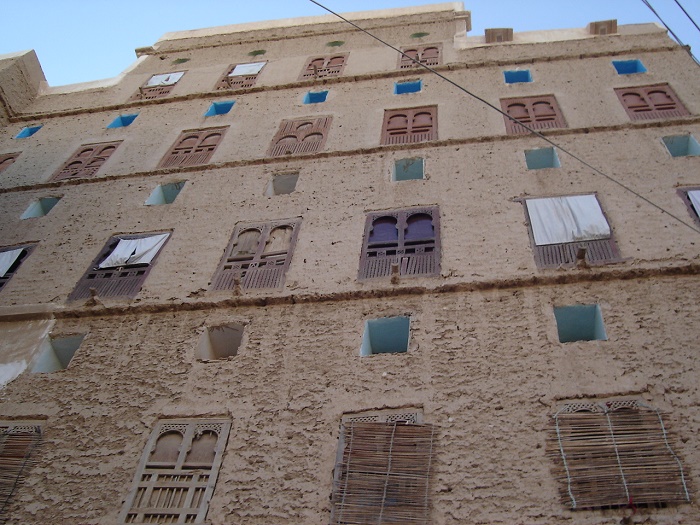