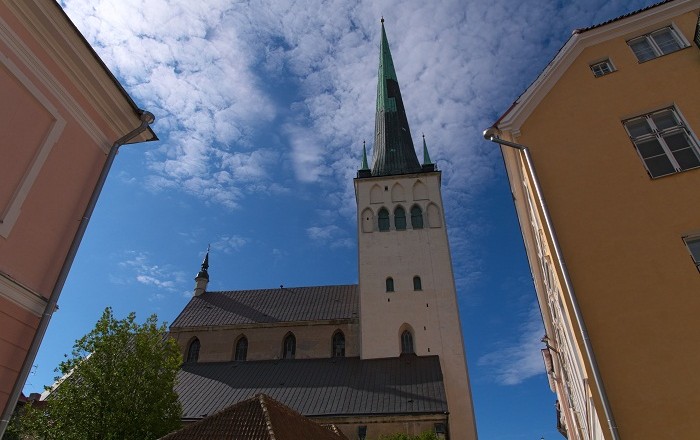 St. Olaf’s Church or St. Olav’s Church is one of the oldest churches in Estonia. Located in the capital Tallinn, it is believed to have been built in the 12th century and to have been the center for old Tallinn’s Scandinavian community before Denmark conquered Tallinn in 1219. 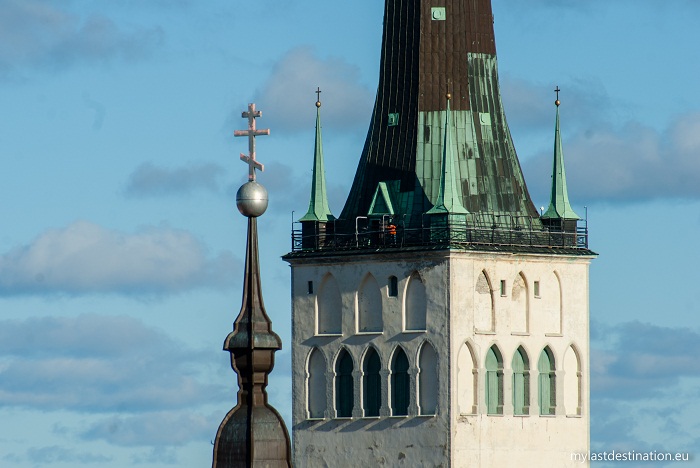 St Olaf’s Church, Tallinn’s biggest medieval structure, took its name from the sainted Norwegian king Olav II Haraldsson. An old legend claims that the church was built to attract more merchant ships to the town by a mysterious craftsman who promised to work for free if the townspeople discovered his name (Olev). 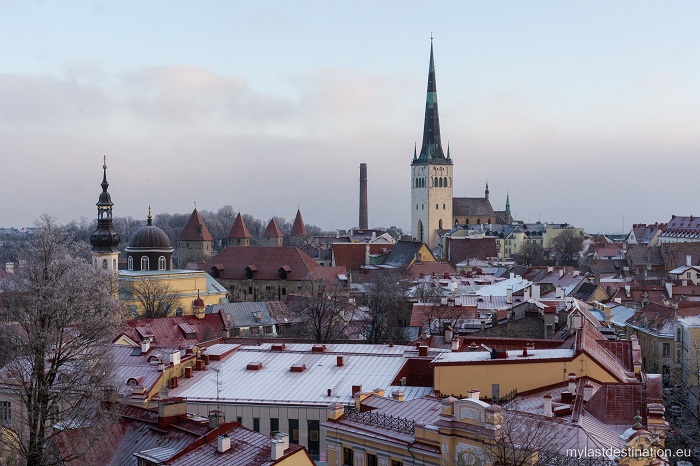 Nevertheless, it became one of the main churches in the Lower Town and formed its own congregation, which at first mostly comprised Scandinavian merchants and craftsmen and few Estonians. 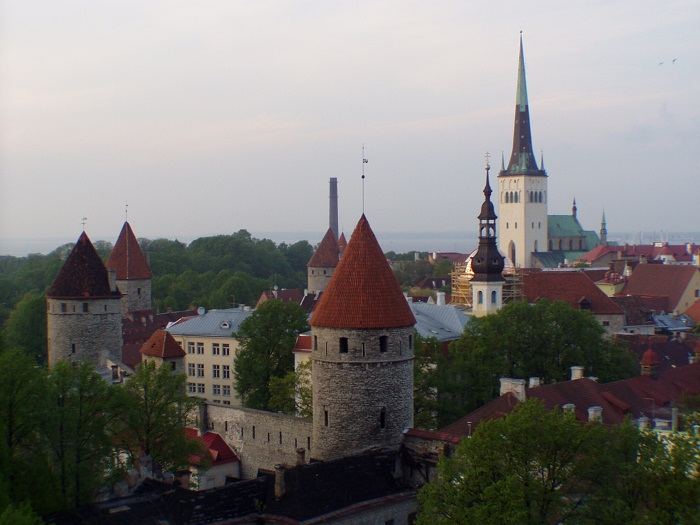 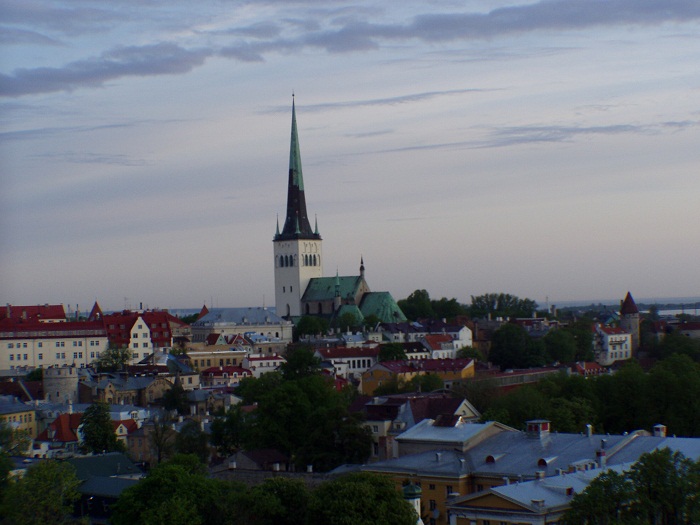 According to some sources it was the tallest building in the world from 1549 to 1625, but this claim is controversial: one account of the final rebuilding states the church was formerly “ten fathoms” higher, but paintings depict a spire similar in proportions to the current one; moreover, several different fathoms were in use in Estonia at the time and it is uncertain which was meant. 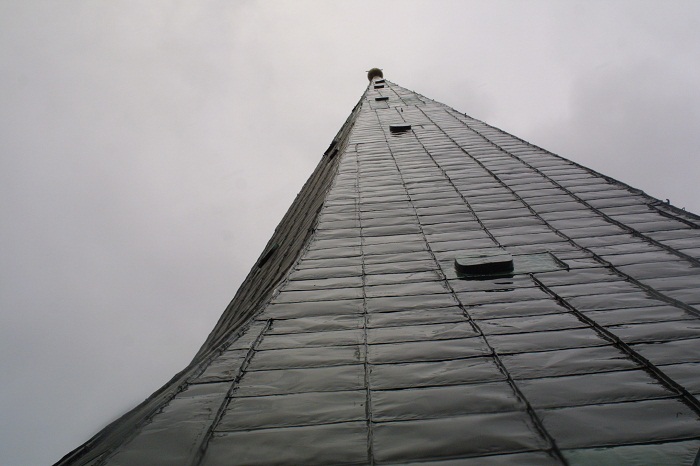 Today, the church is home to a Baptist congregation, but its list of former operators includes a far more sinister name (the KGB). During the Soviet times the church’s spire was fitted with powerful radio and surveillance equipment, because it was the highest point in Tallinn after all. 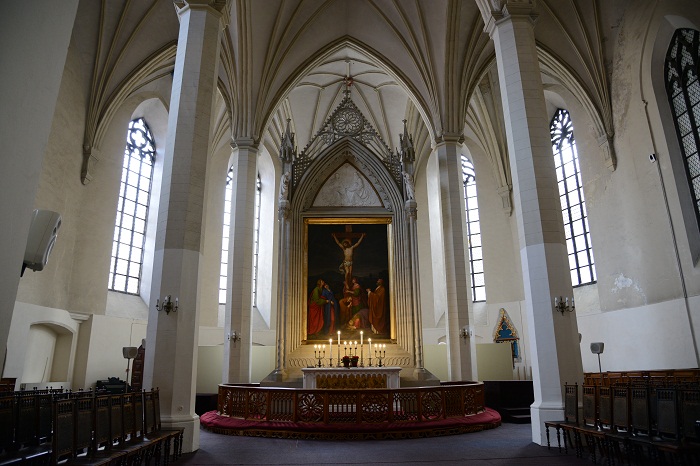 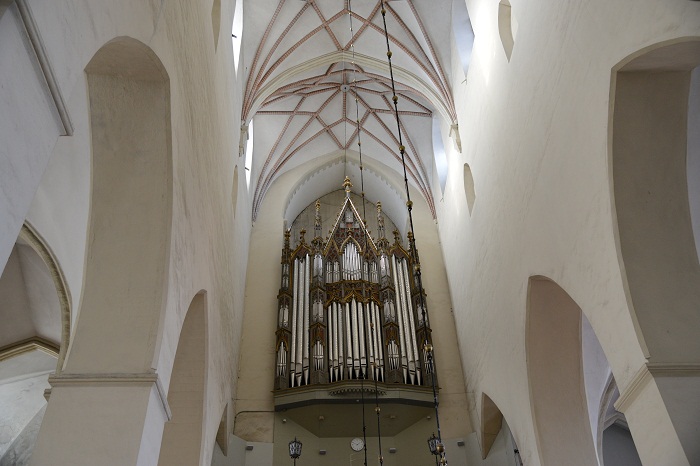 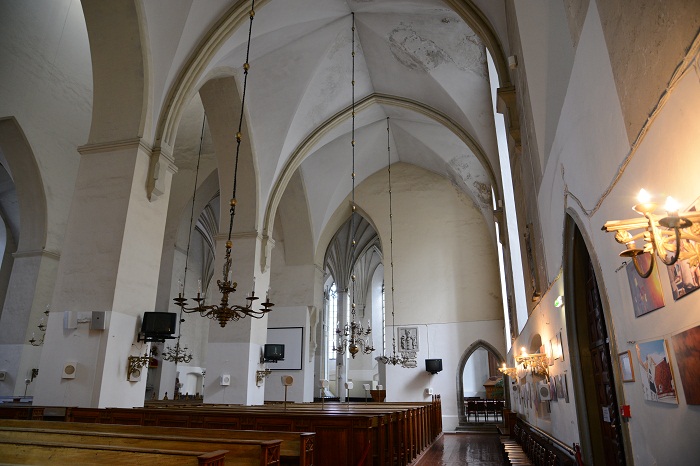 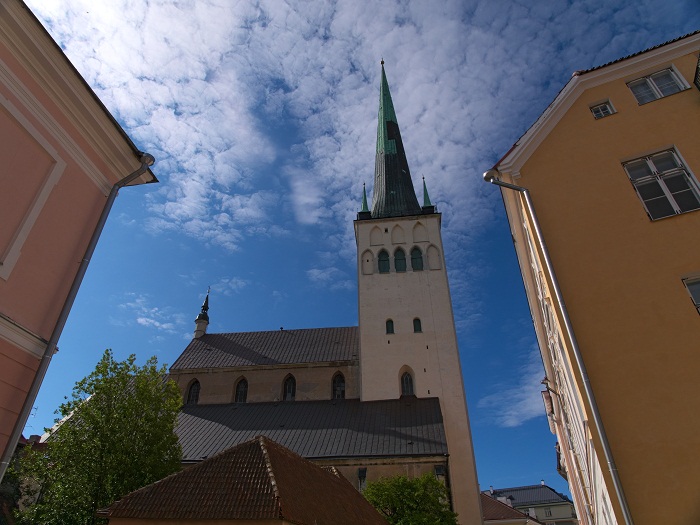 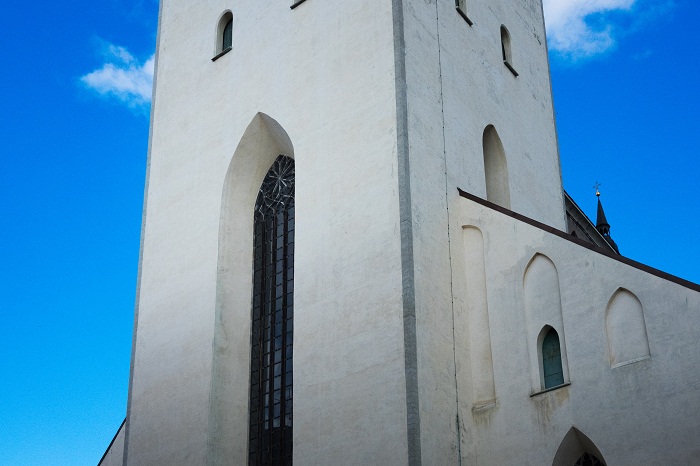 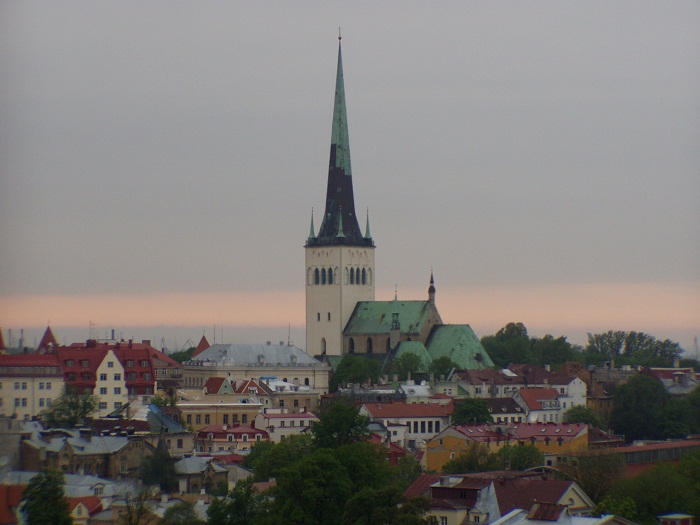