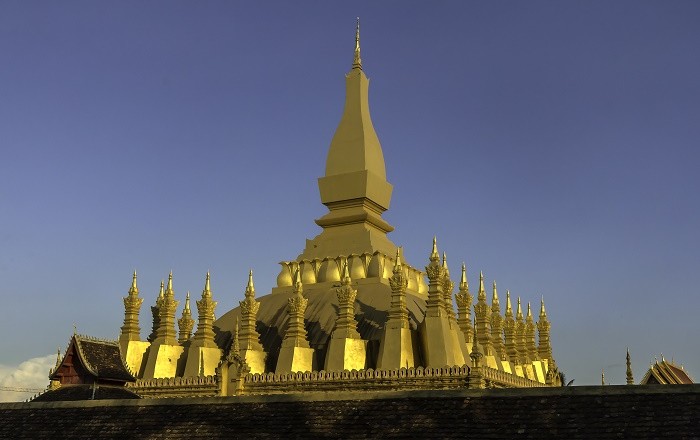 Pha That Luang, or also known as The Great Stupa or Sacred Reliquary, is the most significant Laotian religious and national monument situated on a hill in the capital city Vientiane, Laos. It is famous for its gold-covered stupa, which undergone several reconstructions, the last one being in the 1930s. 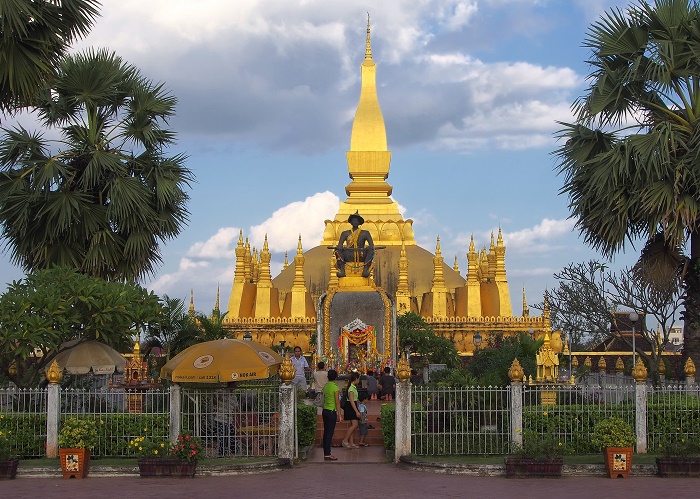 From the outside That Luang looks more like a fortress surrounded by high walls and it features two temples with the main stupa. Locals say that it was originally built as a Hindu temple, as early as the 3rd century to house a breastbone of the Lord Buddha brought to Laos by Buddhist missionaries. 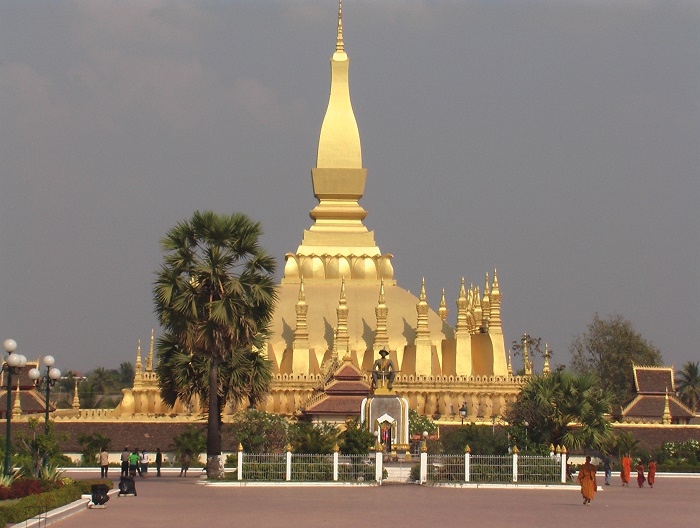 The earliest physical remains of a religious structure on this site, however, seem to date from a Khmer monastery around the 12th century. In the mid 16th century King Setthathirat moved his capital from Luang Prabang to Vientiane and ordered construction of That Luang, where the work began in 1566. In the past attracted foreigners since it was covered in gold leaf, and it repeatedly was plundered by Burmese, Siamese and Chinese. 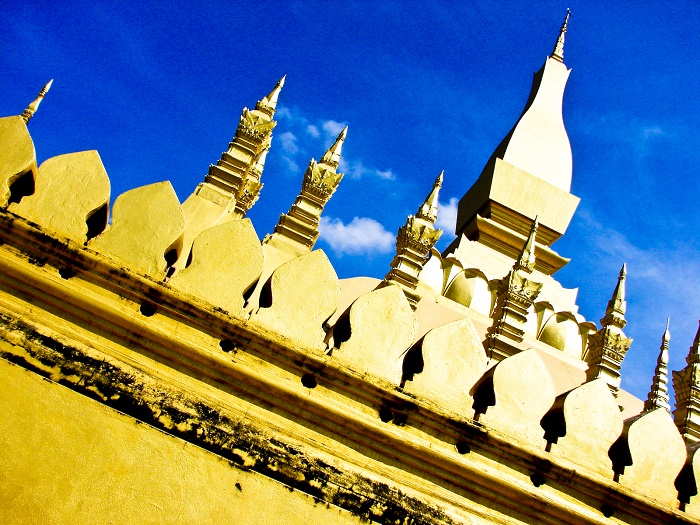 A Siamese invasion of 1828 led to massive destruction of the capital and virtual abandonment of Pha That Luang. The present structure is a French-directed reconstruction from the 1930s and is based on the detailed drawings from the late 1860s by the talented French architect and explorer Louis Delaporte. 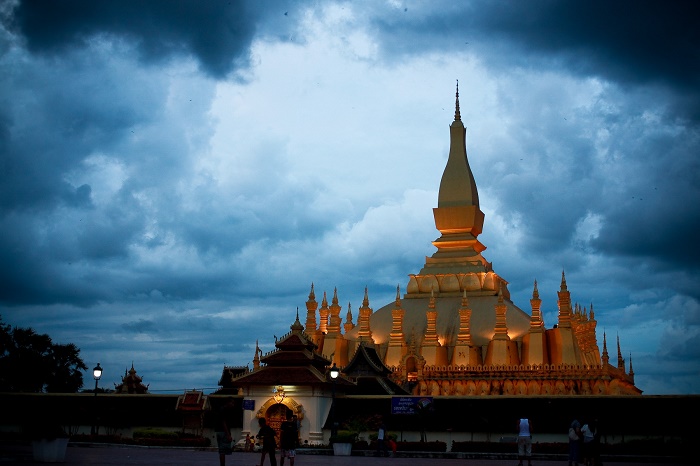 The building includes many cultural and identity references to Laos, thus it is a major symbol of Laos. The stupa has three levels, each conveying a reflection of part of the Buddhist doctrine. The first level is 67 metres (223 feet) by 68 metres (226 feet), the second is 47 metres (157 feet) along each side and the third level is 29 metres (98 feet) along each side. From ground to pinnacle, Pha That Luang is 44 metres (148 feet) high. 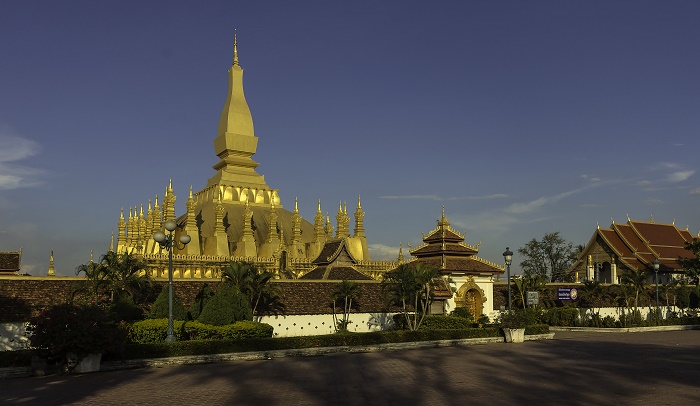 The area around Pha That Luang is now gated, since in the past visitors could drive around the whole complex. The encircling walls are roughly 85 metres (279 feet) long on each side and contain a large number of Lao and Khmer sculptures including one of Jayavarman VII. Laotians are proud for a reason. 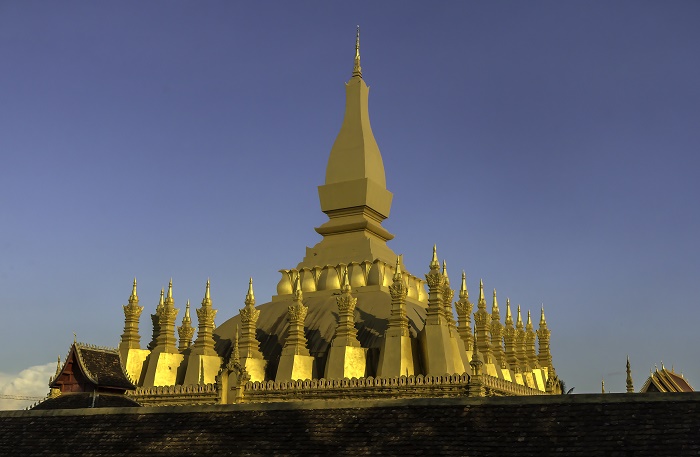 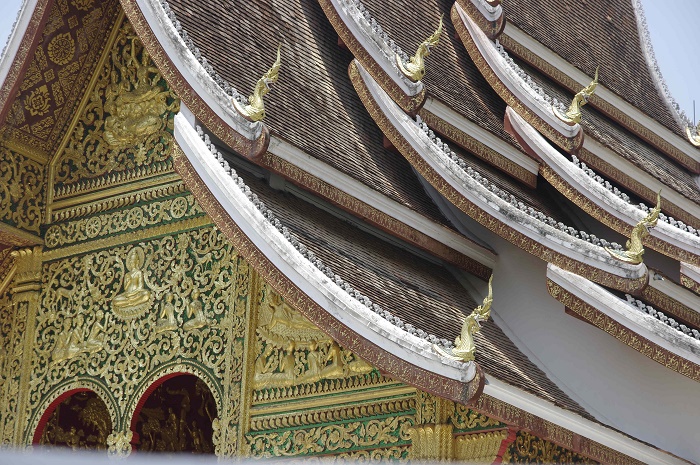 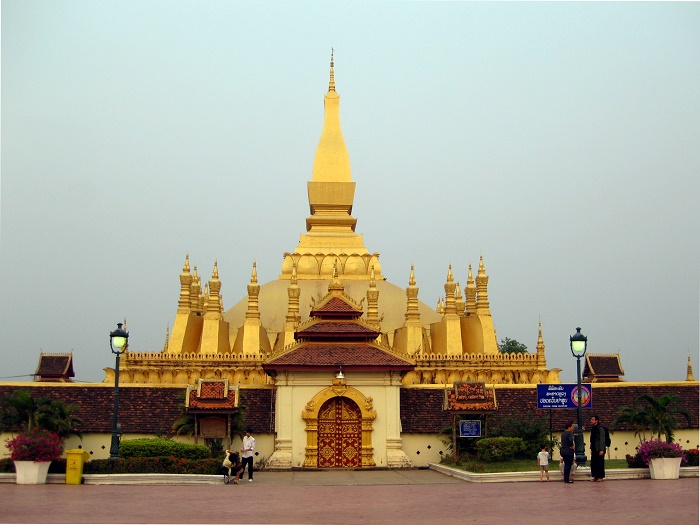 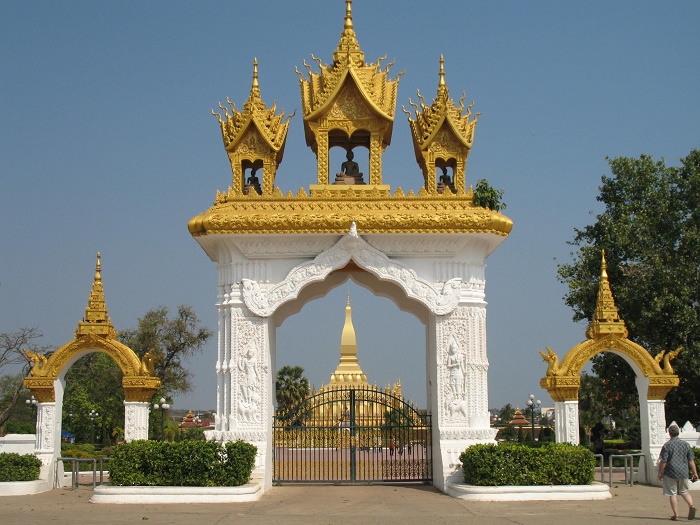 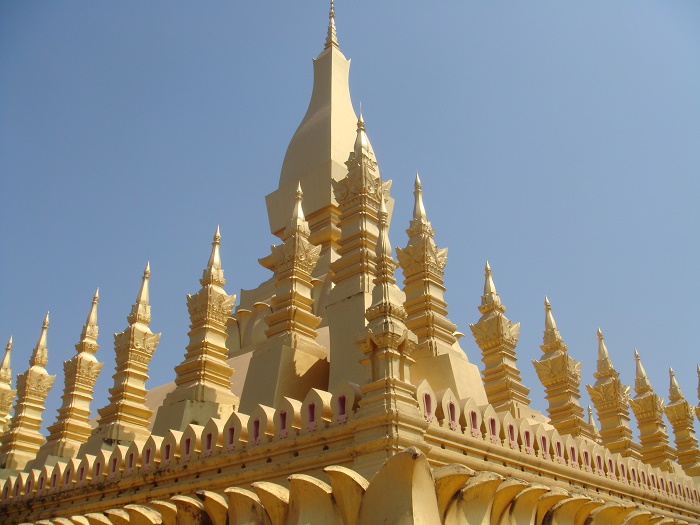 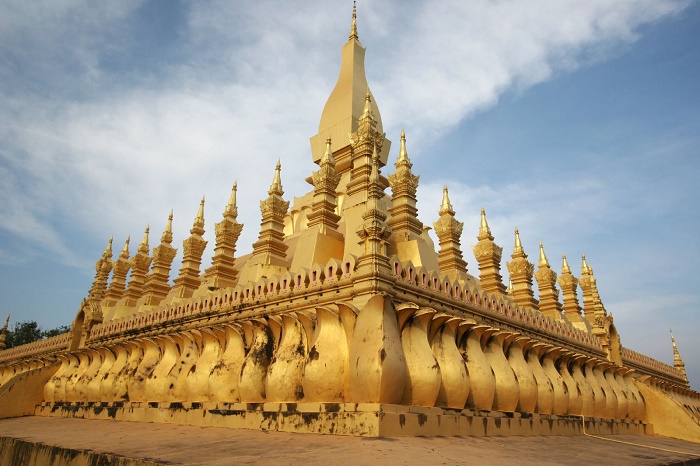