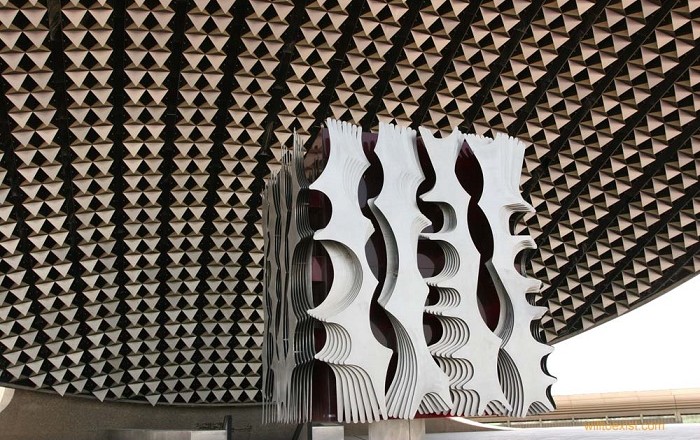 The Monument to the Unknown Soldier is a grandiose monument that is located in the capital city of the Republic of Iraq, Baghdad. This interesting monument was inspired by the glorification of a martyr from the Iran-Iraq War, and it was built between 1979 and 1982. 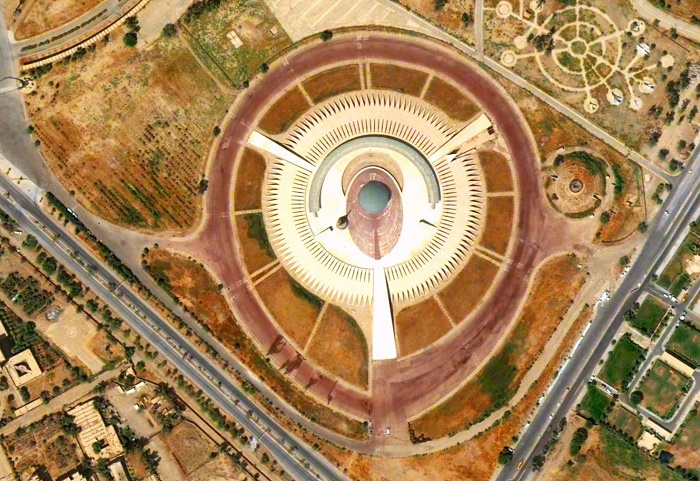 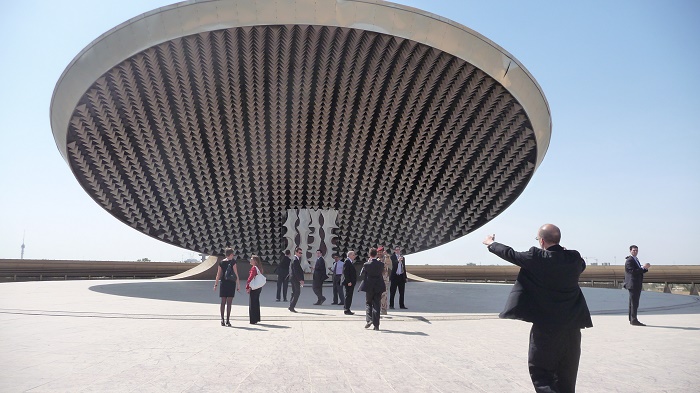 The inclination of the shield is 12 degrees, and 42 meters (138 feet) in diameter. The external surface is clad with copper, while the inner part features a soffit finished with pyramidal modules alternating steel and copper. There is a steel flagpole covered entirely with Murano glass panels fixed on stainless steel arms and displaying the national flag colors. 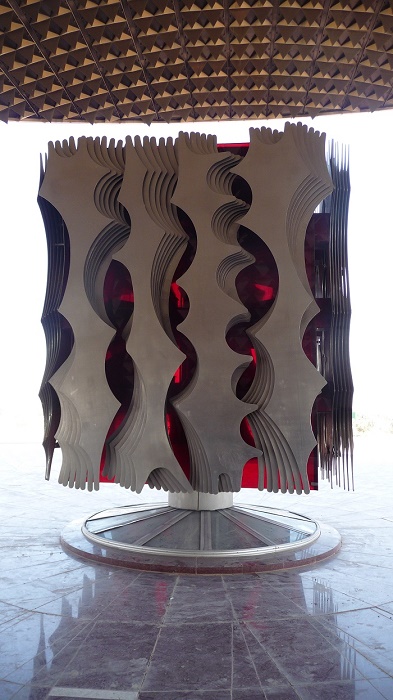 There were Iraqi soldiers guarding the majestic monument, however, with the ongoing problems within the country, it is not yet sure whether it will be guarded as it was in the past during the late Iraqi President, Saddam Hussein. There is a museum under the monument, which is not lit, however, people can go inside and see the interior from the light that shines in from the windows above and also through the opened doors. 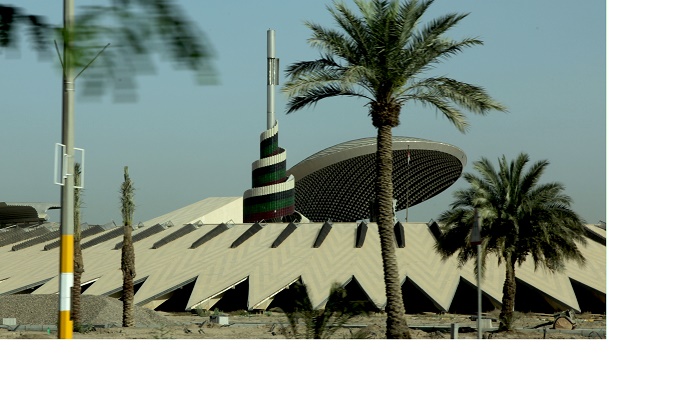 After the fall of Saddam Hussein in 2003, there are some talks for the monument to be restorated and brought once again in the shiny state it had once, however, as previously said, it could be difficult with the difficult situation the country faces. 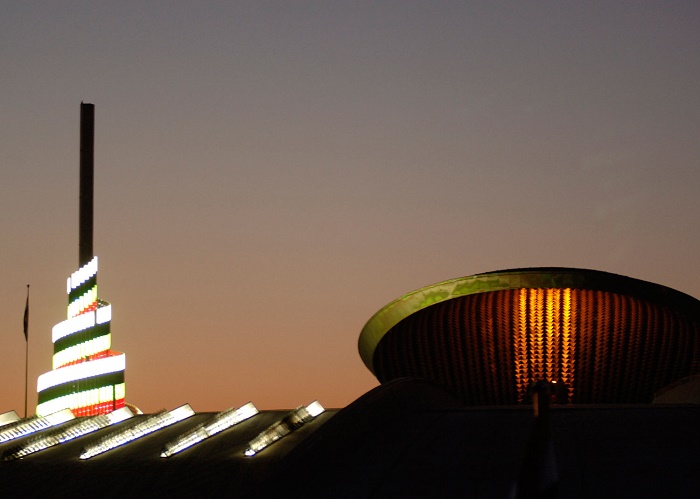 In conclusion, this is definitely one the biggest monuments in the Middle East, which is serving as a reminder that people do care for their country, even if later their names won’t be written in the history books. 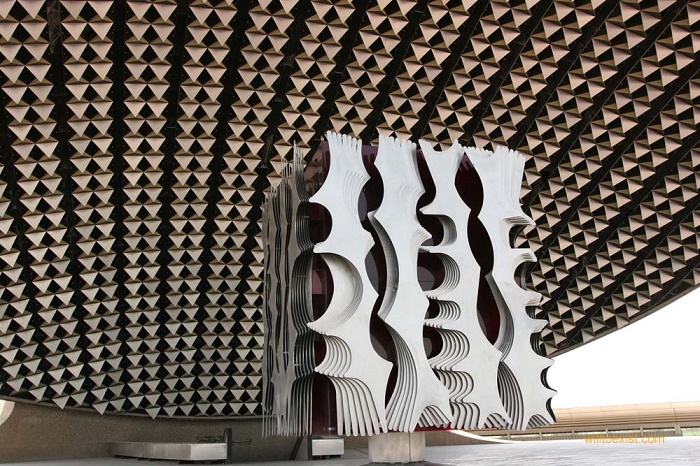 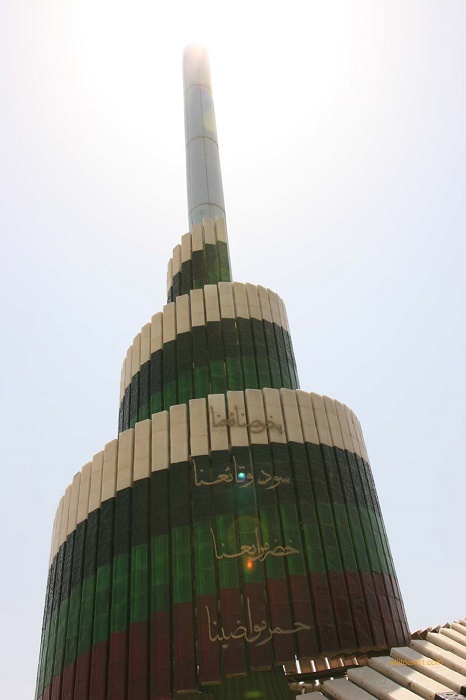