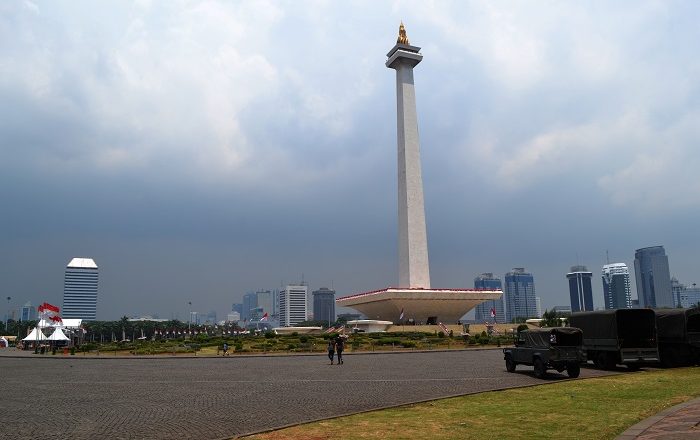 Monumen Nasional, which is better known as the National Monument, as well as Monas, is a tall tower which serves as a monument in the center of Merdeka Square, in the capital city of the Republic of Indonesia, Jakarta. 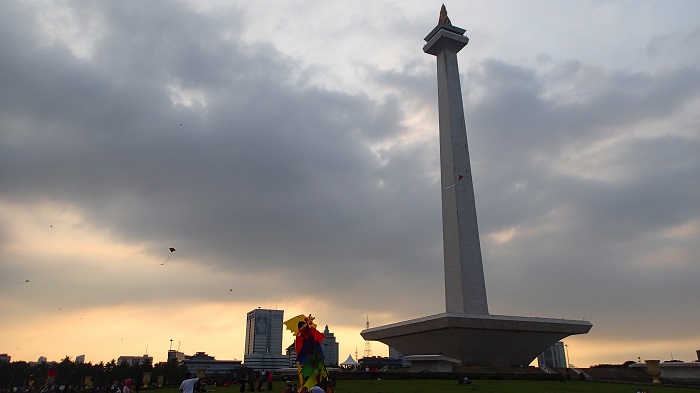 Built in order to commemorate the struggle for Indonesian independence, nowadays, this monument has an interesting shape which was designed by Frederich Silaban, whose work was finished by R.M. Soedarsono due to some complications. 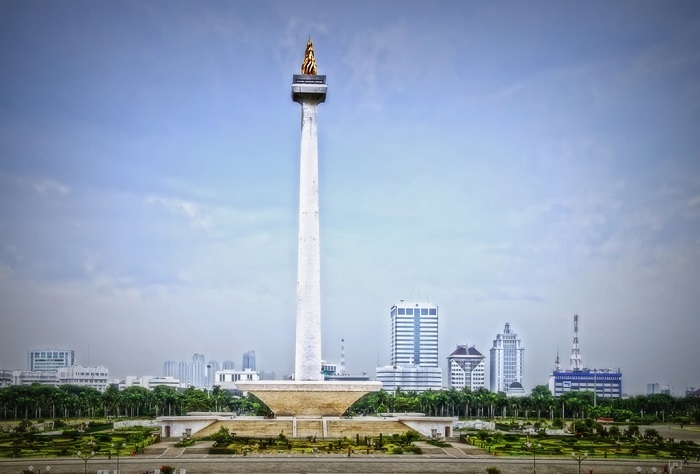 With a height of 137 meters (449 feet), the tower encapsulates the philosophy of Lingga and Yoni, where Lingga resembles an alu rice pestle and Yoni resembles a lesung rice mortar, which are one of the very important Indonesian tools for agricultural activities. 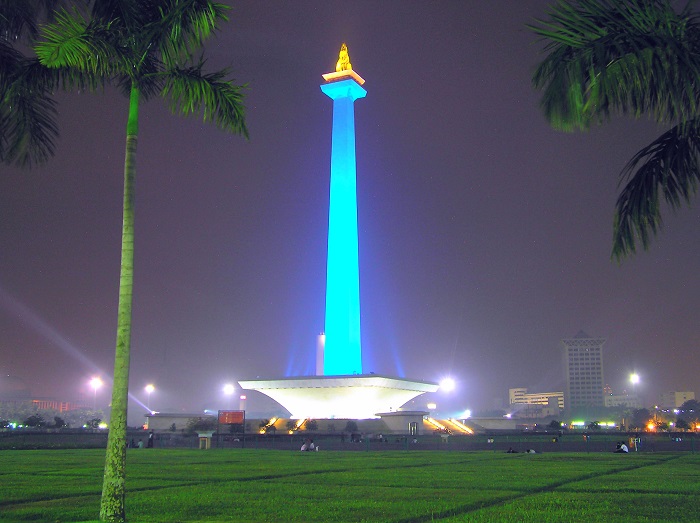 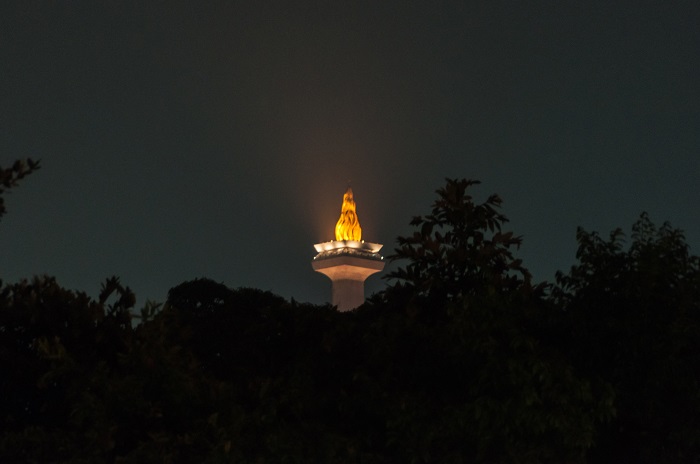 The construction began on 17 August 1961, and it was conducted in three different stages, where the then President Sukarno ceremonially was driving the first concrete pile. In total, 284 piles of concrete were used for the foundation block, and additional 360 piles were driven in for the museum foundations, with work being completed in March 1962. 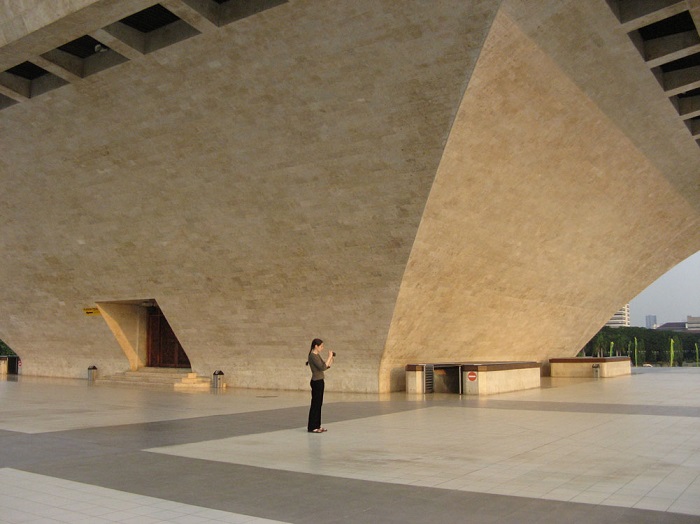 As the work progressed, there were some delays for the work to be finished, where it officially was opened to the public on 12 July 1975. Perhaps one of the most interesting features to the exterior is the flame that can be seen at the top of the tower, which is covered with gold foil, representing the passionate fiery will of the Indonesian people to fight for their freedom. 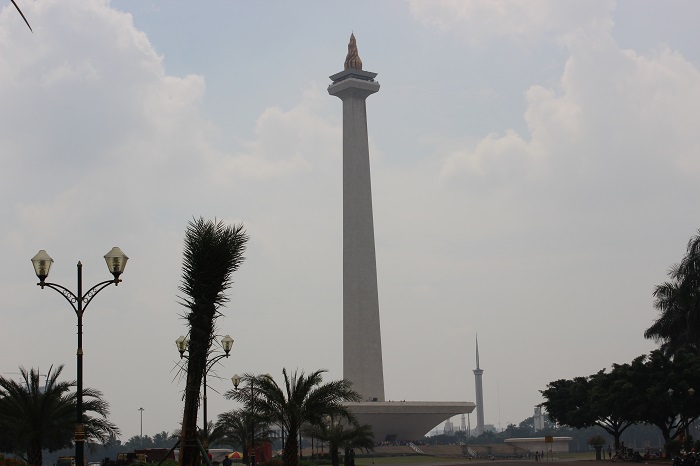 Still, the monument is something extraordinary as it has reliefs that show the long Indonesian history, and the National History Museum of Indonesia is actually located within the Monas. 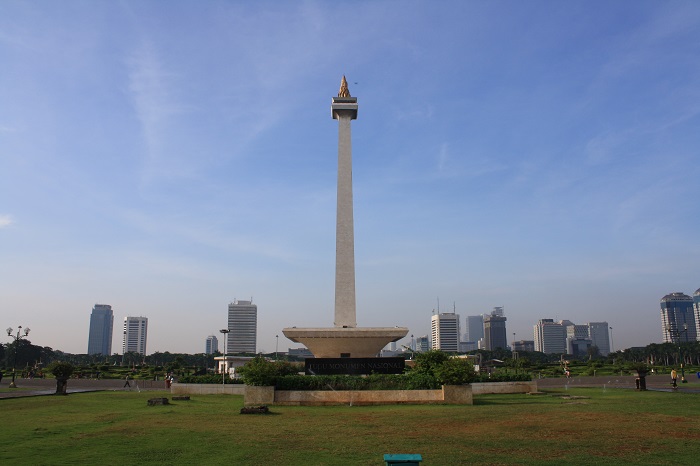 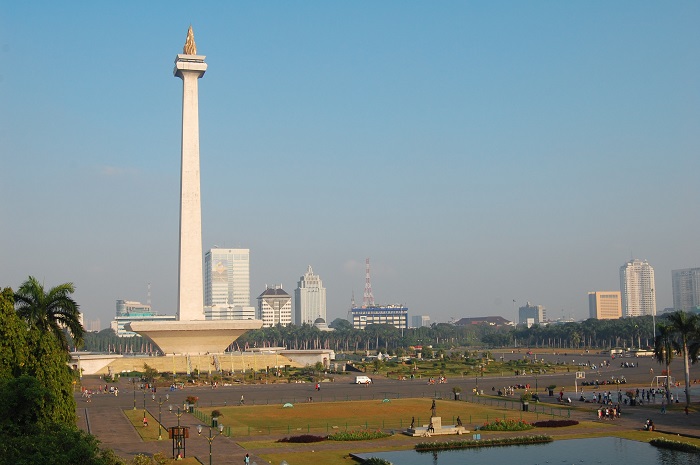 For a better view of the capital city, the observation deck at the top of the tower will offer the most impressive and out-of-this-world views, nonetheless, the crowned gold-coated flame of independence atop the tower when it is lit in the evenings will offer even a better photo opportunity for the visitors of Jakarta. 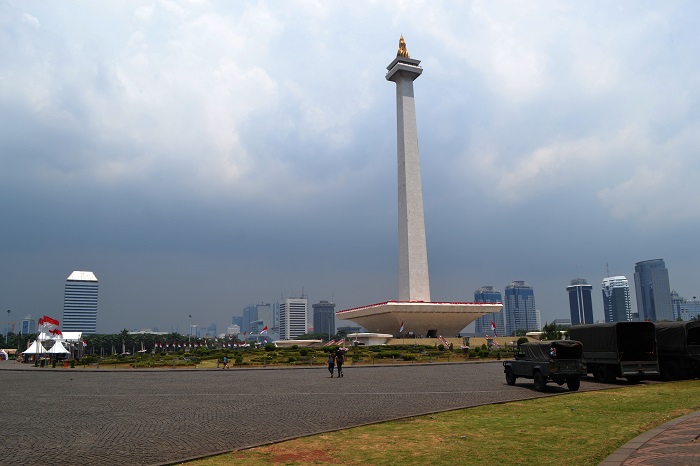