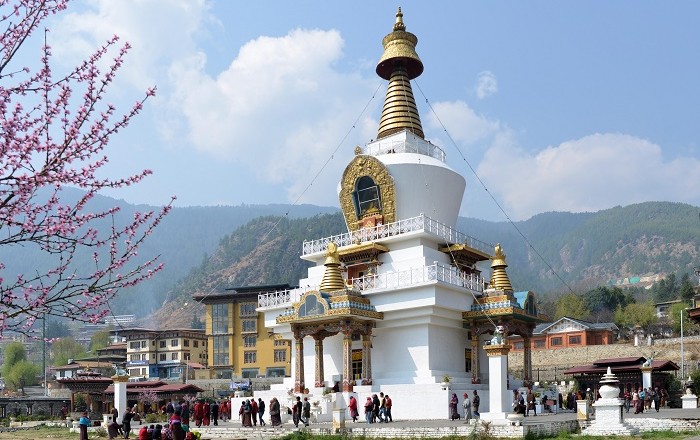 Memorial Chorten, Thimphu, or also known as Thimphu Chorten, is a stupa and the most prominent landmark of the capital city of the Kingdom of Bhutan, Thimphu. 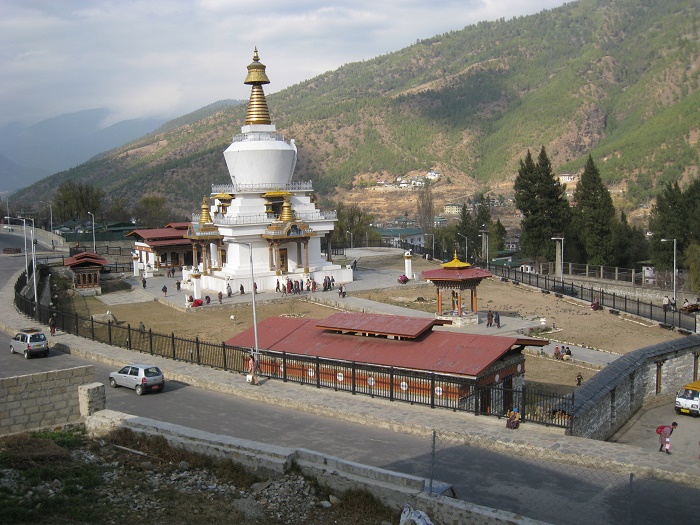 Built in 1974 to honour the memory of the third King, His Majesty Jigme Dorji Wangchuck, this stupa is completely different from the other stupas, as it does not enshrine human remains. Yet, this amazing stupa is decorated with richly carved annexes facing the four directions, and features elaborate mandalas, statues and a shrine dedicated to the popular third king, whose photo in a ceremonial dress adorns a hall in the ground floor. 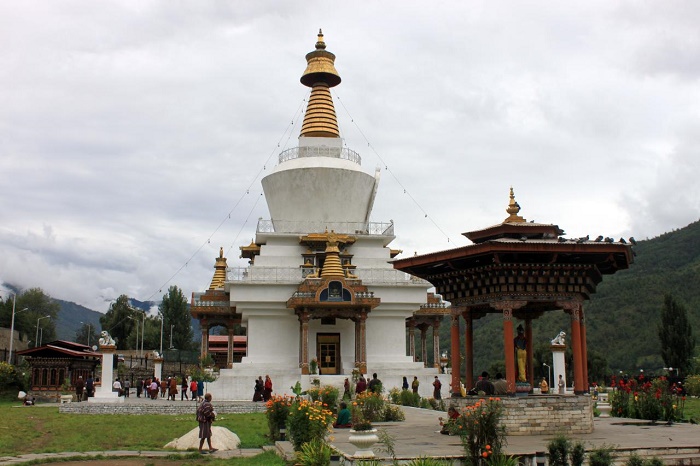 The memorial chorten, with its sun-catching golden finial, is one of the most visible religious structures in Thimphu, and for many people it is the focus of their daily worship. Throughout the day people circumambulate the chorten, whirl the large red prayer wheels and pray in the adjacent shrine. 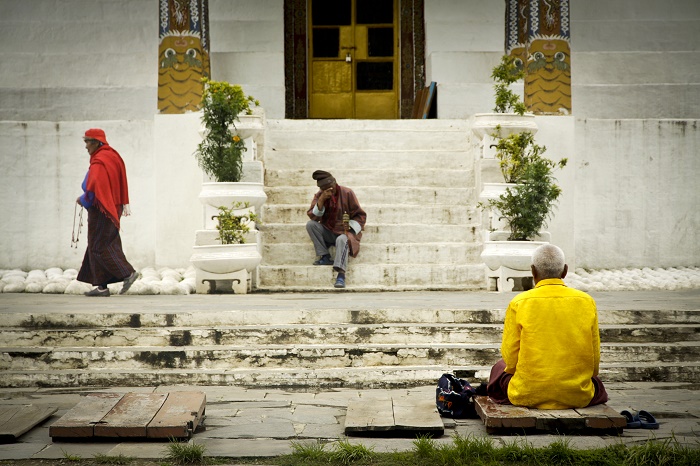 The early morning is particularly tranquil as elderly people shuffle in and spruced-up kids on their way to school whiz in and out to pay homage. Being in the heart of the city, it has a Tibetan style and patterned on the design of a classical stupa, with a pyramidal pillar crowned by a crescent moon and sun, it is still distinct due to the outward flaring of the rounded part to give the shape of a vase. 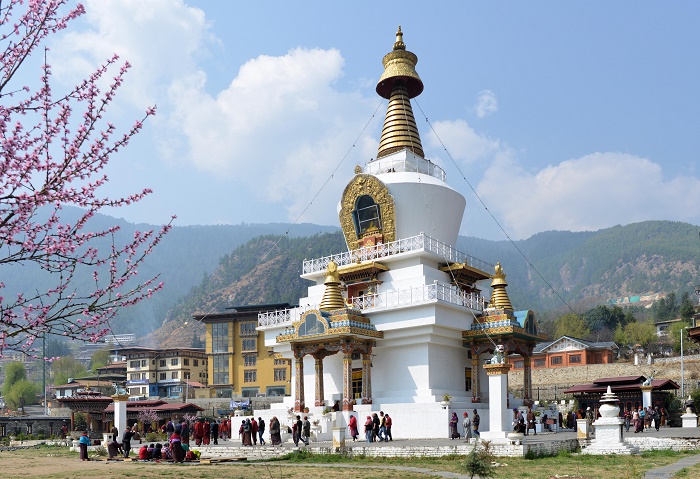 The interior is colored white, with of course the golden spire crowning it and a smaller golden spire above the front porch. The interior on the other hand is decorated with richly carved annexes facing the four directions, and contain mandalas, statues and a shrine dedicated to the third king. 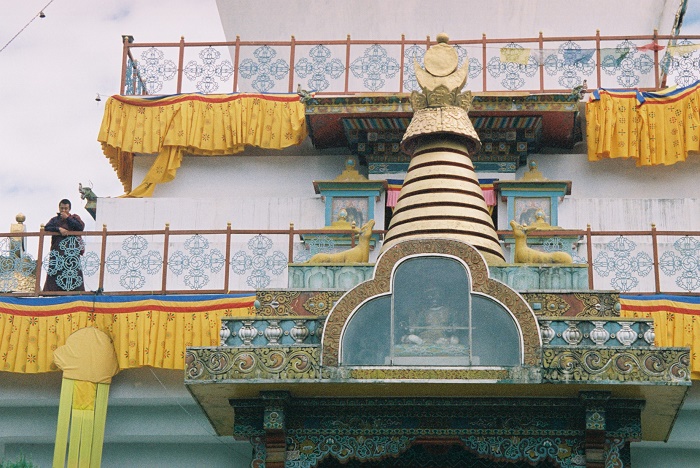 Being the most unique landmark of the capital, it definitely is also one of the most visited places, with not just domestic people, but tourists from all around the world as well. 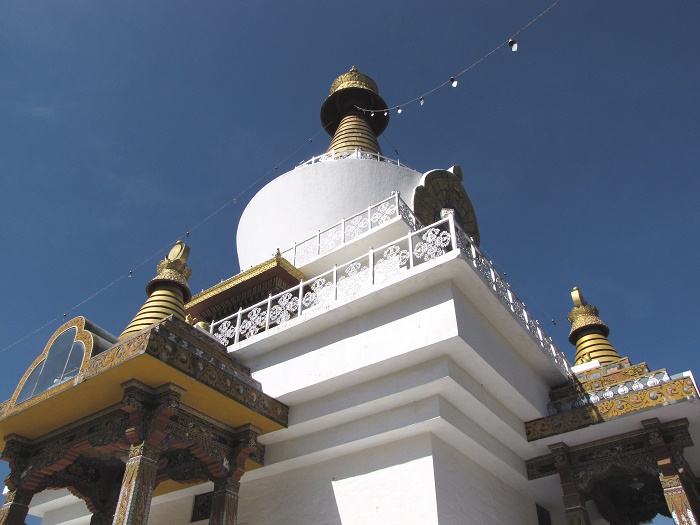 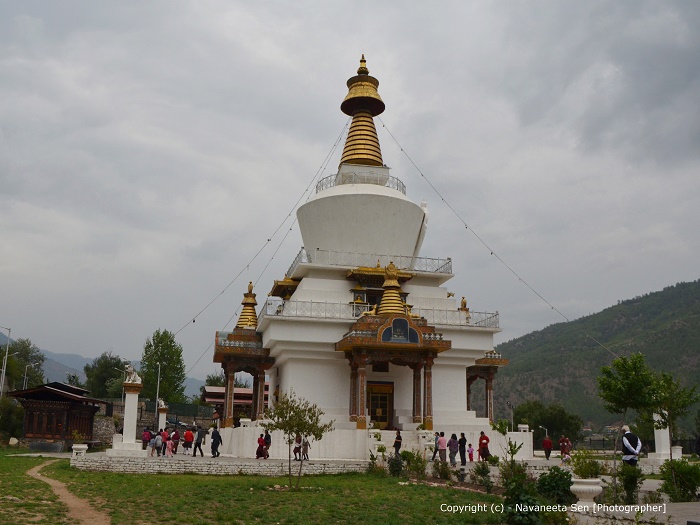 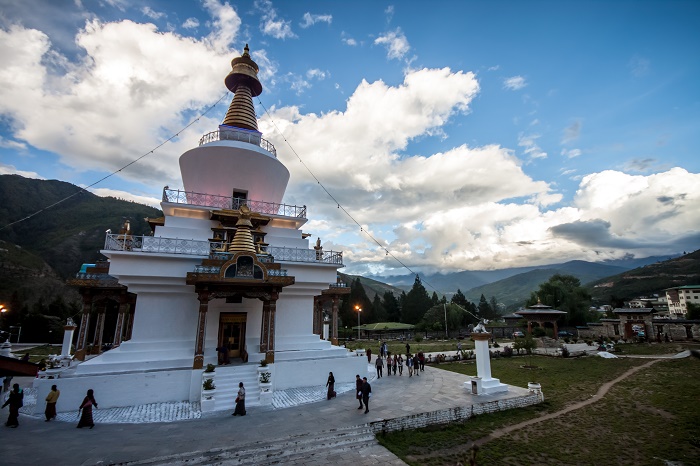