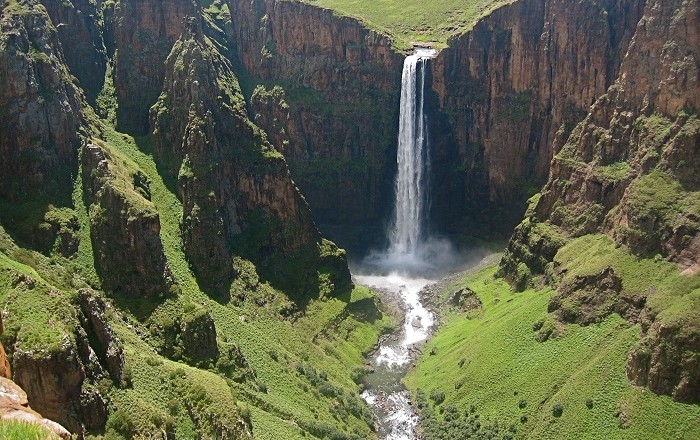 Maletsunyane Falls, also known in some sources as Semonkong Falls, is a single drop waterfall that is located on the Maletsunyane River, close to the town of Semonkong, in the Southern African Kingdom of Lesotho. 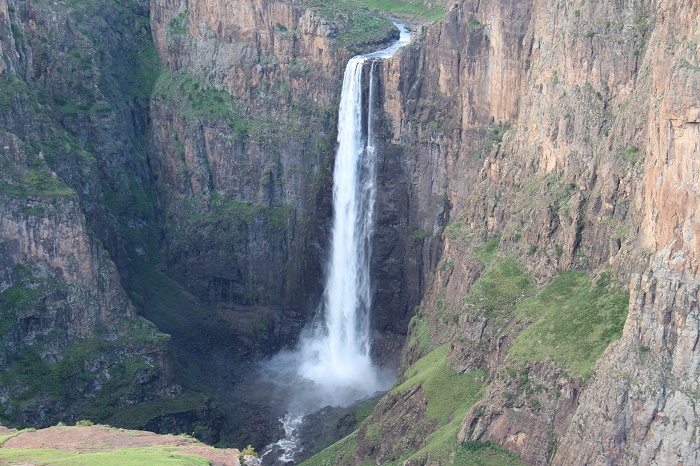 The name Semonkong translate to the Site of smoke which is unique because from one of the tallest falls in Africa, there is a haze of smoke as the water plummets down and continues towards the ocean. 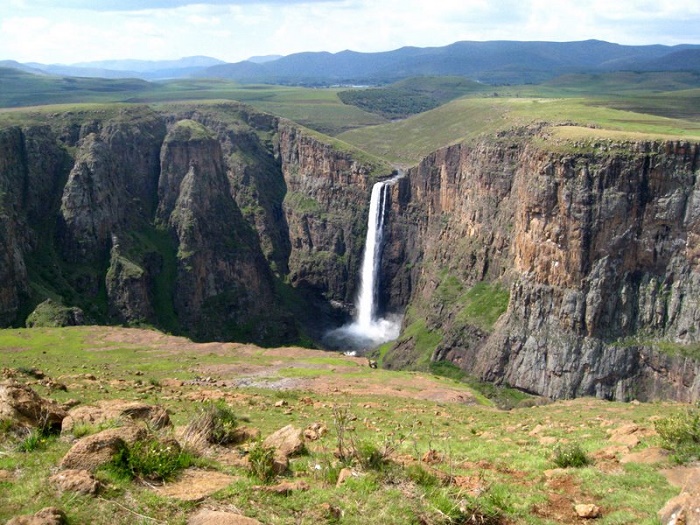 With a total height of 192 meters (630 feet), it is dropping from the ledge of Triassic-Jurassic basalt rocks, the Maletsunyane Falls were first seen in 1881 by a French missionary. Being one of the tallest waterfalls in the world, it is of a great importance for the small kingdom, as it is a major attraction and visited by many people. There is even a Guinness World Record since October 2005, where it was the longest commercially operated single-drop abseil in the world. Passing through a small but very picturesque gorge, the Maletsunyane Falls are making the surrounding very green with the moisture they provide for the rocky terrain, nonetheless, creating one of the best African landscapes that every person should see. 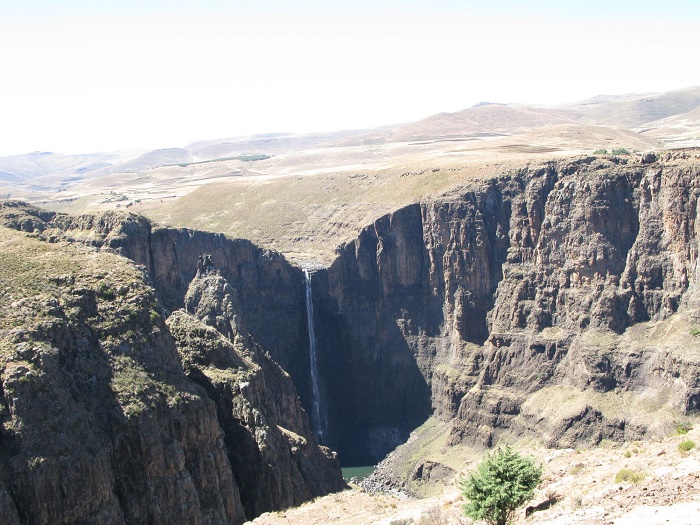 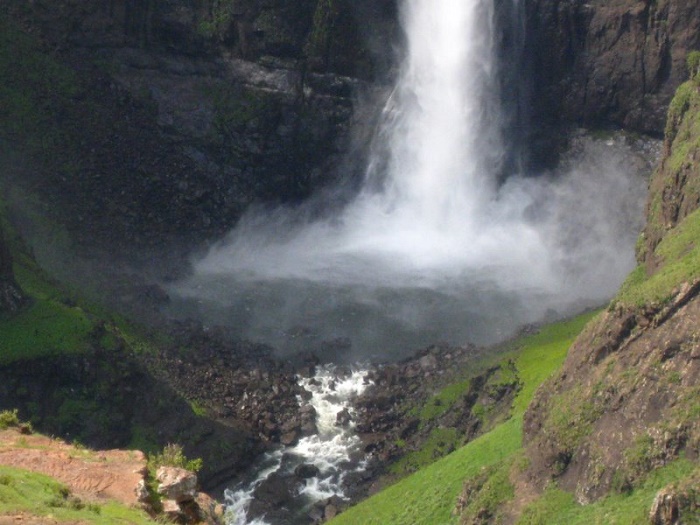