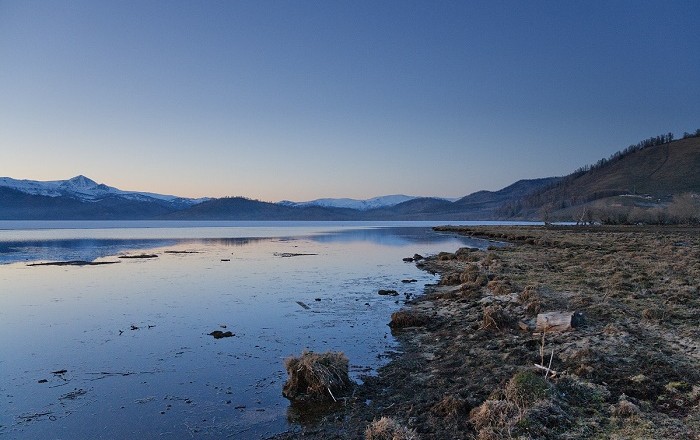 Lake Markakol is a lake in East Kazakhstan. It is another beautiful spot in the Kazakhstan Altai which is 38km long, 19km wide and up to 30 metres deep, standing at an altitude of more than 1,400m and close enough to the Chinese border. A border zone permit is required. This high mountain lake is the most picturesque of its kind in Kazakhstan. The lake’s northern shore offers a wonderful view of the Sarymsakty (Garlic) Ridge, with its snow-covered peaks of Burkitaul (Eagle’s Eyrie, 3,373 metres) and Aksubas (Head of White Water 3,308 metres). 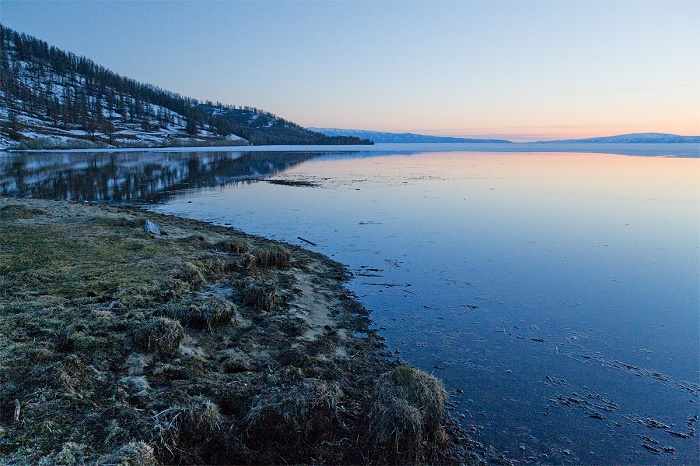 The lake is fed with small rivers and streams, its coasts are cut up by gulfs, and it is the largest lake in the Katonkaragay District of East Kazakhstan Region, which is called a pearl of this region. More than 100 streams flow into Markakol Lake, but only a single river, the Kalzhyr, flows out, south towards the Black Irtysh. The lake is renowned for its crystalline water. 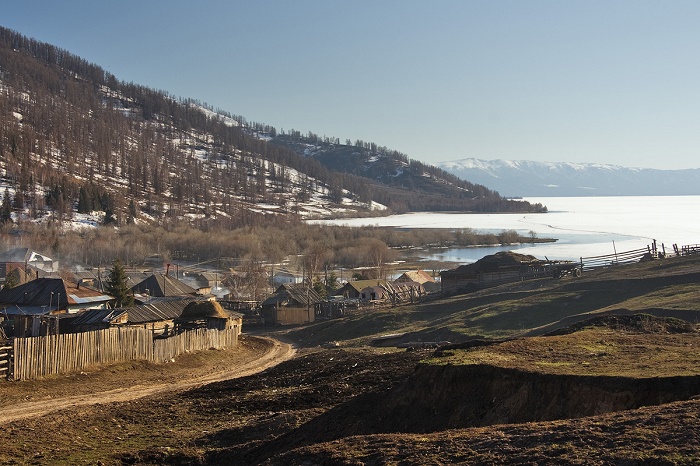 The lake and its surroundings of splendid mountain taiga forest were officially declared a 75,000 hectare natural reserve in 1976; especially in late September, this gorgeous place look like something from a fairy tale. 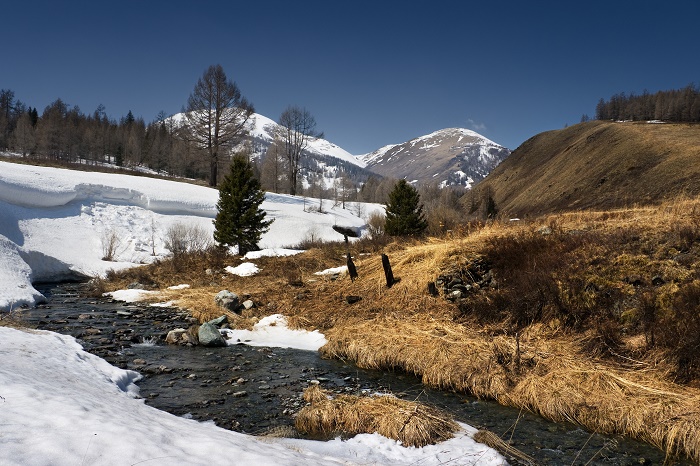 In 1976, a state nature reserve was founded on Markakol Lake in order to protect the 700 species of vegetation, 254 bird species and rare mammals such as the snow leopard manul (Pallas’s cat), red wolf, maral (Siberian red deer), brown bear, sable and striped and flying squirrels. In all, 714 square kilometers are under the strictest protection here-in theory; as in almost all other cases, however, the area lacks the necessary funds to pay for wildlife rangers and monitoring systems, and is thus vulnerable to poachers, especially from across the Chinese border, which is very close. The lake and its environs are still largely undeveloped, mainly because the area was closed to both foreign and domestic tourists until relatively recently.