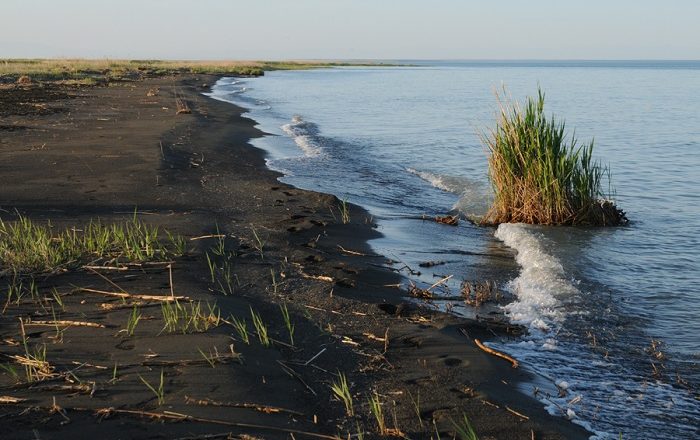 Lake Alakol is a big salt lake that is shared between the Almaty and East Kazakhstan Provinces, located in the eastern part of the Republic of Kazakhstan, in the vicinity of the border with People’s Republic of China. The unique shape of the lake that resembles somewhat of a balloon, is in between arid mountains where this lake gives an impressive blue and turquoise colors to the surroundings.

That is why it was named Alakol which in the Kazakh language means a multi colored lake. With a surface area of 2,650 square km (1,020 square mi), the maximum depth that has been measured is at 54 meters (177 feet), however the large drainage basin that is received by the lake is periodical from several streams flowing from the Tarbagatai Mountains. 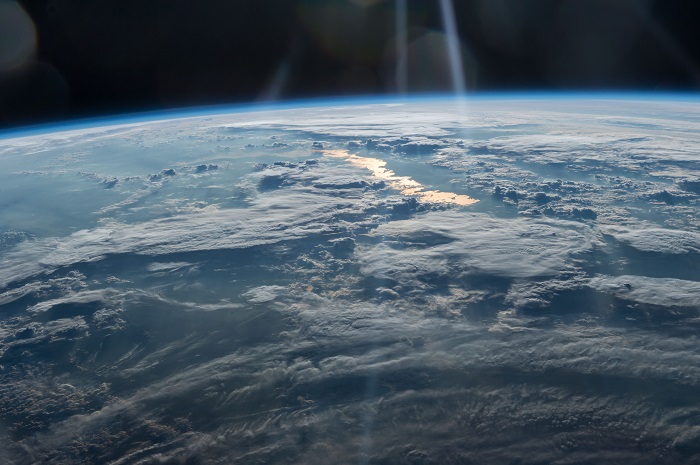 Still, due to the strong minerals, the lake is considered to be therapeutic, a healthy one which due to the curative mud attracts psoriasis patients, who are going mostly to the northern shores of the lake, while the southern shores are much more relaxed and there are not a lot of people.

In the vicinity of the lake, there are the Kosharkol and Sasykkol lakes which are to the northern side, while to the southern side of Alakol is the Zhalanashkol Lake. Certainly, one of the unique features to be easily recognized is the big island that is in the center of the lake, Ul’kun-Aral-Tyube Island, nevertheless, there are other smaller islands like the Piski Island which had flocks of flamingo and 40 species of other birds. 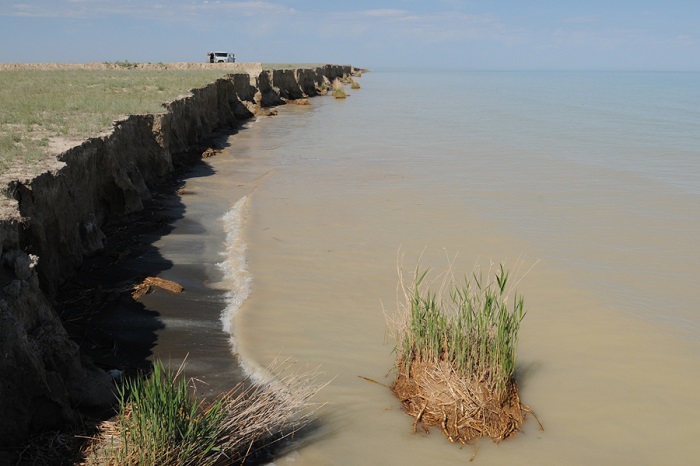 Included in the Alakol Biosphere Reserve which is a UNESCO Biosphere Reserve that includes the entire Alakol-Sasykkol lake system, it is a very significant habitat and nesting site for the water birds which are living or passing through the reserve.

Being one of the most stunning places in the big country of Kazakhstan, this large lake shall gain definitely more attention around the world and will attract even more people with its alluring turquoise lake waters. 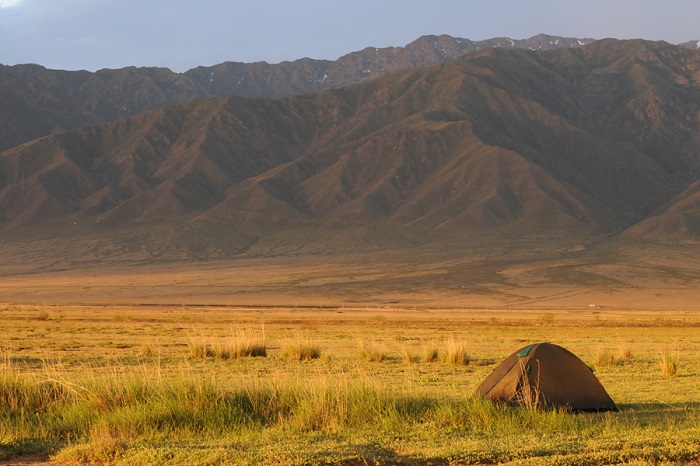 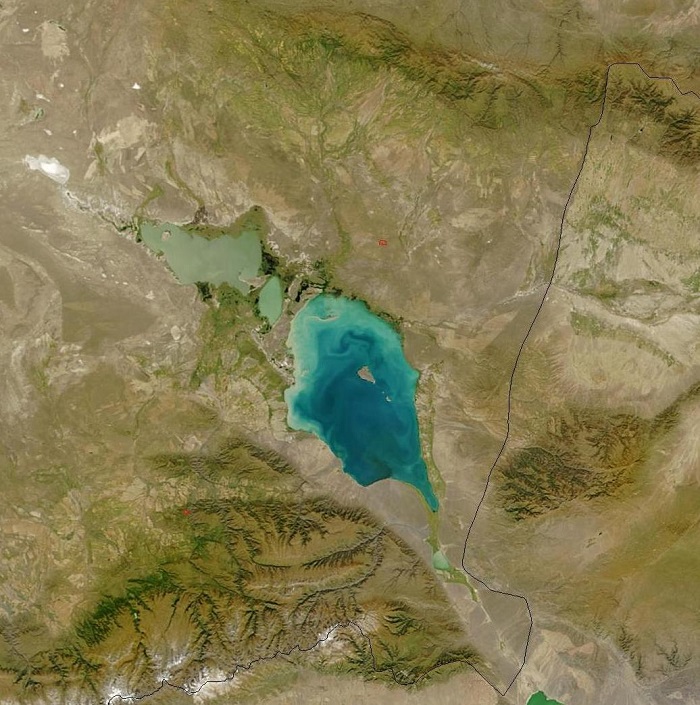 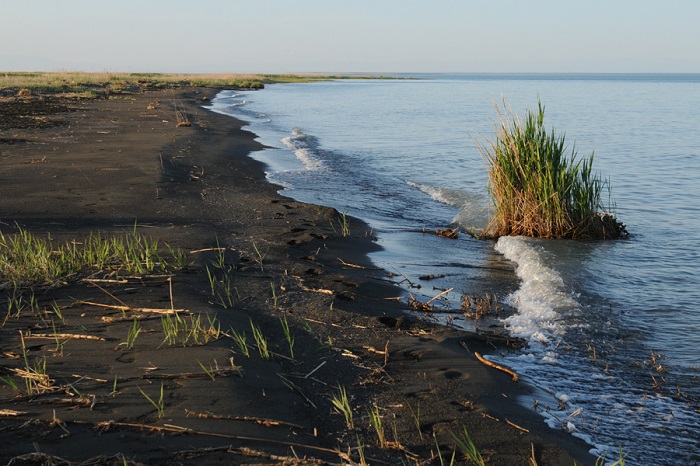