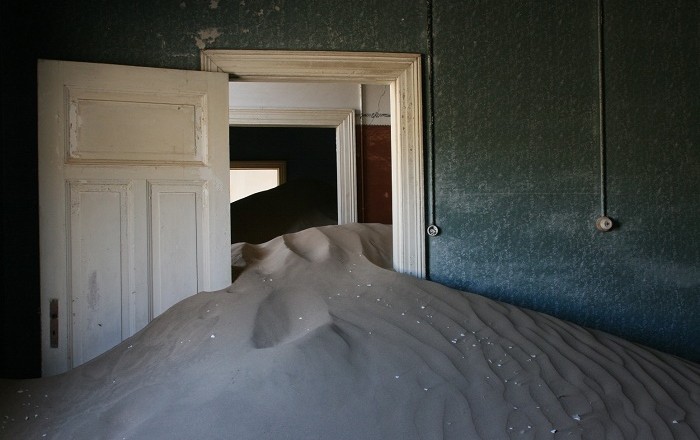 Kolmanskop is an interesting deserted ghost town that is located in the Namib Desert, in the southern part of the South African Republic of Namibia. 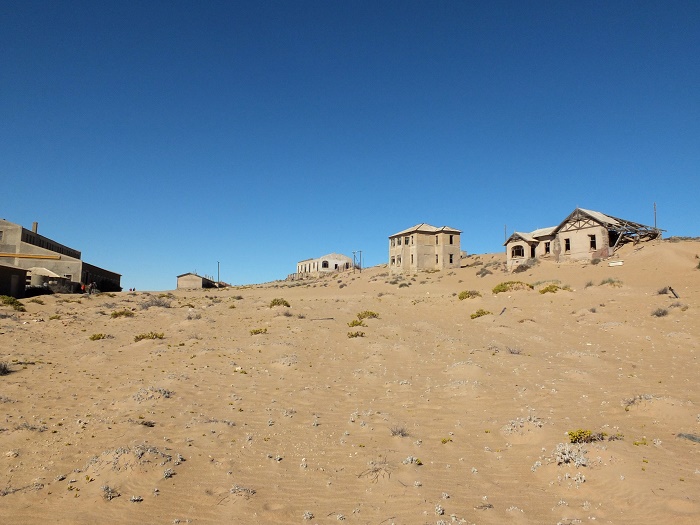 Partially swallowed by the desert sand, there are always some eerie pictures that are popping out from time to time to remind everyone that the nature is something with which we need to cooperate if we want to keep whatever we want to keep for a longer period.

The town was quite popular around 1908 when Zacharias Lewala found a quite sparkling stone in the area, and since then there were other diamonds discovered, which made the people to flock to Kolmanskop with high hopes for a better life. 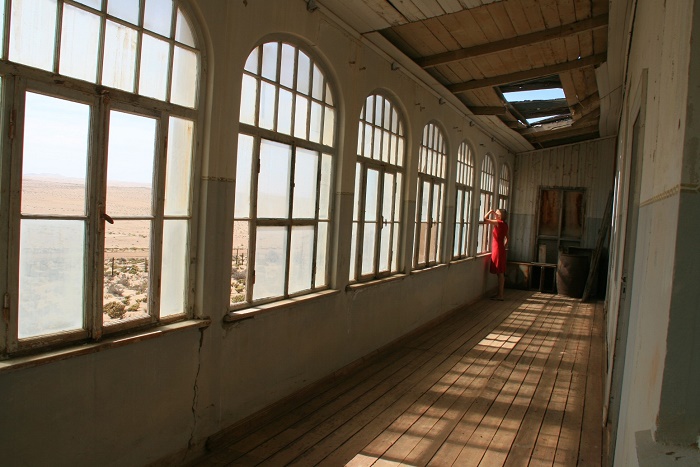 Zacharias at the time was a simple worker on the railroad which was being built, and when it was confirmed to his supervisor August Stauch that the sparkling stone was a diamond, the news spread like wildfire. Soon after the German government declared a large area as a Sperrgebiet, which means forbidden territory, and as the first diamond miners became enormously wealthy, the town was built in the architectural style of every German town. 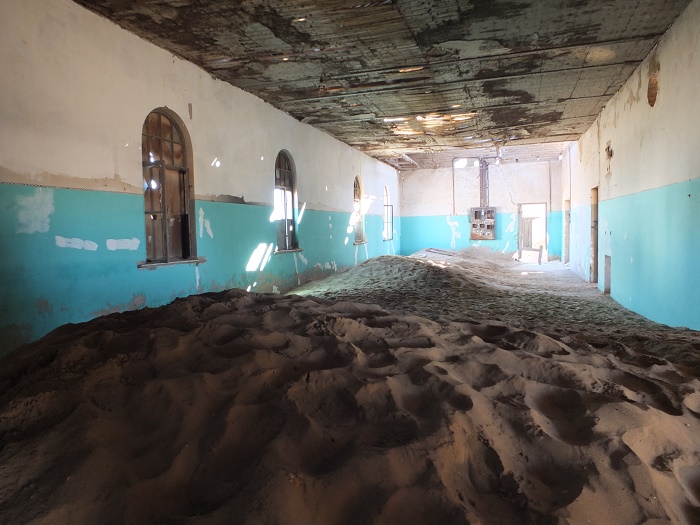 At the time, the town had a hospital, ballroom, power station, school, theater, sport shall, casino, ice facotry, as well as the first X-Ray station in the southern hemisphere was located here. The only railway link was to Lüderitz, which is still today a harbor town in the ǁKaras Region. 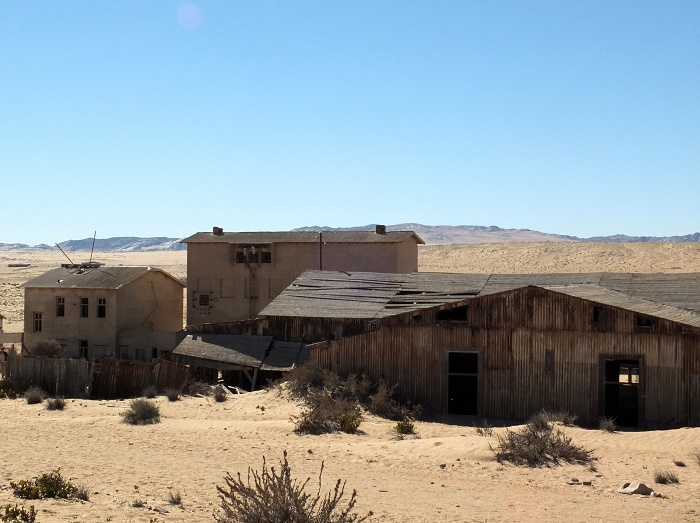 Before the beginning of the First World War, there were some 907 kilograms (2,000 pounds) of diamonds taken out from the sands of the Namib Desert, and since the price of the diamonds dropped considerably during the war, the interest to live and work in Kolmanskop quickly declined. 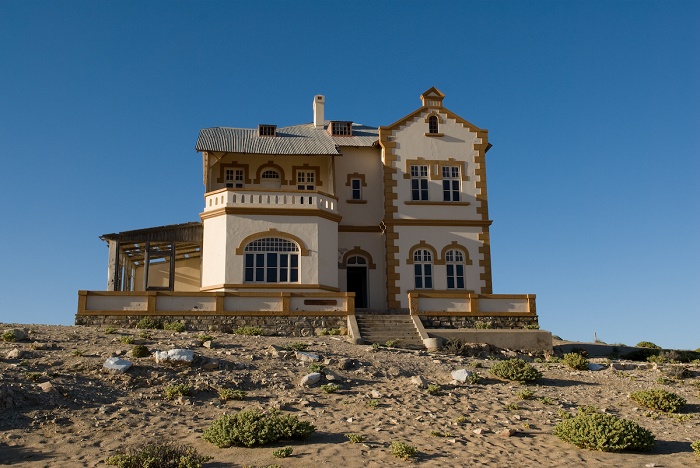 Nonetheless, even if the First World War interrupted the mining operations, there was some work, however, by the early 1930s, the area was in significant decline. 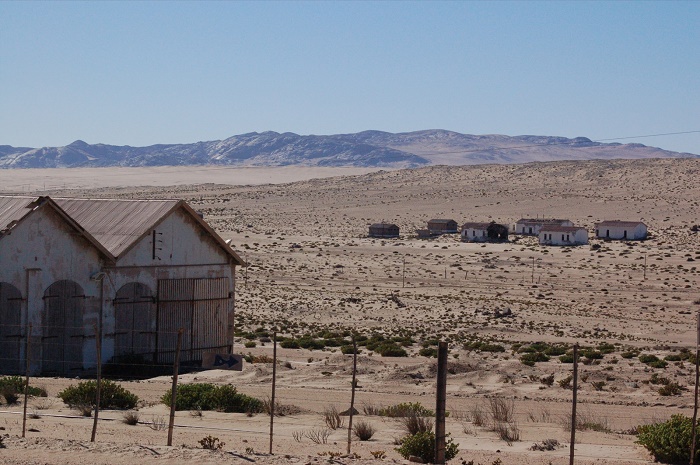 Also, at that time larger diamonds were found south from the town, this time in the town of Oranjemund, which was the reason for people by 1956 to completely abandon the small town of Kolmanskop. Since then, the town has been slowly reclaimed by the desert sands, and considering the fact that there are some strong winds, the traditional German architecture has been battered by decades, still trying to survive in the dry air. 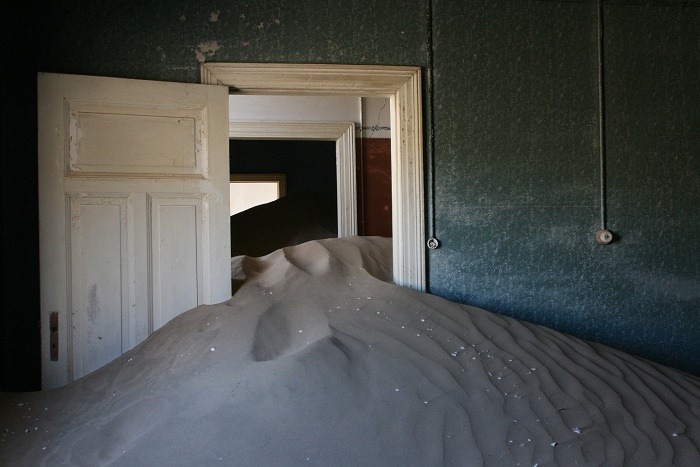 The desert nowadays encroaches into the buildings, gradually filling the empty rooms with smooth rolling drifts, and the roofs are slowly being laid bare, whereas only fragments from the tenants remain, such as a battered kettle in a beautifully tiled kitchen, a warped wardrobe resting wearily on its side etc. 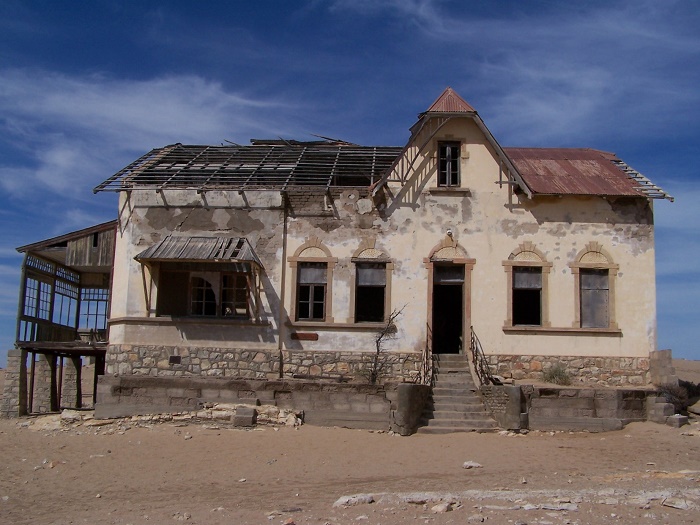 Today, this eerie and impressively alluring town is a popular tourist destination to those who are in love with abandoned places, only if one would get the permit to visit the town which can be obtained at the gate that leads into the town, where there are guided tours that are offering every single visitor the visit of every building that has been left in the town, making it even more attractive. 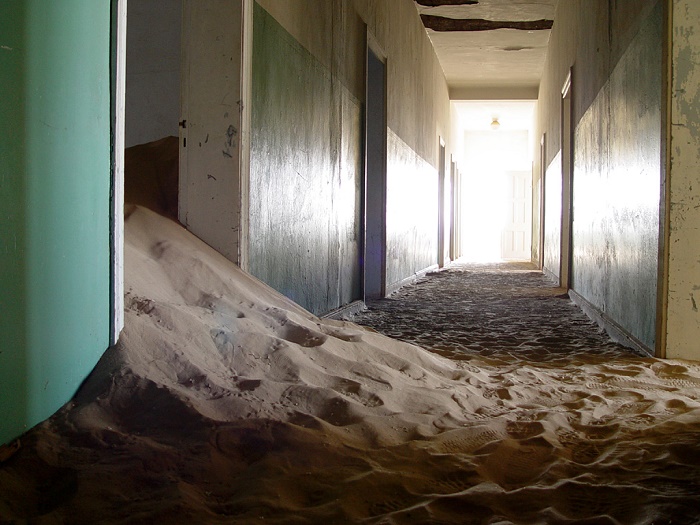 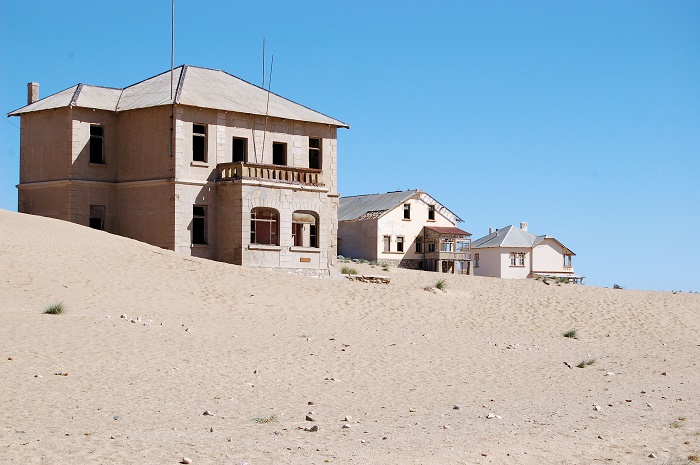 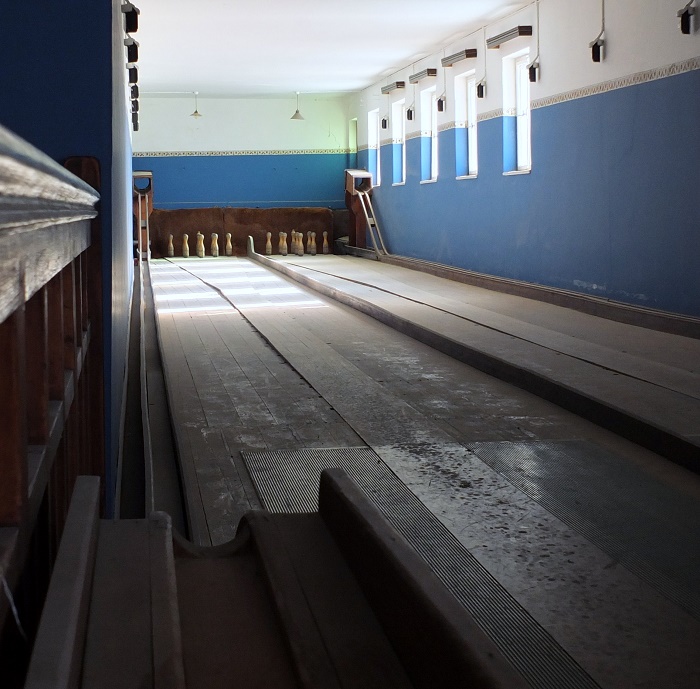