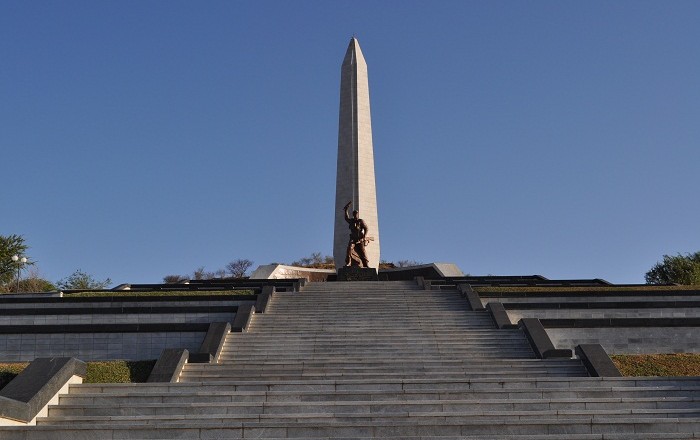 Heroes’ Acre is an official war memorial of the Government of Namibia, and it is located in the Asuas Mountains, south of the capital city Windhoek. 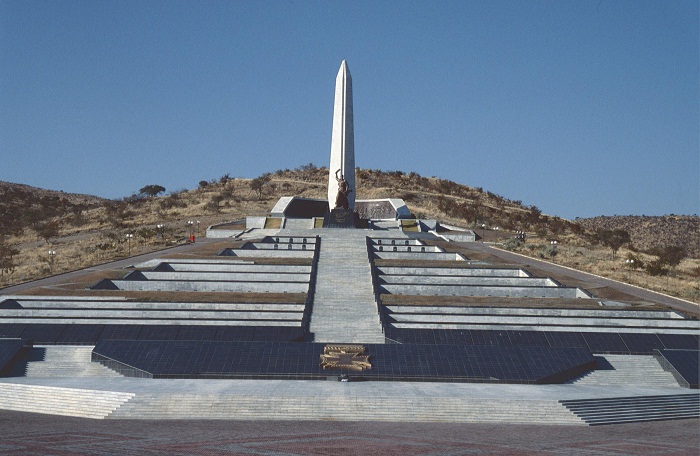 As the Republic of Namibia has been under continued colonial occupation for 105 year and 226 days, the founding father and first President of Namibia Sam Nujoma initiated the erection of this, as some might say it, “monstrous” memorial. During his visit of Zimbabwe in 1997, he got the idea of construction for something that would foster the spirit of patriotism and nationalism, passing it to the future generations of Namibia. 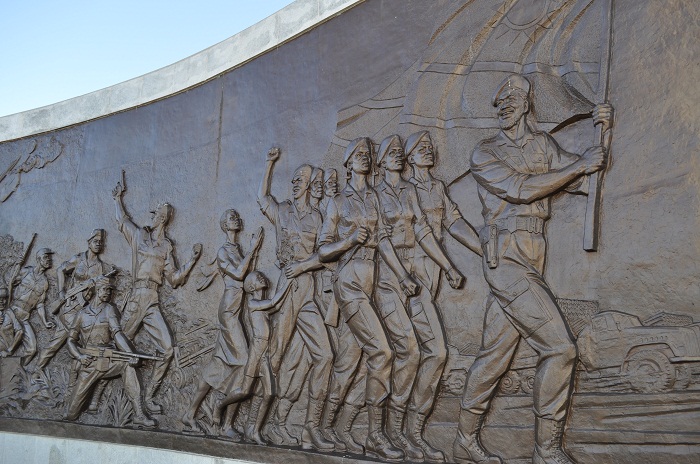 The memorial is laid out as a symmetrical polygon comprising extensive parade grounds and grandstands for an audience of 5000 people. The entrance gates of the memorial are flanked by 2 kneeling women offering bouquets of flowers, a symbolic welcoming gesture in true Namibian tradition. 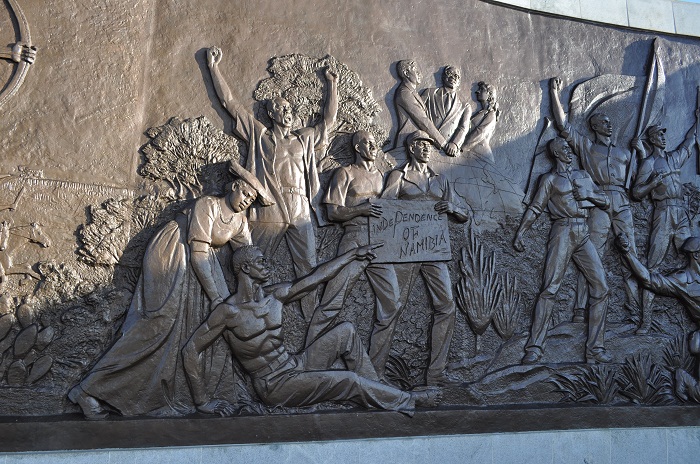 The centerpiece of the Heroes’ Acre is the Obelisk, which is 34 meters (112 feet) high, gives the appearance, together with the rear Copper Mural, of a sword which is representative of the bravery, strength and tenacity of those who took part in Namibia’s protracted and often bloody liberation struggle. 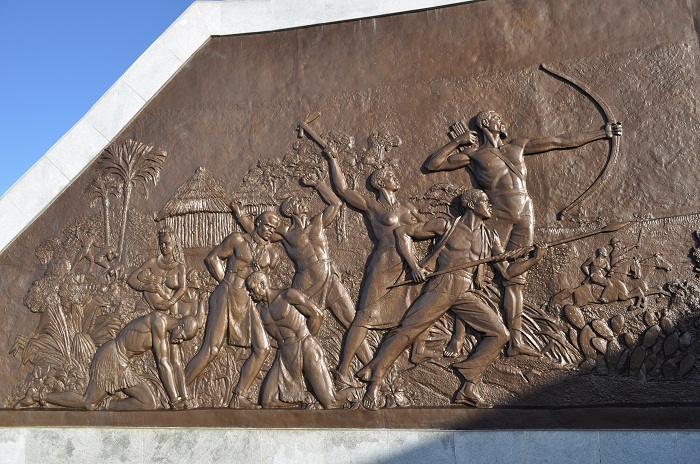 The imposing statue of the Unknown Soldier represents all the Namibians who died in the struggle, and it is 8 meters (26 feet) tall, cast from bronze that weighs 4 tonnes. In the right hand he flutters an anti-tank grenade, while in his left hand he carries a Kalashnikov (model 47) assault riffle, which was an inexpensive and easily available weapon that became the standard weapon of the People’s Liberation Army of Namibia. 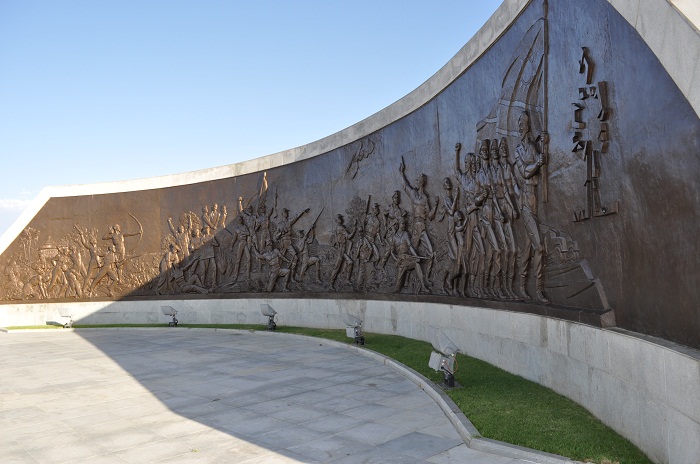 Some are saying that the Unknown Soldier is actually the President Sam Nujoma, which really has a resemblance. The wording which is a cast replica of Nujoma’s handwriting that states: “Glory to the fallen Heroes and Heroines of the motherland Namibia! Sam Nujoma 26 August 2002”, which is the date the inauguration took place. 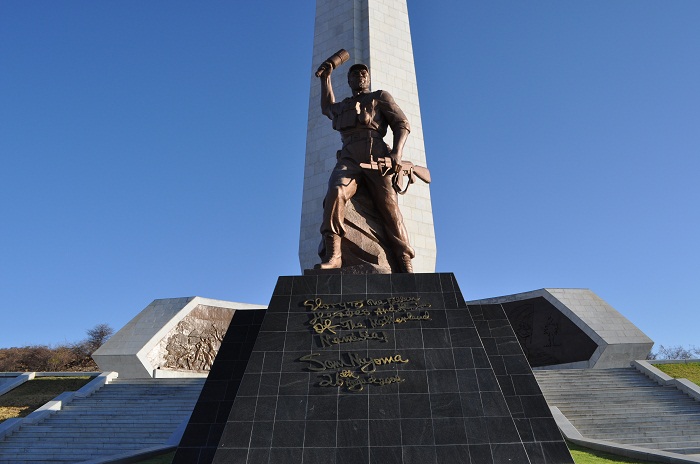 The pedestal contains soil samples which were taken from the mass graves of the Freedom Fighters killed by South African forces in Cassinga (Angola), Ongulumbashe (Namibia), and Oshatotwa (Zambia). 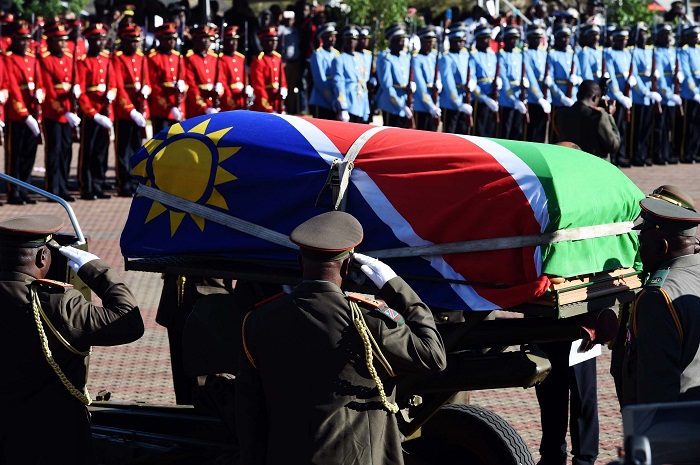 The bronze mural illustrates the struggle of the indigenous Namibians, where the four plates depict: the suffering and oppression under Imperial Germany’s colonial rule, petitioning the UN for Independence from the South African occupation, 26 August 1966 when the South West Africa People’s Organization attacked a contingent of South Africa forces at Ongulumbashe in the northern Omusati Region of Namibia, and ‘Freedom Fight We Have Won’ was sung victoriously on 21 March 1990 when the flag of South Africa was lowered and the national flag of Namibia was raised for the first time. 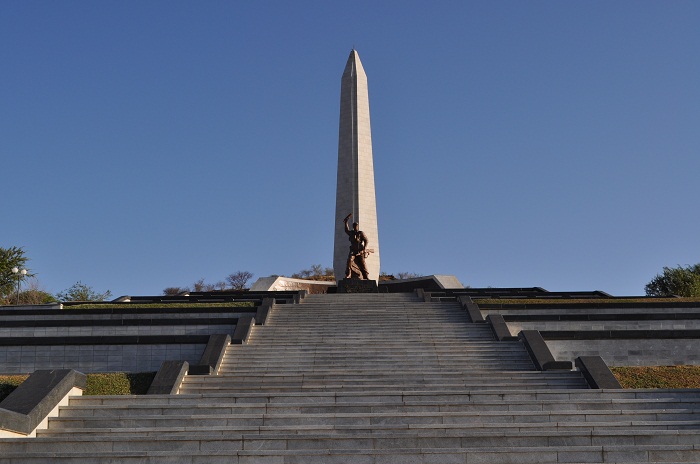 The memorial is enriched with the Eternal Flame, that represents  the undying spirit of freedom and recognition of the ultimate sacrifice that all of the fallen sons and daughters made for Namibia. As Namibia is a small nation, it definitely has some very tumulous past which in the end was awarded with a full independence, something what the Namibians have been dreaming for a long time. 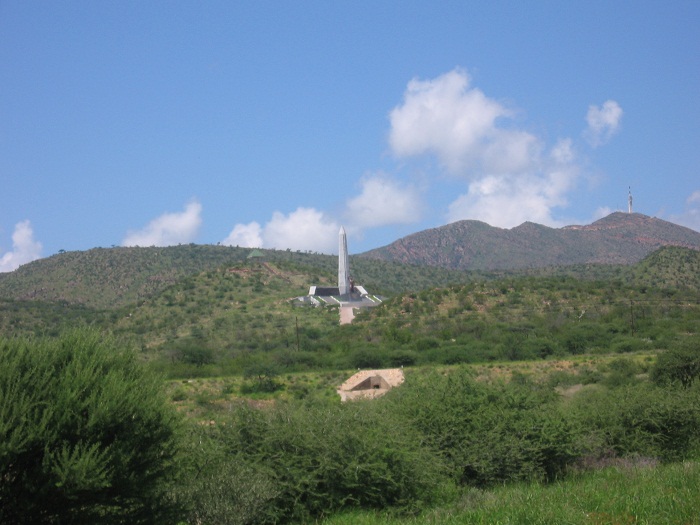