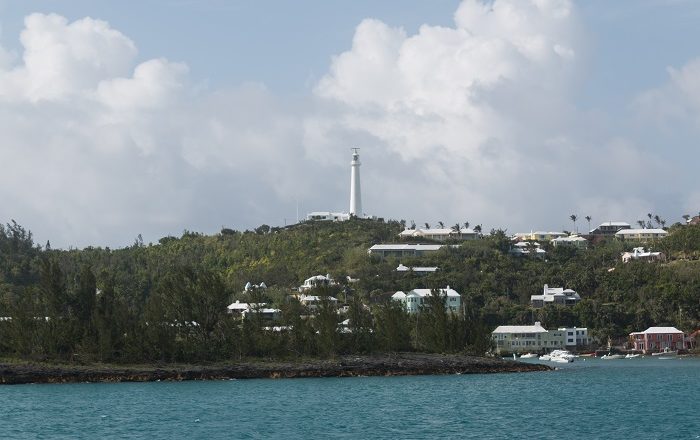 The Gibbs Hill Lighthouse is a historic cast iron lighthouse which is located in the eastern part of the Southampton Parish, within the British Overseas Territory in the North Atlantic Ocean, Bermuda.

Considered to be among the first lighthouses in the world to be constructed from cast iron, the Gibbs Hill Lighthouse was at first pre-built in England in 1844, and it was actually built in Bermuda in 1846. 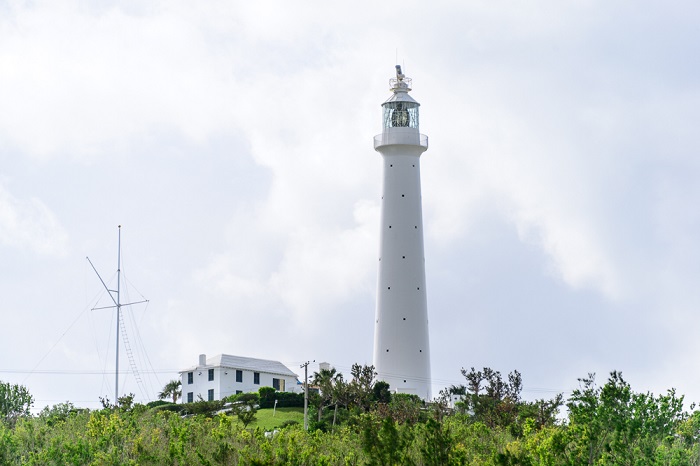 The lighthouse itself is 36 meters (117 feet) high, which is not considered to be a very tall one, however, combined with the hill on which it stands, measured to be at 75 meters (245 feet) above the sea level, the focal plane of the light is at 108 meters (354 feet) above the sea. 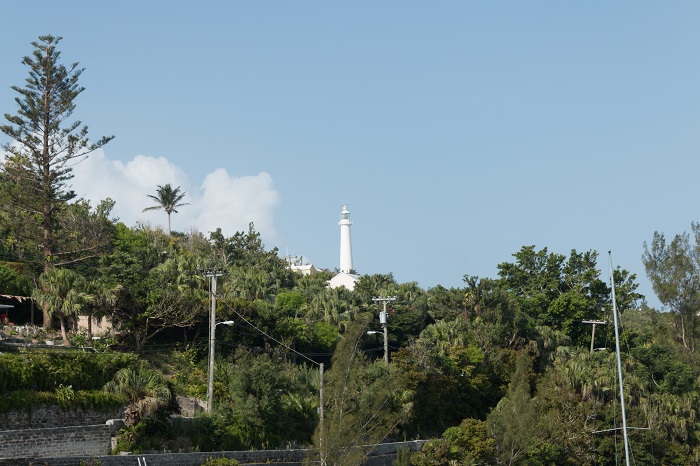 With 8 floors, there are 185 steps that lead to the top from where the South Shore and Little Sound are looking quite spectacular in addition to the views of both the City of Hamilton and the Royal Naval Dockyard. Even though nowadays the shipping uses advanced navigation methods, the Gibbs Hill Lighthouse is used as a backup methog of navigation, just in case there is some sort of problem with the electronics. 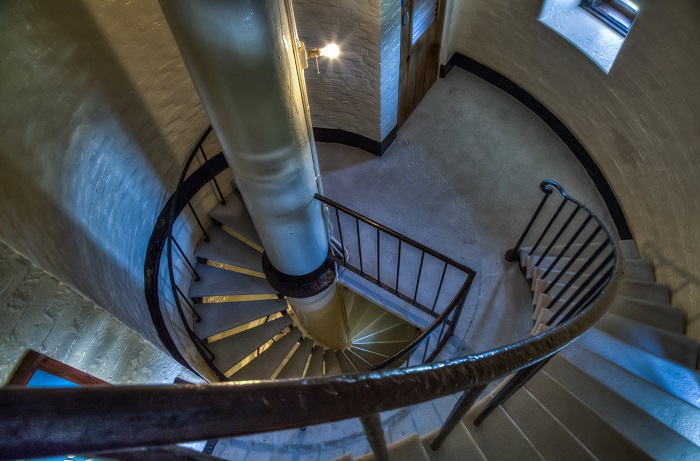 Today, the property is operated electronically and maintained by the government’s Marine and Ports Department, and every visitor is able to enjoy the Lighthouse Tea Room that is located at the base of the tower with breakfast, lunch and dinner served daily. 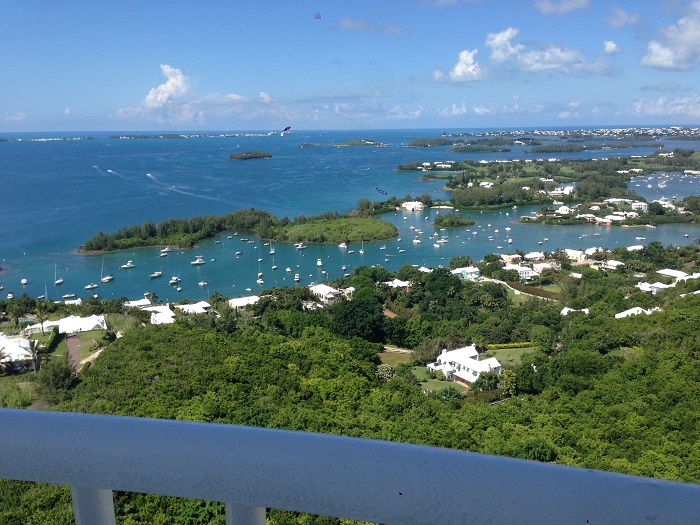 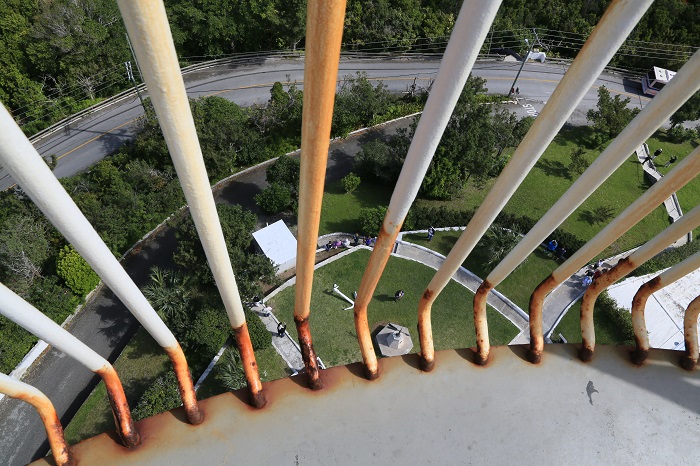