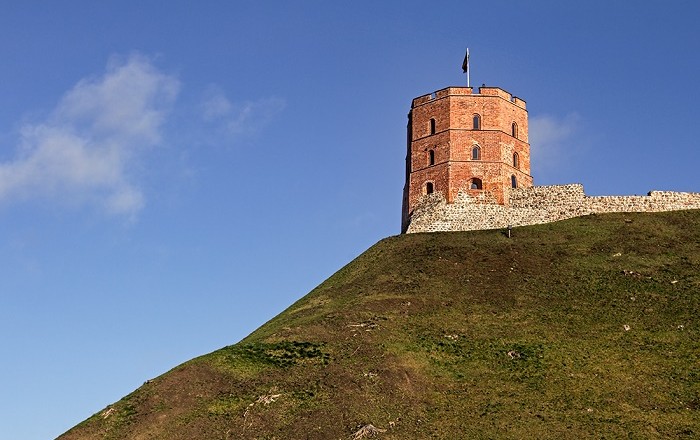 Gediminas’ Tower sits on top of the hill of Gediminas and it is the highest natural hill of such kind in Lithuania. The Upper castle (now only Gediminas tower has remained) is a symbol of Lithuania, and especially of Vilnius. The Castle Hill surrounded by rivers was a convenient location to build a castle and establish a bigger settlement. 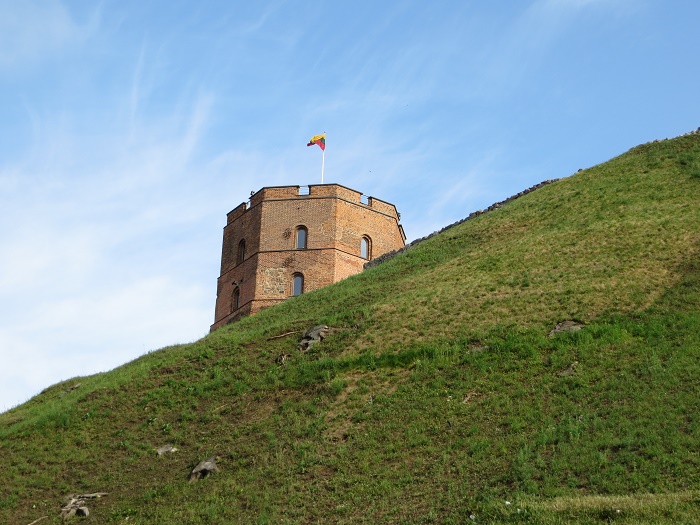 Archaeological investigations have revealed that there had already been a settlement on the Castle Hill in the Neolithic. In the 9th century, the hill was reinforced with wooden and stone fences by the Grand Duke of Lithuania, Gediminas, whereas in the 11th-13th centuries a wooden castle had already been erected. 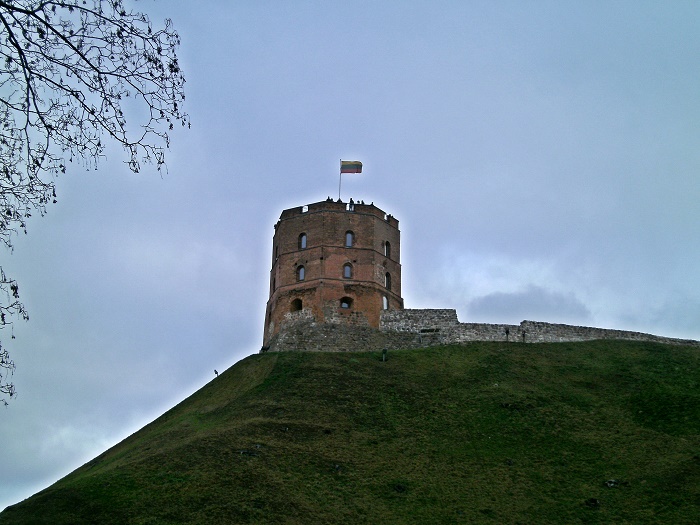 Later the first brick castle was completed in 1409 by Grand Duke Vytautas. The early history of the castle is closely related to the history of the development of the city. Third floor tower was rebuilt in 1930, by Polish architect Jan Borowski. Some remnants of the old castle have been restored, guided by archaeological research. Every Lithuanian knows the legend of how the castle was built. 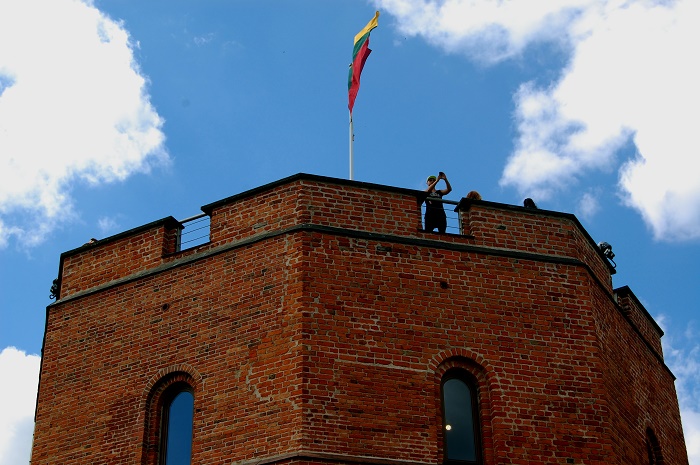 They will tell you that it was the Lithuanian Grand Duke Gediminas stopped for an overnight near the confluence of Neris and Vilnele rivers. That night he dreamed an iron wolf howling on a hill. In the morning his soothsayer (mage) Lizdeika explained his dream as a sign for him to build there a city as it will become a well known and widely resounded in all over the world. Gediminas ordered to pour a mound at the same place where he slept. 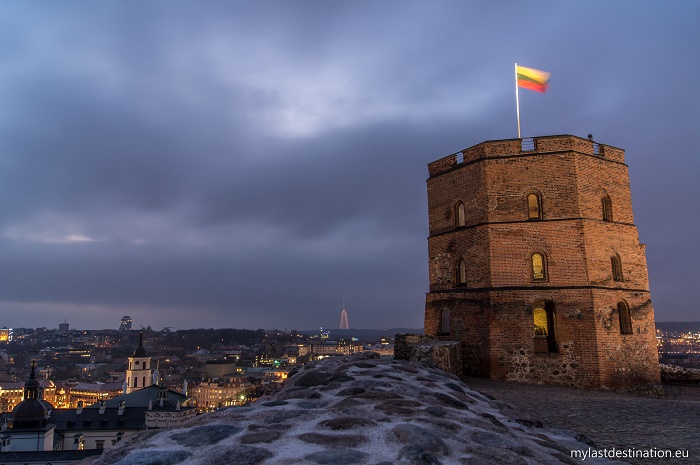 On the hill there they built a castle, which was the predecessor for the nowadays Gediminas castle. During the Second World War, the tower was damaged, and reconstructed already again during the Cold War in 1956 – 1960. At that time a museum was opened and is still functioning till our days. 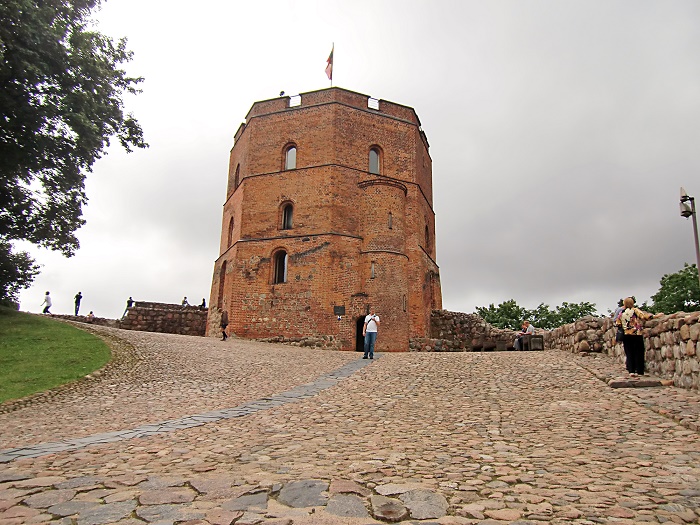 Gediminas tower is an octagonal building, its foundations were laid in stone, and walls built in Gothic style with bricks. There is a beautiful viewpoint opening from the top of the tower, most of old town buildings can be seen from there – churches and beautiful sea of red roofs. The view stretches from a nearby Vilnelė and Neris river valleys to a new-town district in southern part of Vilnius. 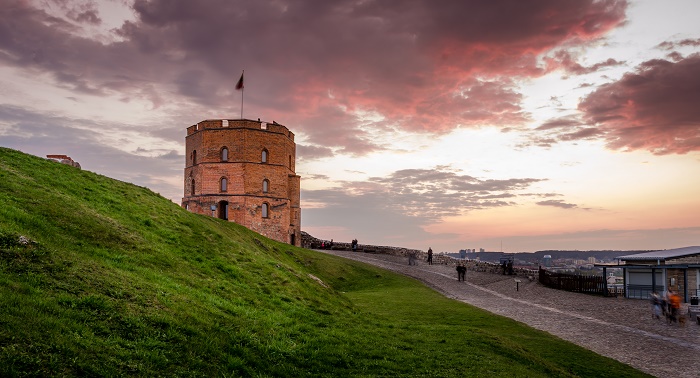 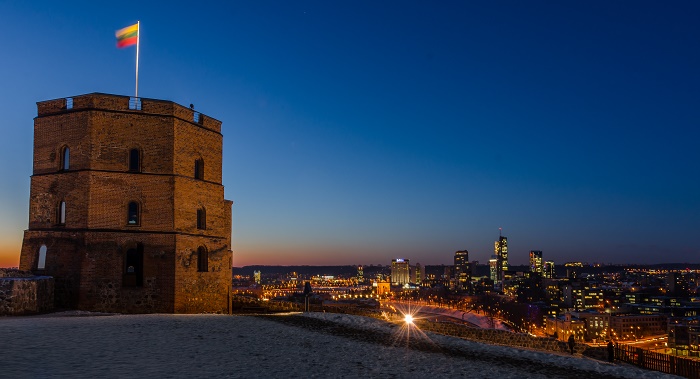 The palace was built with 4 meter thick walls and sharp Gothic arcs. Gediminas’ Tower is an important state and historic symbol of the city of Vilnius and of Lithuania itself. It was depicted on the former national currency (the litas) and is mentioned in numerous Lithuanian patriotic poems and folk songs. 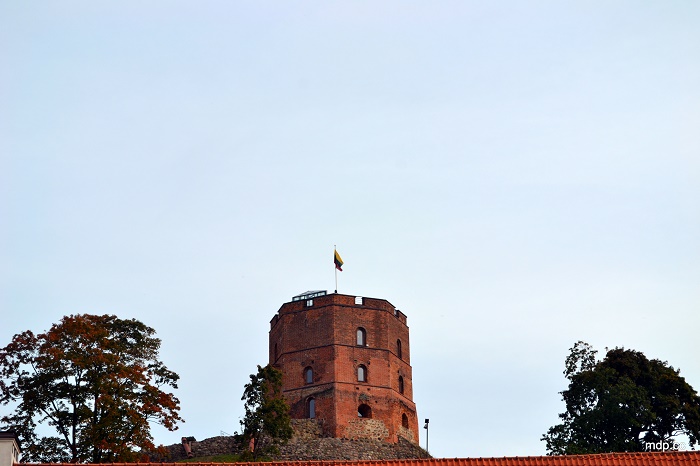 The Flag of Lithuania was re-hoisted atop the tower on October 7, 1988, during the independence movement that was finalized by the Act of the Re-Establishment of the State of Lithuania on March 11, 1990. One more thing worth mentioning is that the beginning of the Baltic Way was in Vilnius, just outside the Gediminas tower. 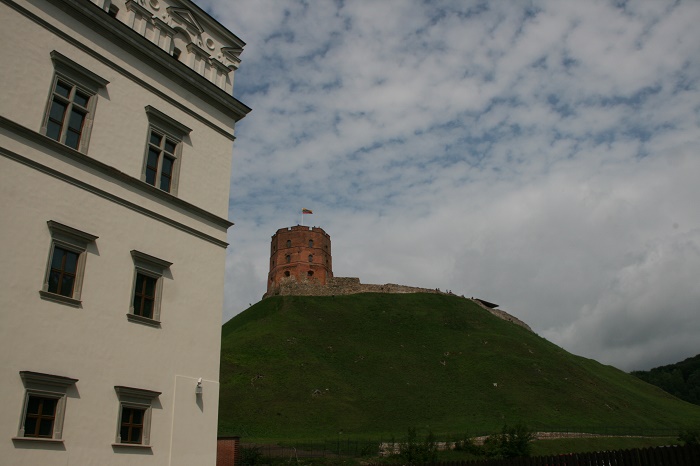 From here, a magnificent row of people stretched over three countries, ending at Hermann Tower in Tallinn, with hope that the three Baltic states will receive their independence from the USSR without any difficulties. 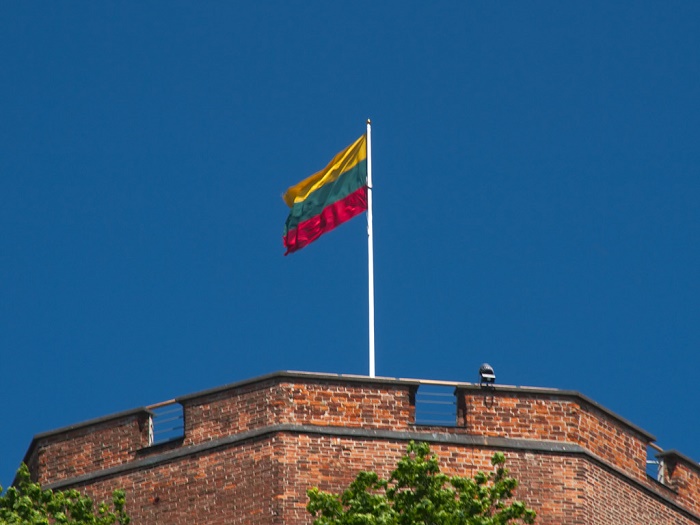 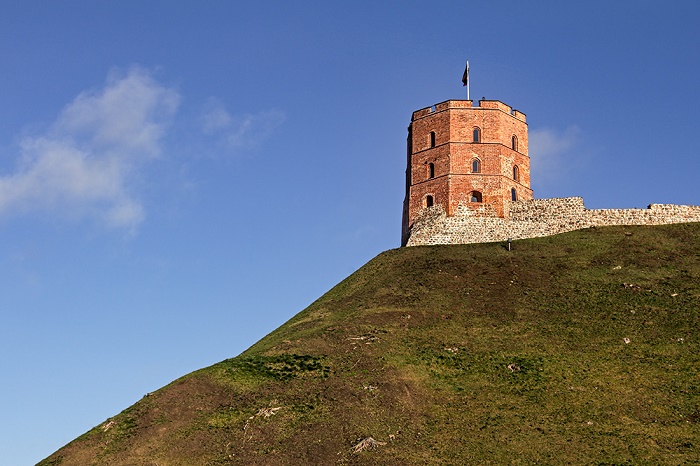 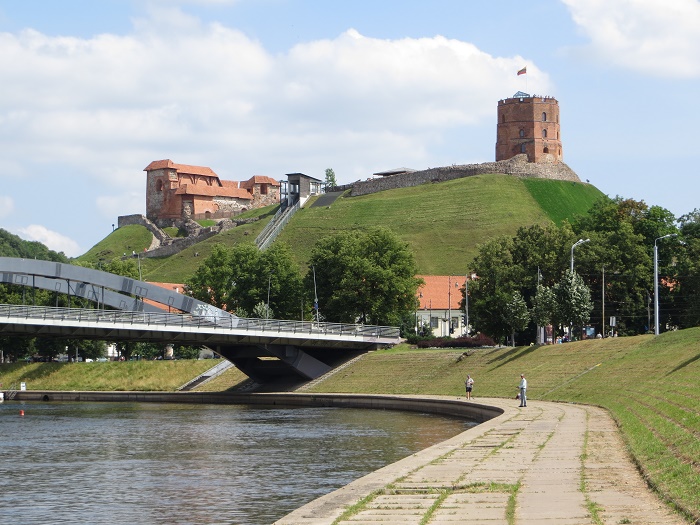