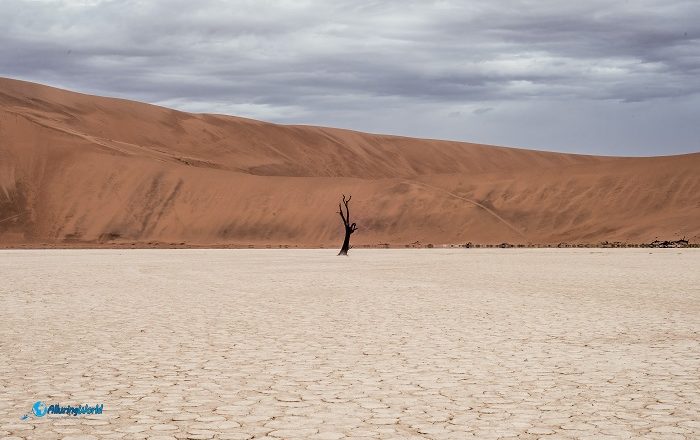 Deadvlei, sometimes written as DeadVlei and Dead Vlei, is a white clay pan that can be found within the Namib-Naukluft National Park, in the western part of the Republic of Namibia.

The name comes from the English word ‘Dead’ and the Afrikaans ‘vlei’ which put together have the meaning “dead marsh”, although sometimes it can be referred to by its original Afrikaans name “Dooie Vlei”. 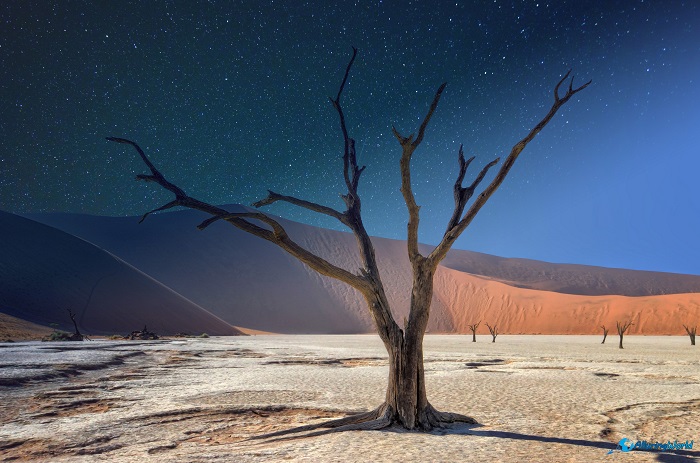 What is interesting about this desert feature from the lovely nation of Namibia is that it is characterized by dark, dead camel thorn trees contrasted against the white pan floor where photographers enjoy taking surreal and stupendous photos. 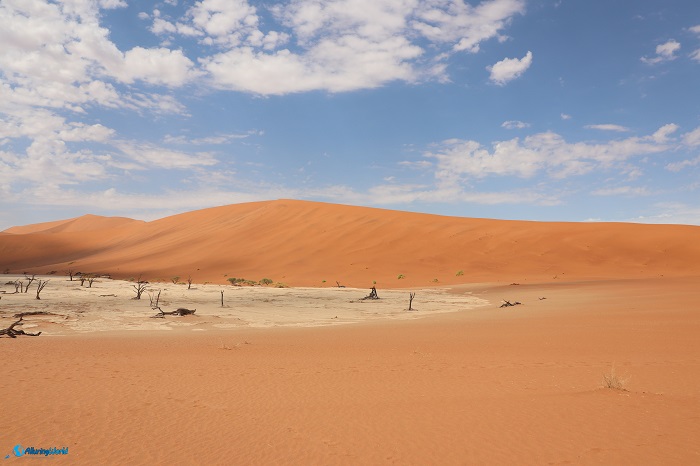 The formation is considered to be from the Tsauchab River that flooded the area after a rainfall, creating temporary shallow pools where the abundance of water allowed camel thorn trees to grow. 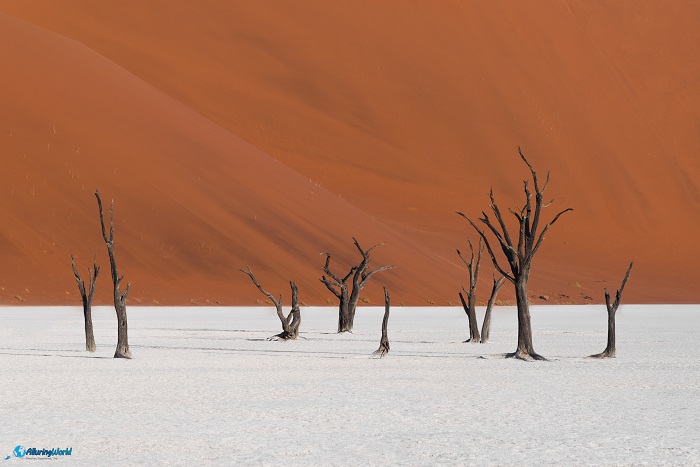 Because the climate changed with severe drought hitting the entire area, the very high dunes that encircle the pan, block the river of the area, which is why the Vachellia erioloba trees are now static skeletons which tell the story that once upon a time the area was thriving with life. 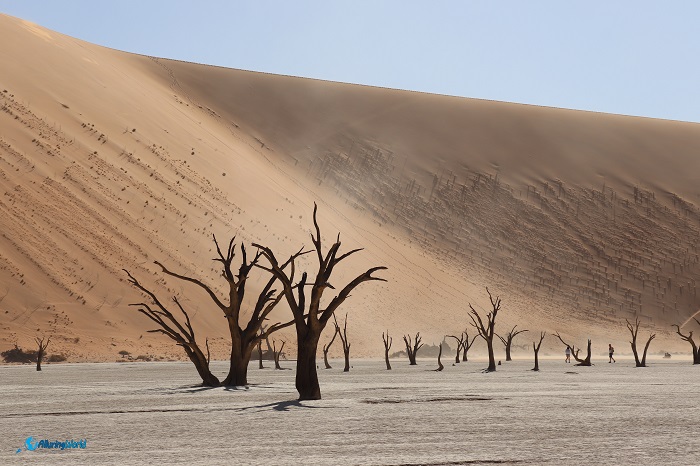 According to some estimates, the skeletal trees are supposedly 900 years old, and they have decomposed thanks to the very dry climate of the region. In addition, some species of plants can be seen here, such as salsola and clumps of nara, that managed to survive on simply the morning mist and very, very rare rainfall. 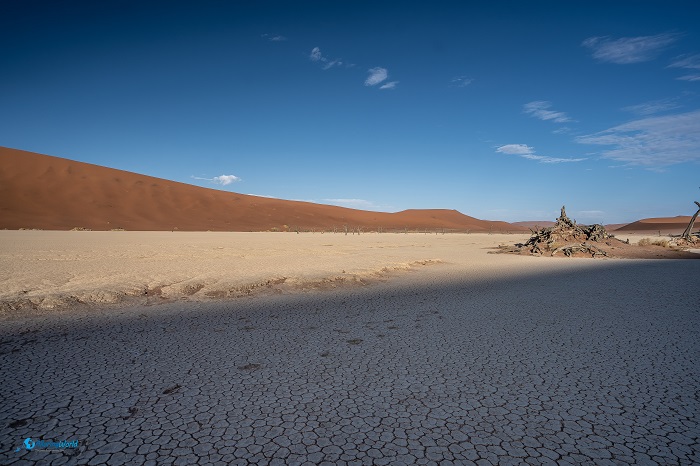 Still, this frozen forest with scorched black tree skeletons is an unusual paradise that gives amazing contrast between the black trees and white pans with the reddish desert dunes and marvelous blue sky. 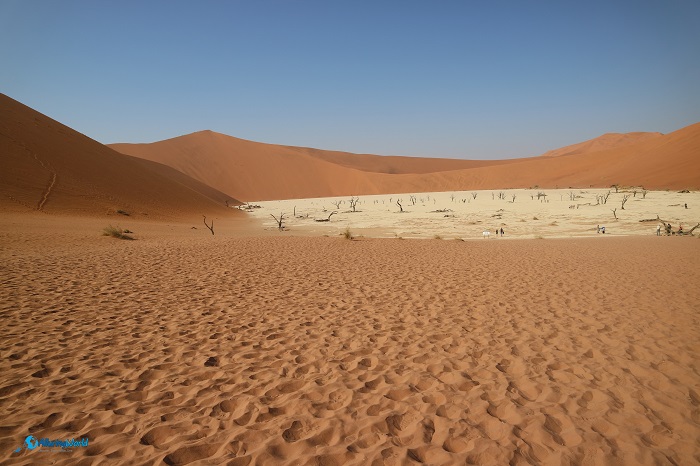 In conclusion, with striking landscape views with contrasting colors, Deadvlei is something that should not be missed whenever in Namibia, as it will take everyone to a world that cannot be seen anywhere else. 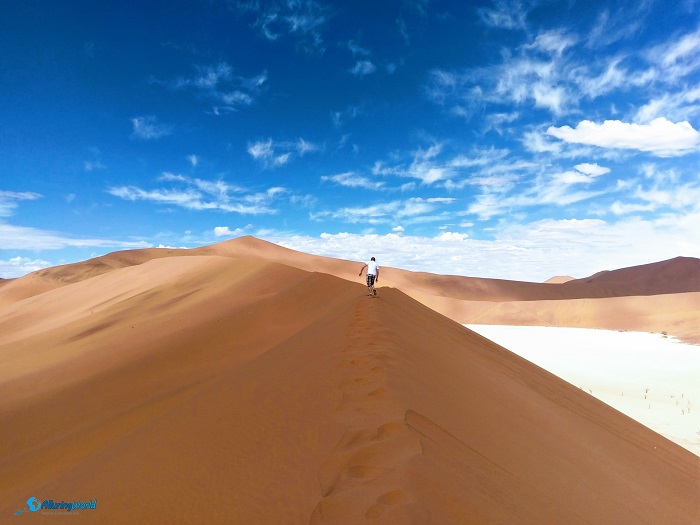