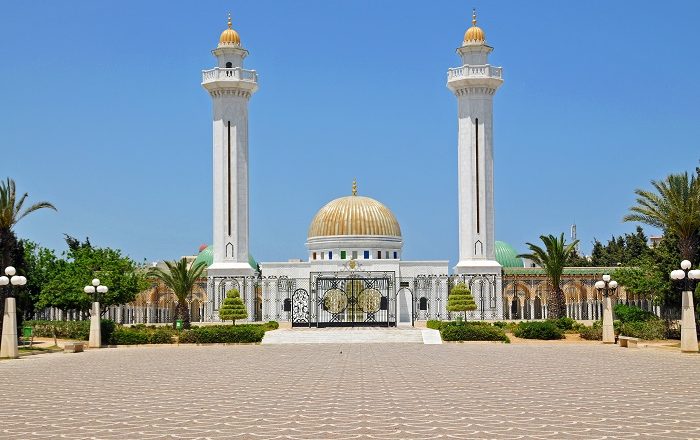 The Bourguiba Mausoleum is a monumental grave that contains the remains of the lawyer, nationalist leader and statesman, Habib Bourguiba, and it is located in the city of Monastir, the coastal center of the Republic of Tunisia. Built in a modern Arab-Muslim architectural style in the Sidi El Mezery cemetery, the structure was built in 1963 while the Tunisian leader was still alive, and even at some point he also visited the site in order to see that the construction is going well. 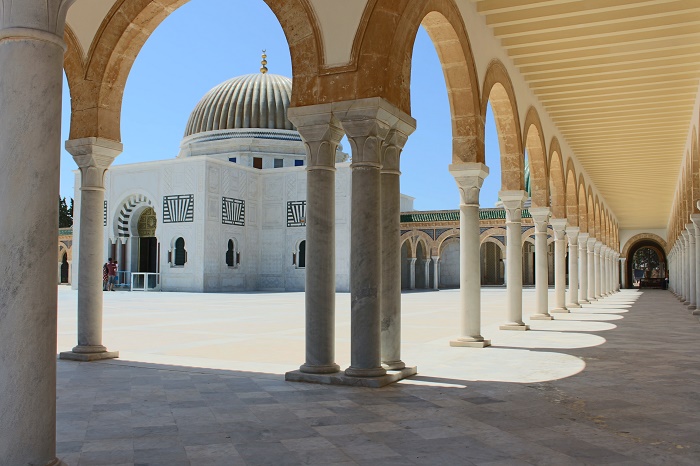 Being the first President of Tunisia, Habib Bourguiba played a crucial role in obtaining independence from France, ending the 75 years old protectorate and earning the title of “Supreme Combatant”, for which he also deserves a great mausoleum. 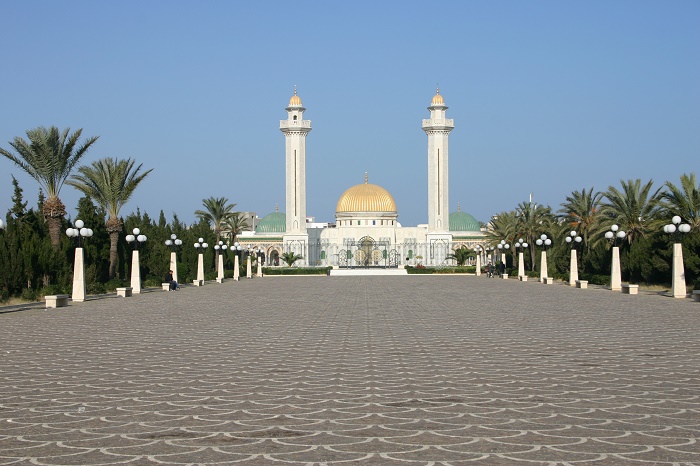 The main architect entitled to design this intriguing landmark was the French architect of Tunisian origin, Olivier Clément Cacoub, who went around different countries in order to choose the best architectural style. To get to the main structure, there is an alley that is some 200 meters (660 feet) long and 30 meters (98 feet) wide, and leads towards the golden white mausoleum. 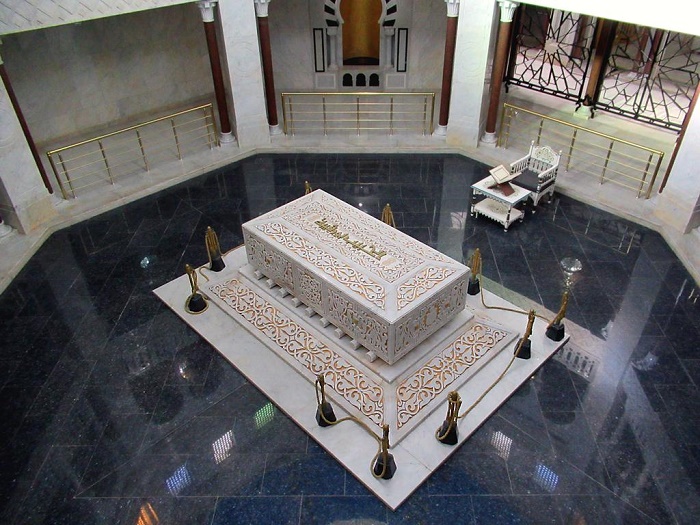 At the end of the alley, there are two minarets which are 25 meters (82 feet) high, and in between them, the main part of the structure is topped by a large golden dome, accompanied by two other, smaller green domes. 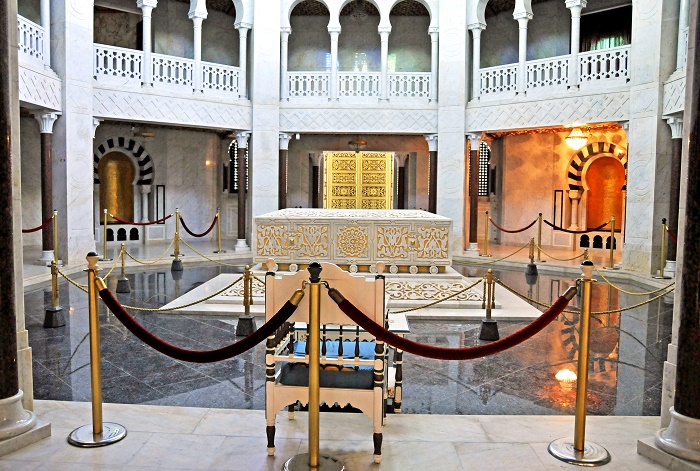 Following the characteristics of the traditional Tunisian architecture, especially the gateway and the gate that separates it from the rest of the cemetery are extravagant examples of Tunisian art, nevertheless, the Bourguida Mausoleum is the last resting place of the former Tunisian president since 6 April 2000. In addition, his first wife, as well as his parents, his siblings, and other members of his family are buried here. 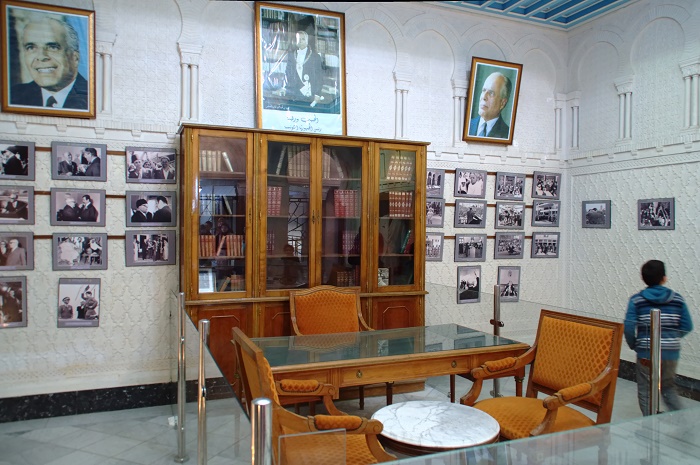 There is also a small museum which houses some of the President’s belongings, such as his desk, pens, passports and identity card, glasses, photos, clothes, etc. 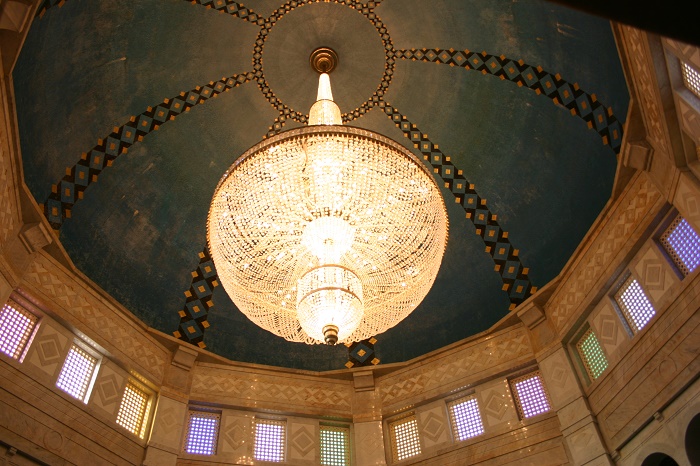 All in all, a great representation of the pride the Tunisians have for their gained independence, as it is shown through the vision of one person, especially when it comes to their late President Bourguida who wanted his nation to continue to be independent and prosperous, and existing for centuries. 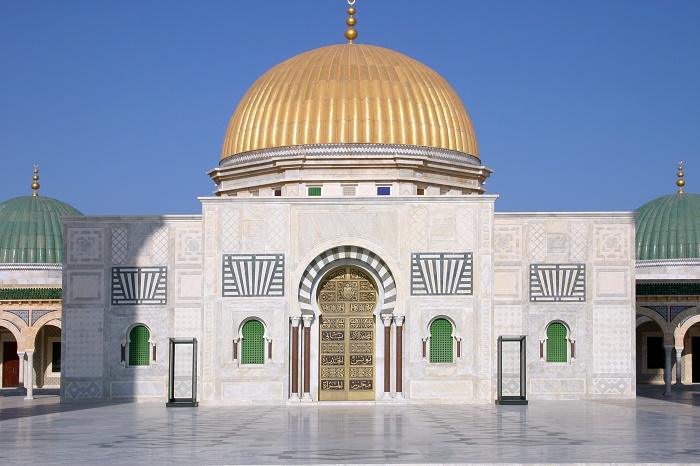 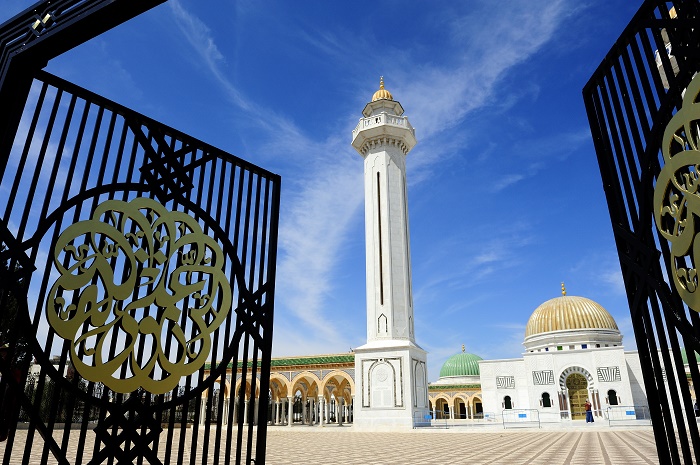 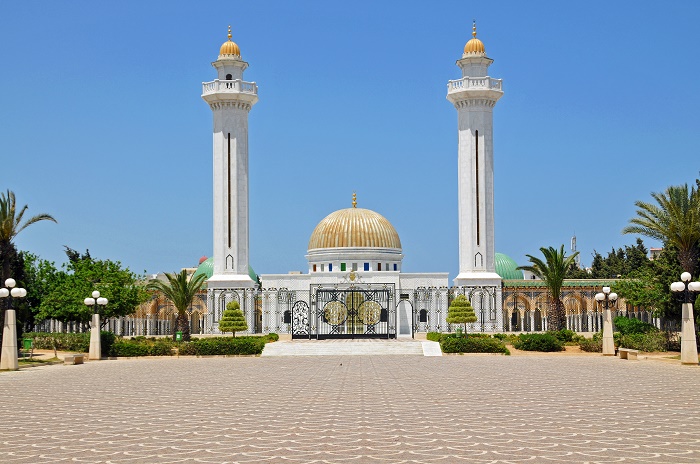