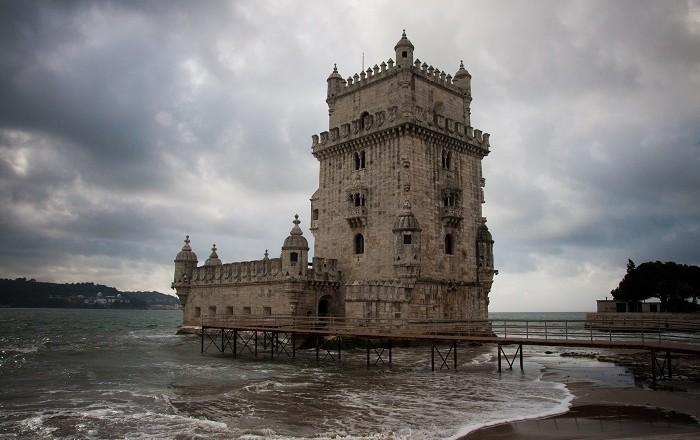 Standing on the waterfront at Belem near the mouth of the River Tagus is located the Torre de Belém, which is arguably the most iconic symbol of Lisbon. Originally conceived as a lighthouse, the tower was eventually built as a defensive fortress on the orders of King Manuel I. 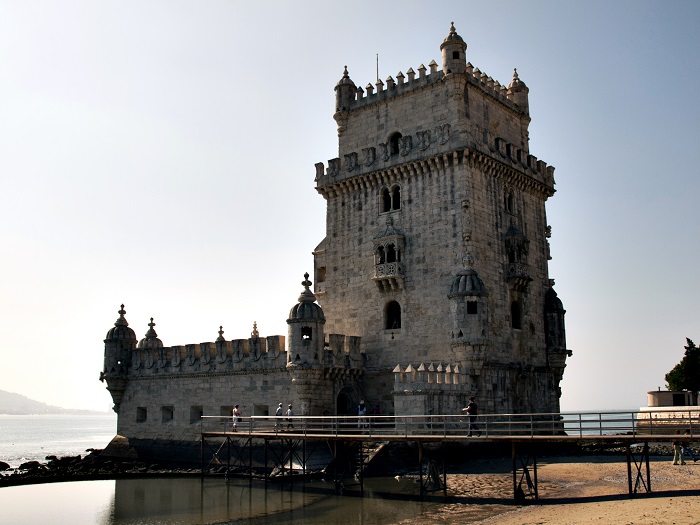 Built in 1515 as a fortress to guard the entrance to Lisbon’s harbor, the Belem Tower was the starting point for many of the voyages of discovery, and for the sailors it was the last sight of their homeland. It is also known as the Tower of St. Vincent. Belem tower is located in the civil parish of Santa Maria de Belém. 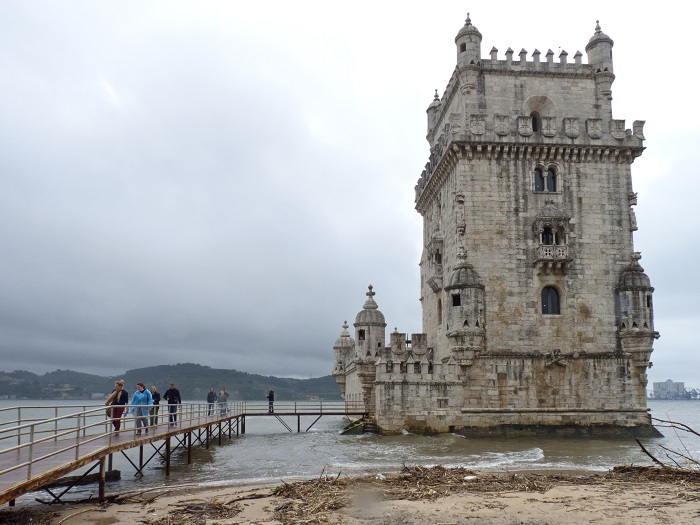 It is a UNESCO World Heritage Site, because of the significant role it played in the Portuguese maritime discoveries of the era of the Age of Discoveries. The tower was commissioned by King John II to be part of a defense system at the mouth of the Tagus river and a ceremonial gateway to Lisbon. The structure was built from lioz limestone and it is a prominent example of the Portuguese Manueline style. 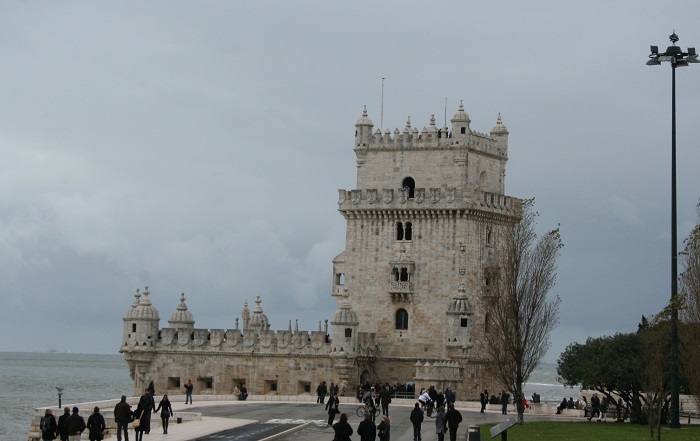 Belem is composed of a bastion and a 30 m (100 feet), four floors tower. It has incorrectly been stated that the tower was built in the middle of the Tagus and now sits near the shore because the river was redirected after the 1755 Lisbon earthquake. In fact, the tower was built on a small island in the Tagus River near the Lisbon shore. 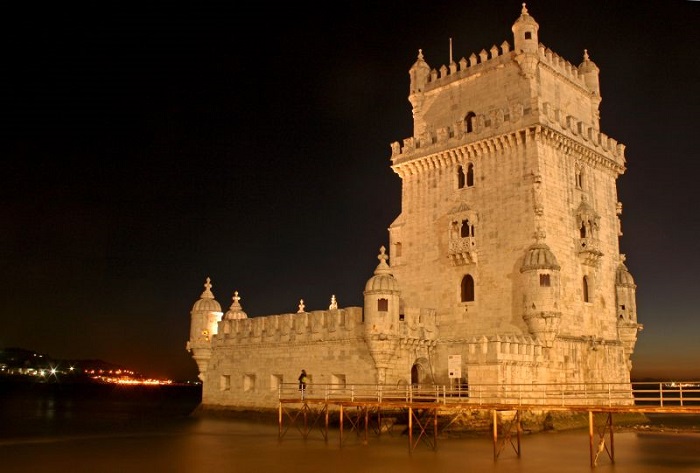 The architect, Francisco de Arruda, had previously worked on Portuguese fortifications in Morocco, so there are also Moorish-style watchtowers and other Moorish influences. Facing the river are arcade windows, delicate Venetian-style loggias, and a statue of Our Lady of Safe Homecoming, a symbol of protection for sailors on their voyages. 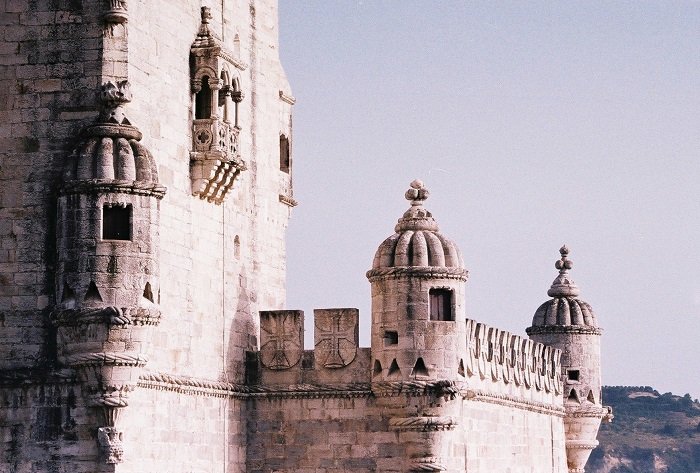 The interior of the bastion, with a circular staircase at the north end, has two contiguous halls with vaulted ceilings supported by masonry arches, as well as four storage lockers and sanitary facilities. On the ground floor bunker, the floor is inclined towards the outside, while the ceilings are supported by masonry pilasters and vaulted spines. 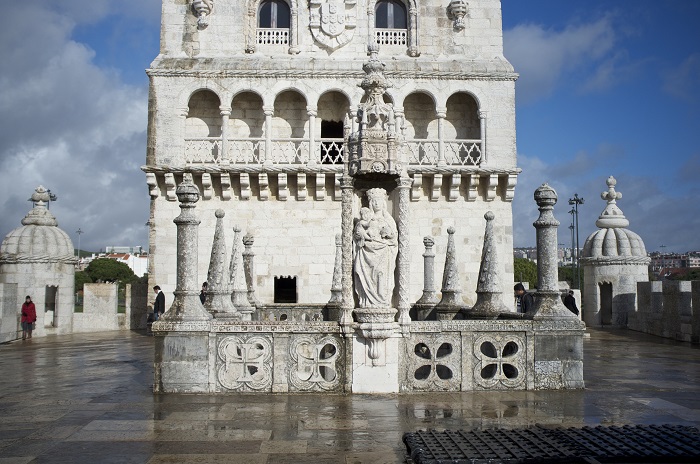 Gothic rib vaulting is evident in this casemate, the rooms of the tower and the cupolas of the watchtowers on the bastion terrace. Peripheral compartments on the edges of the bunker allow the individual cannons to occupy their own space, with the ceiling designed with several asymmetrical domes of various heights. The ancillary storerooms were later used as prison cells. The tower is about 12 meters (39 feet) wide and 30 meters (98 feet) tall. 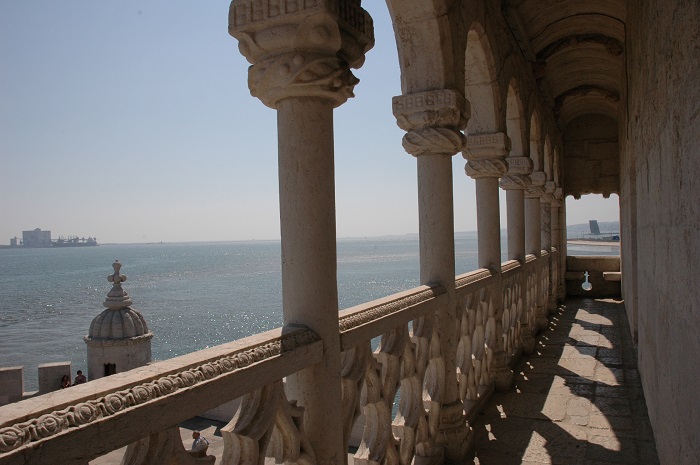 The first floor interior contains the Sala do Governador (Governors Hall), an octagonal space that opens into the cistern, while in the northeast and northwest corners are corridors that link to the bartizans.A small door provides access via a spiral staircase to the subsequent floors. 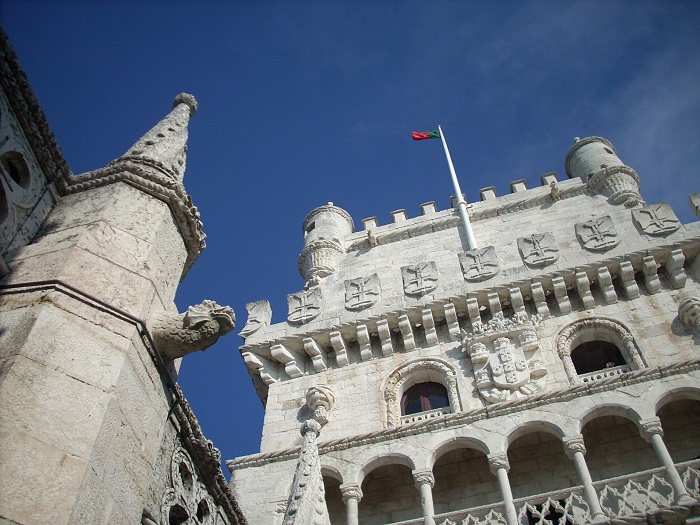 On the second floor, the Sala dos Reis (King’s Hall) opens to the loggia overlooking the river, while a small corner fireplace extends from this floor to the third floor fireplace in the Sala das Audiências (Audience Hall). The ceilings of all three floors are covered in hollow concrete slabs. The fourth floor chapel has a vaulted rib ceiling with niches emblematic of the Manueline style, supported by carved corbels. 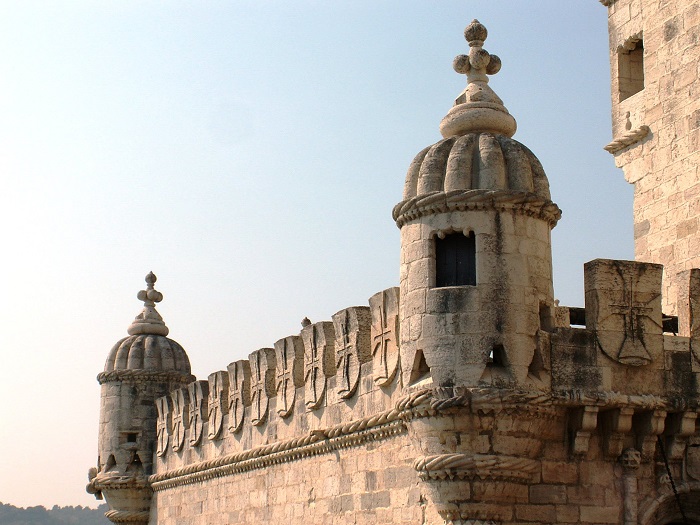 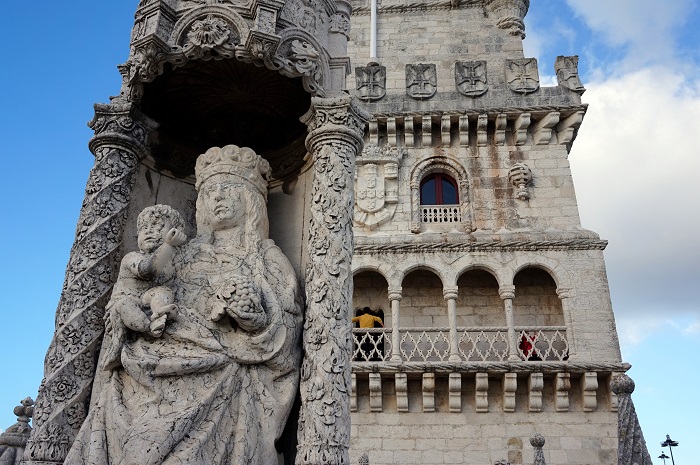 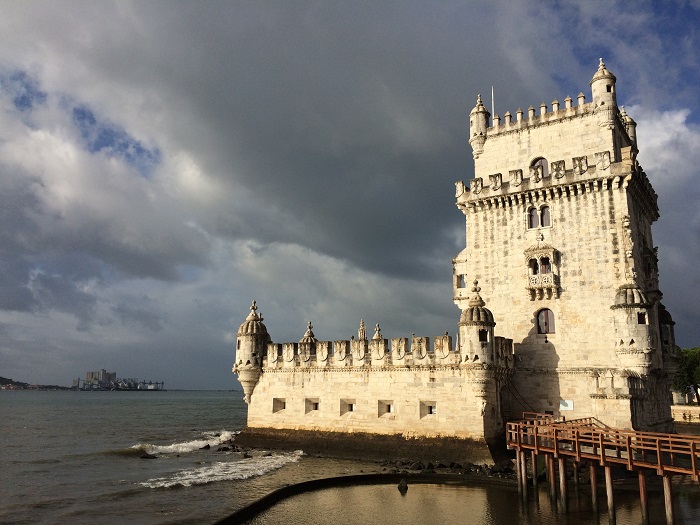 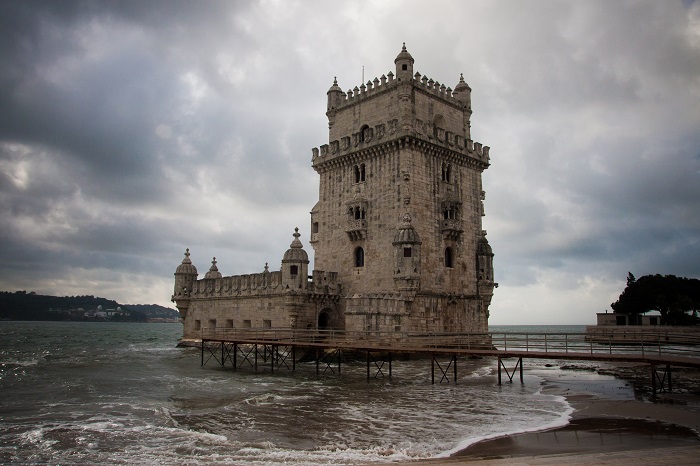