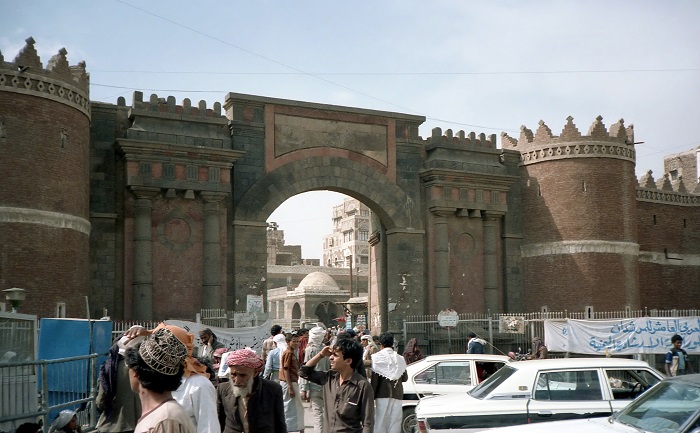 Bab al-Yaman is the main and the only survivor of the seven ancient gates that are leading towards the old part of the capital city of the Republic of Yemen, Sana’a. 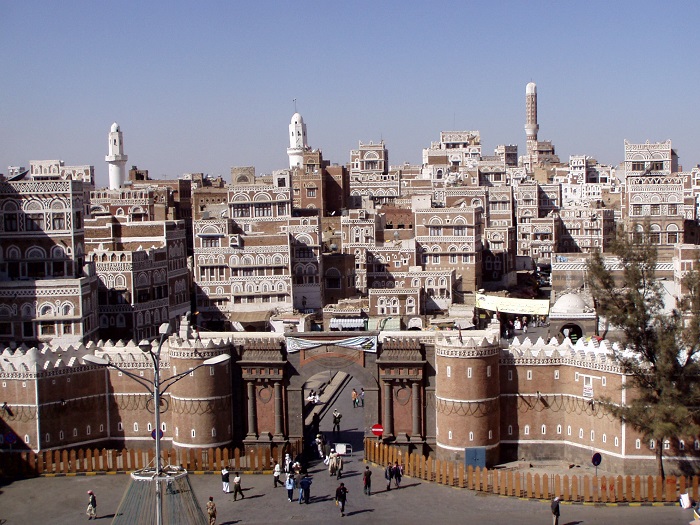 Being part of the old fortified wall in the city, when translated it literally means “Gate of the Yemen”, and still it remains a noisy hub of activity as merchants attempt to sell wares as they did in the past of every description, day and night. 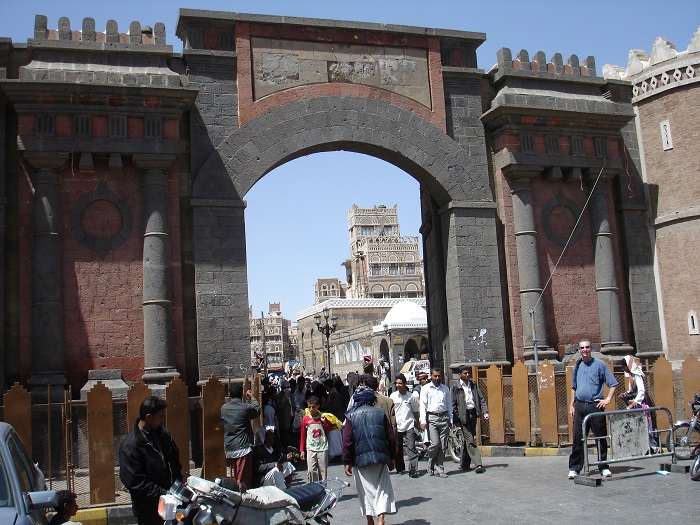 The current design is considered to be built in 17 century by the Turks, and once standing in front of it, instantly one can notice the splendid Yemeni architecture with the high towering houses made of baked bricks decorated and waterproofed with lime plaster and qadad. 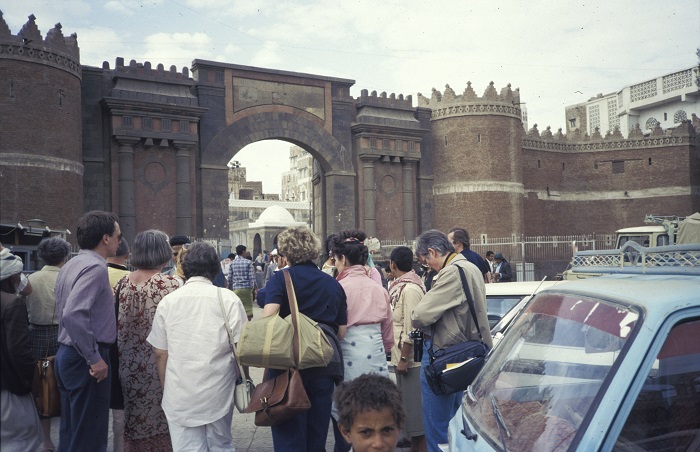 Sadly, in 2015 some of those buildings were destroyed by a Saudi-led airstrike, which fortunately did not affect much Bab al-Yaman. The gate is decorated impressively with colorful tiles, and there are two pairs of columns standing on each side holding the “bridge” that connects the old wall.

As the old city of Sana’a is inscribed in the UNESCO World Heritage List, Bab al-Yaman too is part of that list, which enjoys great attention by the world, with hope that the conflicts in Yemen would not affect negatively to the condition of this alluring and very old masterpiece. 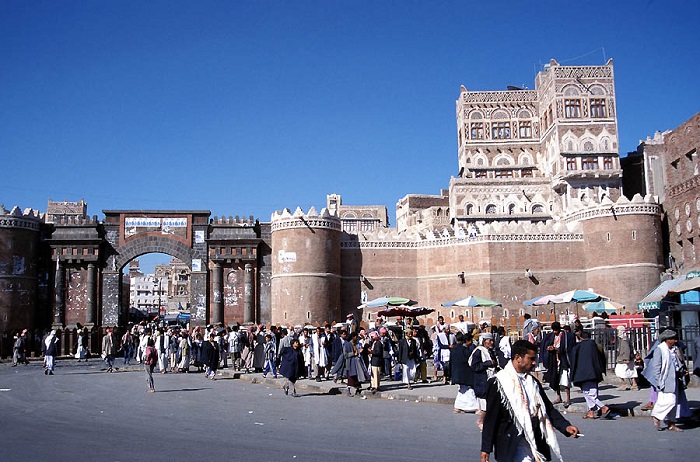