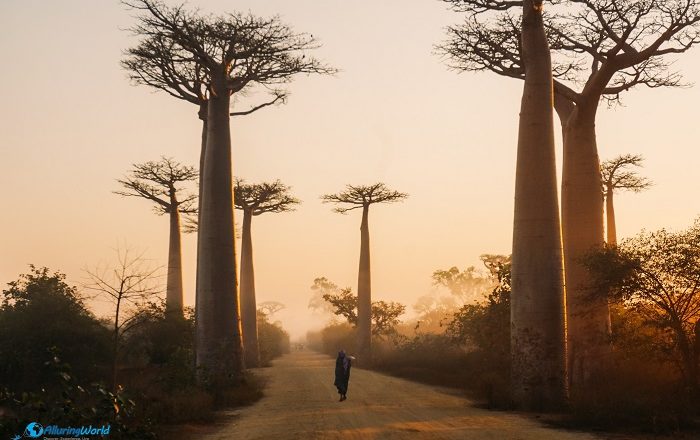 The Avenue of the Baobabs, sometimes referred to as the Alley of the Baobabs, is small dirt road where on each side of it a prominent group of Grandidier’s Baobabs can be seen, and it is located between Morondava and Belon’i Tsiribihina in the Menabe Region, within the western part of the Republic of Madagascar. 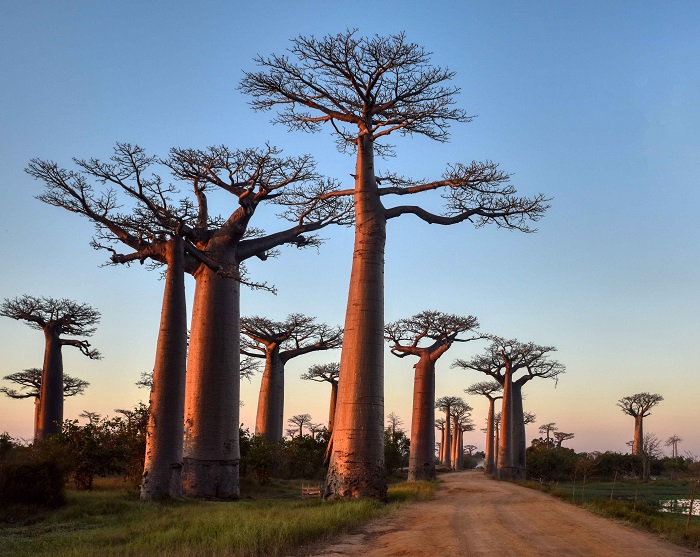 These centuries old trees are certainly among the rare and ancient trees that can be seen in the island nation, and as they are lining both sides of the road, they create a simple and unique, yet captivating landscape that should be considered as Madagascar’s first natural monument. 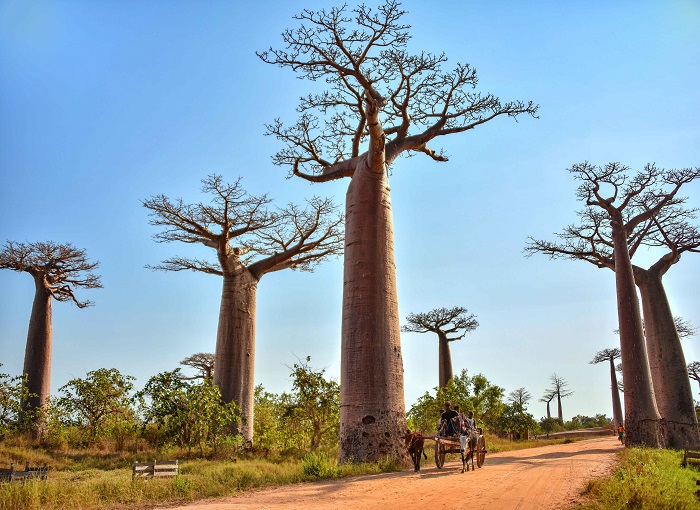 Even though the road that connects these two cities is longer, the more interesting part that features the baobabs is some 260 meters (850 feet) long and it is located in the Protected Area of the Alley of the Baobabs that enjoyed the temporary protected status by the Ministry of Environment, Water and Forests from July 2007, and since July 2015 it enjoys the title of natural monument that is under conservation. 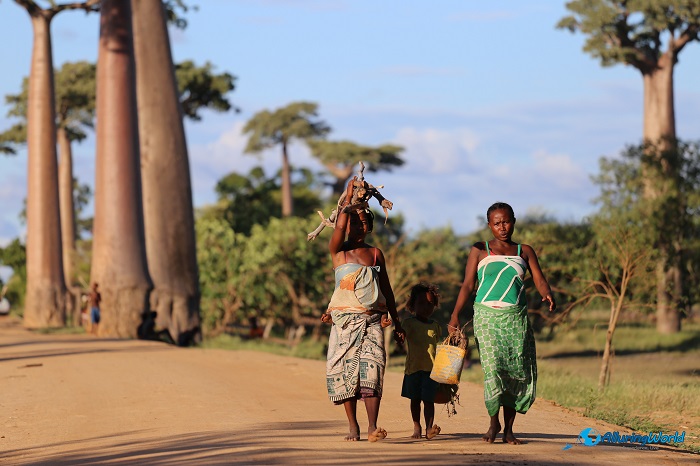 In addition to these trees, there are additional 25 and more trees of the same species that grow over nearby rice paddies and meadows, both of which are some 30 meters (98 feet) in height, making them one of the tallest creations done by the nature. 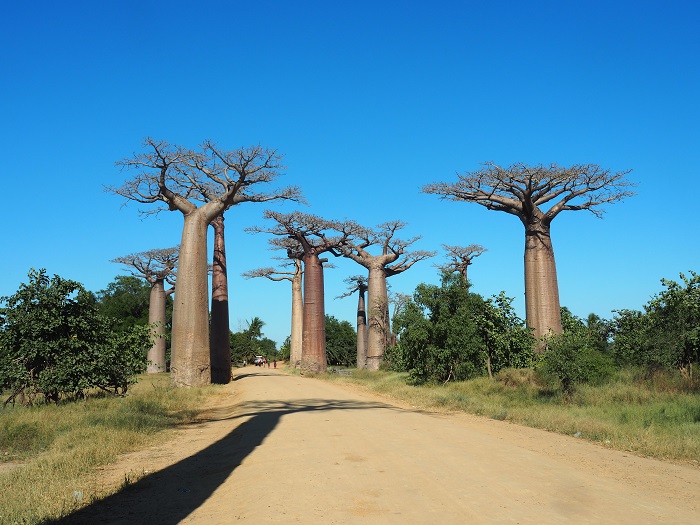 Being endemic to Madagascar, the Baobabs are considered to be up to 2,800 years old, and probably they are a legacy of a tropical forest that once upon a time thrived on the large African island, making them sole survivors of the harsh climate change and population growth that cut the forest within which the baobabs were located as well. 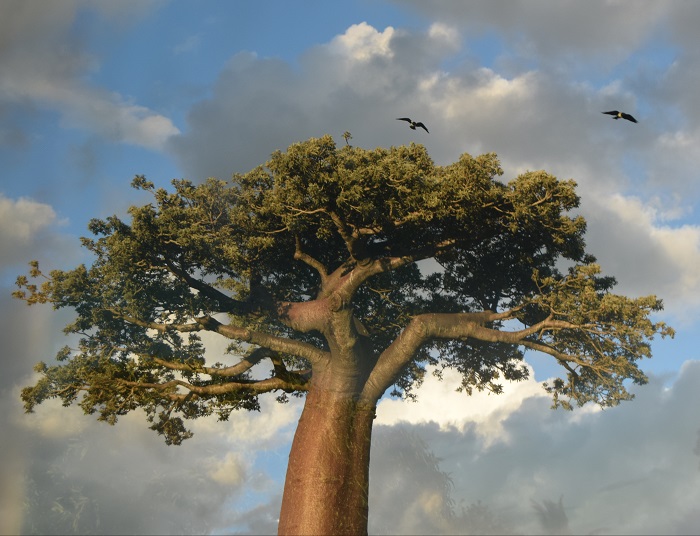 Nowadays, thanks to the local conservation efforts, mainly thanks to the Fanamby NGO, the area is some 3 sq km (1 sq mi) large, and additionally to the efforts of protecting the area, it also takes care of the baobabs nursery for reforestation projects. 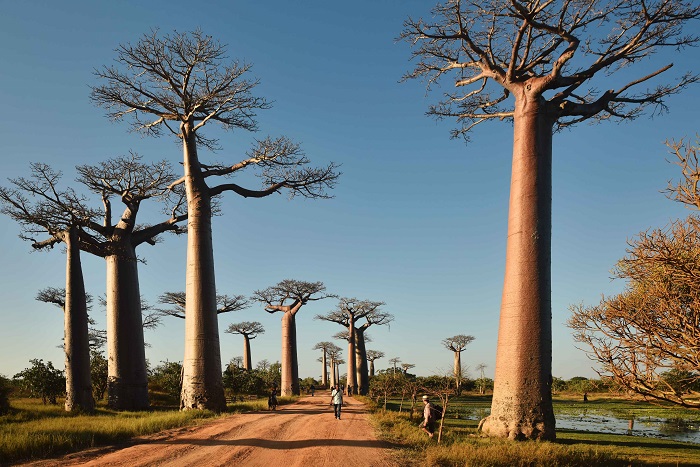 With the ongoing work, there are around 330 new baobabs rising slowly towards the sky, making the avenue a true magical attraction, not only for photographers from all around the world, but also the locals who are preparing themselves for the future visitors. 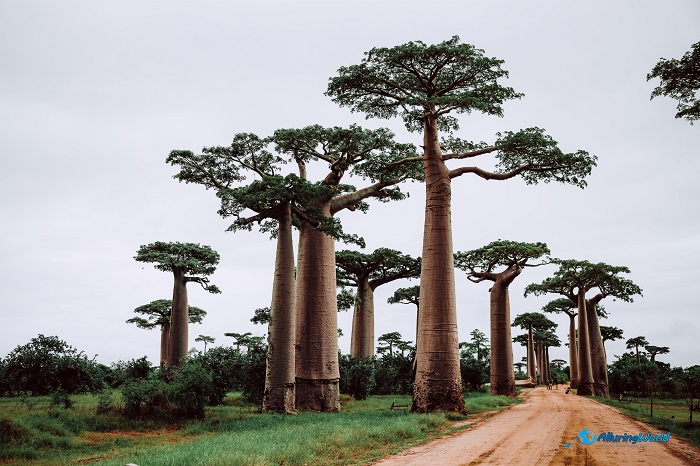 Furthermore, as the nature plays with the trees, there is Baobab Amoureux, better known as Baobab of Love, where two notable endemic species of Adansonia za baobabs have twisted to each other as they grew. There is even a local legend about them which symbolizes an impossible love between a young man and young woman of the nearby village. 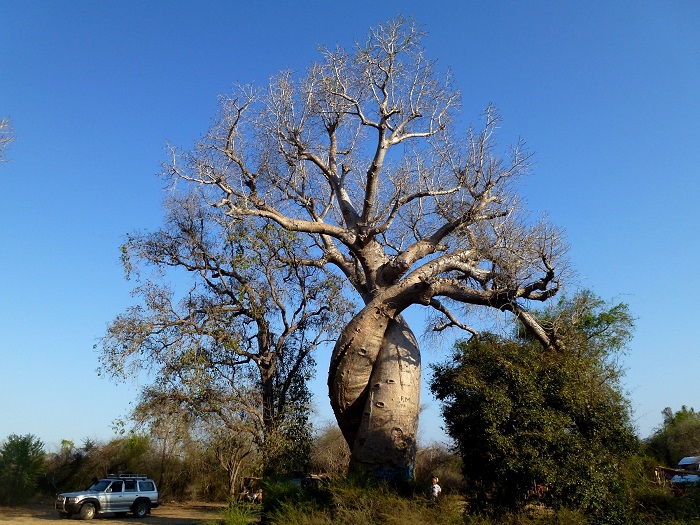 Even though they had designated partners, and had to marry separately in their own villages, they dreamed of the life and child that they would have had if they were together, asking the help of their God. From their passion and will, the two baobabs were born and nowadays live for eternity as on as the couple always wished. 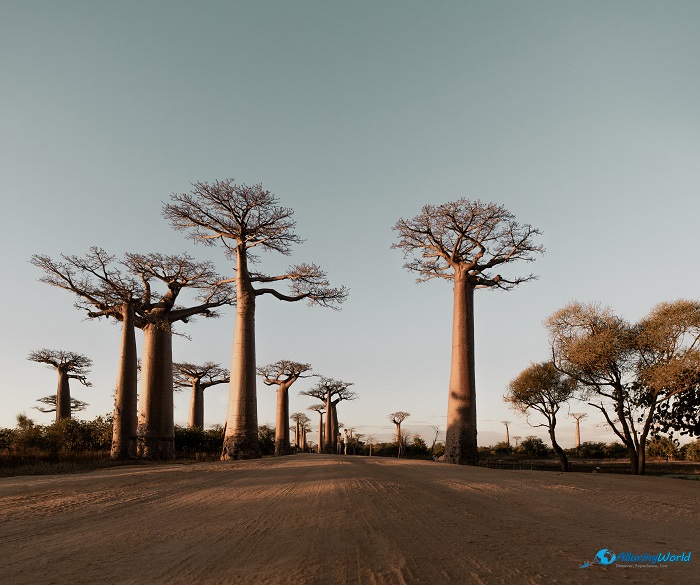 All in all, the Avenue of the Baobabs is definitely something that is becoming more popular with the tourists visiting Madagascar, and if there will be more baobabs that will grow as tall as the old ones, then for certain this will be become one of the greatest attractions that would be well worth the visit. 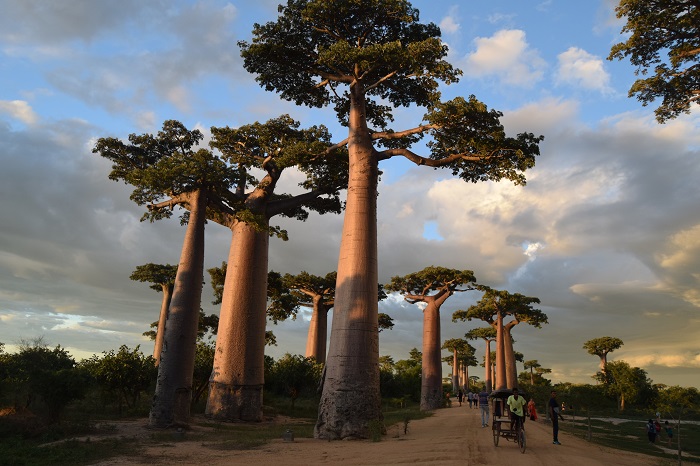 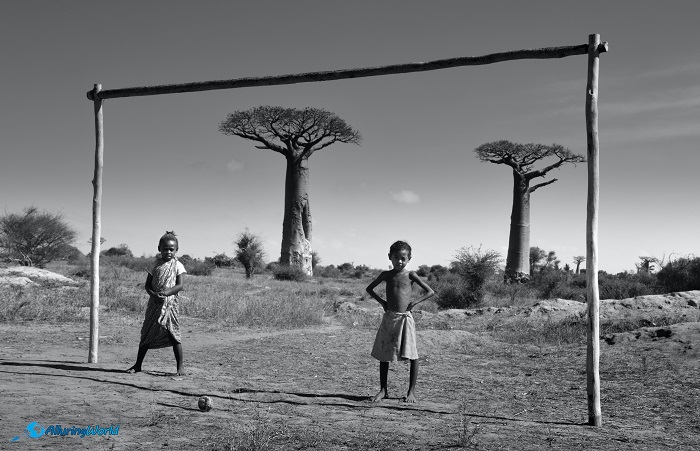