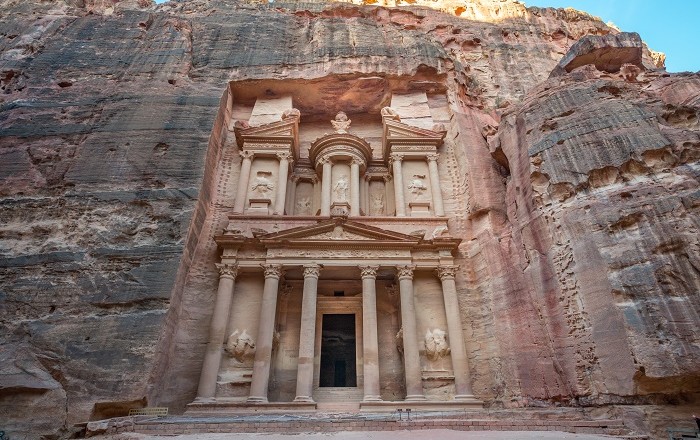 Al-Khazneh is one of the most elaborate temples in the ancient Arab Nabatean Kingdom city of Petra in Jordan. Situated between the Red Sea and the Dead Sea and inhabited since prehistoric times, the rock-cut capital city of the Nabateans, became during Hellenistic and Roman times a major caravan centre for the incense of Arabia, the silks of China and the spices of India, a crossroads between Arabia, Egypt and Syria-Phoenicia. 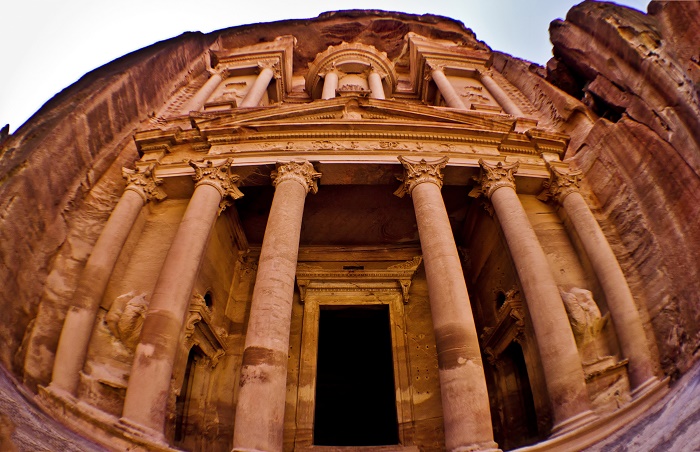 Following the classical Greek-influenced architecture, this amazing structure has been carved out of a sandstone rock face. Originally built as a mausoleum and crypt at the beginning of the 1st Century AD during the reign of Aretas IV Philopatris, the temple gets its name Al Khazneh, which means Treasury, from one legend that bandits or pirates hid their loot in a stone urn high on the second level. 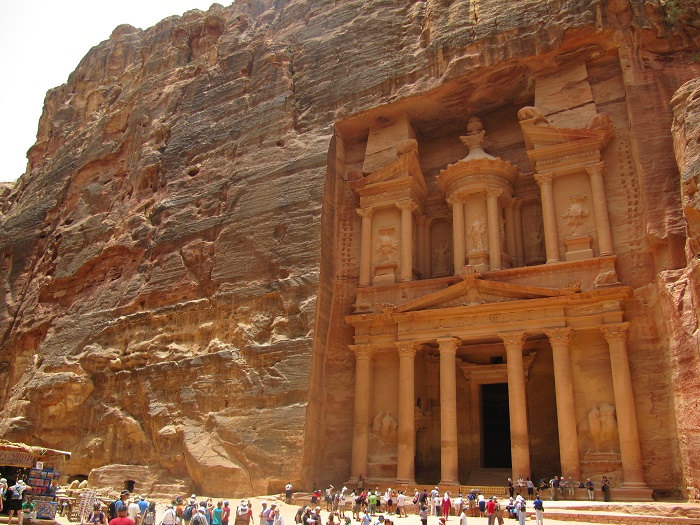 Another legend states that it functioned as a treasury of the Egyptian Pharaoh at the time of Moses (Khaznet Far’oun). Because long time has passed since its construction, many of the building’s details have eroded away with the years. The sculptures are probably of various mythological figures associated with the afterlife. On top are figures of four eagles that would carry away the souls, and the figures on the upper level are dancing Amazons with double-axes. 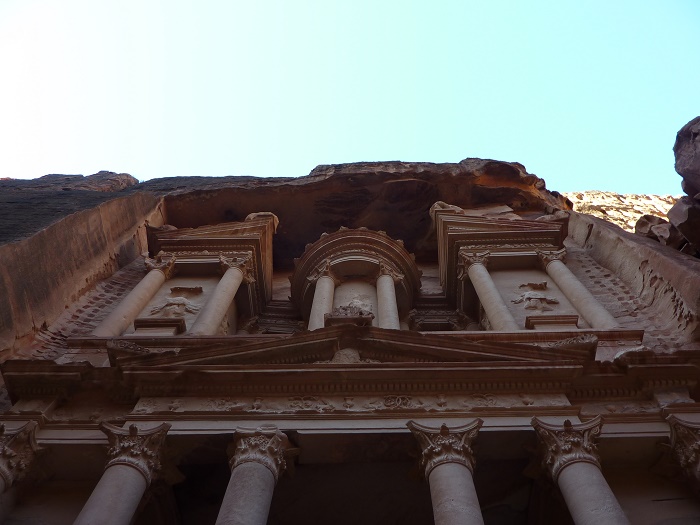 At the entrance, there can be seen statues of the twins Castor and Pollux who lived partly on Olympus and partly in the underworld. As it was rediscovered in 1812 by the Swiss explorer Johann Ludwig Burckhardt, nowadays it is an important tourist spot for the Hashemite Kingdom of Jordan.

However, with the influx of many tourists, and the result of the high humidity from them, some damage can be caused to the dry sandstone. White spots have appeared on walls and columns from stearic acid deposition due to hands resting against the walls, and the surface itself has receded by 40 mm (1.6 in) in less than ten years from touching, leaning, or rubbing on the walls of the Khazneh. 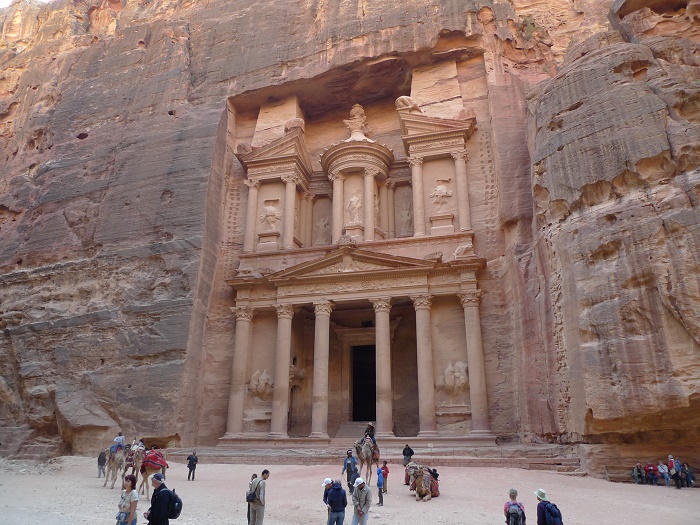 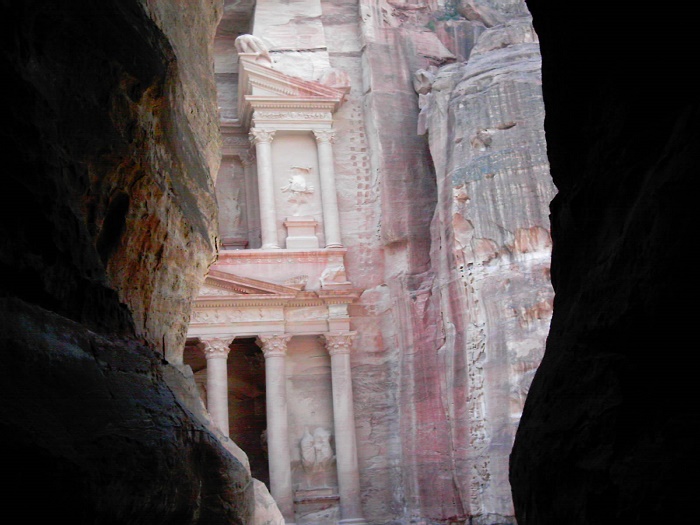 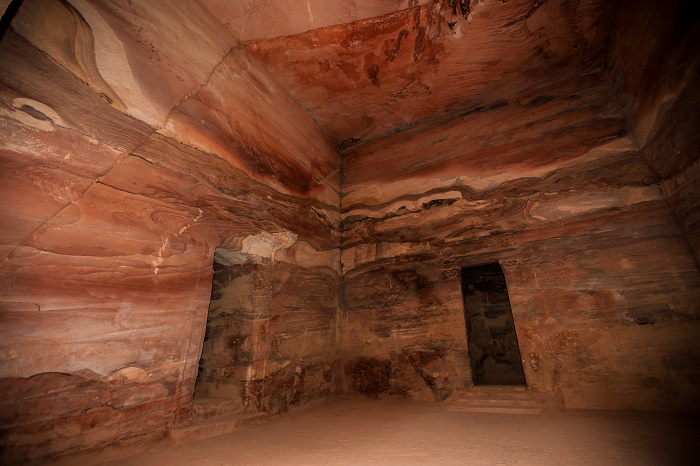 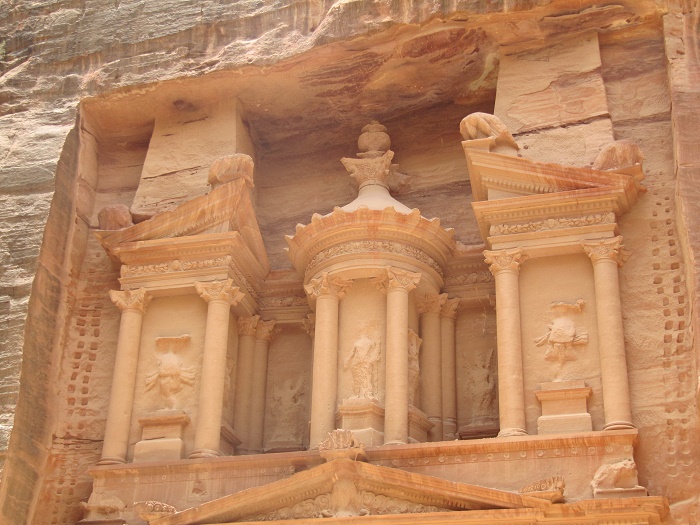 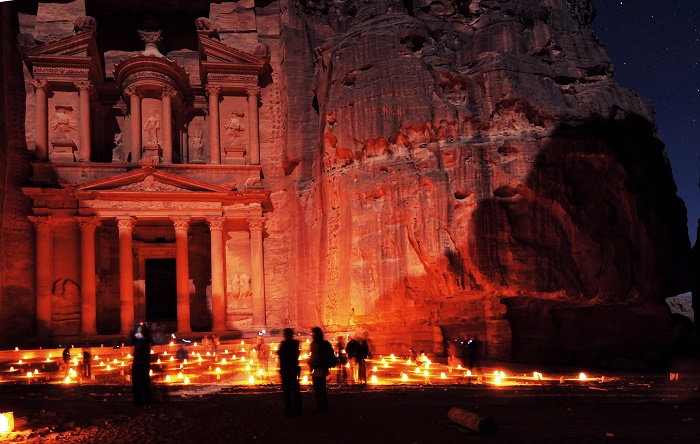 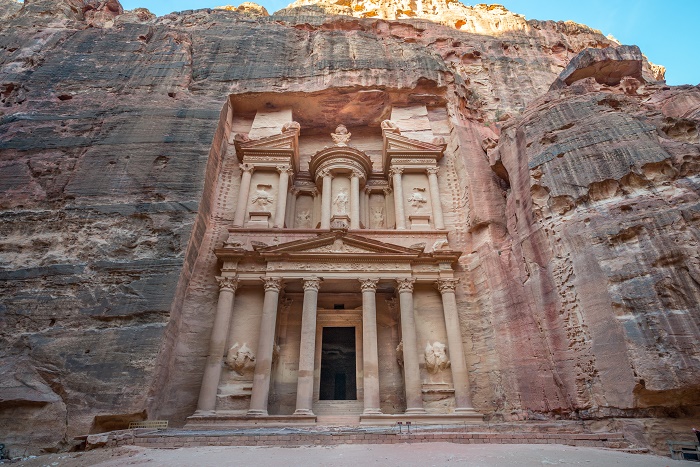