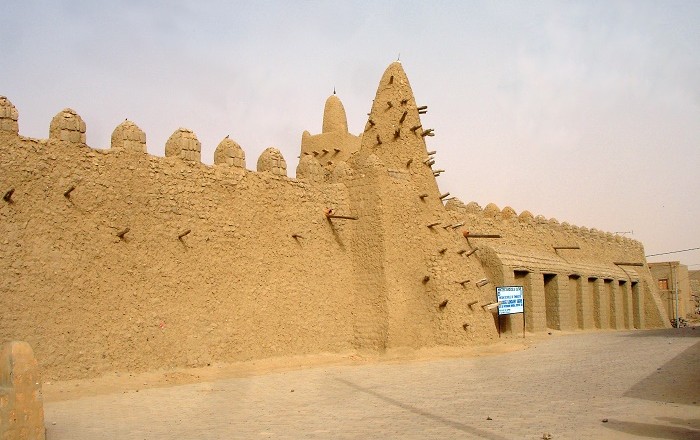 Timbuktu is a historical and still-inhabited city in the West African nation of Mali. Situated 20 km (12 mi) north of the River Niger on the southern edge of the Sahara Desert serving as a gateway, the town is the capital of the Timbuktu Region, one of the eight administrative regions of Mali. 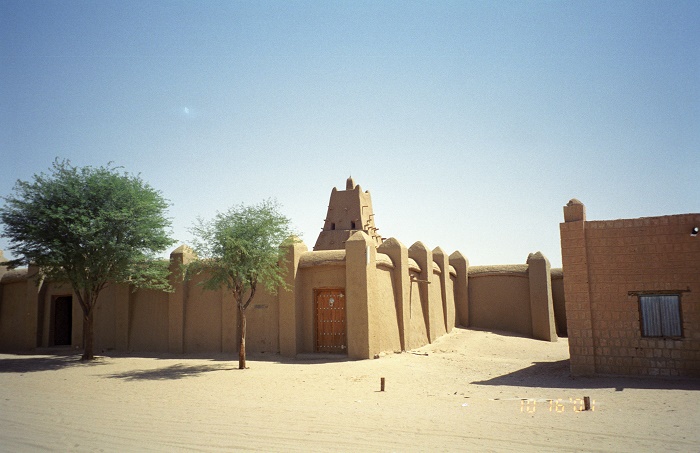 Founded in the 5th century, the economic and cultural apogee of Timbuktu came about during the15th and 16th centuries. Most people think of Timbuktu as the remotest place on earth. Others even think of Timbuktu as being a legend or place which existed only in people’s imagination. Timbuktu was founded by the Tuareg Imashagan or Kel Tamasheq in the 11th century. 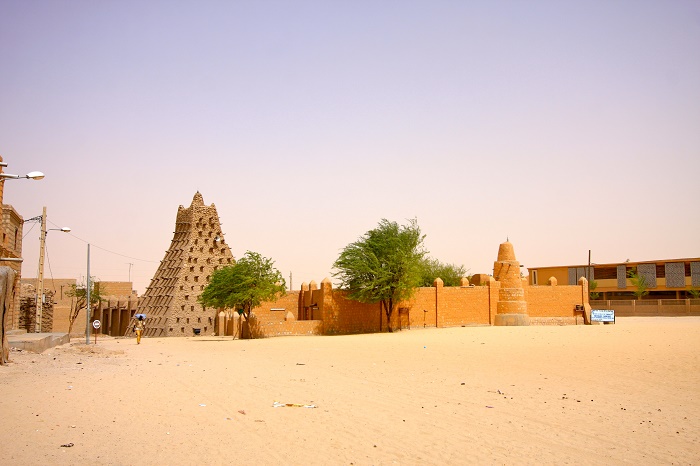 The Kel Tamasheq roamed the desert during the rainy season in search of grazing lands for their herds and camels. During the dry season, however, they camped a few miles from the Niger river in search of water and grass for their live stock. Whenever the desert becomes green, the Tuareg will leave their heavy goods with an old Tamasheq women called Tin Abutut who shortly thereafter became a warehouse or a depot for commercial goods transiting from the desert. The city of Timbuktu has taken its name from this famous black lady. 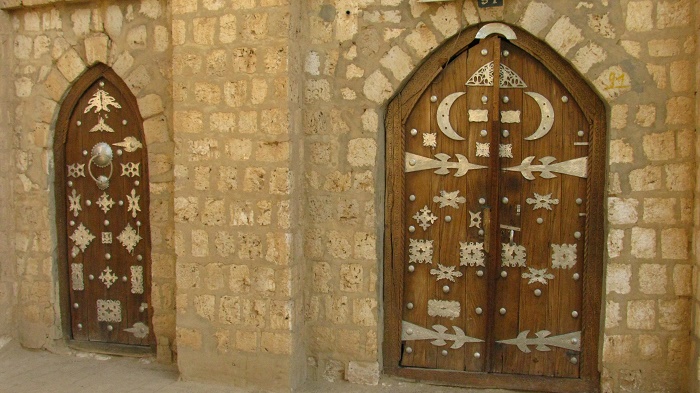 However, Timbuktu flourished as a result of its strategic position. It is here in Timbuktu that African merchants from Djenne traded with the Kel Tamasheq nomads and the Arabs from the north. The Kel Tamasheq and the Jenne Merchants were the first settlers of Timbuktu. 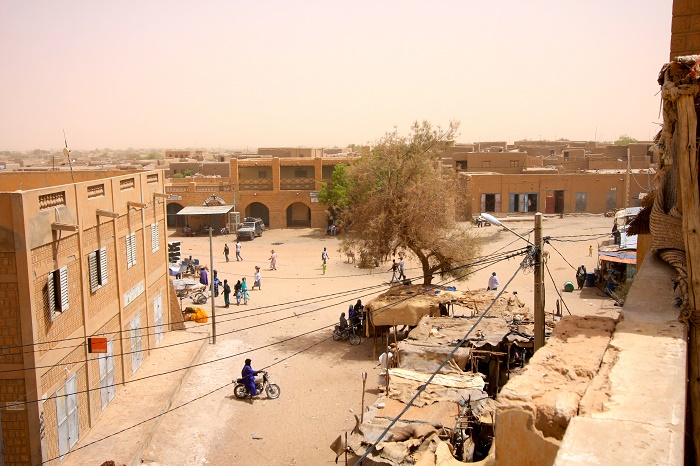 The Adobe structure of the houses in Timbuktu was the product of African and Arabs architecture. Trade and knowledge were at their height. The capture and destruction of the empire of Ghana by the king of Sosso cause a mass exodus of scholars from Walata to Timbuktu. By the 12th century, Timbuktu became a celebrated center of Islamic learning and a commercial establishment. Timbuktu had a university with three main renown departments and 180 Quranic schools. 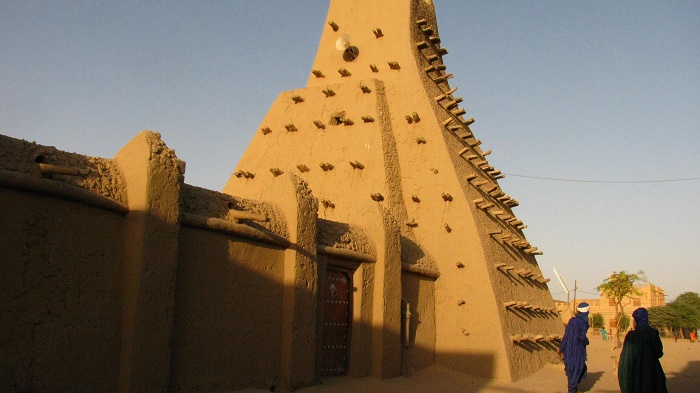 These are the department of Sankore, the department of Jingaray Ber and the department of Sidi Yahya. The Djingareyber Mosque, the initial construction of which dates back to Sultan Kankan Moussa, returning from a pilgrimage to Mecca, was rebuilt and enlarged between 1570 and 1583 by the Imam Al Aqib, the Qadi of Timbuktu, who added all the southern part and the wall surrounding the cemetery located to the west. 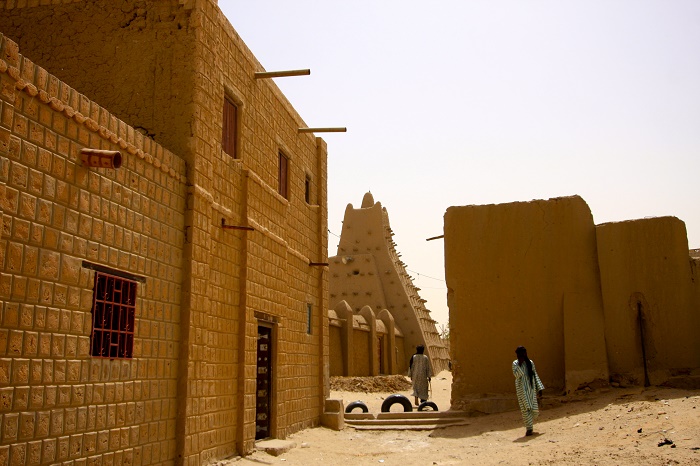 The central minaret dominates the city and is one of the most visible landmarks of the urban landscape of Timbuktu. Built in the 14th century, the Sankore Mosque was, like the Djingareyber Mosque, restored by the Imam Al Aqib between 1578 and 1582. 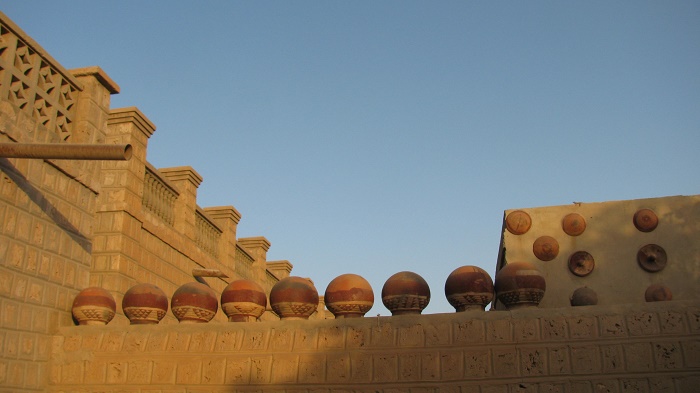 He had the sanctuary demolished and rebuilt according to the dimensions of the Kaaba of the Mecca. The Sidi Yahia Mosque, to the south of the Sankore Mosque, was built around 1400 by the marabout Sheik El Moktar Hamalla in anticipation of a holy man who appeared forty years later in the person of Cherif Sidi Yahia, who was then chosen as Imam. 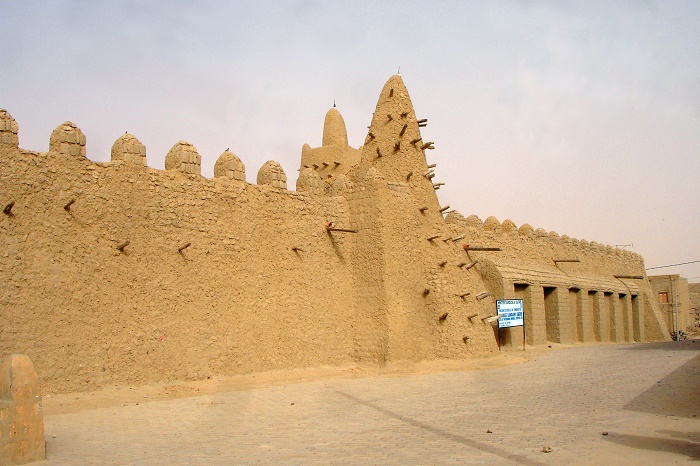 The mosque was restored in 1577-1578 by the Imam Al Aqib. The three big Mosques of Djingareyber, Sankore and Sidi Yahia, sixteen mausoleums and holy public places, still bear witness to this prestigious past. The mosques are exceptional examples of earthen architecture and of traditional maintenance techniques, which continue to the present time. 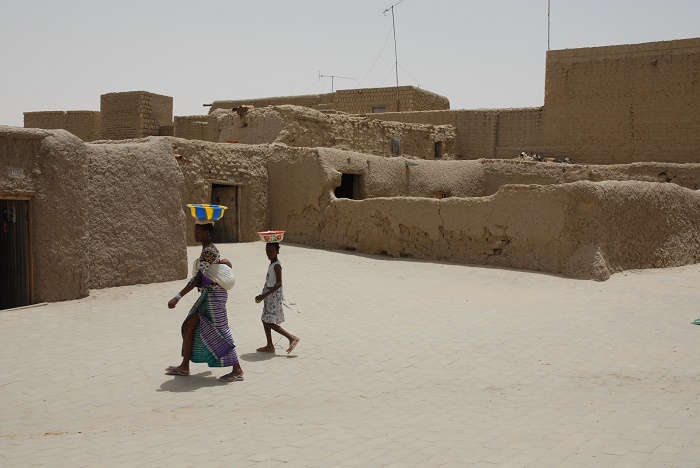 Most tourists visit Timbuktu between November and February when the air temperature is lower. In the 1980s, accommodation for the small number of tourists was provided by two small hotels: Hotel Bouctou and Hotel Azalaï. Over the following decades the tourist numbers increased so that by 2006 there were seven small hotels and guest houses, but with the terrorist attacks and kidnapping of tourists, the number was lowered to only around 500 in 2011. Still, this town is one of the most amazing that there are on the planet Earth. 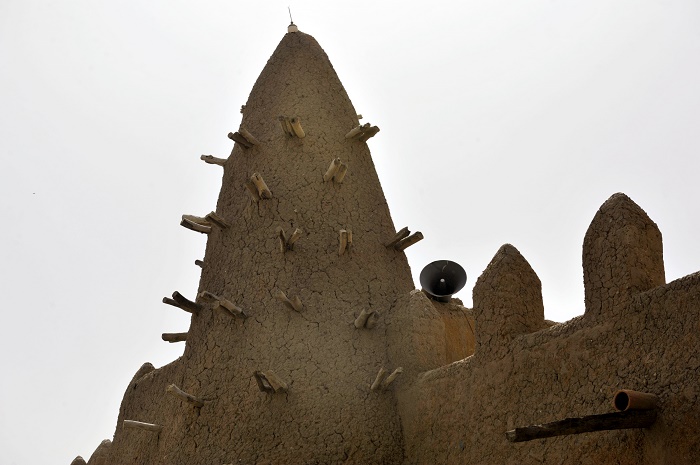