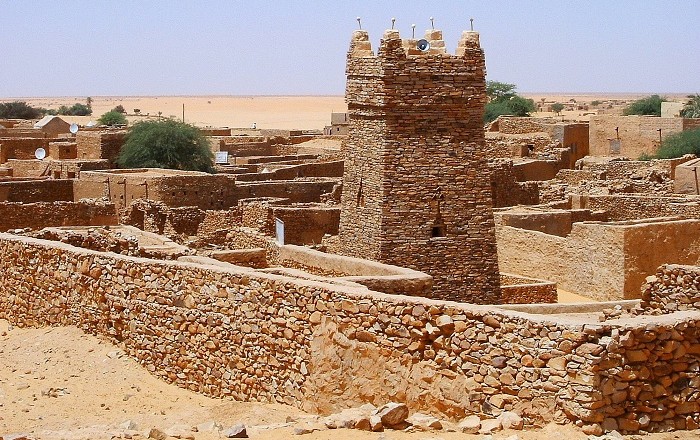 Chinguetti Mosque is a medieval mosque that features a prayer room with four isles, a double-niched mihrab, and a courtyard, located in the ancient site of worship Chinguetti, today in Mauritania. Chinguetti is the oldest Muslim founded city in the Western Sahara, and while earlier civilizations did exist on the site, it wasn’t until the 11th century that Berber tribes reorganized Chinguetti as a trading center. 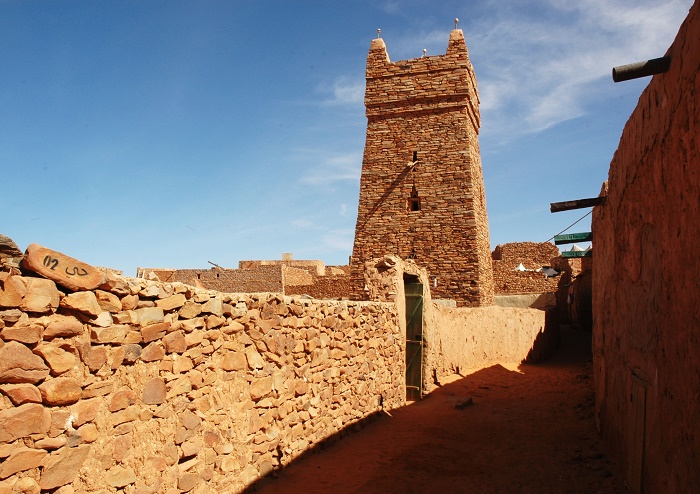 Right around the time of its founding, Chinguetti was absorbed into the empire of the Almoravids which sprawled from Senegal to Spain. It would later be dominated to a lesser extent by the Almohads. During both periods, which lasted until the 13th century, Chinguetti remained a relatively quiet frontier town on the southwestern fringe of Muslim civilization. 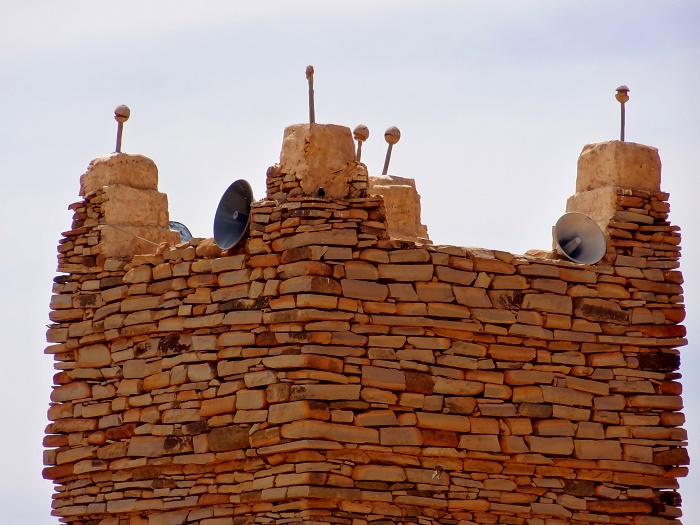 After the decline of the Almohads, Chinguetti experienced a significant renaissance. Islam was quickly expanding towards the west coast of Africa, and Chinguetti was rebuilt as a major transit center. It was around this time that the Masjid Chinguetti, also known as the Friday Mosque, was built, apparently on the site of an earlier mosque. 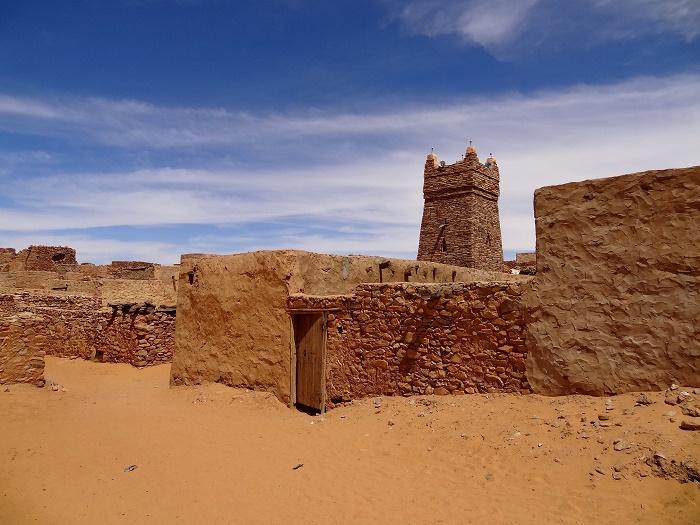 It was, for a time, the largest and most important mosque in the Sahara, and its construction cemented the religious importance of the city. The Mosque was built more precisely between 13th and 14th century, with a minaret which is believed to be the second oldest in continuous use anywhere in the Muslim world. 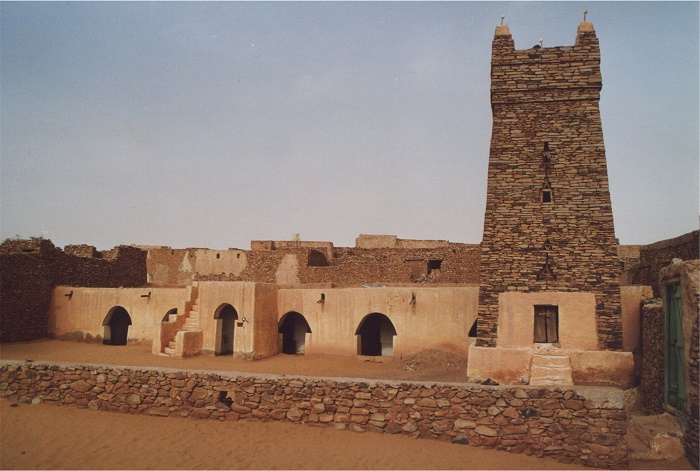 Surrounded and sometimes nearly engulfed by the shifting dunes of the western Sahara, the mosque is under constant threat from climate change. In addition, as a constant concern are the flash flooding and the subsequent erosion, which makes it really important for the governments around the world to pay more attention to the weather shifting and also the desertification of the lands. 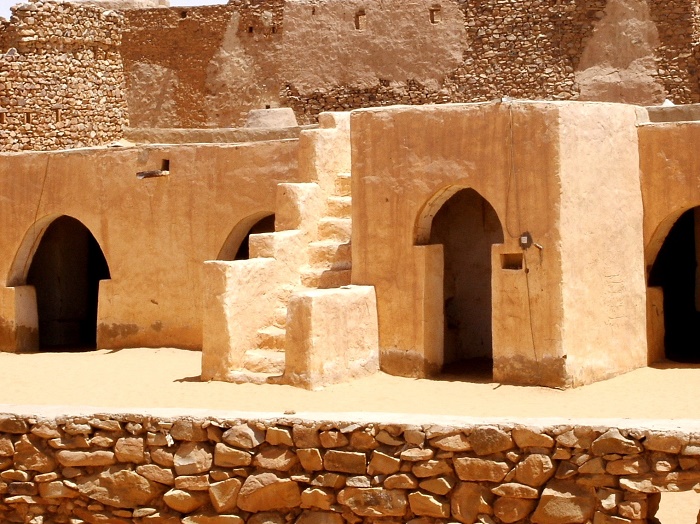 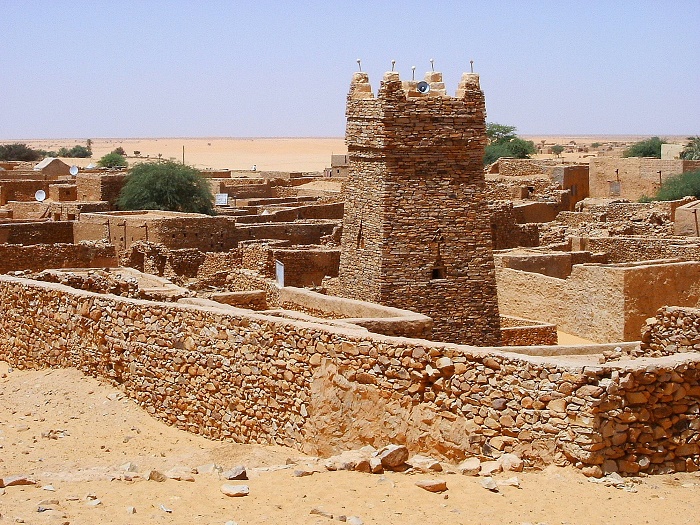 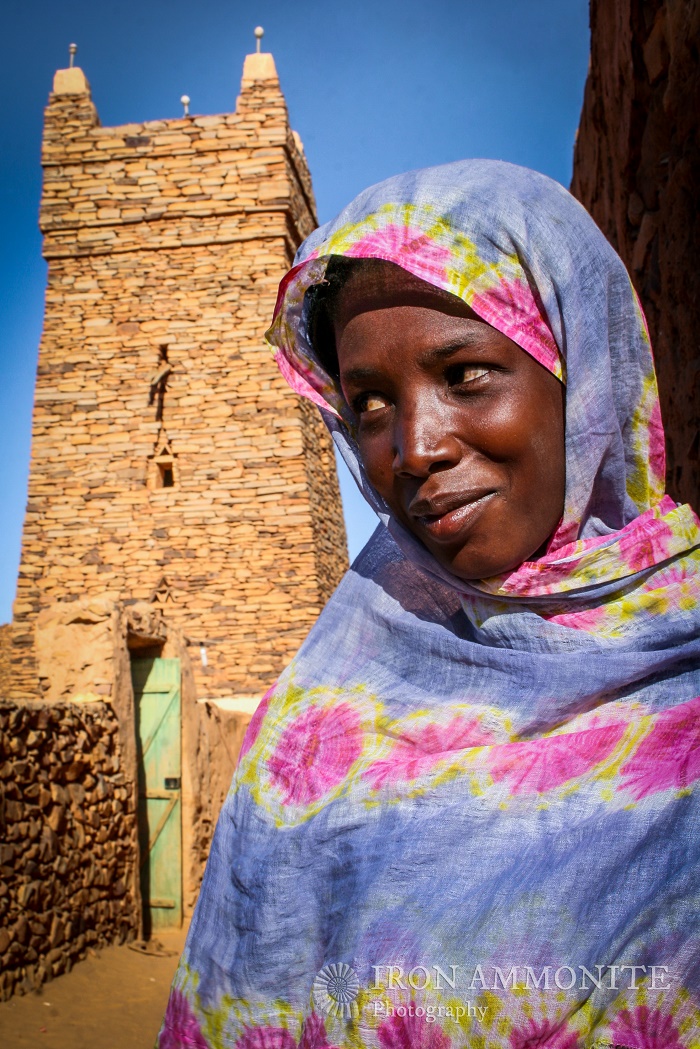 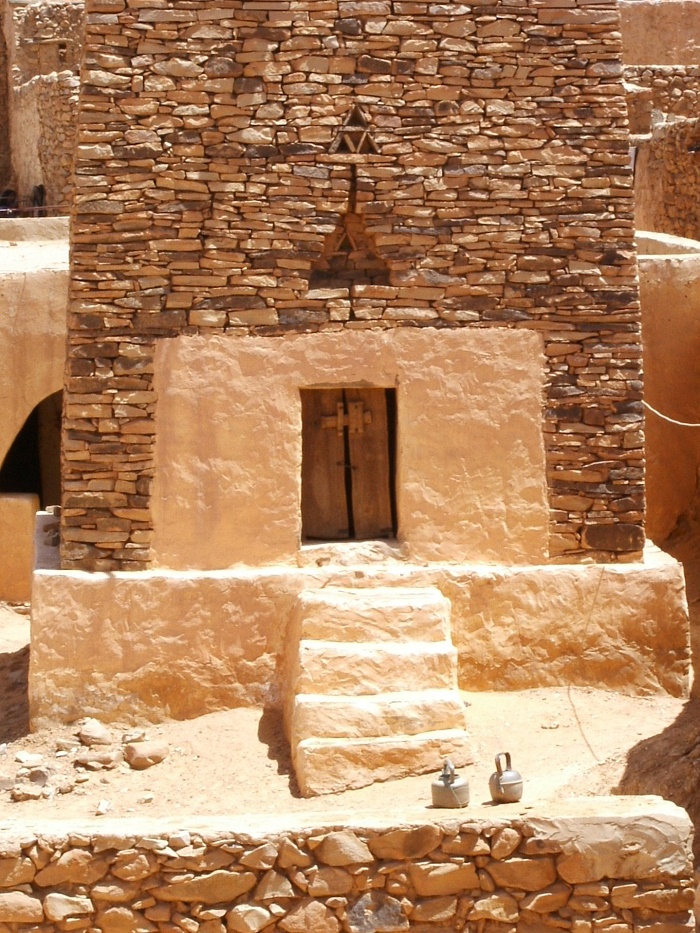