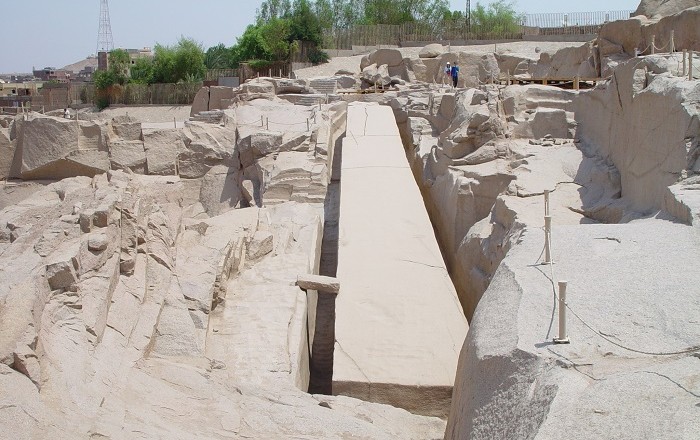 The Unfinished Obelisk, as it is the official name, is the largest known ancient obelisk that has not been finished, located in the stone quarries of ancient Egypt, nowadays in the Aswan Governorate of the Arab Republic of Egypt. 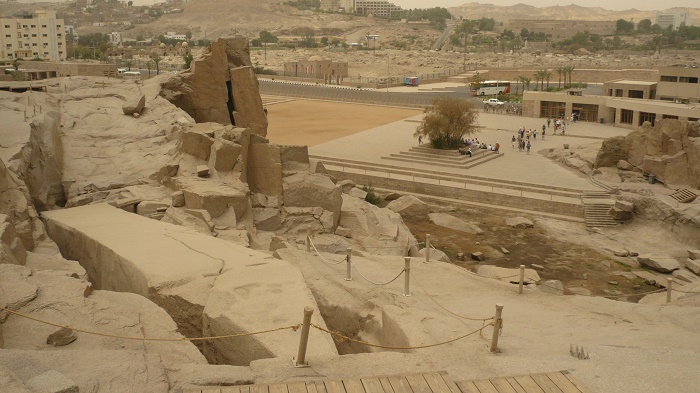 This very known obelisk which is considered to be taller than any other known obelisk in the ancient world, was most likely abandoned when fractures have appeared on the sides of this massive stone structure, and as it is still attached to the bedrock, the scientists had a better view of how this monuments were built in the ancient past. 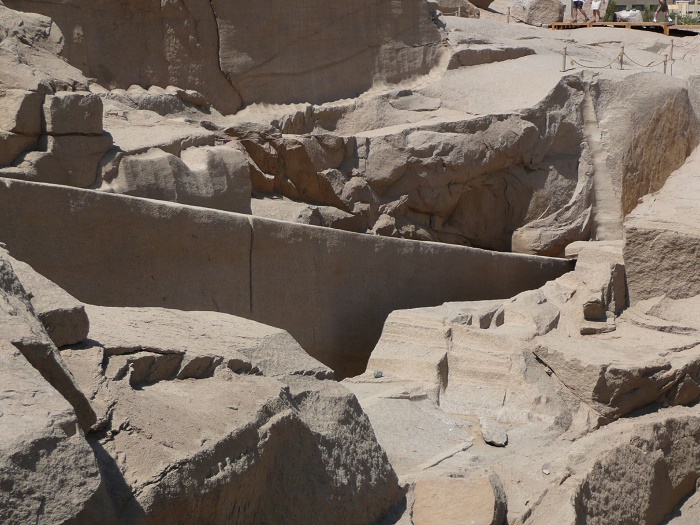 Even though it was intended to be an obelisk, with the cracks on the middle of the stone, the stone had no reusable value to the stonemasons of the day. If the Unfinished Obelisk has been erected, it would have reached a height of around 42 meters (138 feet), with an estimated weight of some 1,200 tons. 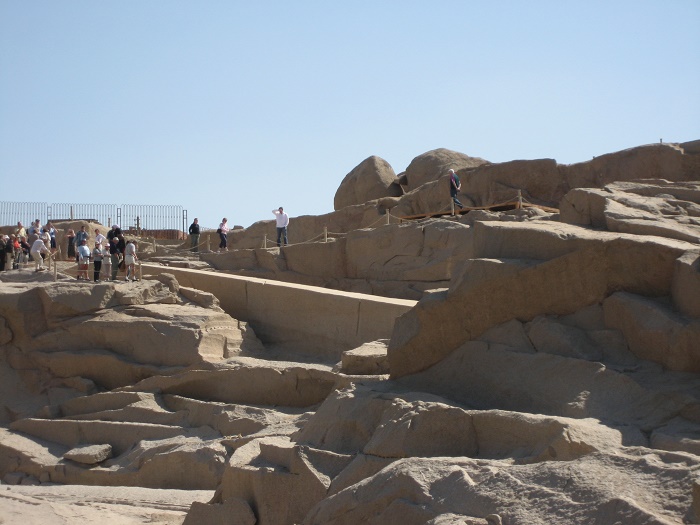 Historians say that the large granite rock was ordered by Hatshepsut, the fifth pharaoh of the Eighteenth Dynasty of Egypt, most likely to complement the Latern Obelisk that was standing at first at the Karnak Temple Complex, but nowadays at the Lateran Palace which is part of the Archbasilica of St. John Lateran in Rome, Italy. 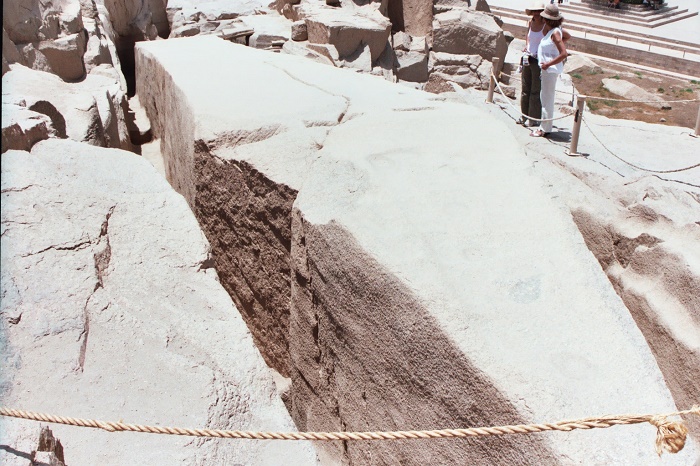 What is interesting is the base of the obelisk which is still attached to the bedrock of the granite quarry, and there are still visible scratches from the work of the people who were in charge of the construction. 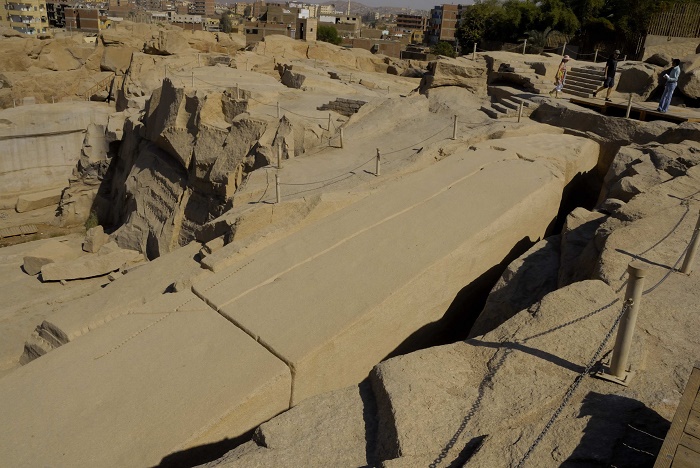 It has been discovered that the ancient Egyptians used small balls of a harder mineral than granite, which is called Dolerite, as ball-bearings to cut through the rocks, giving it the shape we see today. Offering rare insight into the working techniques, there are plenty of people who are flocking to the site to see the impressive open air museum which is officially protected by the Egyptian Government as an archaeological site. 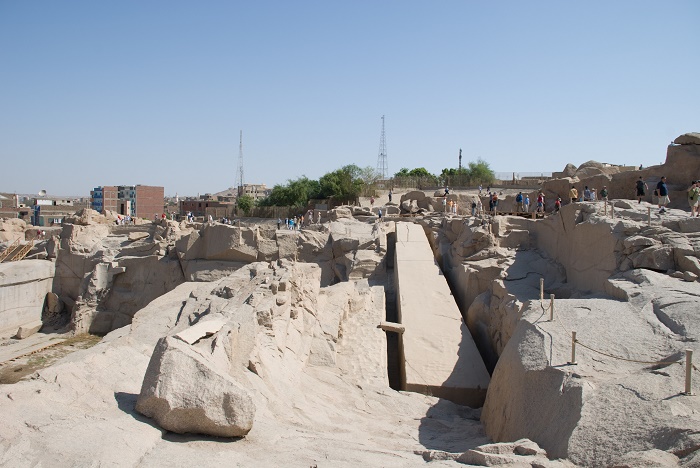 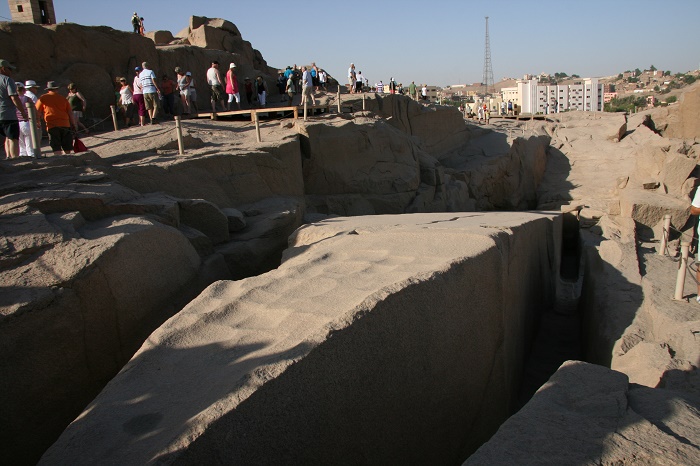 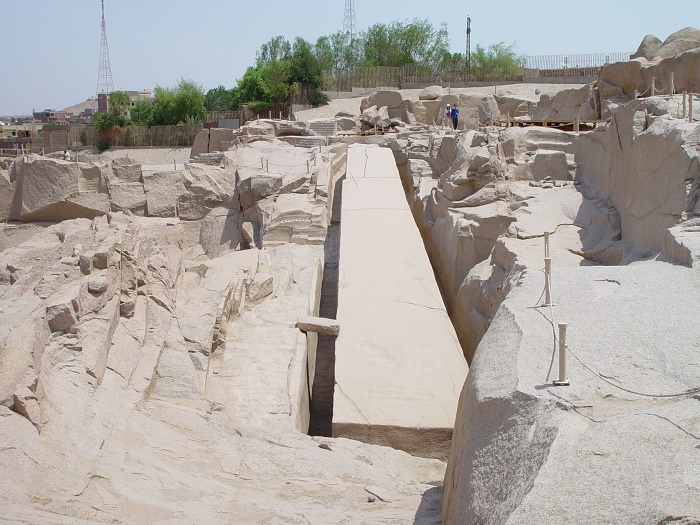