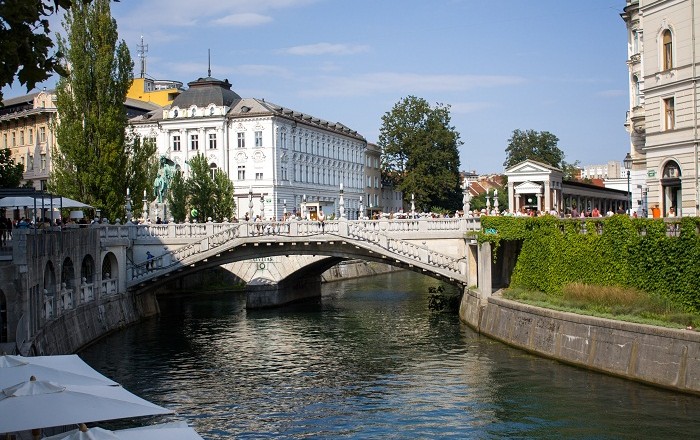 Triple Bridge is a group of bridges which has three bridges over the Ljubljanica River, in the capital city of the Republic of Slovenia, Ljubljana. The construction material from what the bridges were built are: Glinica limestone, concrete, artificial concrete and granite blocks. 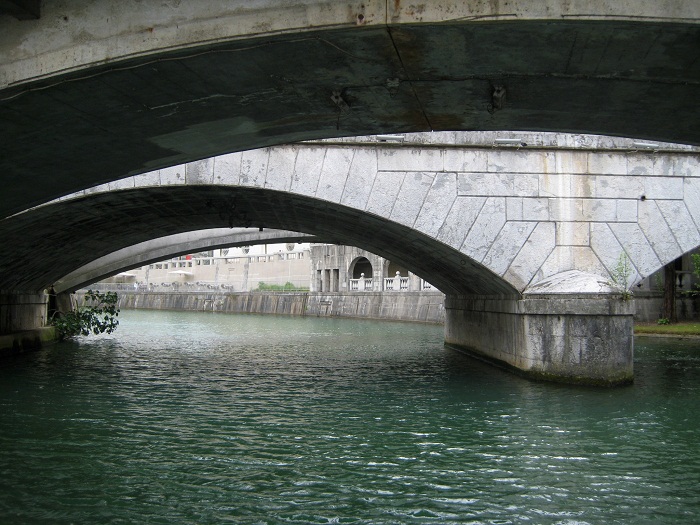 The first mention of the bridges was in 1280, where supposedly they were built out of wood. Also, since then it was a single one bridge, it was known as the Old Bridge, and later the Lower Bridge. In 1842 the bridge is replaced with a new bridge which was designed by the Italian architect Giovanno Picco. 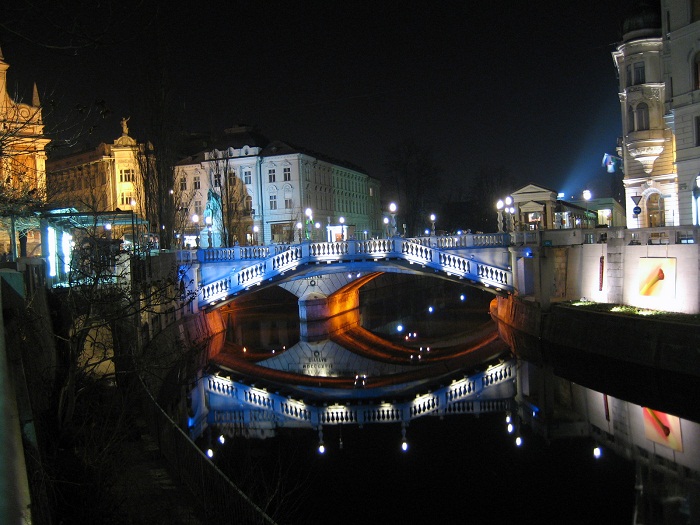 The main important features of the bridge still exist today, which is evidenced by the inscribed dedication to the archduke above its central pier, reading in Latin “ARCHIDVCI. FRANCISCO. CAROLO. MDCCCXLII. CIVITAS.”, which means “To Archduke Franz Karl in 1842 by the Town”, also naming it Franz’s Bridge. 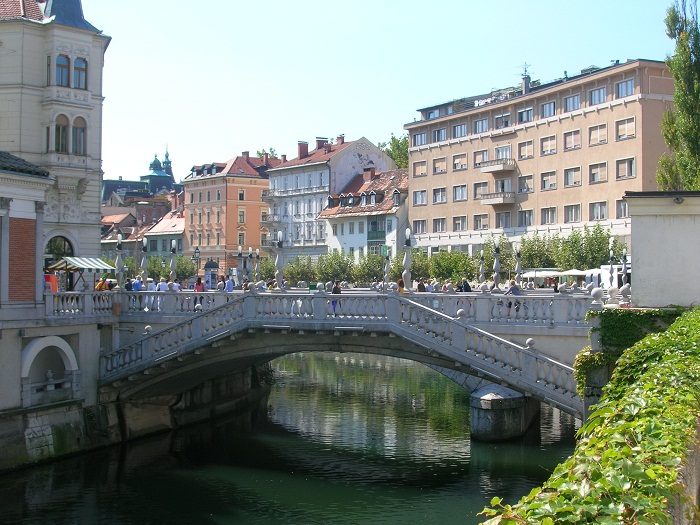 In 1929 the architect Jože Plečnik  has designed an extension of the bridge, building two additional footbridges. As they are in the city center of Ljubljana, it was obvious that it was necessary for the additional two bridges, since it was possible the 1842 stone bridge could become a bottleneck. 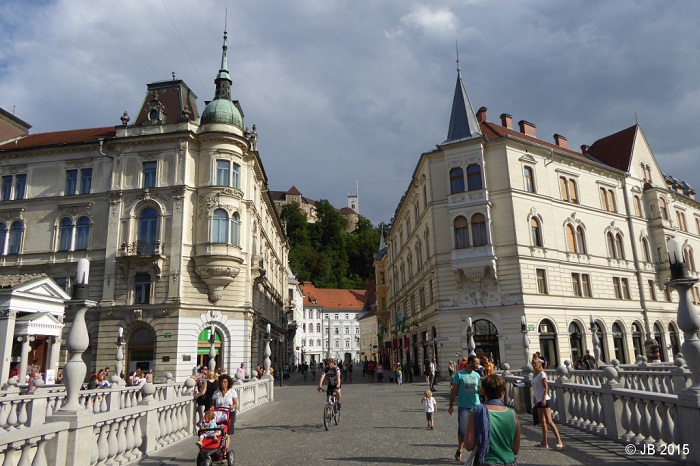 The construction of the two bridges began in 1931 and continued up until spring 1932. The official opening of the bridges was in April 1932. Nonetheless, since 2007 all three bridges have been made pedestrian-only bridges, and they are quite the big landmark of the capital city. 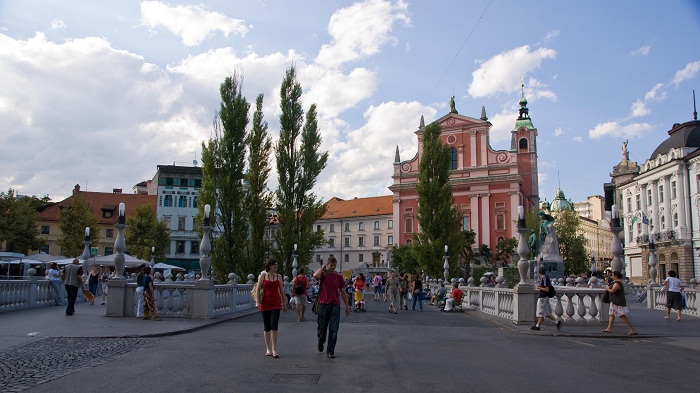 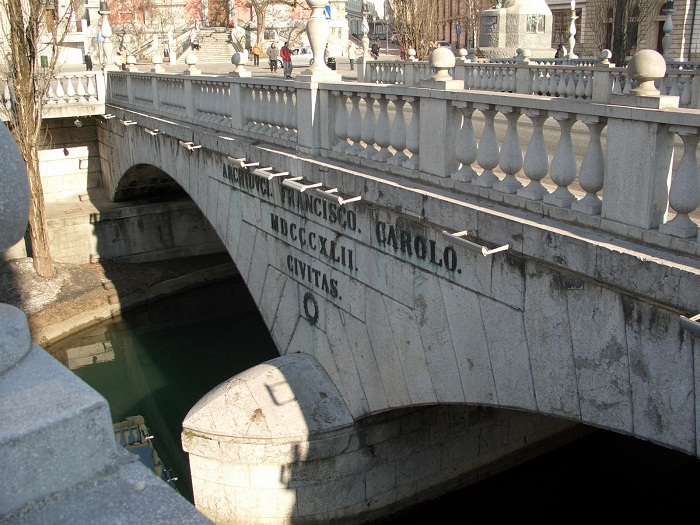 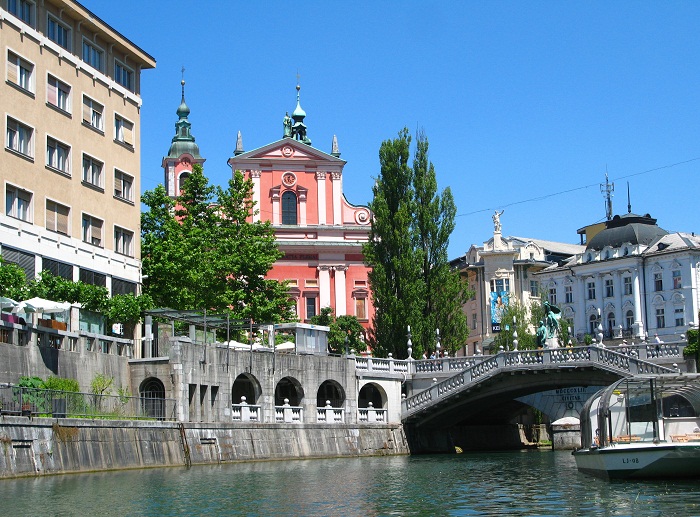 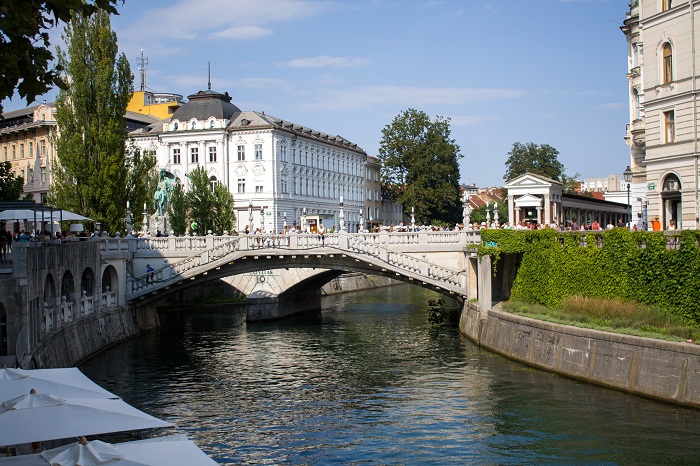 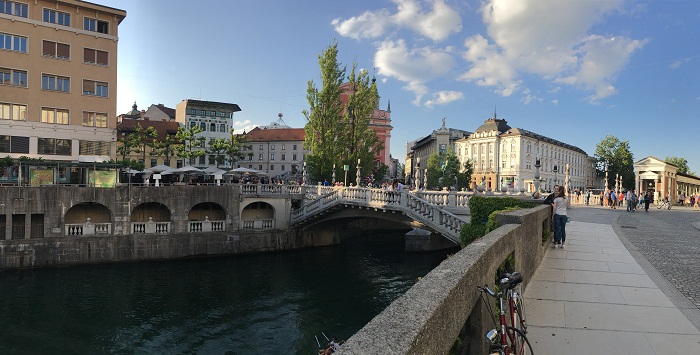 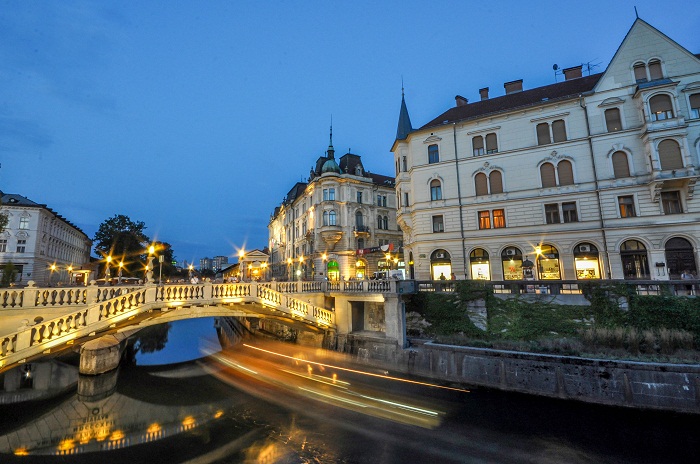