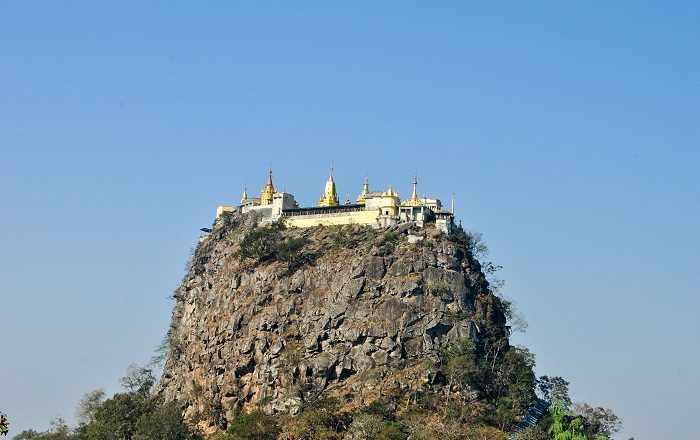 Taung Kalat Monsatery, better known as Mount Popa, is a very picturesque Buddhist monastery that is located on top of a volcanic plug that has the same name in the Mandalay Region of the Republic of the Union of Myanmar. 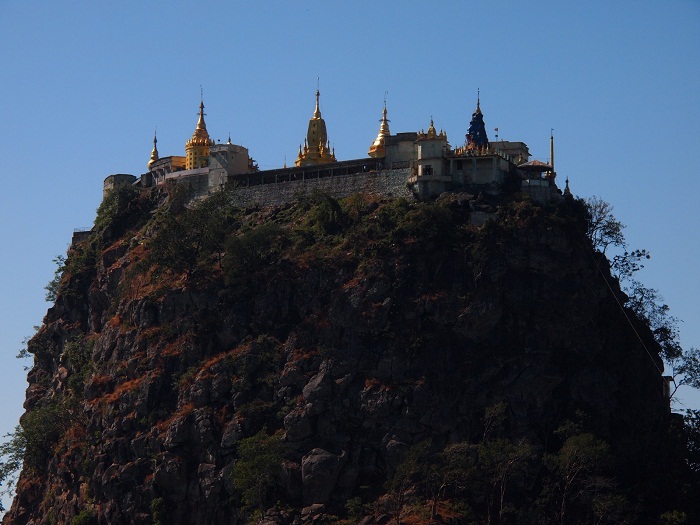 As it is part of the Mount Popa National Park, the monastery is famous for being home to 37 nats, better known as Burmese spirits, which are represented by statues at the base of the volcanic plug. To reach the top, there are 777 steps to the summit of Taung Kalat, which were at one time maintained by the Burmese hermit known for his works on Buddhist pagodas and other religious buildings in Myanmar, U Khandi. 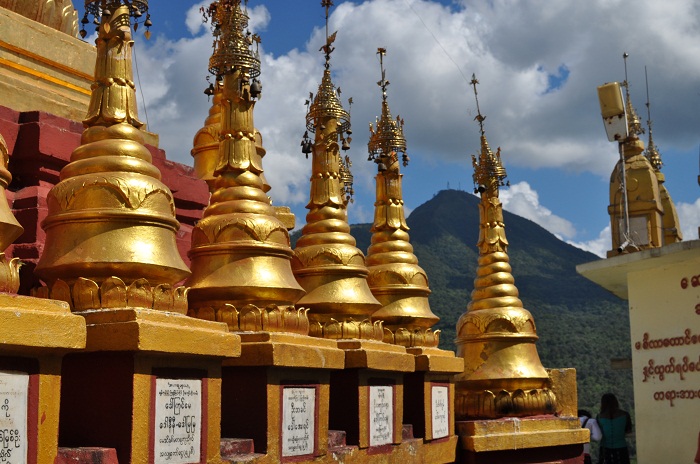 Once on the top, the panoramic view of the entire surrounding is simply breathtaking, however, the glistening gold stupas that are perched atop this interesting volcanic formation, are accompanied by bells and plenty of gold statues. Most of the time, the monastery is mistaken with the mountain that has similar name, Taung Ma-gyi, nonetheless, both are most of the time referred to as Mount Popa.

Still, “infested” with macaques who are eager to put their hands on some kind of food, bags or even cameras, Taung Kalat is a perfect daily spiritual trip to all those who are seeking some sort of spiritual awakening which is offered to them by the Buddhists who live there. 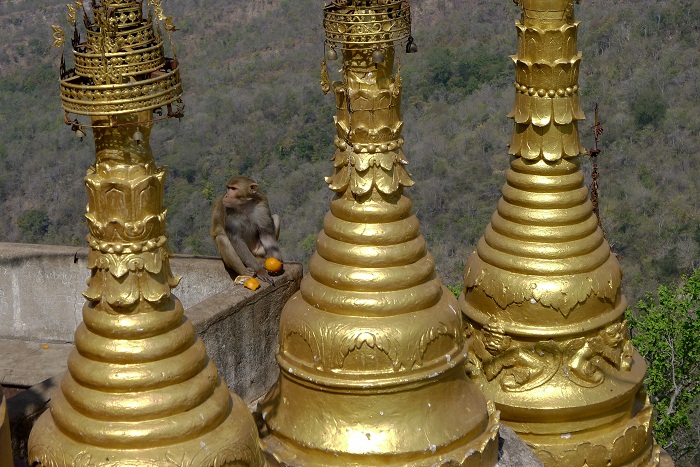 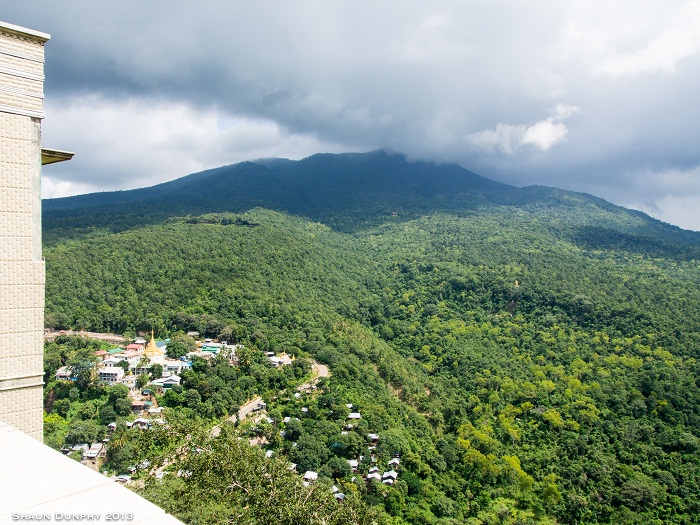 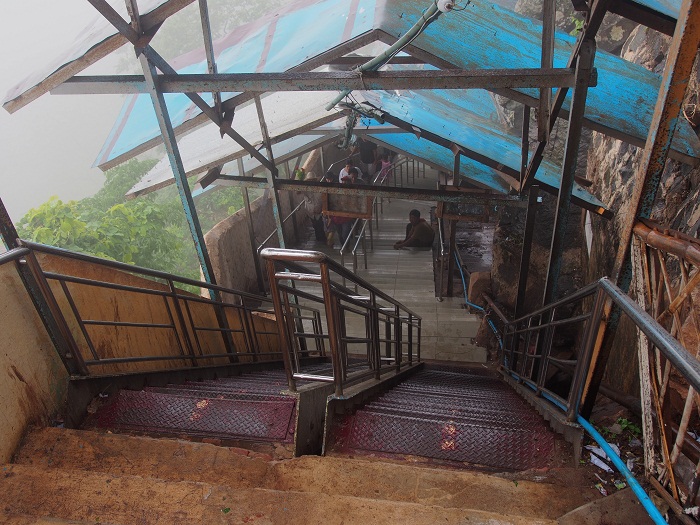 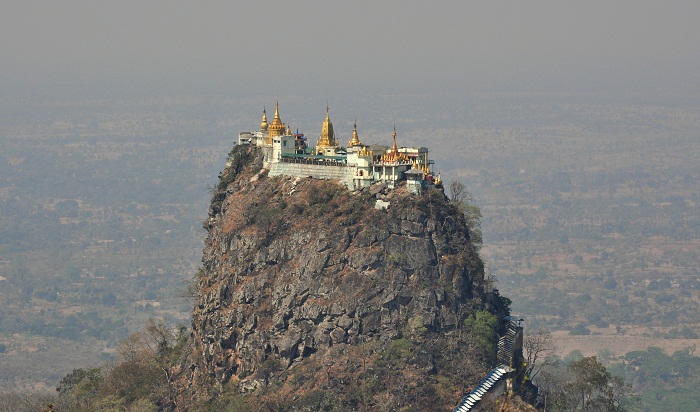 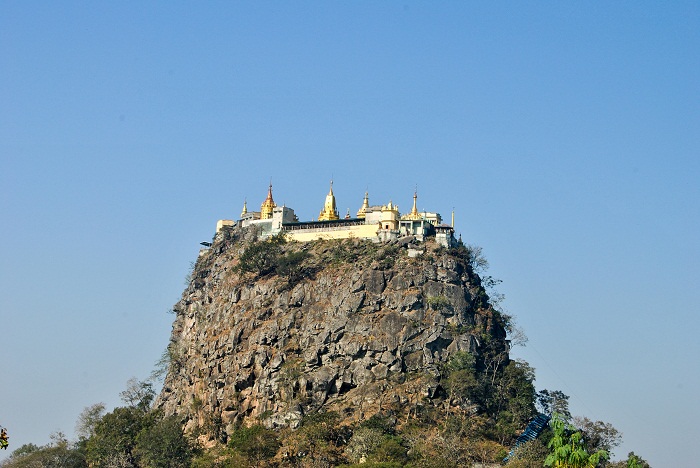