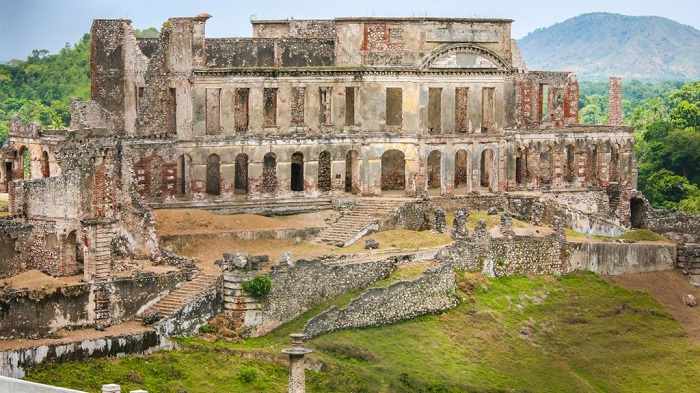 The Sans-Souci Palace was the royal residence of King Henri Christophe I of Haiti, the self imposed monarch who as a former slave had fought in the American Revolutionary War alongside George Washington. He then went on to be a key leader in the Haitian Revolution in 1804, when the small nation gained independence from France. 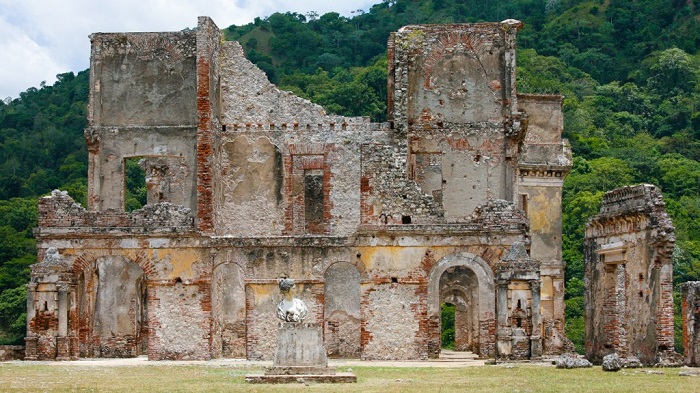 It was the most important of nine palaces built by the king, as well as fifteen châteaux, numerous forts, and sprawling summer homes on his twenty plantations. Construction of the palace started in 1810 and was completed in 1813. It is located in the town of Milot, Nord Department. Its name translated from French means “carefree.” Haiti was divided in two in 1807, and Christophe became President of the northern half, officially known as the State of Haiti. 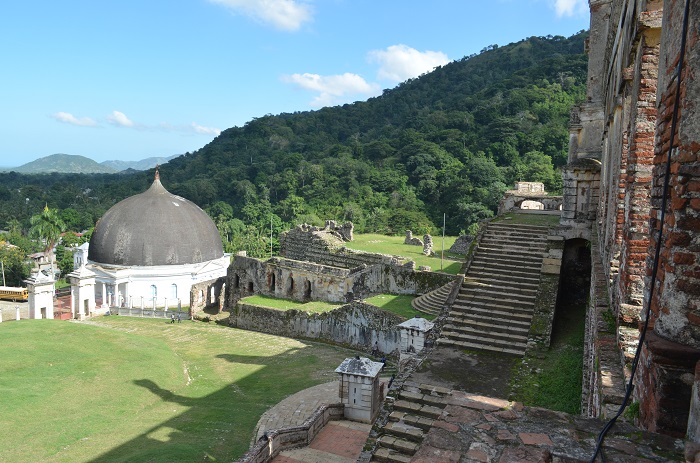 Seeking a more lofty title, Christophe decided to establish a kingdom in the north, and in 1811 had himself crowned Henry I, King of Haiti. His full title also established him, among other things, as a self-appointed “Destroyer of tyranny, Regenerator and Benefactor of the Haïtian nation.” The new king needed a royal residence, so he ordered the construction of Sans-Souci Palace at Milot, a former French plantation that Christophe had managed during the Revolution. Thousands of slaves completed the building in 1813—Christophe’s ruthless national policy of forced labor contributed to the swift construction—and soon became a bustling whirlwind of feasting and dancing, with grandiose gardens, artificial springs, and a system of waterworks. 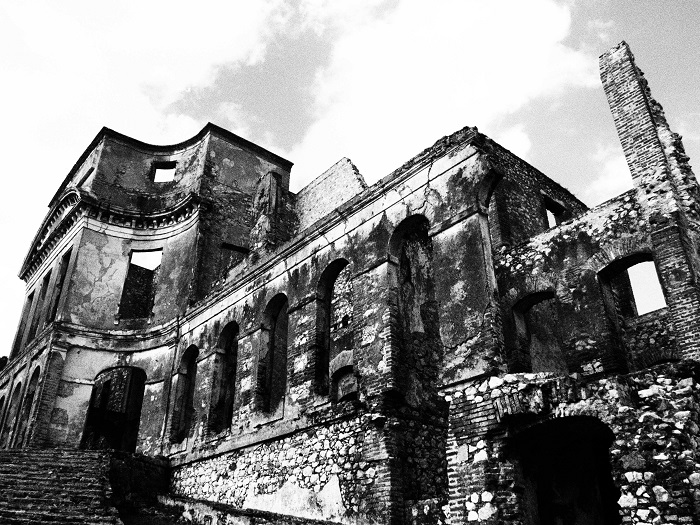 The impressiveness of Sans-Souci was part of Henri Christophe’s program to demonstrate to foreigners, particularly Europeans and Americans, the power and capability of the black race. 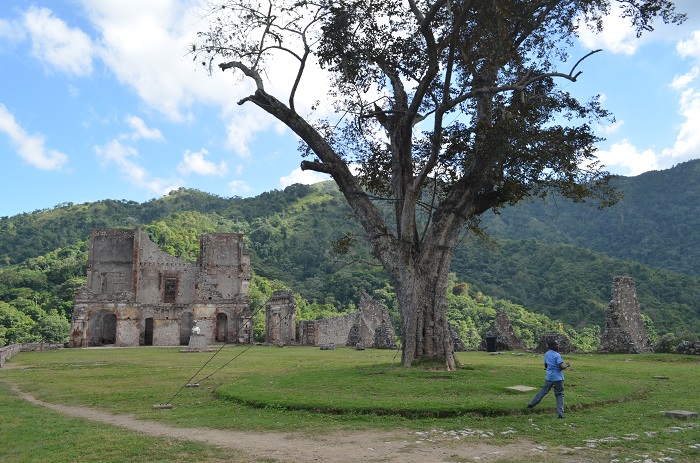 The African pride in the construction of the king’s palace was captured by the comment of his advisor, Pompée Valentin Vastey (Baron Valentin de Vastey), who said that the palace and its nearby church, “erected by descendants of Africans, show that we have not lost the architectural taste and genius of our ancestors who covered Ethiopia, Egypt, Carthage, and old Spain with their superb monuments.” 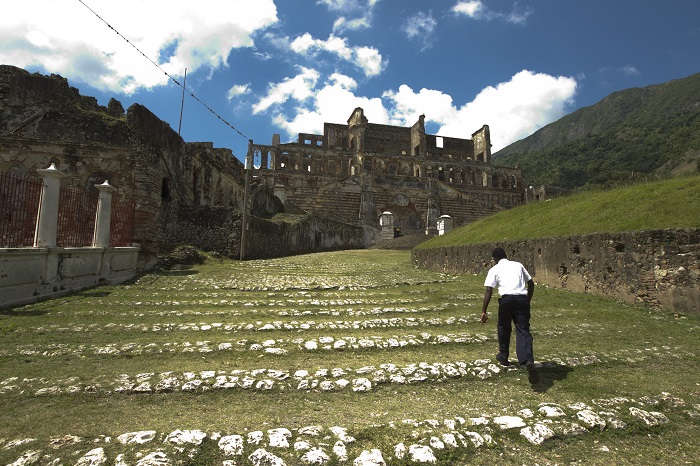 However, Christophe’s reign drew heavily on European monarchical signs of prestige. He established a hereditary nobility, along with coats of arms and prescribed ceremonial dress. But Christophe did not enjoy his sumptuous surroundings for long. The public resented him for forcing them to work long hours in the fields, and a stroke on 15 August 1820 left him partially paralyzed. 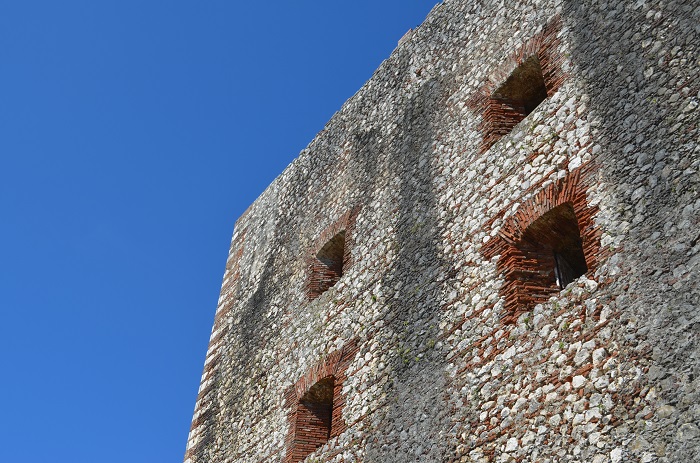 The autocratic king committed suicide 54 days after his stroke by shooting himself with a silver bullet. His son and heir to the throne was assassinated by bayonet 10 days later. An earthquake in 1842 earthquake destroyed several parts of the palace, but the remaining edifices give a sense of its former grandeur. 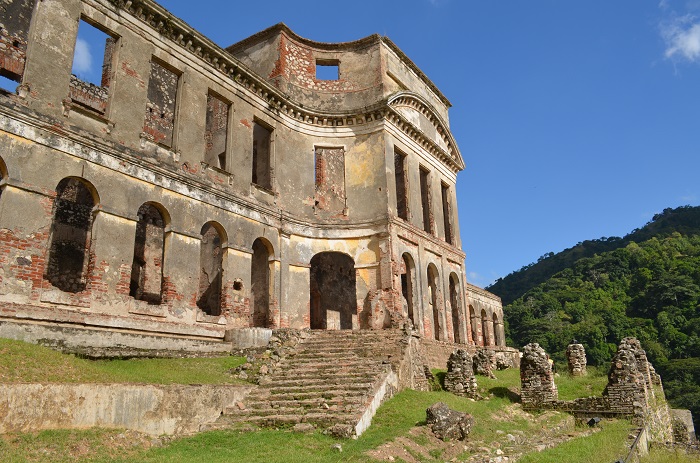 The palace (before its destruction) was acknowledged by many to be the Caribbean equivalent of the Palace of Versailles in France. UNESCO designated it World Heritage Site in 1982, together with the Citadelle. Described as “one of the most remarkable attractions in the Western Hemisphere”, the Palace of Sans-Souci is “seldom visited by foreigners” due to “decades of political instability and lawlessness” in Haiti. 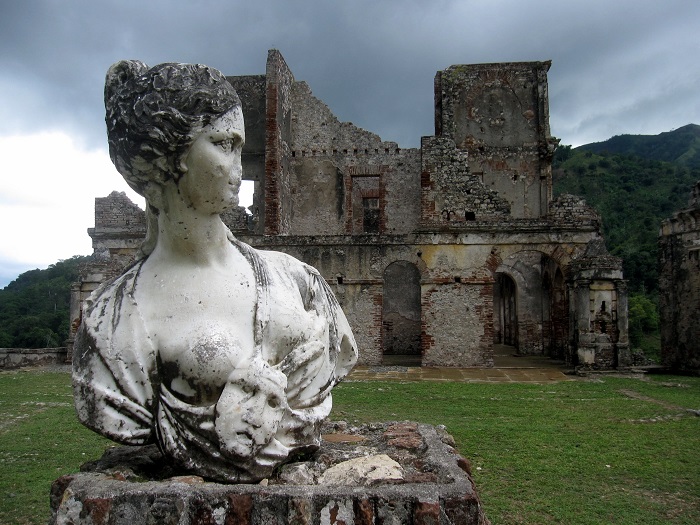 However, the area is relatively peaceful and easily accessible from the city of Cap-Haïtien. That is why this abandoned and glorious historic palace nowadays is getting more attention, and it deserves to be well known all around the world, since it had an important role in the past. 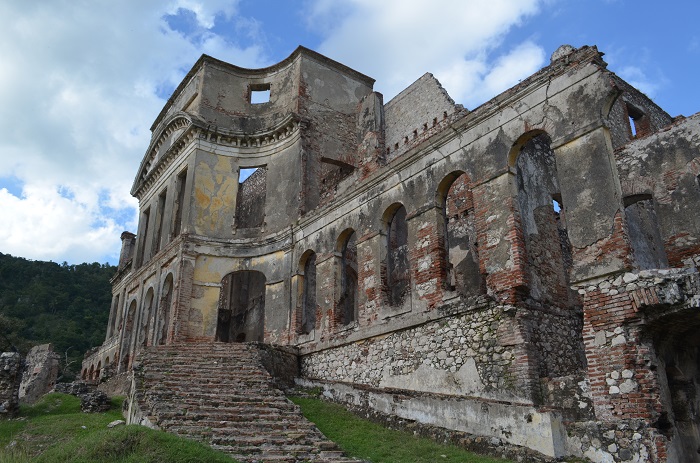 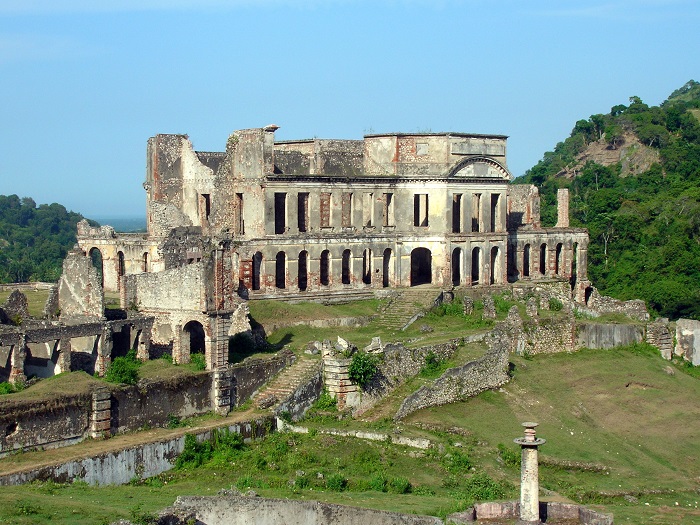 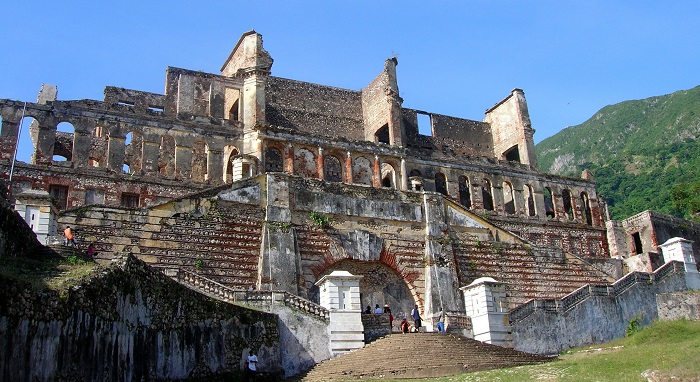 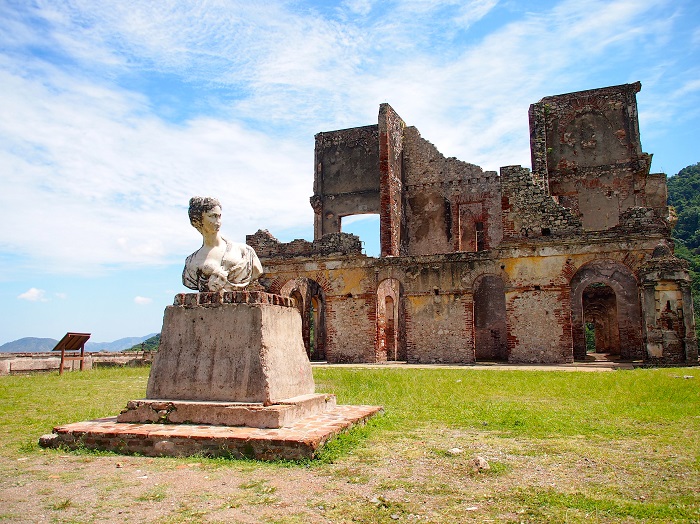 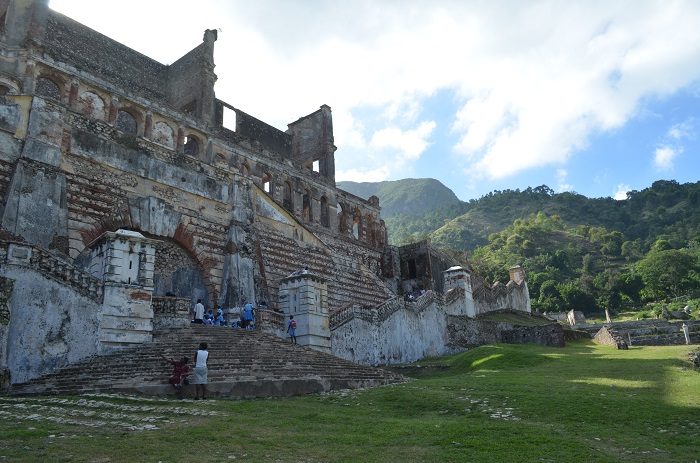