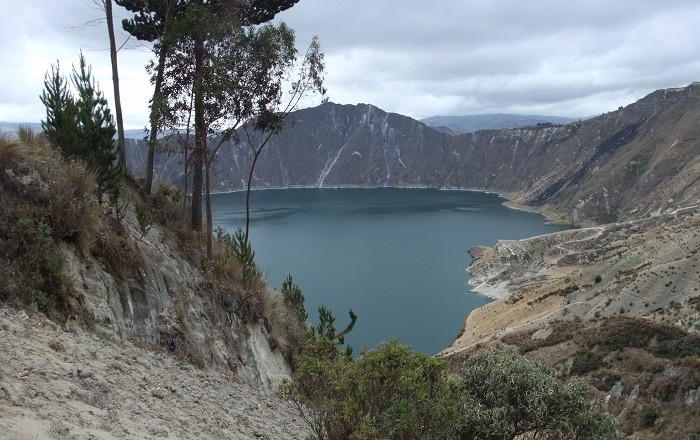 Quilotoa is a small caldera which is filled with water, located on the Andes Mountains in the Cotopaxi Province of the Republic of Ecuador. 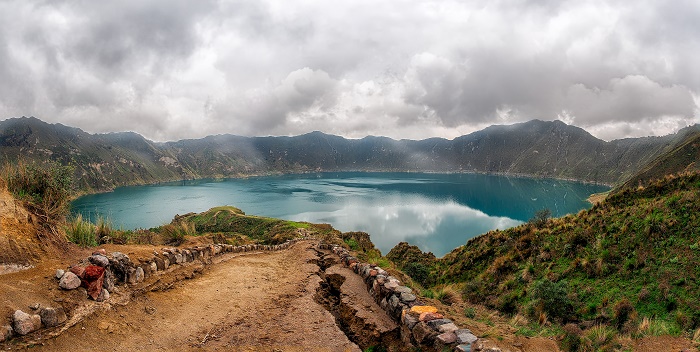 Being the western most volcano of the Andes in Ecuador, the caldera is 3 km (2 mi) wide, where it was formed by the collapse of a dacite volcano which eruption was some 800 years ago, and it was graded 6 according to the scale of the Volcanic Explosivity Index. 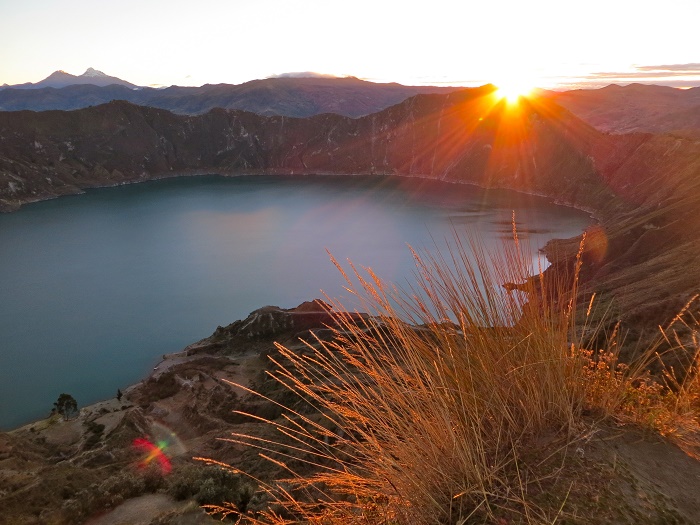 Throughout the history, there were several other eruptions, among which the fourth one was the one that created the lake, which is some 250 meters (820 feet) deep. The lake has an interesting and gorgeous greenish, somewhat turquoise color, due to the dissolved minerals, and at the bottom of the lake, there are also fumaroles from which gas is gashing out, and on the eastern flank there are hot springs as well. 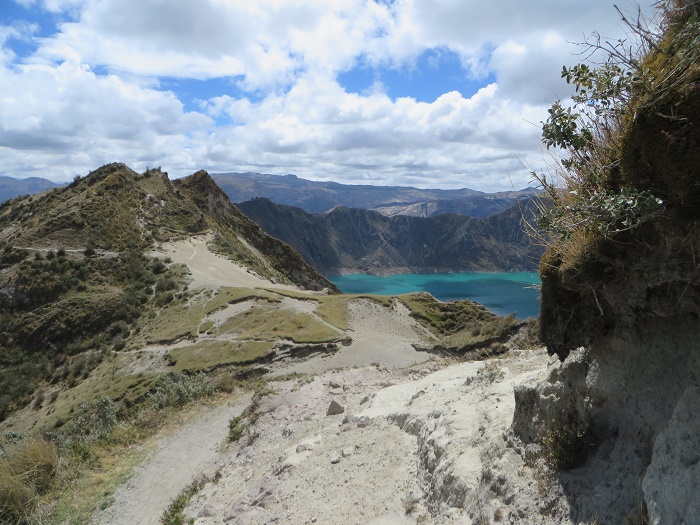 Standing at an elevation of 3,914 meters (12,841 feet) above sea level, it is one of the highest crater lakes in the world, nonetheless, it is interesting to those who would like to hike. As it is part of the mostly undeveloped countryside of Ecuador, and a home of many indigenous people, Quilotoa is increasingly growing in popularity among the visitors of the South American country. 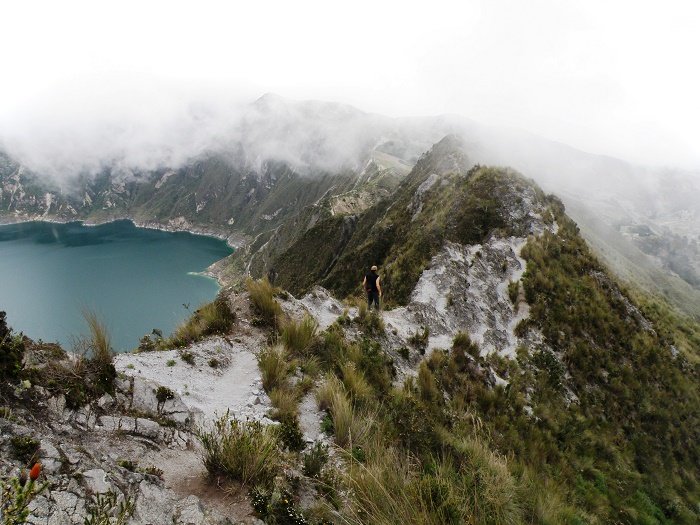 There are plenty of trails that lead to the crater lake, however, every hiker should be cautious as the trails even though being marked, or poorly marked, and one is definitely getting lost at least once. As the hikers are going up through sandy and steep places, higher effort should be put when there is fog. 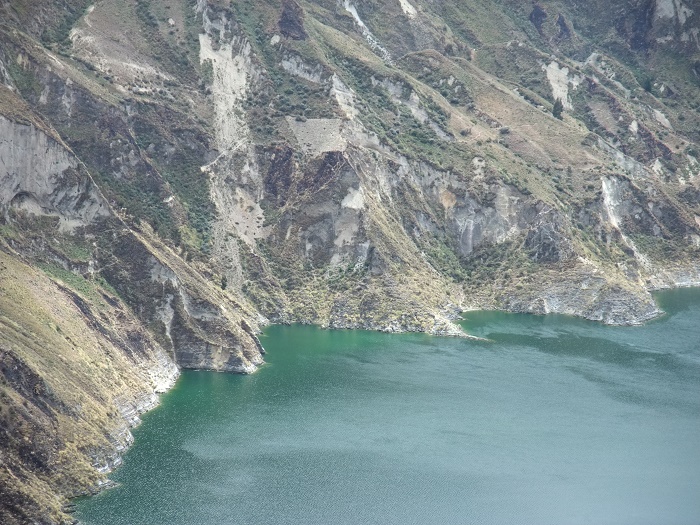 Once the summit is reached, the hiking can continue all around the irregular edge of the caldera which is some 8 km (5 mi) long. There are many simple hostels in the area that offer accommodation, but the most interesting feature for the visitors is the Quilotoa Loop, which is a remote, bumpy, mountainous road linking several high Andean villages and towns with the city of Latacunga.

All in all, being one of the most impressive sights of Ecuador, Quilotoa shall continue to be a breathtaking crater lake that will bring inspiration to all those who need a piece of paradise from the mountain tops. 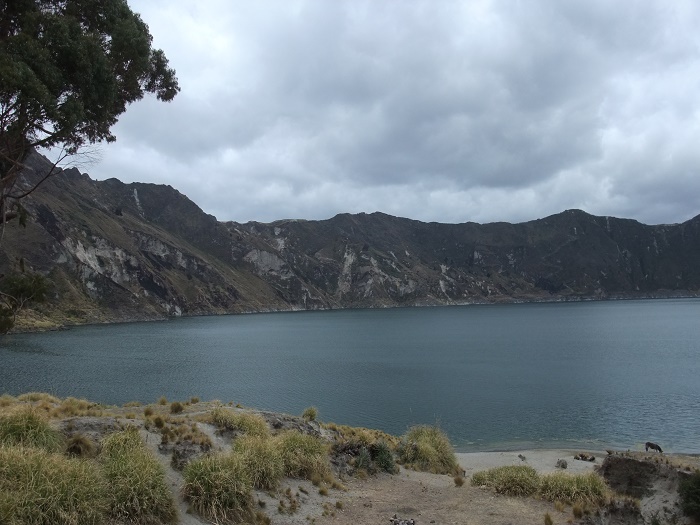 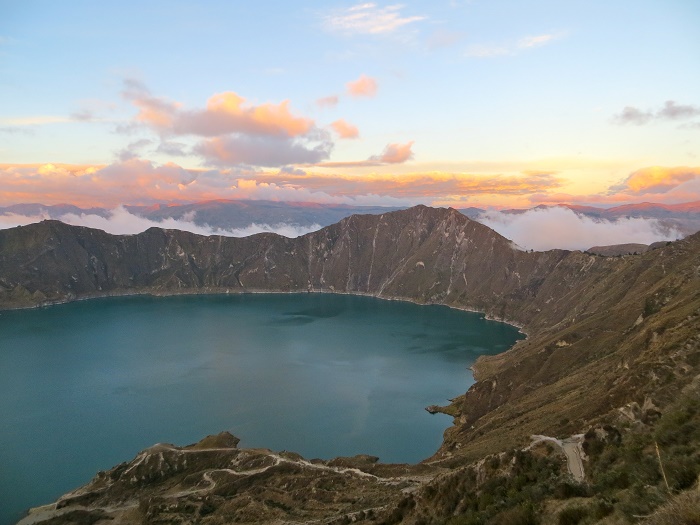 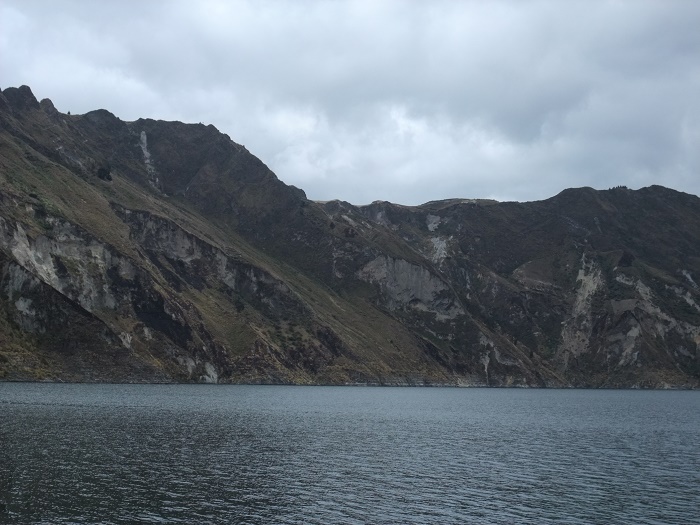