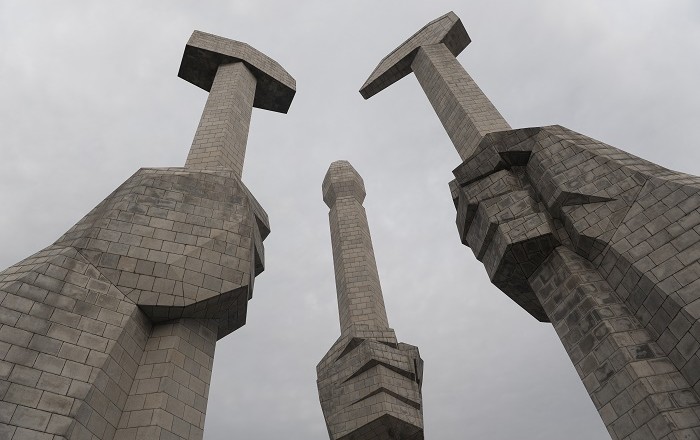 The Monument to Party Founding is a grandiose monument that is dedicated to the foundation of the Workers’ Party of the Democratic People’s Republic of Korea, most commonly referred to as North Korea. 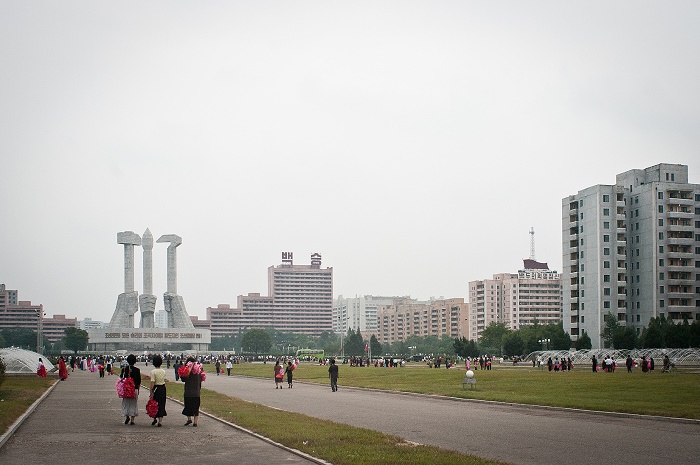 With its height of 50 meters (164 feet), the monument symbolizes the 50th anniversary of the foundation of the Workers’ Party of Korea, and it was opened on 10 October 1995. According to the design of the Mansudae Art Studio, it was built out of granite and bronze, and it has an outer belt with three different hands in the middle. 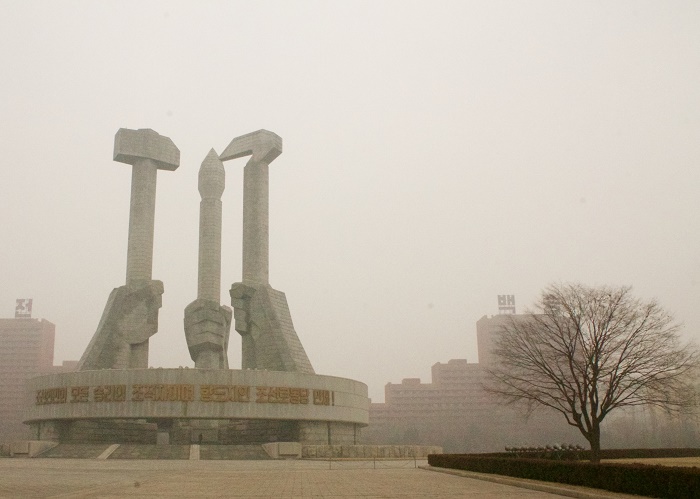 The number of slabs comprising the belt around the monument and its diameter stand for the date of birth of Kim Jong-il, the supreme leader of North Korea (2 February 1946, thus 216 blocks and inner diameter of 42 meters(138 feet). The inscription that can be found at the face of the monument reads: “Long live the Workers’ Party of Korea, the organizer and guide of all victories of the Korean people!”. 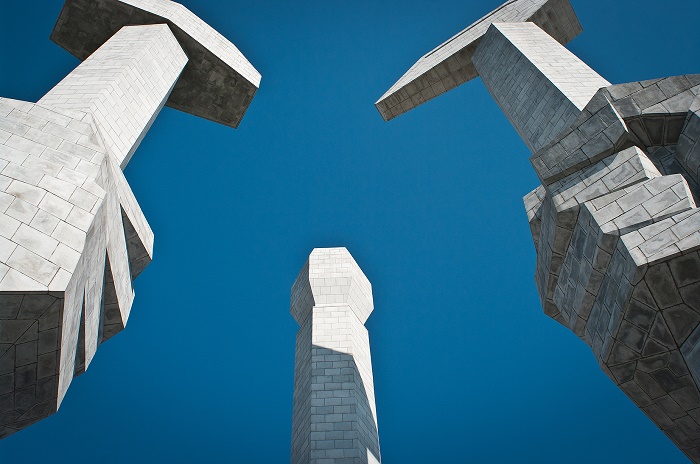 The interior on other hand, contains three bronze reliefs with their distinct meanings: the historical root of the party, the unity of people under the party and the party’s vision for a progressive future. Two red flag-shaped buildings with letters forming the words “ever-victorious” surround the monument. 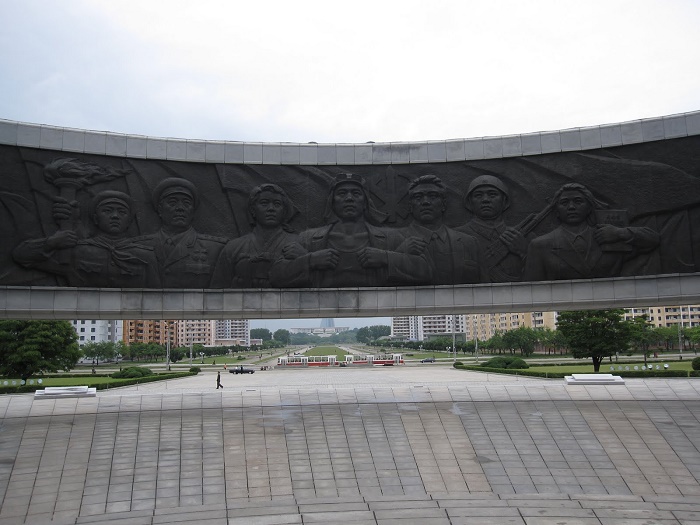 To reach the height of 50 meters (164 feet), the three gigantic hands are holding the hammer, the sickle and the brush representing respectively the worker, the farmer and the intellectual. Their place on the belt signifies that everyone in North Korea is united and together in a single heartbeat with the leader, the Party and the people. 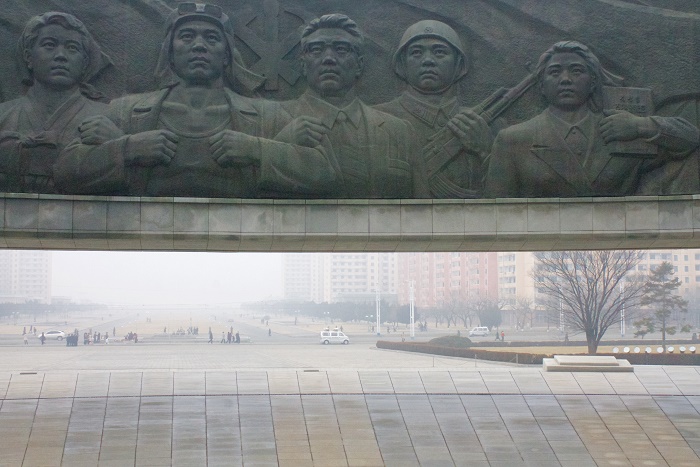 As it is located on the Munsu Street in the Taedonggang District of the capital city of Pyongyang, the open space in front of the monument is used for mass dances during national holidays, but most of all for gathering people to pay respect to the foundation political party of the country. 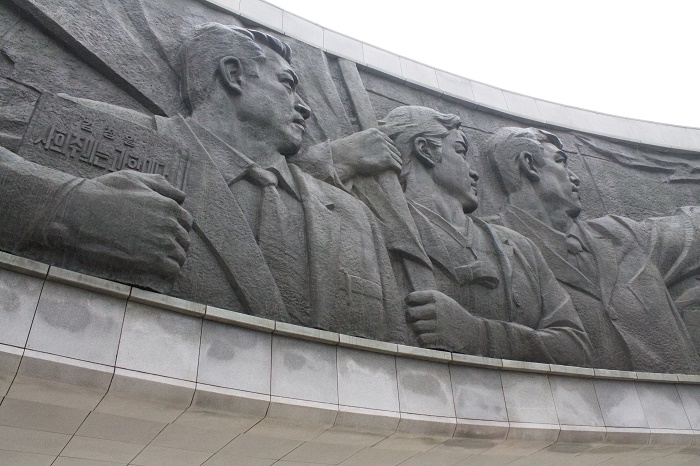 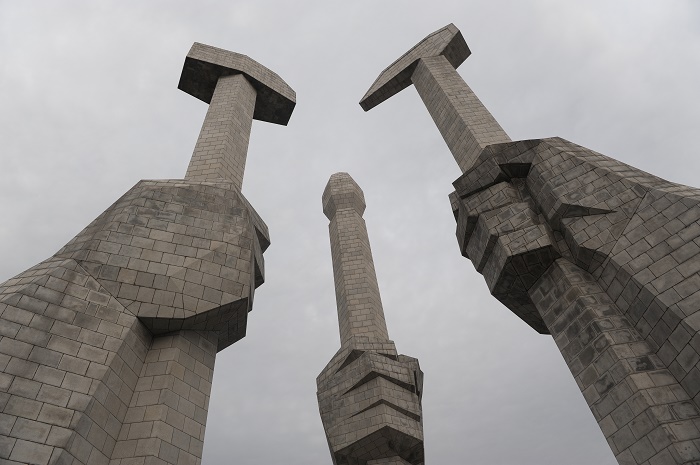 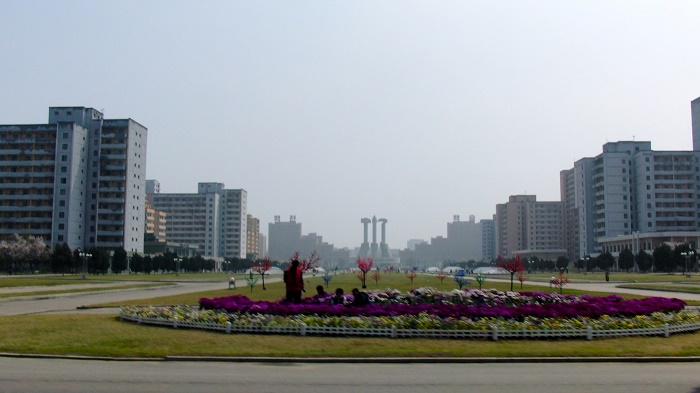 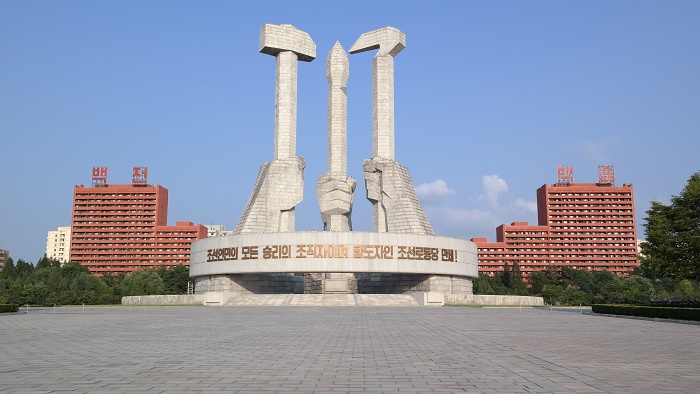