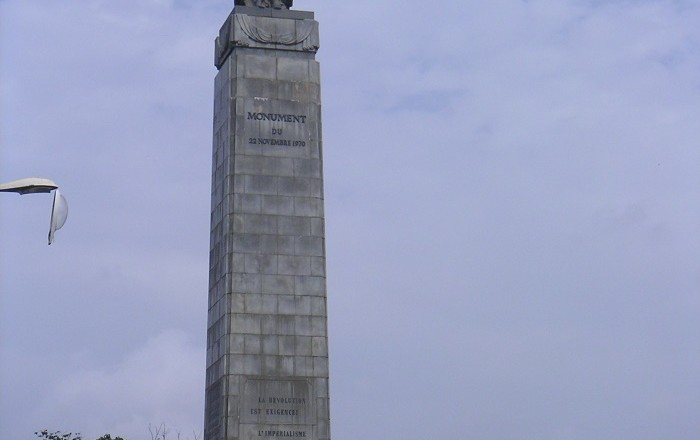 Monument du 22 Novembre 1970 is one of the monuments that are in the capital city of the West African Republic of Guinea, Conakry. The monument is celebrating the defeat of the attempted coup led by Portuguese troops in 1970, named Operação Mar Verde, or in translation from Portuguese Operation Green Sea. The events that happened the day before, on 21 November 1970 followed the unsuccessful operation when the Portuguese troops assisted by Guinean fighters, invaded the capital city Conakry from the sea with attempt to overthrow the Touré regime. First they captured the defunct Guinean concentration camp Camp Boiro, where they liberated the prisoners. At that time the camp commandant Siaka Touré managed to hide but the Minister of Defense of Guinea was captured and later successfully escaped and was hiding with the ambassador of Algeria. Since the coup attempt was an enormous failure, many of the opponents of the President Sékou Touré, were later imprisoned in the same camp which was attacked at first. The President was the one who laid the foundation stone, and was a joint work of the Guinean with the Chinese people. There is a legend for the monument which states: Monument of 22 November 1970. The Revolution is Imperative! Imperialism finds its grave in Guinea! 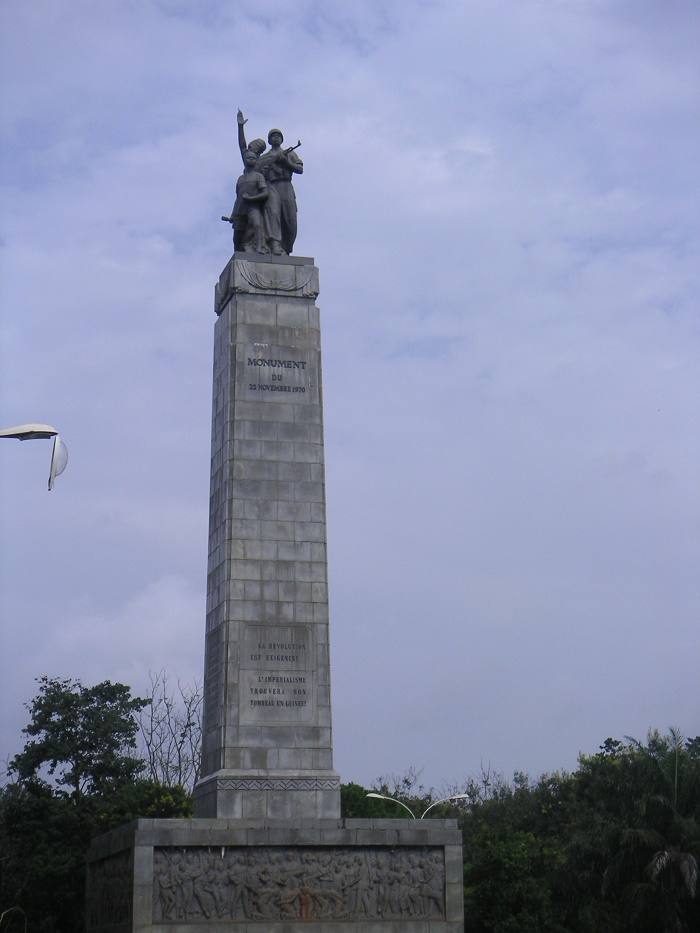