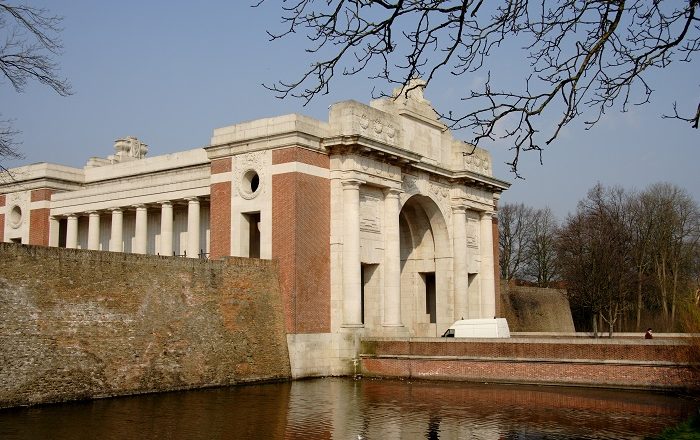 The Menin Gate, also known as the Menin Gate Memorial to the Missing, is a war memorial that is dedicated to the British and Commonwealth soldiers who were killed in the First World War in the area of the city of Ypres, within the Kingdom of Belgium. 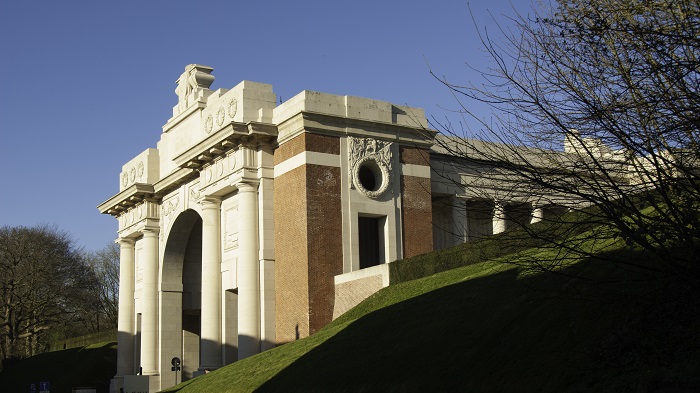 As it is known also by the city where it is located, the gate bears the names of more than 54,000 soldiers who died before 16 August 1917 and have no known grave. During the Great War, between October 1914 and September 1918, there were hundreds of thousands of servicemen of the army of the British Empire that marched through the city to the battlefields, where most of them did not return to their homes. 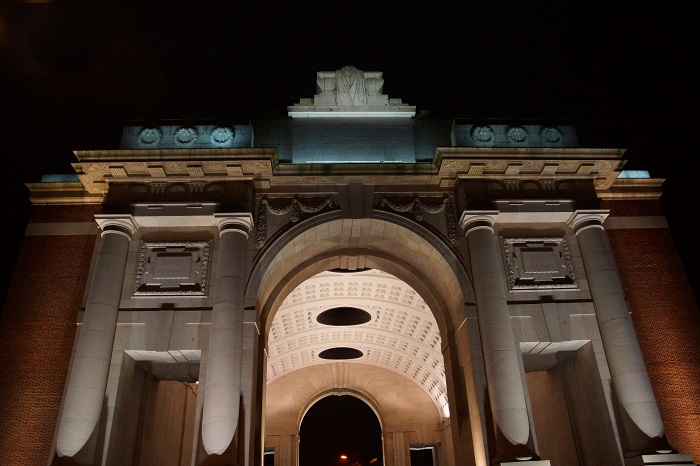 The triumphal arch that we see today was designed in 1921 by Sir Reginald Blomfield, and it is the entry to the barrel-vaulted passage for traffic through the mausoleum that honors the Missing, who gave their lives in order for the world to be free. The construction was carried out between 1923 and 1927, where on 24 July 1927, it was officially unveiled. 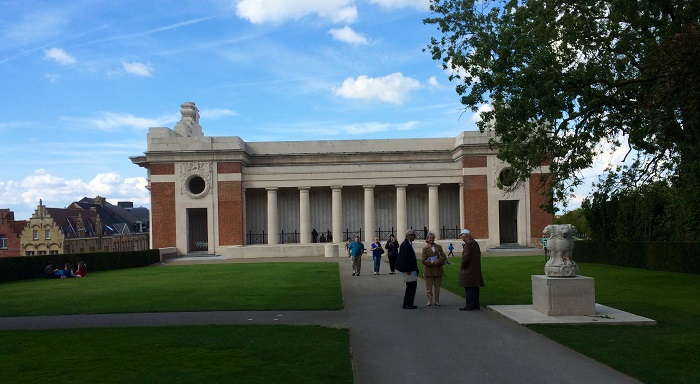 As it is dedicated to the British and Commonwealth soldiers, it is also British in style, as there is the patient lion on the top of the gate, but since it is located in Flanders, it is also representing the lion of Flanders. The lion is sitting on a sarcophagus and both together are the work of the Scottish sculptor Sr William Reid Dick, who had a distinguished career in the military, serving with the Royal Engineers in France and Palestine. 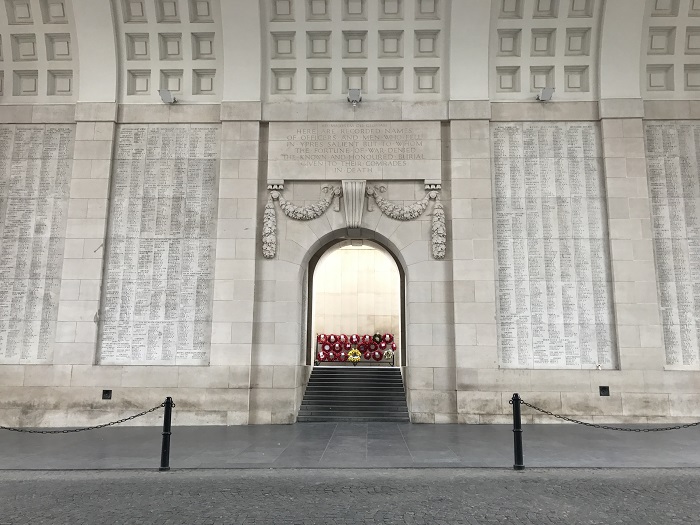 There is an inscription on the sarcophagus that reads: ‘To the Armies of the British Empire who stood here from 1914 to 1918 and to those of their dead who have no known grave’. 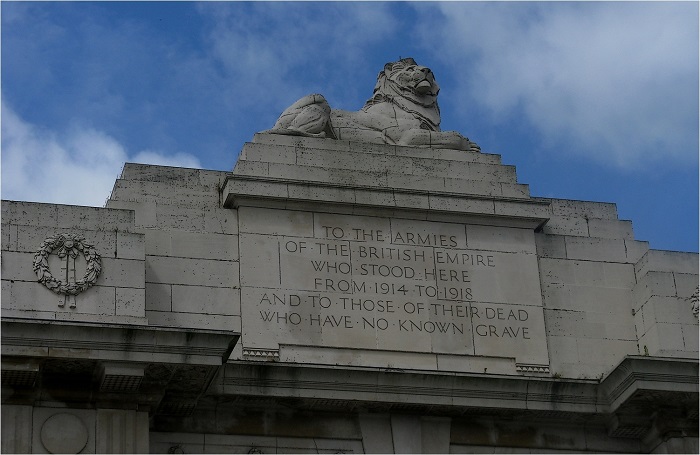 Furthermore, the names of all of the officers are engraved in Portland Stone panels fixed to the inner walls of the central Hall of Memory, together with the sides of the staircases leading from the lower level to the upper exterior level, and on the walls inside the loggias on the north and south sides of the building. 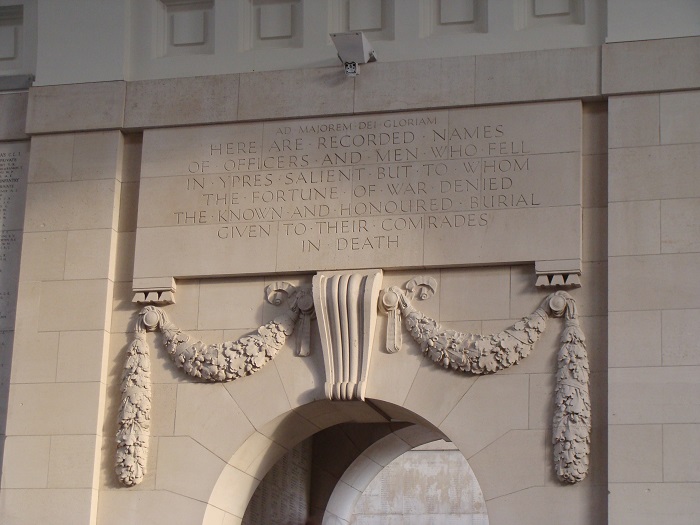 Built with reinforced concrete faced with Euville stone and red brick, the architectural style is a Neo-classical which features wreaths and garlands as well. Soon after the completion, the Menin Gate became a prominent place of pilgrimage for visitors to the battlefield, and since 1928, the Last Post has been sounded every evening at 20:00h under the memorial. 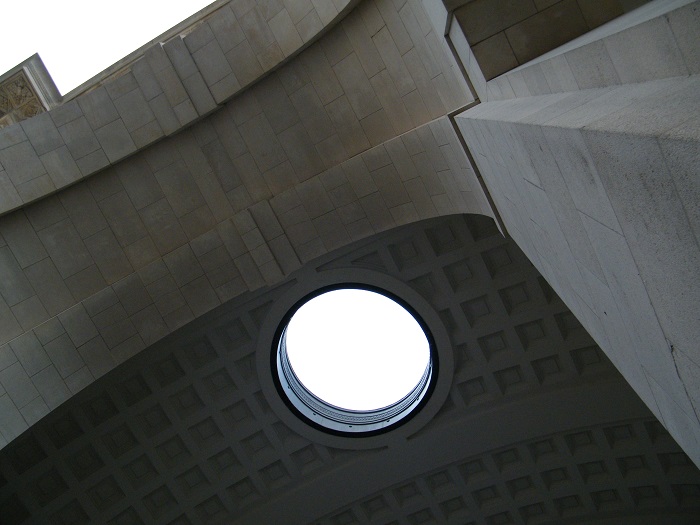 This ceremony was only interrupted during the Second World War. Nevertheless, even though it has been a century already since the Great War, nowadays, still remains of missing soldiers can be found in the countryside around the town of Ypres. 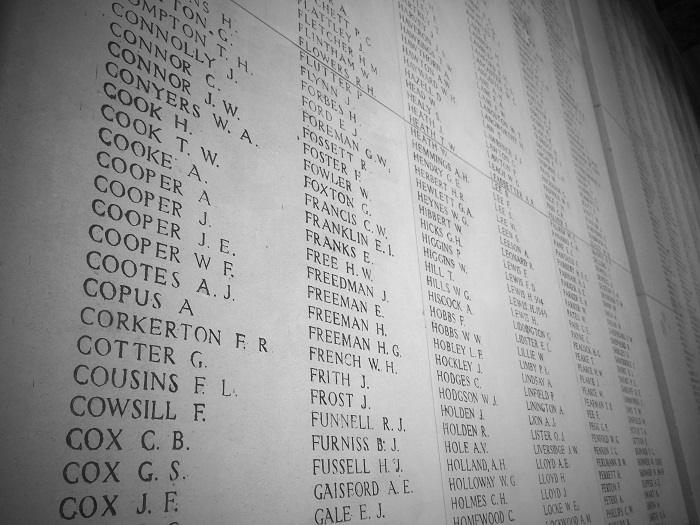 All of them are receiving a proper burial in one of the war cemeteries in the region, and if the remains can be identified, the relevant name is removed from the Menin Gate. Certainly, being one of the most well known war memorials in the world, it is worth to mention that the Menin Gate is one of four memorials to the missing soldiers in Belgian Flanders who definitely will never be forgotten for their bravery and actions! 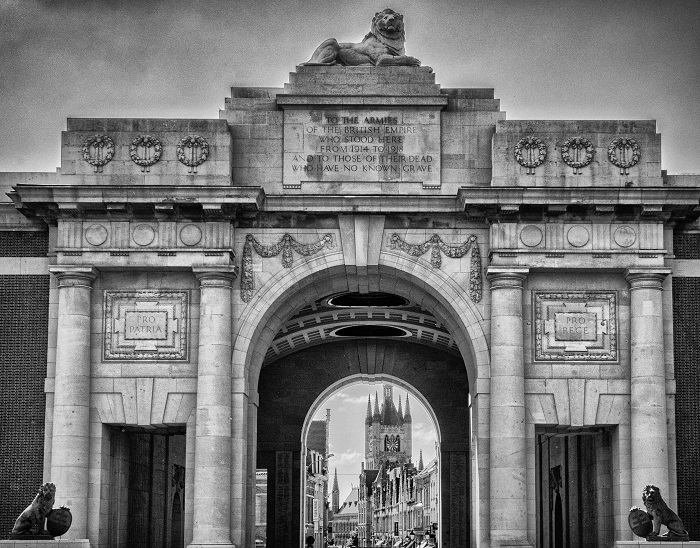 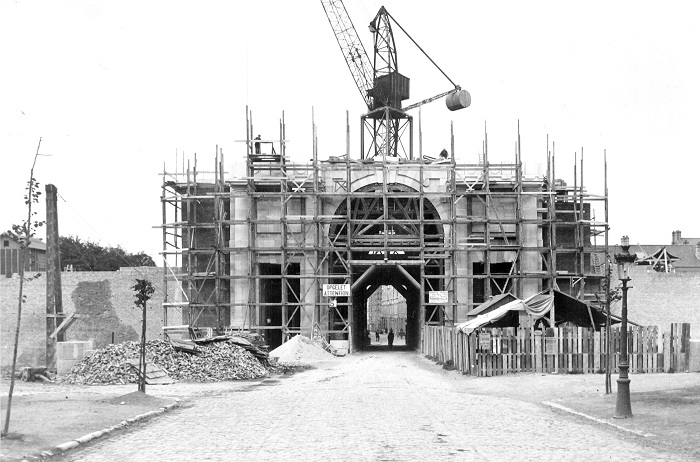 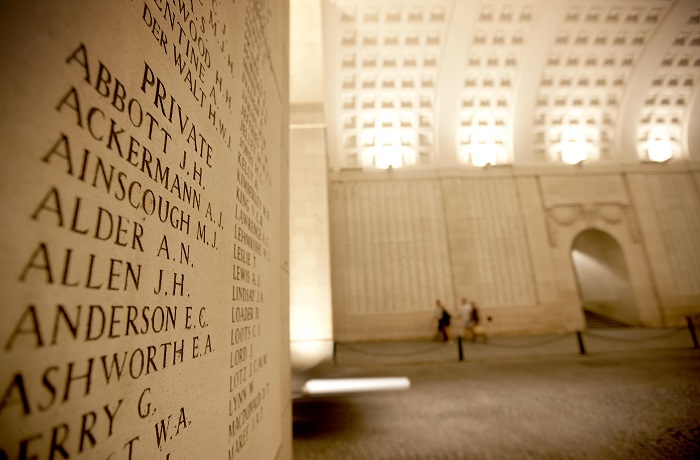 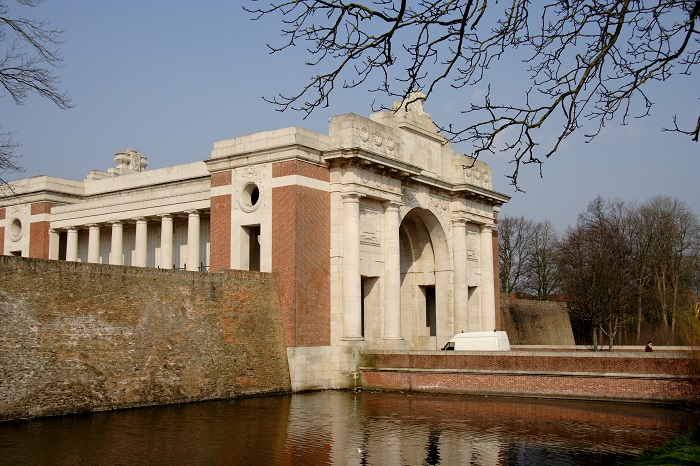 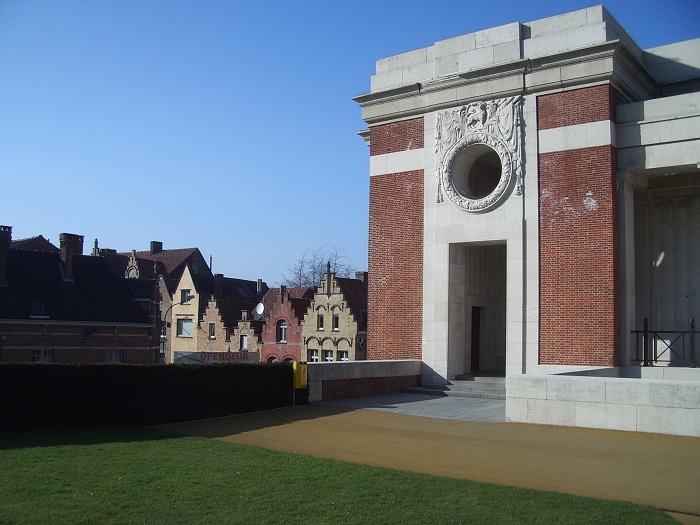 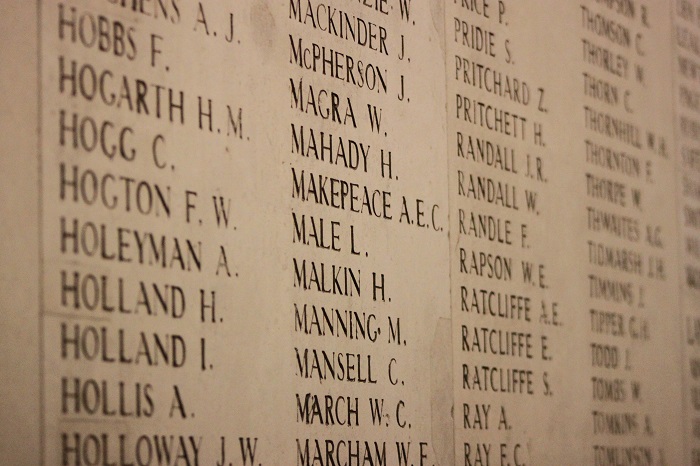