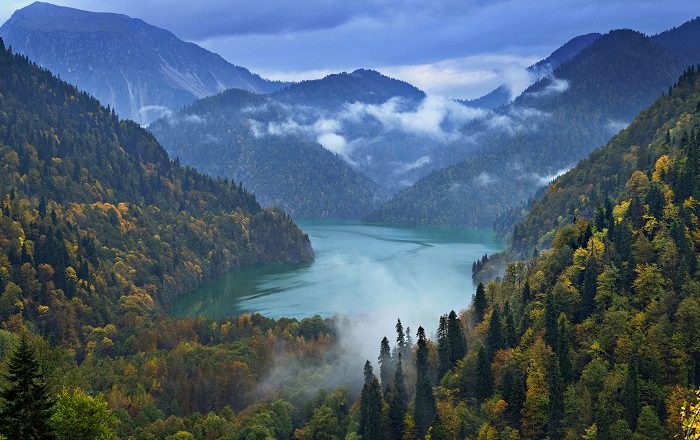 Lake Ritsa is a mountainous lake that can be found in the north western part of partially recognized Republic of Abkhazia, in the vicinity of the border with the Russian Federation, within the Republic of Georgia. Surrounded by plentiful mountains from the Caucasus mountain region, the lake is a superb place where people can relax and enjoy in the impressive nature Georgia is offering. 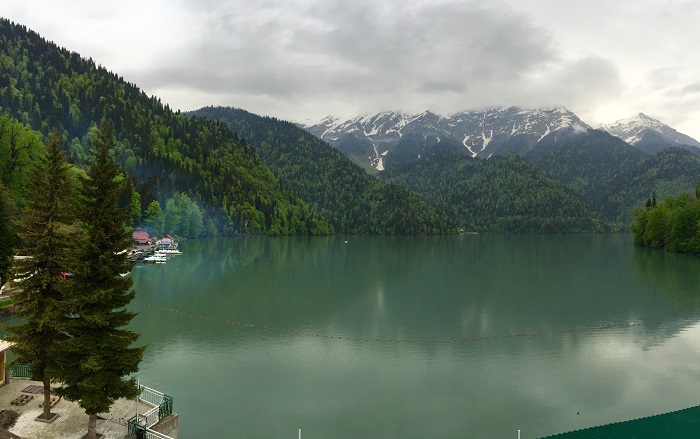 Considered to be among the deepest lakes in the region, the maximum depth that was measured is 116 meters (381 feet), where there are several rivers that flow into, nonetheless, only the Iupshara River is the out flowing one. 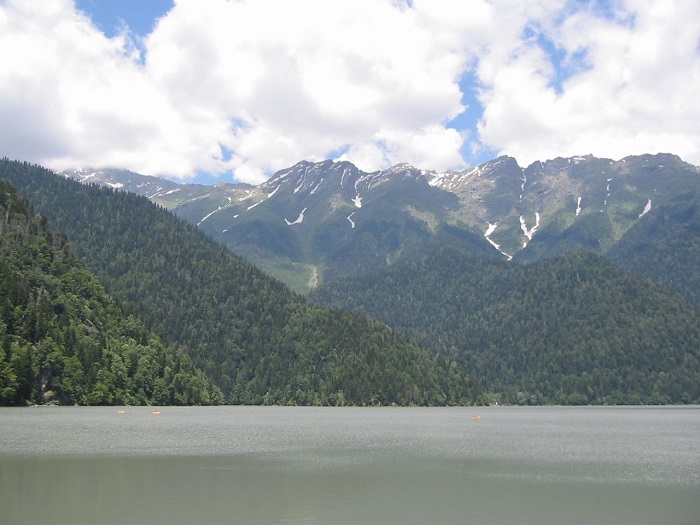 Located within the Ritsa National Park, there is one bigger settlement names Avadhara which is standing at an elevation of 1,600 meters (5,200 feet) above sea, and it is surrounded by amazing forests that are combined from fir, spruce, and beech. 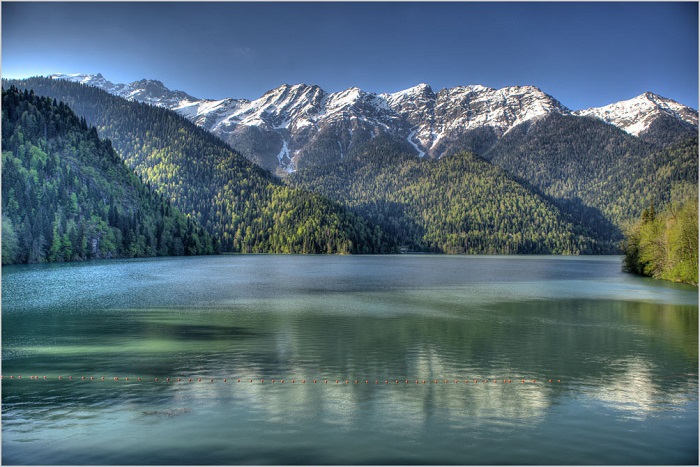 Due to the ongoing conflict Georgia has with Abkhazia, most of the tourists visiting Lake Ritsa are from Russia, where even the former Soviet leaders Joseph Stalin and Leonid Brezhnev had one of their summer houses here. Today those houses are opened as museums and the government of Abkhazia is in charge of them.

It is not a secret that the changing of the water colors from greenish-blue to emerald-blue is attracting visitors every season, and as it is usual, there is a very rich environment for the trout to be thriving here. 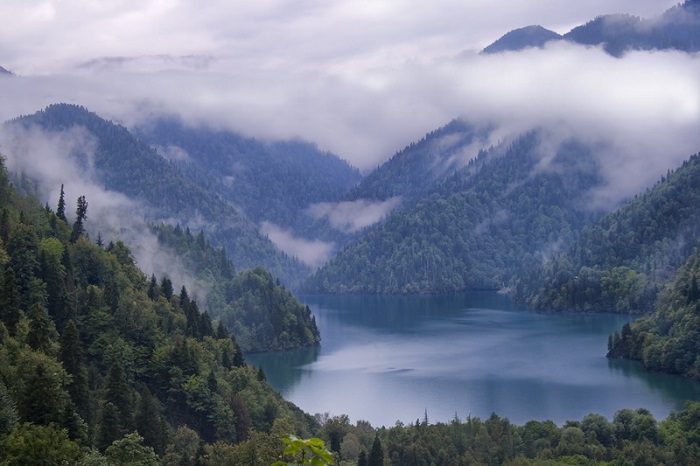 All in all, a very well developed area where everyone can enjoy in this mesmerizing Abkhaz-Georgian beauty, which seems to be gaining more attention with the globalization and having in mind that there were the Sochi Olympic games in the vicinity of Lake Ritsa which actually made the general public to be more aware about the beauty of the region. 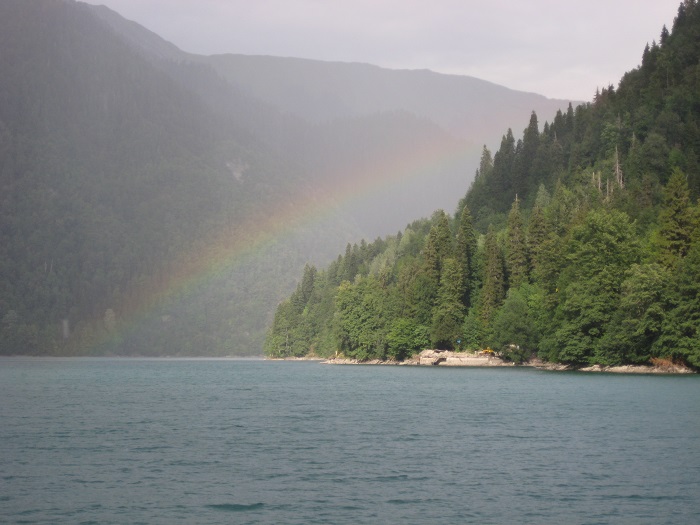 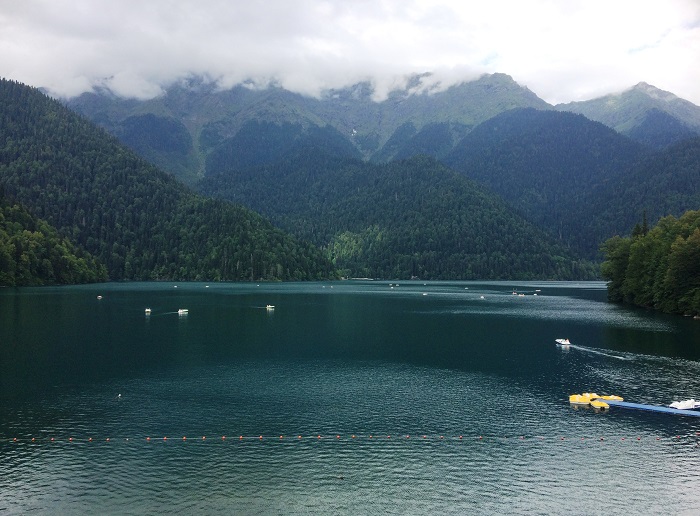 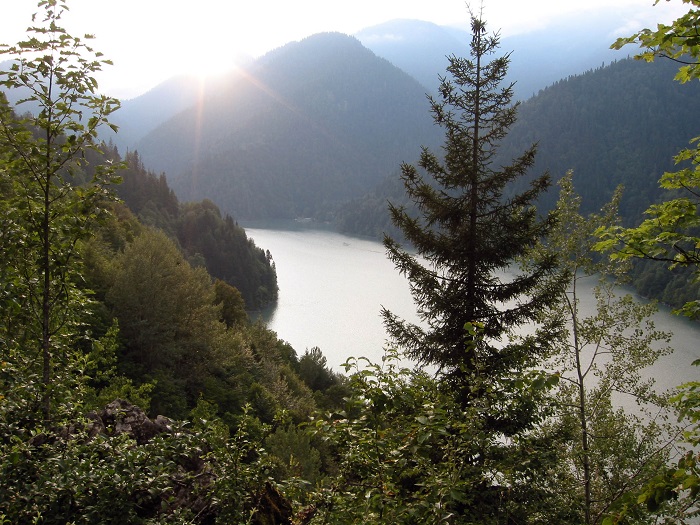 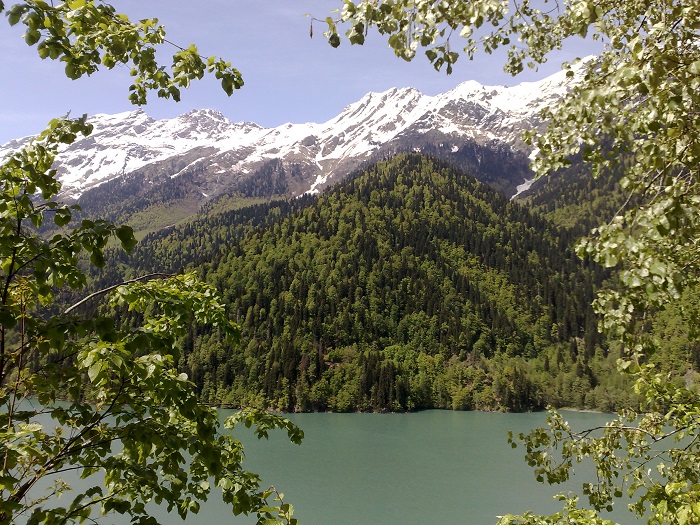 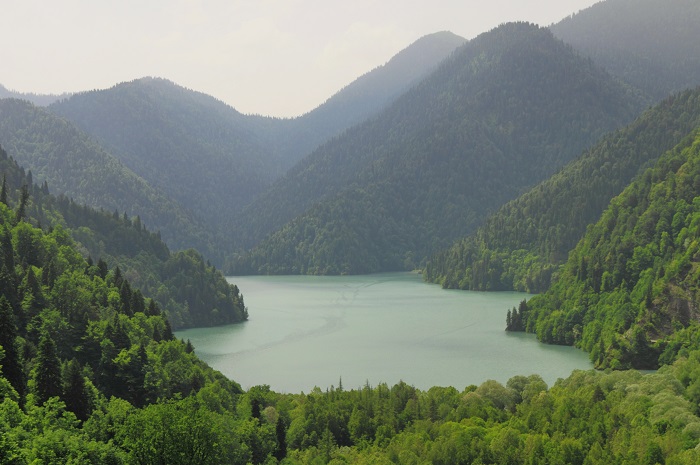 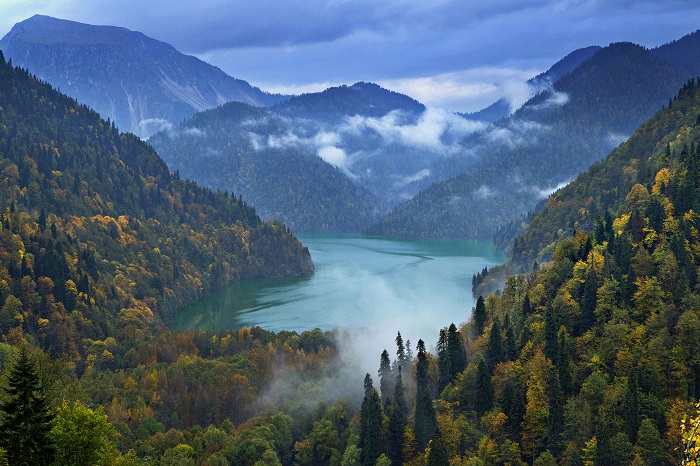