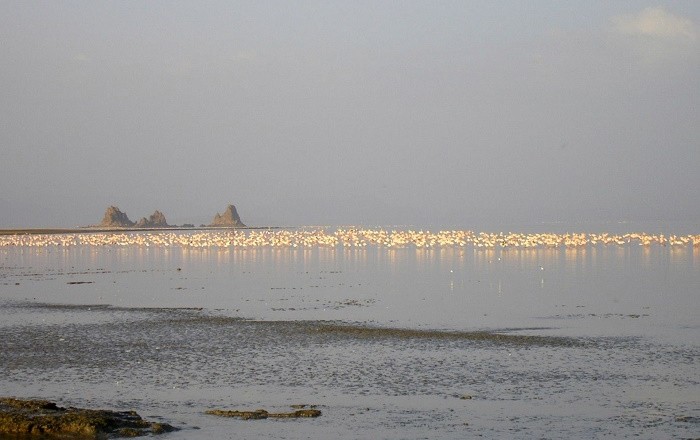 Lake Abbe, also known as Lake Abhe Bad, is an impressive small lake which is part of a chain of six connected lakes, located and shared between the East African countries, the Republic of Djibouti and the Federal Democratic Republic of Ethiopia. 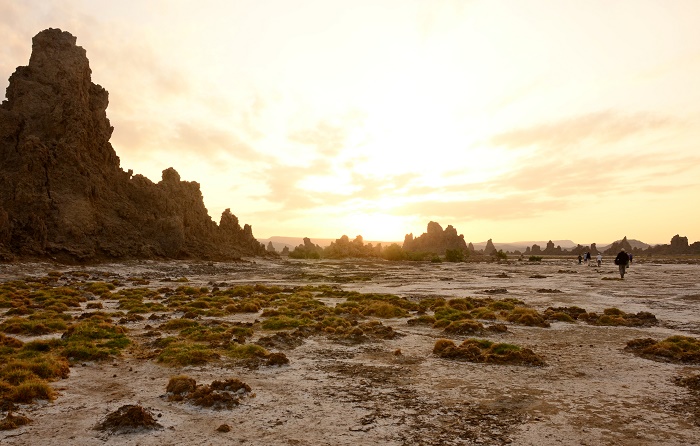 Situated in the middle of the hot and hellish Afar Depression, Lake Abbe is filled with water from the Awash River that flows from Ethiopia, however, it must be noted that the lake water is salty. With a lunar, desolate, strange, and interestingly beautiful landscape surrounding the lake, one can distinguish the lake easily due to the dark blue-green color that is surrounded by a a land otherwise dominated by browns and black. 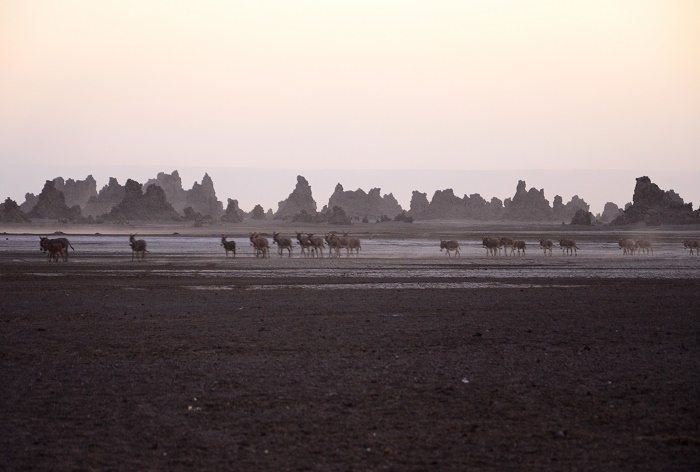 Set in the Afar Depression, to the northwest of the lake can be seen the Mount Dama Ali which is 1,069 meters (3,507 feet) high dormant volcano, while along the southwestern and southern shores extend vast salt flats. The most important feature for which the Lake Abbe is known are the sulfuric vents that look more like a chimneys from the Earth, which would lead only to one thought, something apocalyptic must have happened there. 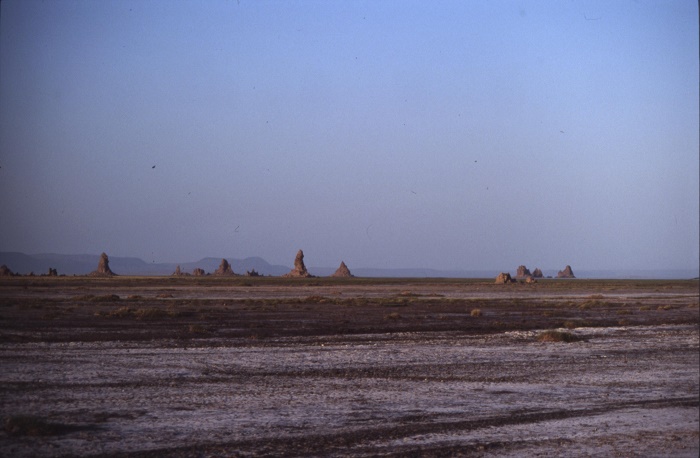 Some of those vents are high up to 150 meters (492 feet), and the more scientific explanation for their creation is the calcium deposit from the boiling water that bubbles up to the surface and continues as puffs of vents from the top of the chimneys. 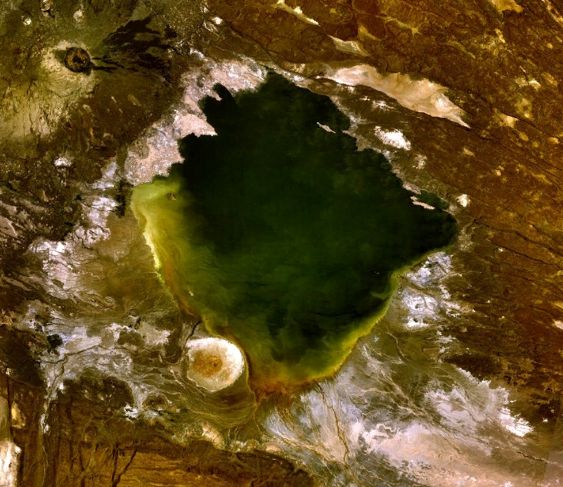 As a matter in fact, the African Plate splits into the Nubian and Somalian Plates which with their strain they have created this alluring place. As they are drifting apart, the crust above them thins until it cracks, and magma pushes to the surface through the thin spots and warm underwater springs. 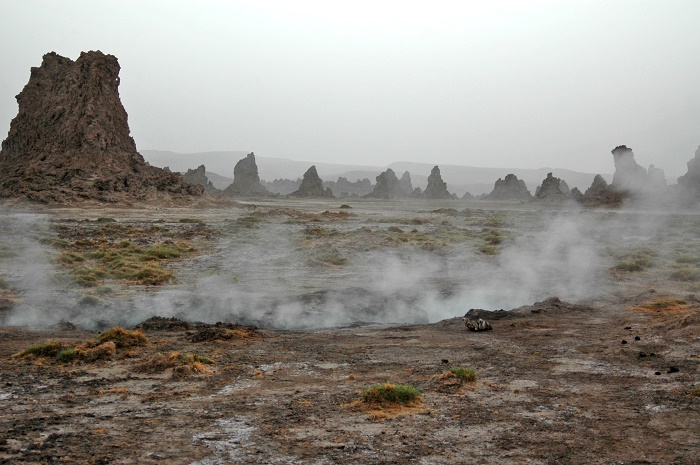 This very interesting lake is surrounded by rift volcanoes, and so far the deepest point that has been is around 36 meters (118 feet) deep, with water level that is different according to the season, the droughts and the extraction of water from the Awash River. 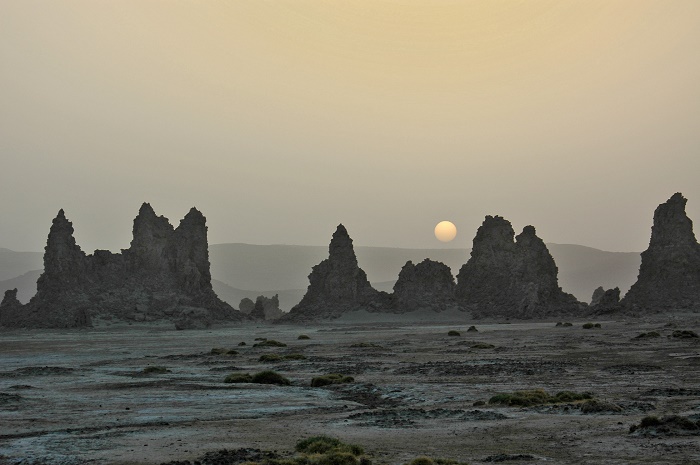 Nonetheless, offering attractive sunsets with surreal landscape, definitely the two African countries can offer to the world something unique, unusual, as well as out of this planet memorable experience. 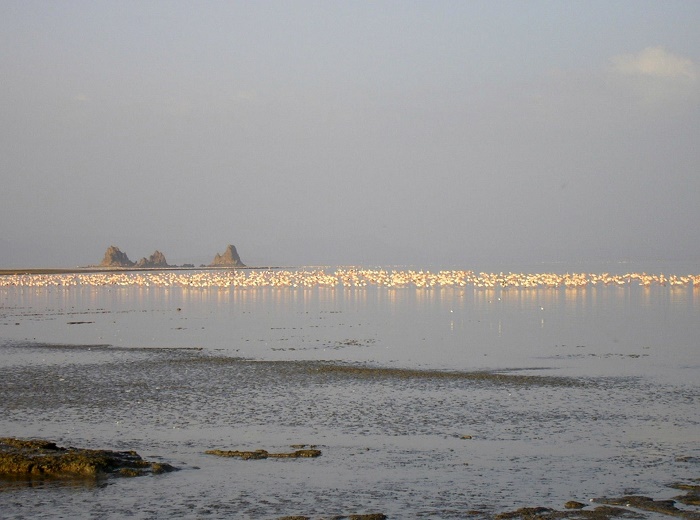 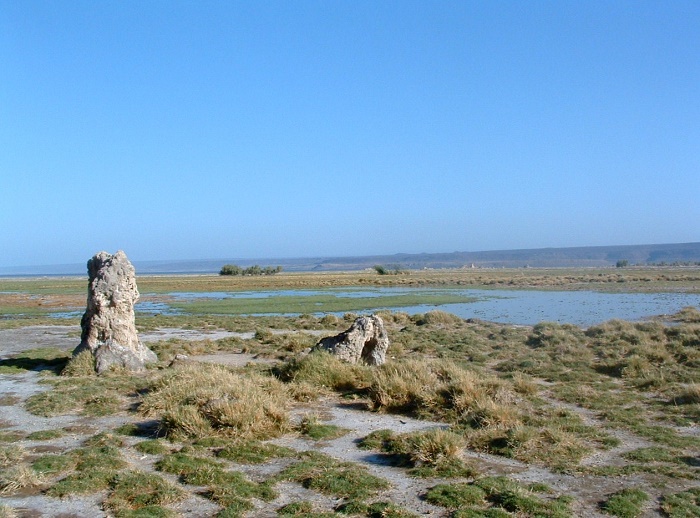 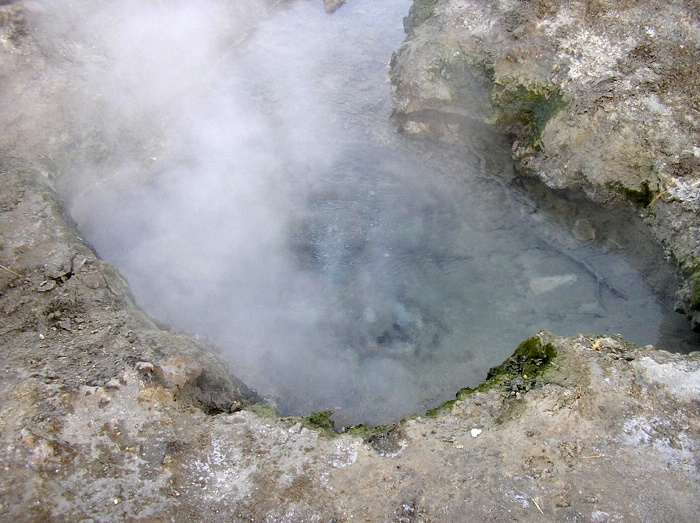